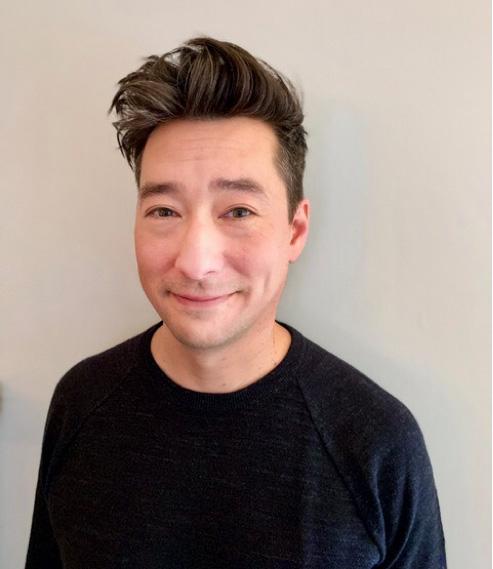 Q&A: Composer Justin Hori on His Favorite Music in Ads

Famed for crafting riveting aural experiences to drive brand messages, Hori has created work including the infectious thumper "Da Diddy Da" from last summer's Apple iPad campaign and the anthemic pop of Adidas' "Your Future Is Not Mine," which won a silver at the Clio Music Awards in 2016.

Based in the Second City for the past three years, Hori's shift to Human places him at a shop with considerable reach through offices in New York, Los Angeles and Paris. Recent A-list work includes efforts for Adidas ("Original Is Never Finished"), Nike ("Want It All," "Here You Are"), Tourism Australia ("Dundee") and Brooks ("The Running Dead").

Muse caught up with Hori for a quick chat, touching on a range of subjects in just his third day at the new job.

Muse: Why is Chicago a great place for Human's expansion?

Justin Hori: Chicago is a big ad market that is underserved when it comes to great music companies. Human already does a significant amount of work out of the market, so it feels like a natural move to have a physical presence here and be more connected with the community. There's also a thriving music scene of artists who are interested in working with brands. Collaboration with young talent like that always elevates the work.

Any initial projects at Human you can talk about?

It's only my third day, but I've already been briefed in on an ambitious project that features lots of up-and-coming artists. Can't talk about the partners, but it's an exciting way to begin my time at Human. Creatively, my long-term goal is to support the work that's coming out of Chicago.

Which work of yours would you put on a greatest-hits playlist?

Adidas' "Your Future Is Not Mine," the song I wrote that was used for the spring/summer 2016 campaign.

For Google Pixel's "Voices," we were tasked with creating an a cappella arrangement of "Just the Two of Us." It was performed by a group of over 50 singers. The spot, directed by Autumn de Wilde and choreographed by Ryan Heffington, featured the on-camera talent lip-syncing to our arrangement.

And Apple used my track "Da Diddy Da" for a four-spot iPad campaign last year. We were notified by Shazam that it was one of the top 10 Shazamed songs the week the spots came out.

The takeaway from all of these music executions was that we tried to do something unique and fresh and not worry as much about what was on trend, or reference our own industry in making something great. Originality is a bolder choice, but often rewarded.

When planning music for an ad, what's the first point clients should consider?

It's important to consider how you want the viewer to feel about the brand and spot. A mistake I encounter is when brands try to borrow equity from artists without considering the execution: Is the song actually the right choice to strengthen the creative, or does it just add cool points from artist association? There is always a way to both tell the story and strengthen a brand with artist involvement; it just needs to be done thoughtfully.

What's your all-time favorite commercial track that you didn't create?

If you grew up in or around Chicago in the '80s and '90s, you can probably sing the Empire Carpet jingle. It's just their phone number, but as a jingle, it's legendary.

What kind of pop music inspires you?

Before I was a musician, I was a breakdancer, so I was really into hip-hop and house music in high school. In college, I got into more esoteric forms of electronic music, as well as jazz. Right now, i'm really digging Billie Eilish's album. I wish I wrote her song "I Love You." It's gorgeous.