Puma defines "flow" on the soccer pitch as "the gift that singles out the great players from the good," while in music, the term refers to "a unique blend of technical skill and personality" that elevates songs and recording artists.

In "Find Your Flow," a multifaceted European campaign, the athletic gear giant mixes those concepts into a tuneful, high-energy celebration featuring some of the game's biggest stars.

This very appealing exploration of the music/sports/footwear nexus promotes an "Anthem" pack featuring the latest Puma Future and Puma One shoes. It begins with the frenetic short film below, in which two fans in a restaurant discuss "flow," while footballers such as Luis Suárez, Marco Reus, Antoine Griezmann and Mario Balotelli get their kicks from beats by French producer DJ Snake:

"Music and football are ever-present passions in the life of the audience, and they constantly cross over into each other's worlds," Marvyn Lépine, account director at Paris agency Lafourmi, which devised the campaign, tells Muse. "It's also a strong link for each of their players' stories. They all have different styles, different ways to show their skills, and the agency personified them as entertainers who play their part, like musicians who create songs."

With "Find Your Flow," Puma shoots direcly for 15- to 25-year-olds from big cities obsessed with soccer.

"They prefer watching football rather than going to a family dinner—and they are always connected to their favorite players in big European clubs like AC Milan or Manchester City," Lépine says. "We designed this campaign to connect with their lifestyle. The soccer fans would get all the references, from nicknames to celebration poses. It's also mixing music, sports, dance, urban codes and fashion. Puma connects all these dots through different categories of products." 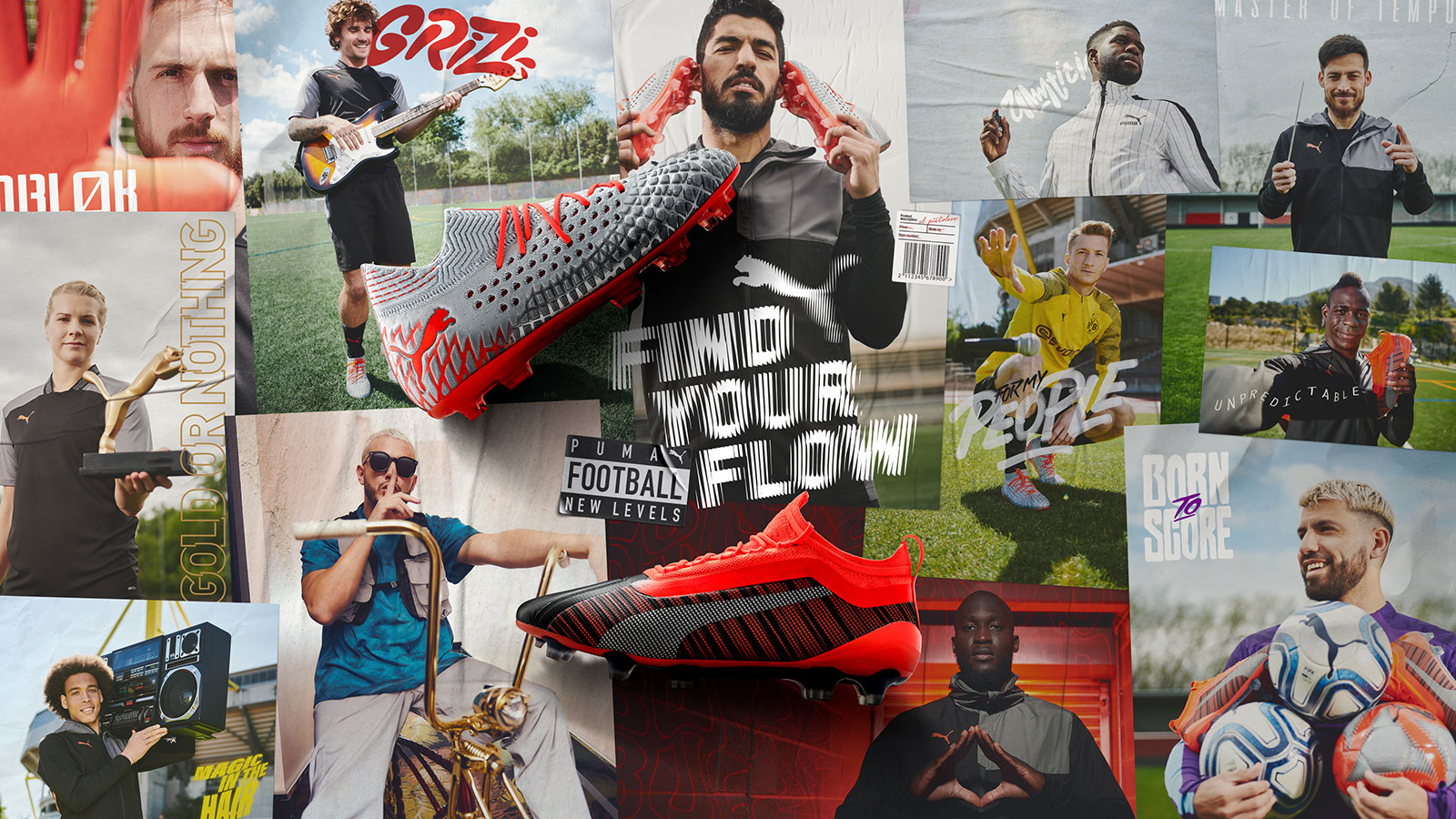 Julien Martorell and Quentin Garabedian from Cream Productions co-directed the video and developed the concept during a conversation they had while playing soccer-themed video games.

"After the agency brief, we went to Quentin's to play FIFA," Martorell says. "A discussion emerged between us on the definition of 'flow.' It was impossible to really define this word—we had images in mind, but not really a clear definition. That was what interested us, and also what made us laugh—to define something that we were even unable to really define ourselves. We therefore decided to stage this discussion. And what better way to discuss the subject than in a common place where there is very often football on TV—a kebab restaurant?"

Ultimately, "Find Your Flow" extends into album covers and Spotify playlists for the players who appear in the video, as well as other soccer stars of note, including members of FIFA Women's World Cup squads. French artist DJ V!ktor will compose original tracks for each footballer, and those cuts will drop throughout the summer.

Here's a gallery of album covers as seen on Puma Football's Spotify channel: 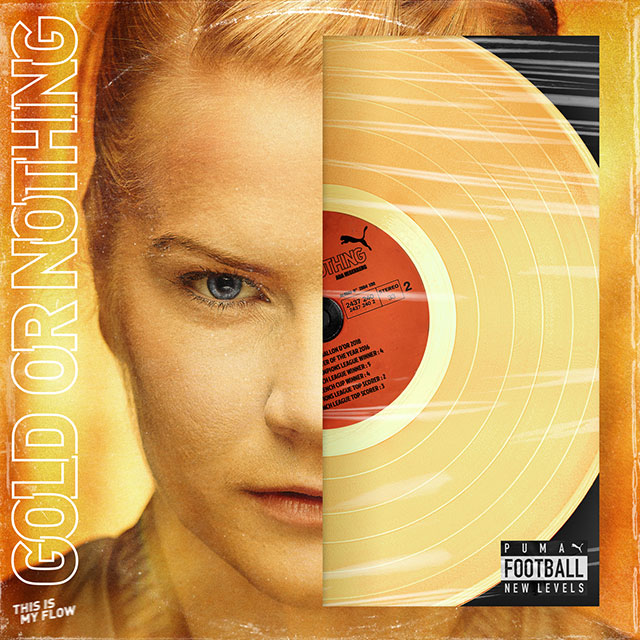 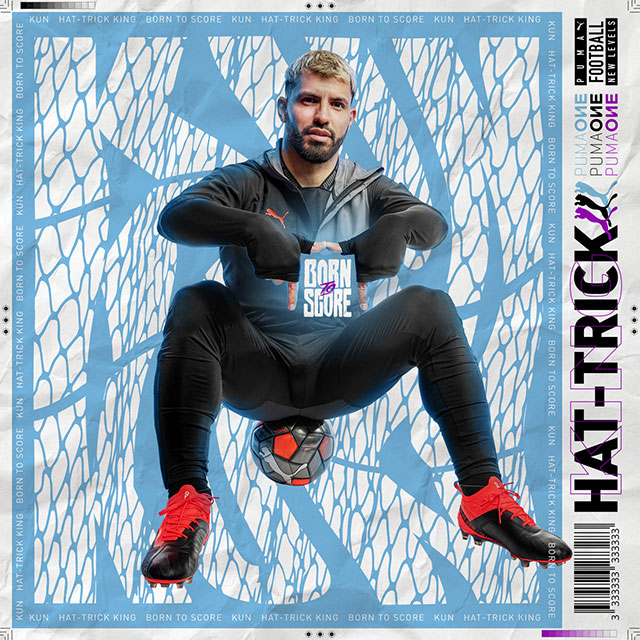 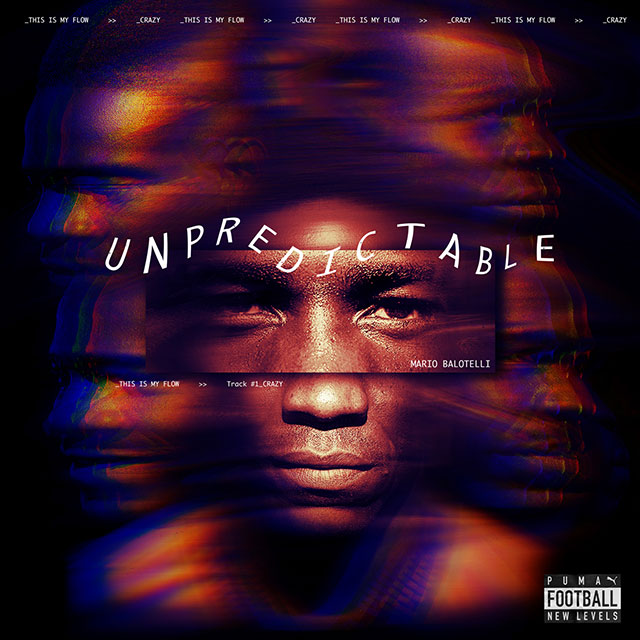 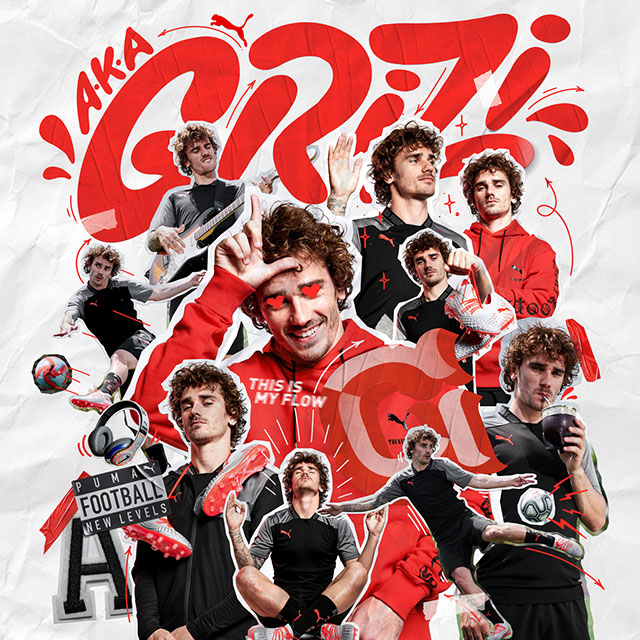 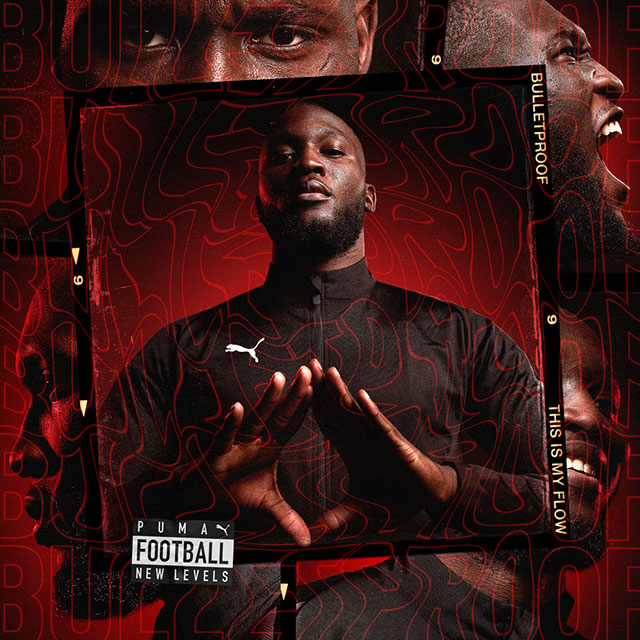 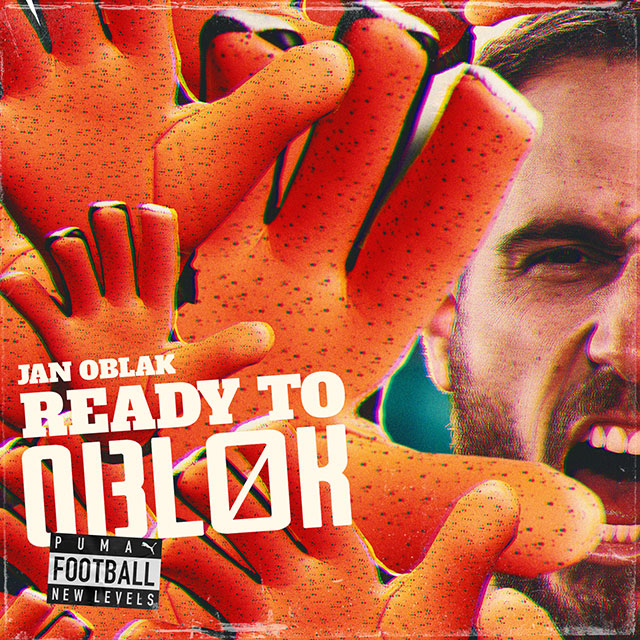 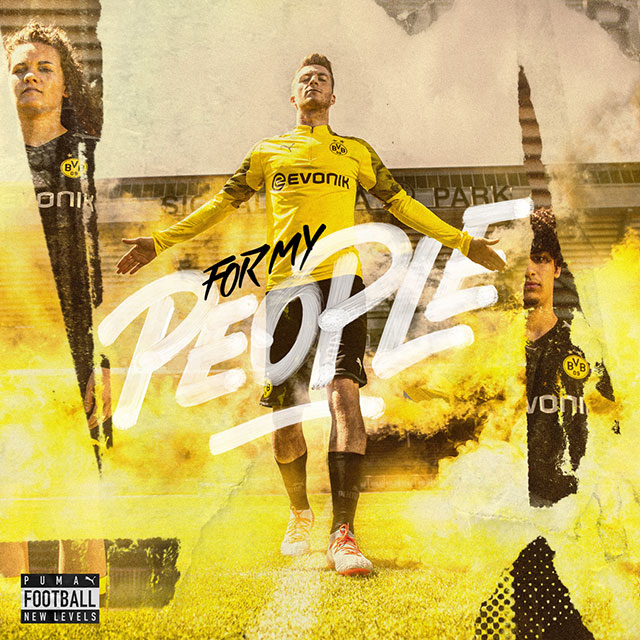 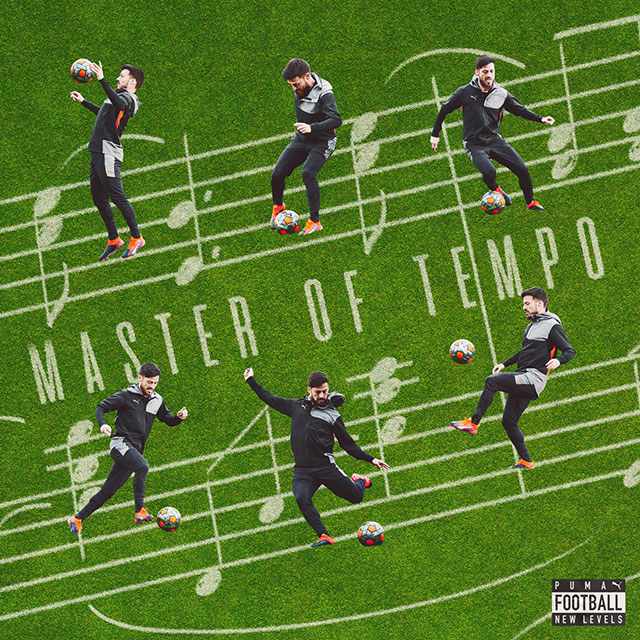 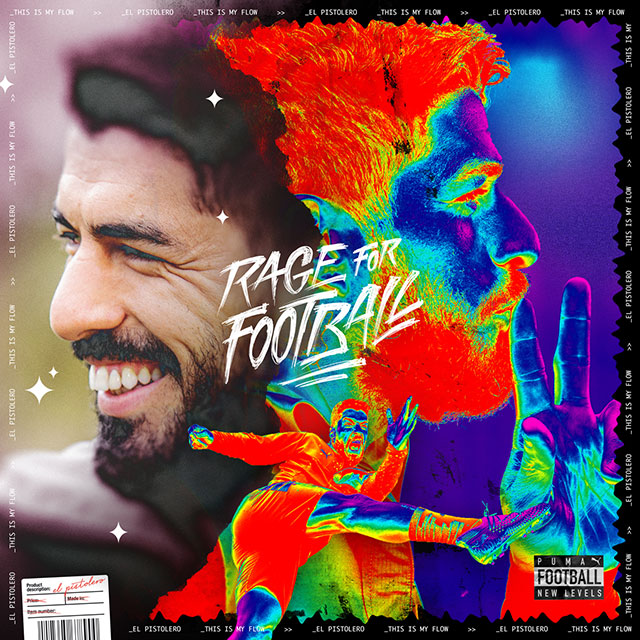 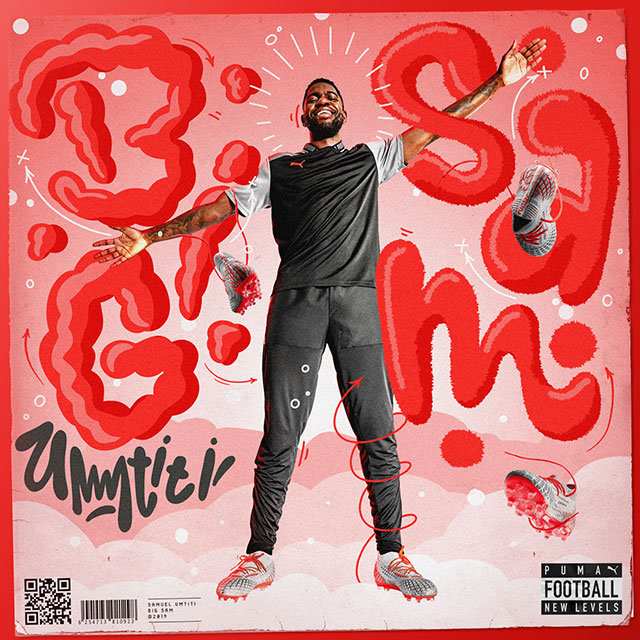 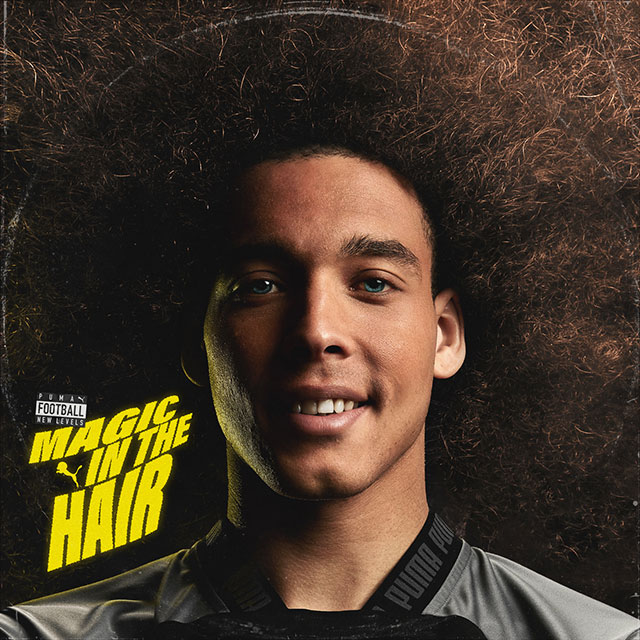 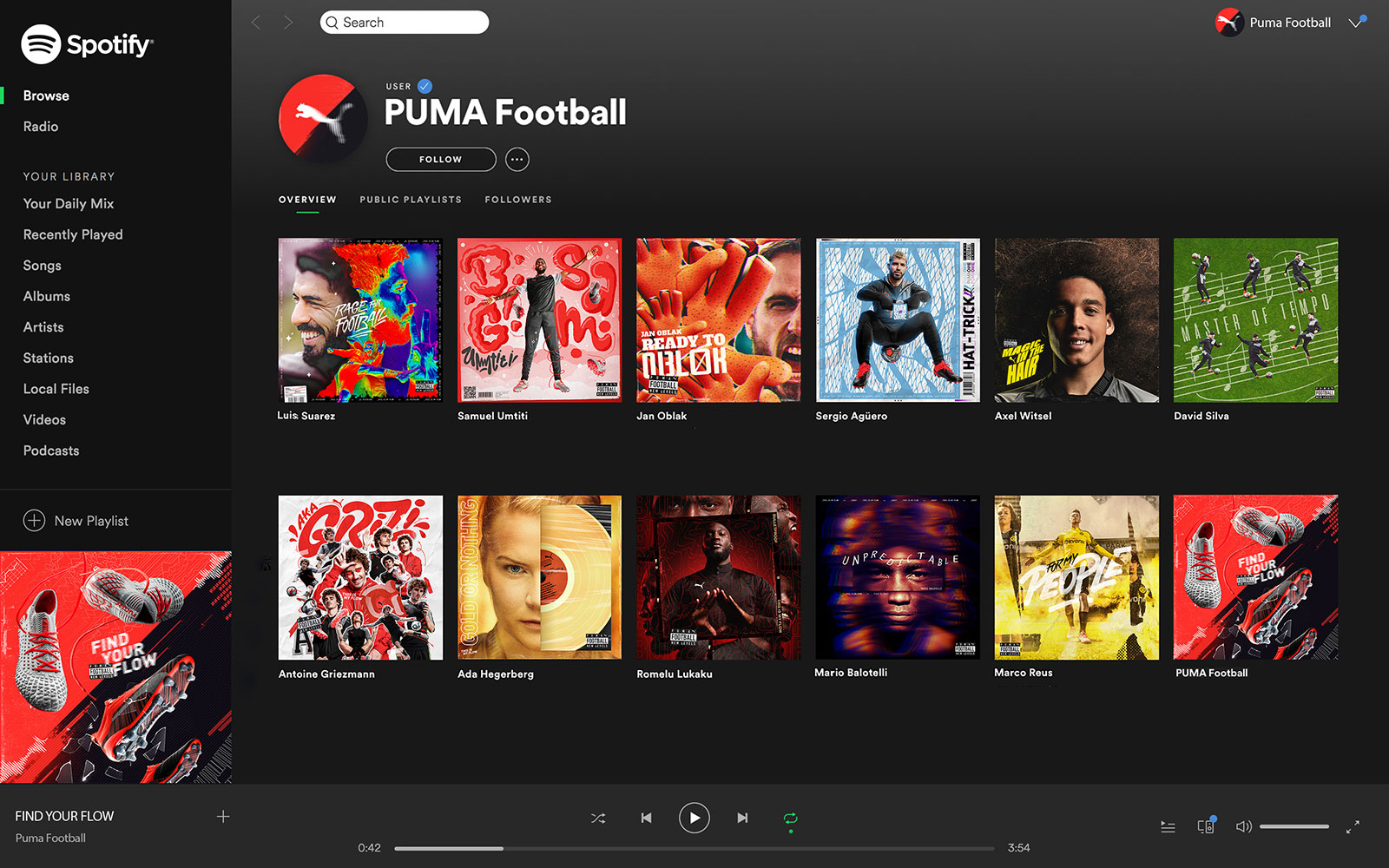 The overall goal, as it were, is to capture the unique visual and musical style of the players both on and off the pitch in a way that's instantly relatable for fans.

"We created this campaign as if Puma Football were a record label, so the final output of the campaign is not just a clip, it's the entire music experience through the Puma lens," says Kim Nguyen, Lafourmi's head of digital and social media.

"When an artist releases a new album, you have a framework of material and content going out with it—singles, track listing, covers, etc. We wanted to replicate this experience in football and offer a new way to connect with Puma," Nguyen says.

Swipe through more images from the campaign in this gallery, featuring the Puma soccer boots themselves: 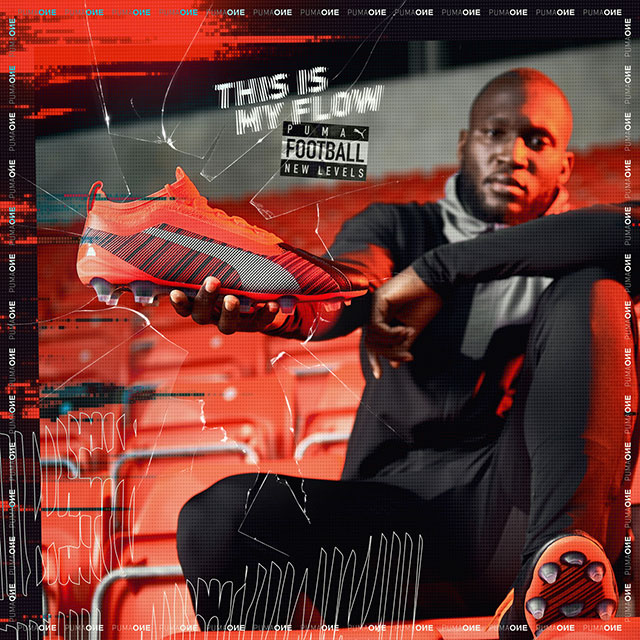 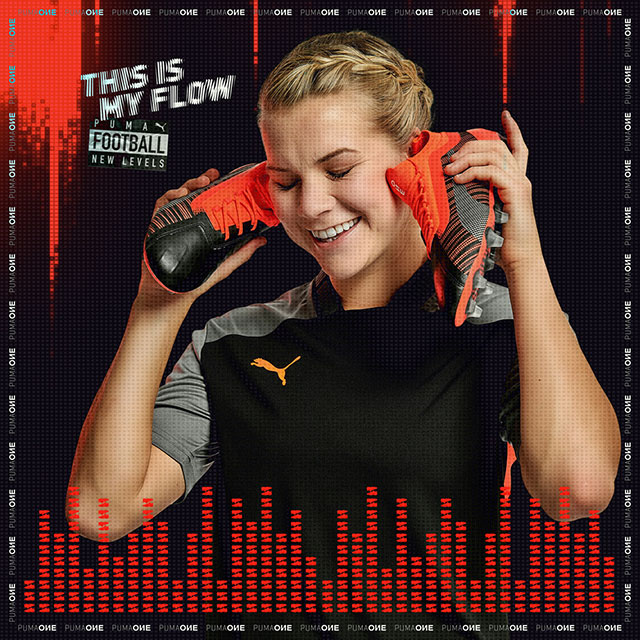 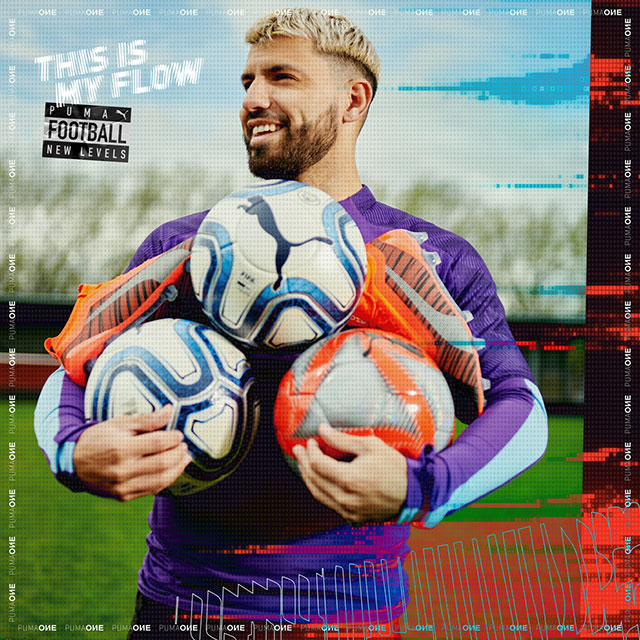 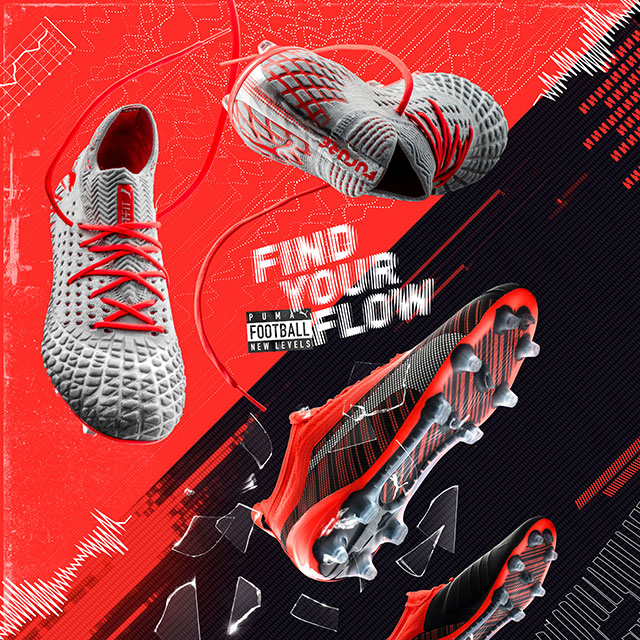 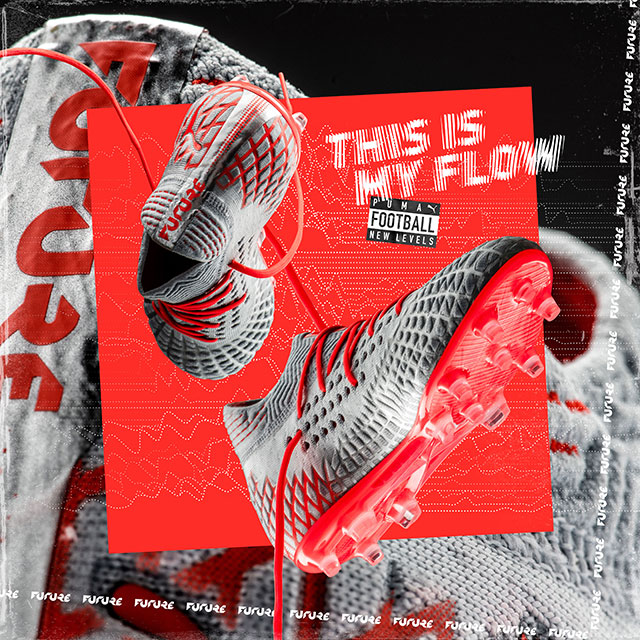 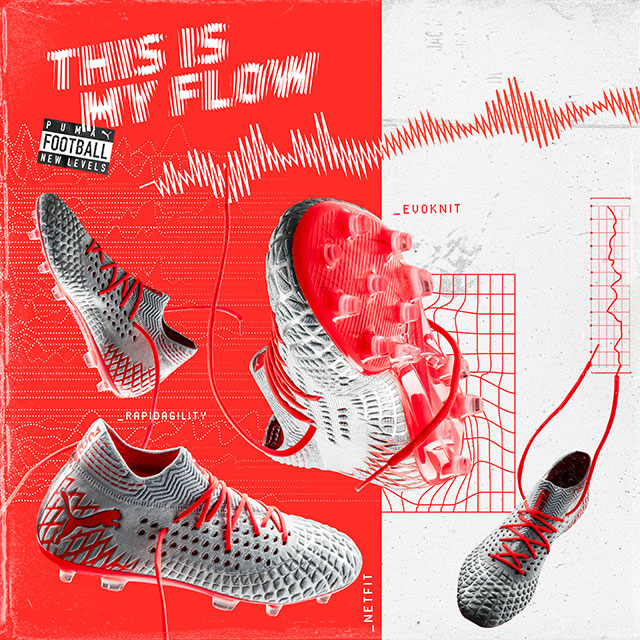 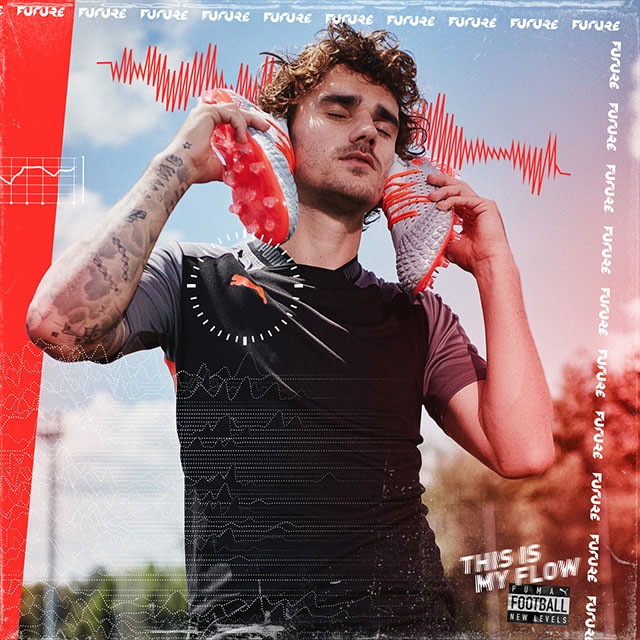 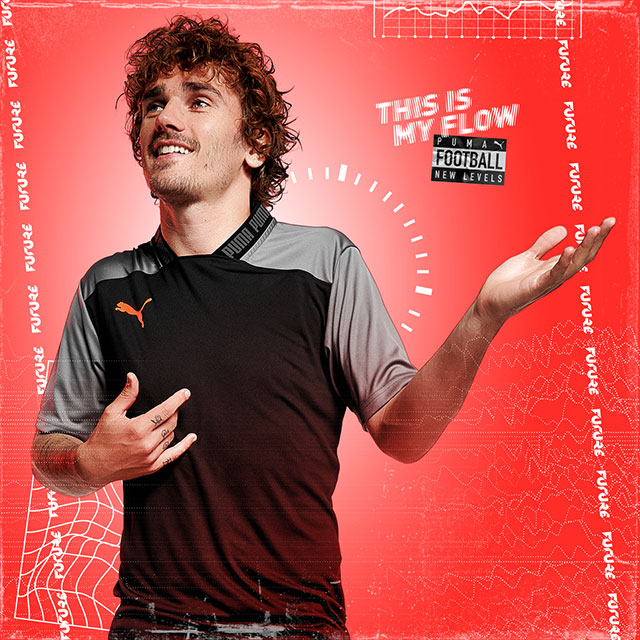 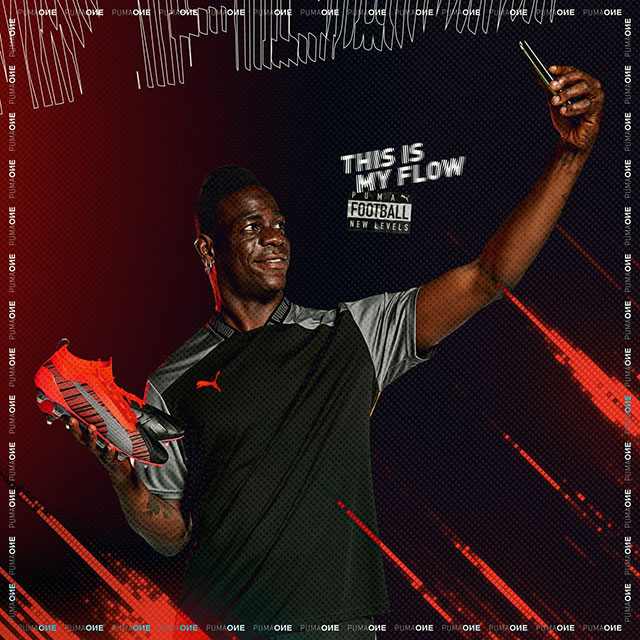 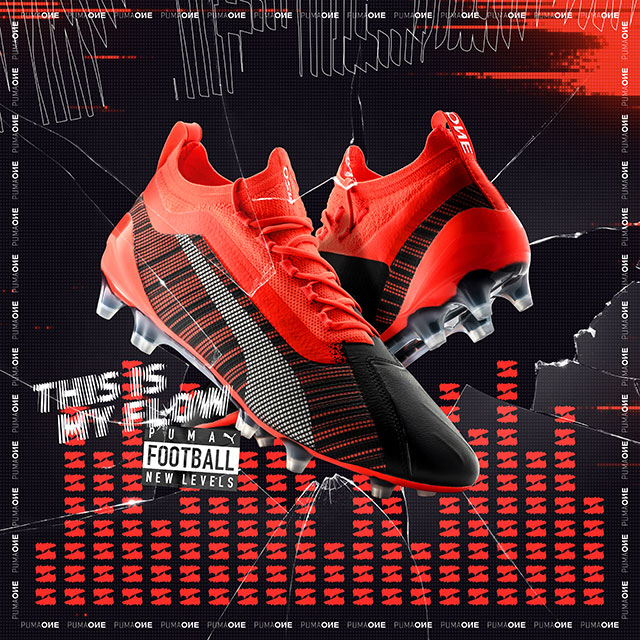 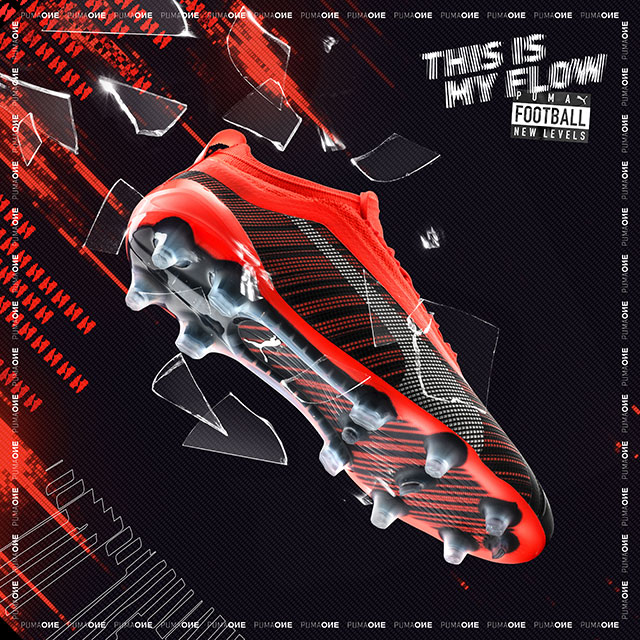 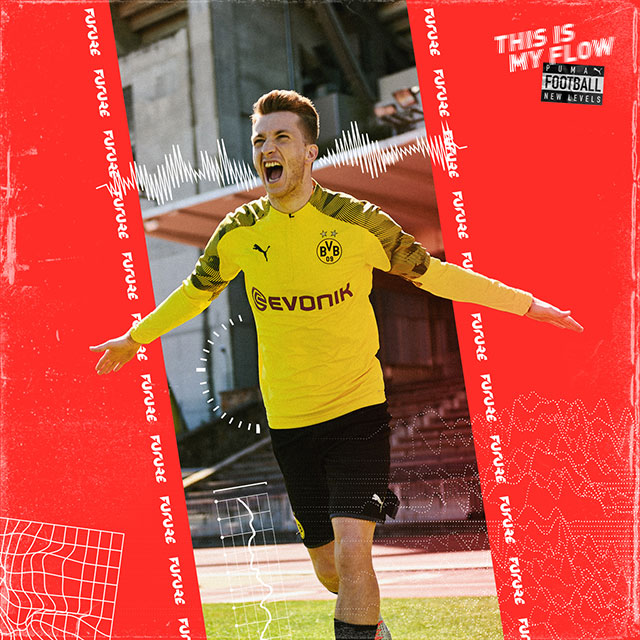 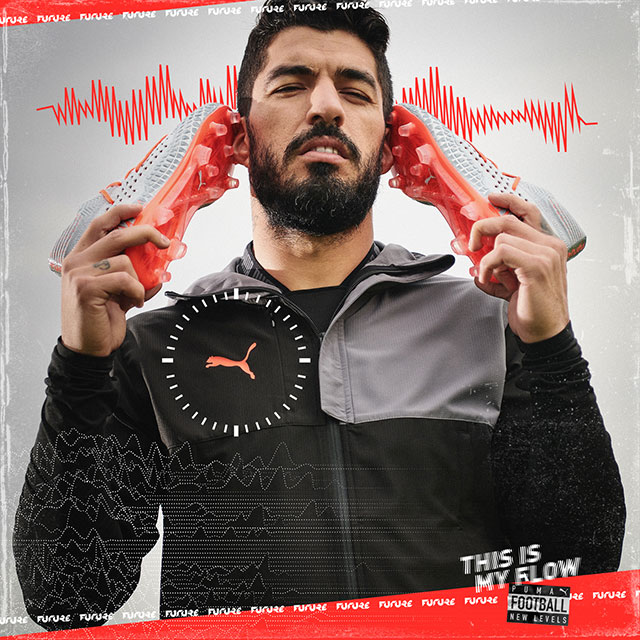 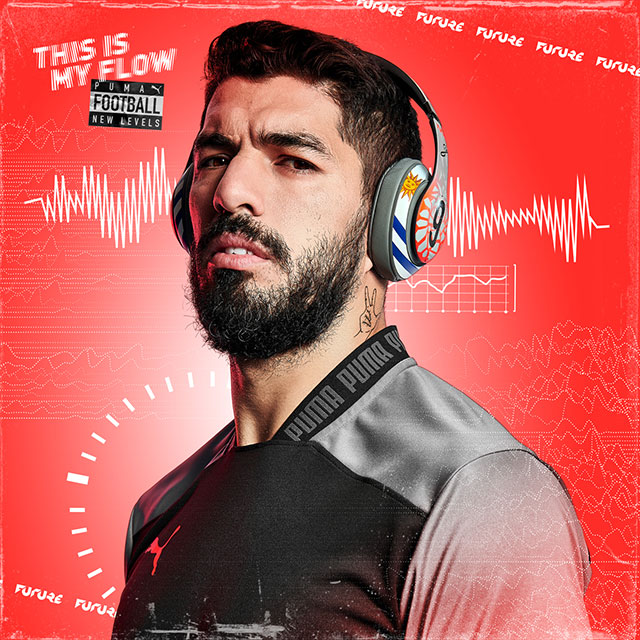 This approach succeeds in large part because sports and music are already intrinsically linked. Basketball and hip-hop have long been symbiotic, but it's equally true that "football influences music, and music influences football," says Nguyen. "Supporters all have their favorite songs to encourage their team. It's a super strong tradition in the U.K., where every club has its own pop-group supporters, like Oasis and Manchester City. They are just fans of football and come to see them play all the time." (Such ties also help explain why Puma's recent drum kit made of sneakers felt like a natural brand extension.)

Here, the marketer impressively pumps up the volume—so many players! so many songs! so much artwork!—to create an explosion of sound and color designed to ignite the passion of fans (and by extension, of course, sell sneakers).