Pandora Made Playlists for Your Hasbro Game Nights in Quarantine 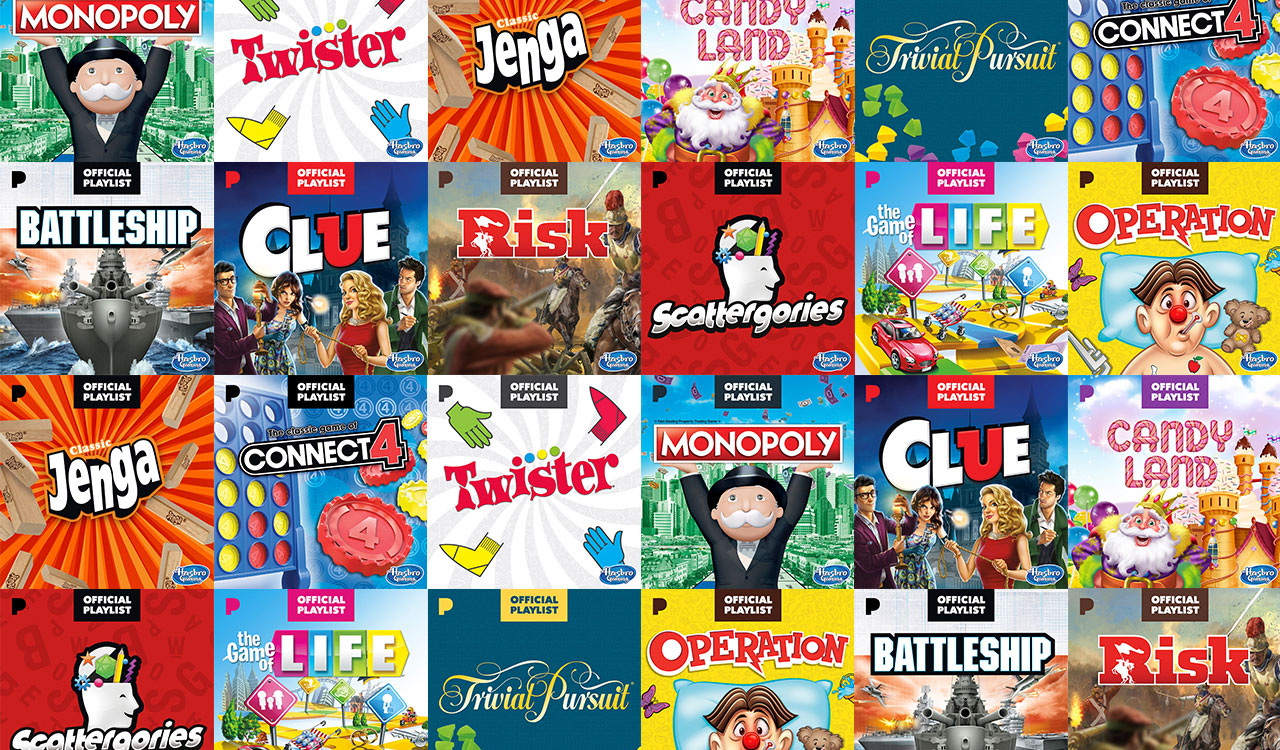 Tunes and board games can both help make lockdowns more bearable.

But what if you crank up John Mayer's "Your Body Is a Wonderland" while wielding tweezers in a not-so-delicate Operation, or blast "Material Girl" by Madonna as you wheel and deal in Monopoly? You could even sink your 9-year-old daughter's Battleship with Billie Eilish's "Ocean Eyes" swirling in the background!

Music streamer Pandora thinks so. Ditto for game-maker Hasbro. And the pair created the playlists to prove it, matching pop, rock and hip-hop songs with 12 classic games.

Of course , you should only play Twister with folks you've been sheltering with for a very long time. That particular playlist includes a nice mix of styles and eras. Does "The Twist" by Chubby Checker appear? How about the Beatles' version of "Twist and Shout," "Red" by Taylor Swift, or Beyoncé's "Green Light"? Look, we wouldn't have wasted time typing the titles if the tracks weren't there—d'uh.

"Our role during this time is to entertain and distract," Pandora vp of brand partnerships Bill Crandall tells Muse. "While these playlists are perfect for family game night—and yes, we went with clean versions of songs—they're for anyone staying in, playing games and listening together. If we can add a little music to people's day, mission accomplished."

As it turns out, the initiative sprang from Crandall's own lockdown experience.

"My three daughters and I have a tradition of playing songs that reference territories on the Risk board during our epic battles," he says. "During the first week of social distancing, we made a similar 'killer tunes' compilation for Clue. I shared with my Pandora editorial team, and soon we were all brainstorming themes, like songs whose titles are questions for Trivial Pursuit and songs that count off '1, 2, 3, 4' for Connect 4. Seeing that Hasbro was responsible for so many of the games we love, we reached out to them, and they were excited to collaborate."

Prime suspects from Clue—the murder mystery game—include Roberta Flack's "Killing Me Softly With His Song," Dave Matthews Band's "I Did It," and "Guilty" by Barbara Streisand and Barry Gibb. Trivial Pursuit's playlist boasts "Who Can It Be Now" by Men at Work" and Marvin Gay's "What's Going On."

We'd hit more highlights, but we're smack in the middle of Jenga, and feeling "Under Pressure," just like Queen and David Bowie. Steady … steady …

You can stream all the playlists on Pandora for free. Here are links to all of them:

Separately, the service just launched animated ads developed in-house. Themed "Discover your Great Indoors," the campaign reflects how listeners can transform different rooms in their homes through the power of music.

"No matter where you spend your time, music plays an important role in how you spend it," says Pandora svp of brand marketing Brad Minor. "We were really inspired by how our listeners and how they are using Pandora to soundtrack their meditations, workouts, work happy hours and family game time. We've always been part of those moments, but now, our listeners are engaging us on smart speakers more than ever."

In the spots, living-rooms become yoga studios thanks to Pandora's "Nature" station, youngsters imagine their bedrooms as lands of make-believe while listening to kids' selections, and kitchens morph into tiki bars through the power of Hawaiian reggae: