My Musical Journey, From Glasto Session Player to Sound Designer

What once-in-a-lifetime gigs taught me about sound

When I was a kid, I was fascinated with electric guitars. I saw a documentary about Oasis on VHS and couldn't stop watching it over and over again. I didn't know you could be a musician and perform on stage like that, and I wanted to be like them, so I thought: I need to get a guitar.

I'd go to the library and take out books that had guitars in them—really look at the pictures and obsess over them until my mum eventually bought me one. I tend to be like that—I get an idea in my head, and then I run with it. I buy all the gear, intensely focus on that thing for a while, and then move on to the next. A lot of my musical ability is self-taught, just from picking things up and giving them a go.

I've always worked off instinct and been drawn to learning whatever I'm naturally curious about at the time. My career and journey in the industry has developed in a very nontraditional way because of this. Following a conventional route isn't right for everyone, and I'm proof you don't have to worry about reaching certain stages by a certain age. As long as you work hard and you have the drive to learn and develop, you should be able to find your way into a career you love.

I fell into playing in a band called Brother when I finished college. They asked me to play a few gigs, which turned into a tour and then into over five years with the band. They blew up quite quickly, and everything seemed like it was moving at 100 miles an hour. We played all over the world: Europe, America, Asia … it was mad. It was everything and more of what I dreamed about when I was a kid. We kind of lived up to the band stereotype a bit.

A few years ago, I found myself side-stage watching Liam Gallagher with his band, Beady Eye. It was surreal. It was a boiling hot day in Japan and he had on his big puffy parka jacket. I asked him about it when he came off stage, and he said: "Doesn't matter how hot it is, you've gotta look the part."

Playing on stage has its own unique buzz, but the thing about music that I love is the creative process, which still applies to what I do now. I'd like to think my career as a musician has allowed me to do my job as a sound designer a lot better. Having a good musical ear and a natural sense of rhythm and timing really helps, for example. I'm also much more aware now of how much work goes into creating content. I've learned to appreciate how many people are involved, working really hard behind the scenes.

The biggest lesson I've applied to my career now is the ability to compromise. When you're touring with a band, you're in everyone's pockets and every decision you make is a constant compromise. Whether it's what film you're going to watch on the bus or what music you're going to listen to, you learn very quickly how to consider other people, and that helps a lot when you're working in a team on big collaborations. I kind of needed it beaten into me to learn how to make compromises. It's really helped me become a better team player, especially with the launch of Sister Sound, Jungle's new-gen sound studio.

Getting Sister Sound up and running along with Hannah Webster and Luke Isom has been my latest obsession. That's what I've been channelling all my energy into. The studio was created to offer high-quality production to young, new-generation creators at a price that's more in line with their contemporary budgets, and we're looking to produce a lot of online content, promos and passion projects, among other things.

When I came to Jungle as a runner, I was slightly older, as I had gone to university after my time playing music. A lot of people think about age too much, though, and get preoccupied with hitting certain steps by a certain point—but that's not always how it works. I may have started a little later, but it's an amazing opportunity to be setting up a sound studio at this point in my career. Our team is made up of very talented individuals; Luke's done the logo and design while Hannah and I have dealt with the interiors and the technical side of the studios.

It's been very, very collaborative and positive. We have a solid vision for Sister Sound, and we can't wait to share what we can do with everyone. 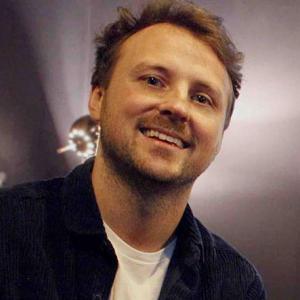