The music industries—whose main activities include recording, publishing and performing—are at a critical juncture, exacerbated by Covid-19. Before the 21st century, live performances helped to promote new albums; however, over the last two decades, recordings have driven fans to attend concerts. In an age of online streaming, musicians depend on touring as their chief source of income because each stream yields a fraction of a penny in royalties.

More recently, the pandemic has presented a challenge to everyone who creates live music: how to monetize computer-mediated experiences while awaiting the return of in-person gatherings. Covid-19 has led to the cancellation and postponement of on-the-ground shows, a delay in new recordings, and a pivot to online performances. Live music has been performed across webcasts, Facebook and Instagram. Concert venues are now empty auditoriums and living rooms. Tickets are donation-based, discounted, or free.

Some artists have creatively adapted to the effects of social distancing. Singer-songwriter Eli "Paperboy" Reed's "lockdown livestreams" encourage donations through PayPal and Venmo. While some fans do not donate a penny, others contribute more with this tip-jar model than they otherwise might.

However, innumerable musicians report they are not earning enough to subsist, a reality compounded by Covid-19. Live Nation (which merged with Ticketmaster in 2009) and AEG are the largest ticket sellers and concert producers in the primary market. This duopoly, however, has perpetuated a class-based system. Performers with recognizable names have historically reaped most of the financial benefits.

Why should the viability of live music be of concern? Economist Stephen Siwek estimates that the music industries—to which concerts and their promoters belong—contribute $143 billion and 1.9 million jobs annually to the national economy. Pollstar, the concert industry's leading trade publication, projected a loss of approximately $9 billion for 2020.

While Americans wait for Covid-19 to abate, cultural producers, distributors and consumers have an opportunity to reflect on socioeconomic inequalities and create long-term solutions. The goal of building a sustainable concert industry does not mean dismantling the market as much as infusing competition from public sponsorships and private-public partnerships.

Systemic change in the U.S. can be achieved by creating a guild supervised by performers and funded by grants and loans. Unlike the existing primary-market duopoly and secondary-market resale opportunities, this scenario could allow for multiple nonprofit ticket sellers in each market.

Alternative public-private arrangements have been successful elsewhere. The Foundation Assisting Canadian Talent on Recordings (FACTOR) is a public-private partnership that advances music in Canada, alongside the Canada Council for the Arts and the Canada Music Fund. The Australia Council for the Arts has financed tours with state-sponsored grants, supported by a live music office that works on policy changes. France, England, and Spain—where live-music venues are largely nonprofit—have awarded millions of dollars to artists.

It is time for the U.S. to recognize the financial impact of the music industries by providing resources to ensure long-term survival. After the pandemic, the supply of new concerts will compete with the demand for postponed performances. Many performers will need to dig themselves out of debt. Higher ticket prices will not be the way out. Instead, the industries need a macroscopic reevaluation of revenue streams and the implementation of a new system that provides living wages for a diverse array of artists.

The future of the country's cultural economy needs to be reimagined to ensure that musicians can afford to create and thrive, especially in turbulent times. 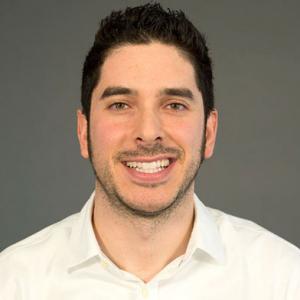