The Lumineers Lend Their Sound to Haunting Ad About Addiction 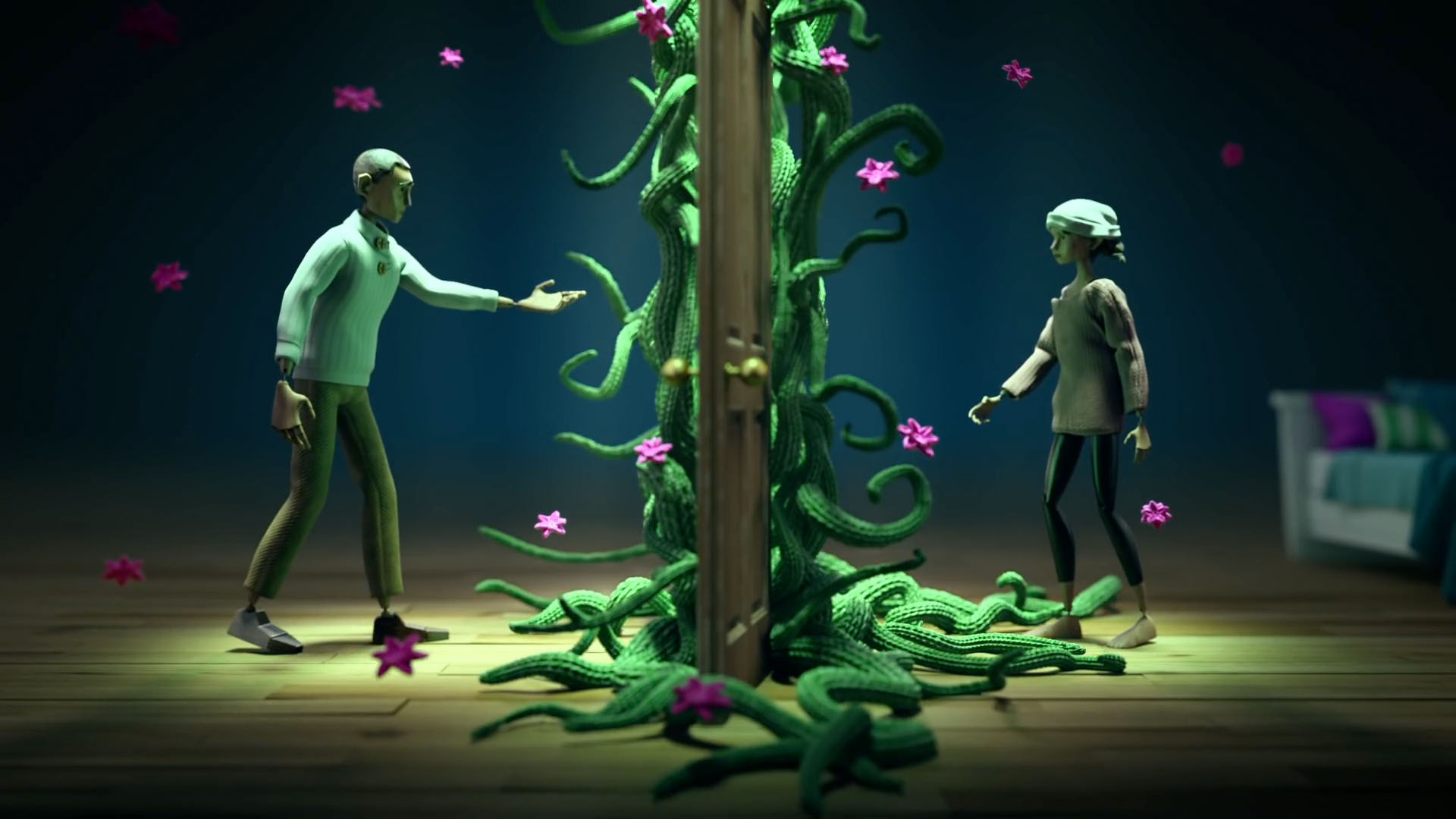 The Lumineers' yearning "Salt and the Sea" provides the moody background for a 3-D animated short stressing empathy and human connection in the face of drug abuse.

DiMassimo Goldstein and Bonfire director Aron Baxter created the 75-second film for the nonprofit Partnership to End Addiction. It's an unsettling but ultimately hopeful tale, as parents and their troubled offspring seek to the bridge the communication gap, which takes the form of a fiery earthquake and menacing tentacle-vines:

The project holds deep meaning for several participants whose lives were scarred by drugs. Bonfire founder and co-creative director Brendan O'Neil went through recovery and details his journey in this post. The Lumineers' third album, released a year ago, dealt with addition ("Salt and the Sea" closes the set), and, as a teenager, band member Jeremiah Fraites lost his brother to a heroin overdose:

We’re honored to have “Salt And The Sea” from III featured in @partnershiptoendaddiction’s new broadcast campaign. This campaign hit close to home. I lost my older brother Joshua to a heroin drug overdose when he was just 19 years old back in 2001. I was only 14 at the time, essentially having to grow up overnight after a life-changing event like that. To steal the words from Gabor Mate, we shouldn't be asking: 'why the addiction?' but rather, 'why the pain?' Fast forward 15 years and there I was making the decision myself to become sober from alcohol. I have my wife @francesca_laz to thank for that - she said ‘don’t do it for me, but do it for yourself.’ I wanted to share this anecdote with you because I know someone out there reading this right now is struggling and going through a hard time. I wanted to share this with you because whatever reason you’re going to give to get sober, just make it a damn good one. - @jeremiahfraites To end addiction, #startwithconnection. Link in stories to learn more ⬆

What's in a name?

The agency drew inspiration from the client's moniker, says creative chief Mark DiMassimo. "That was so bold and so confident, to put a mission in its name—to end addiction," he says. "A lot of people think that's not possible, but we have the science and the knowledge to do so, if they were only applied."

Building on that foundation, the shop developed a scenario in which family connections hold the key, even though relationships can often become strained in homes struggling with addiction. The Partnership works with families to build healthy, healing, drug-free households. Animation delivers that message in vibrant fashion, free from the constraints of live-action storytelling, DiMassimo says.

Bringing the notion to life.

The team crafted the film entirely in CGI, with its human figures based on artists' wooden models. The work targets parents of tweens, teens and adult children, casting a wide net in the age of Covid-19, with different generations stuck together at home, explains DiMassimo executive creative director Paul Fix.

As for the choice of music, "Salt and the Sea" tells the "emotional story of struggle and the deep longing for a resolution—a feeling many families battling addiction can relate to," says agency design chief Claudia Mark. "The lyric, 'I'll be your friend in the daylight again,' was the perfect crescendo to our parents' determinedly reaching out to their children. It gave the spot that moment of hope it needed."

"The participation of the Lumineers was incredibly serendipitous," Fix says. "We were searching for music that was inspired by struggles with addiction. We came across their stunning album III, and thought, well, that would be amazing—but probably not possible. When we mentioned it to our client as an inspiration for musical direction, the Partnership's CEO Creighton Drury said, 'Oh, they approached us a year ago to work with us.' We worked with their artist management teams, and after weeks of fingers crossed, they not only gave us permission, but posted on their social channels about the work."

The video—with a vibe similar to VLMY&R's animated effort for Viagra Connect—will appear on broadcast TV and various digital platforms. Other elements, posted below, are running in The New York Times and parent-focused media: 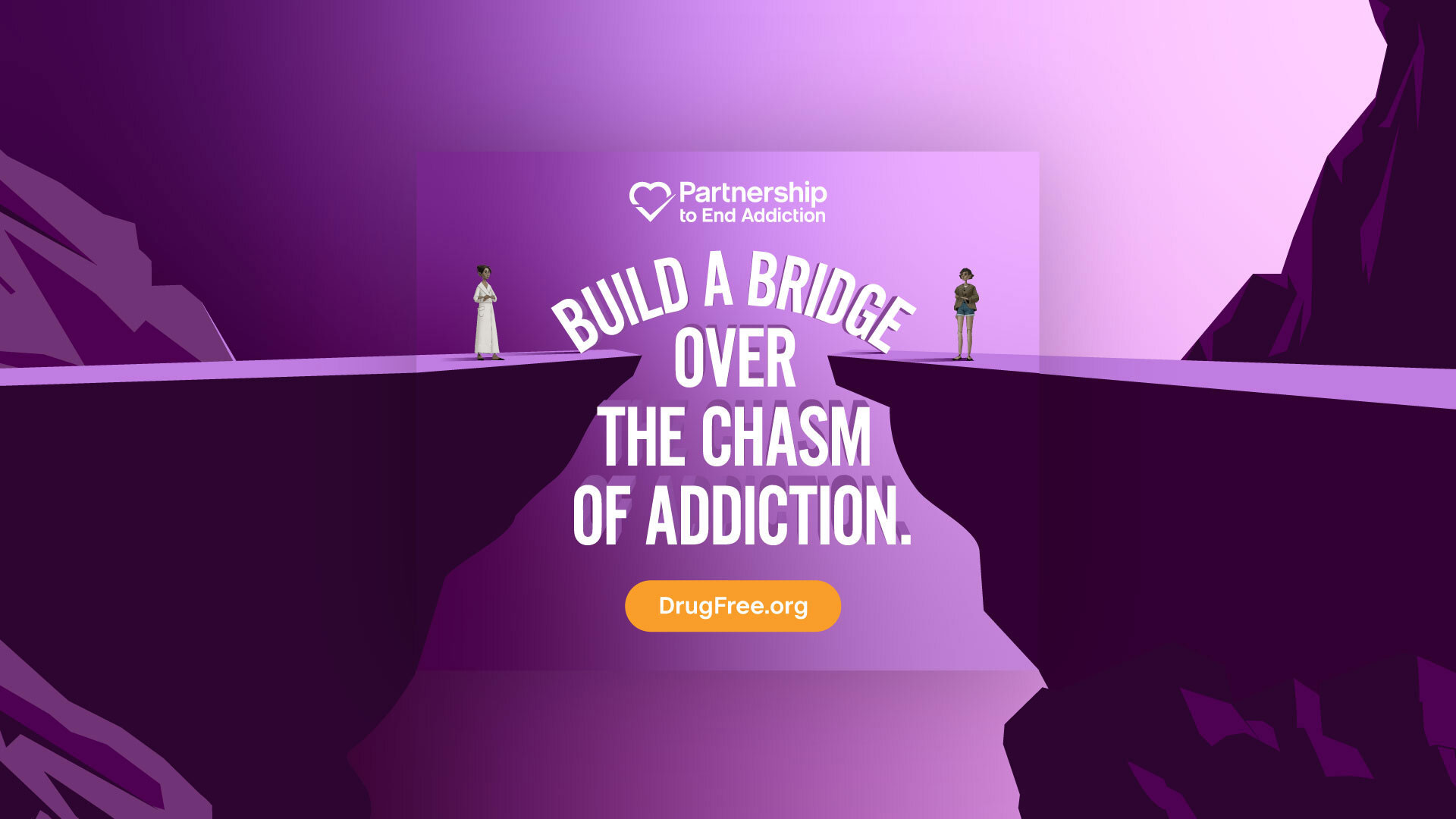 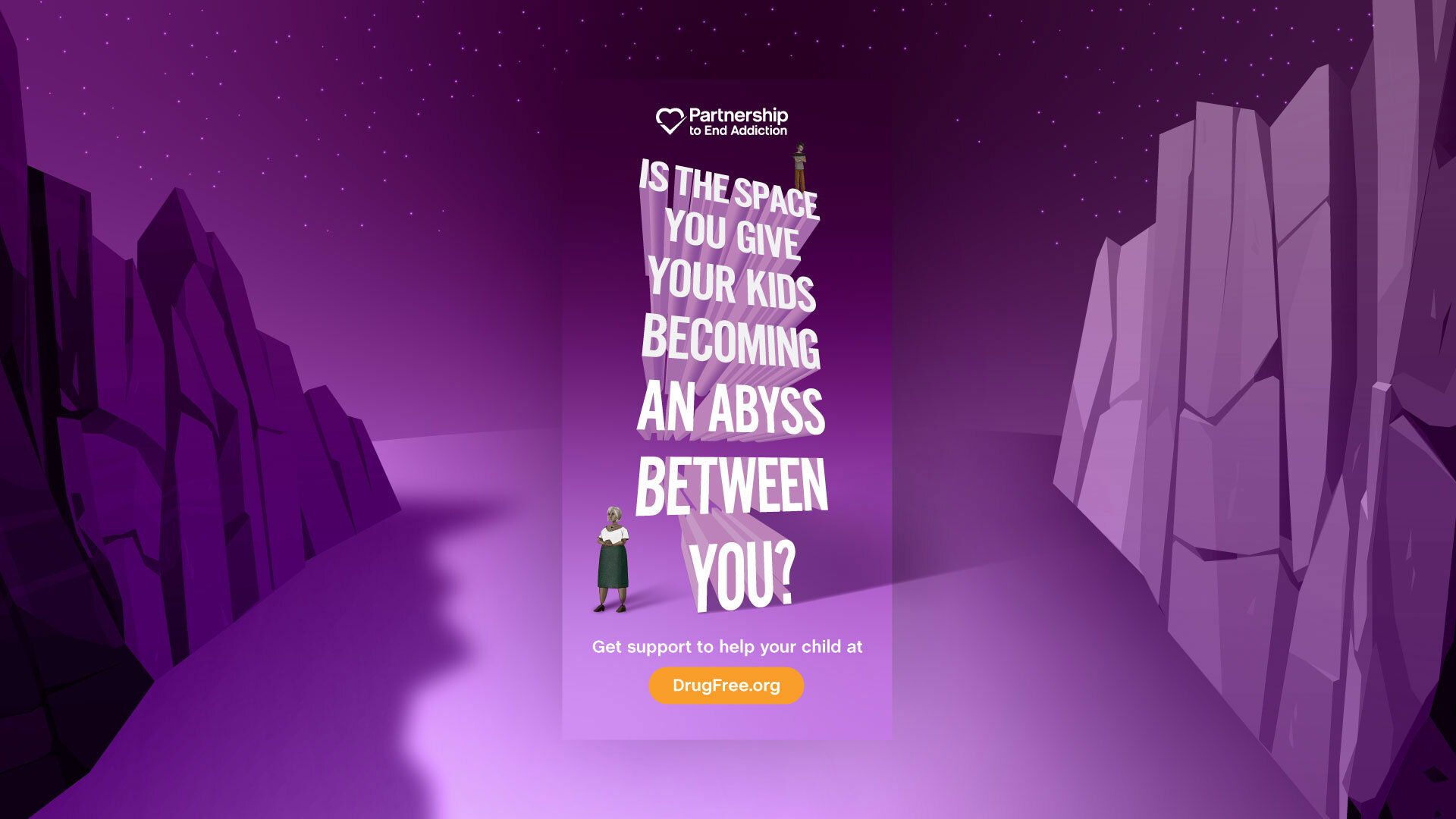 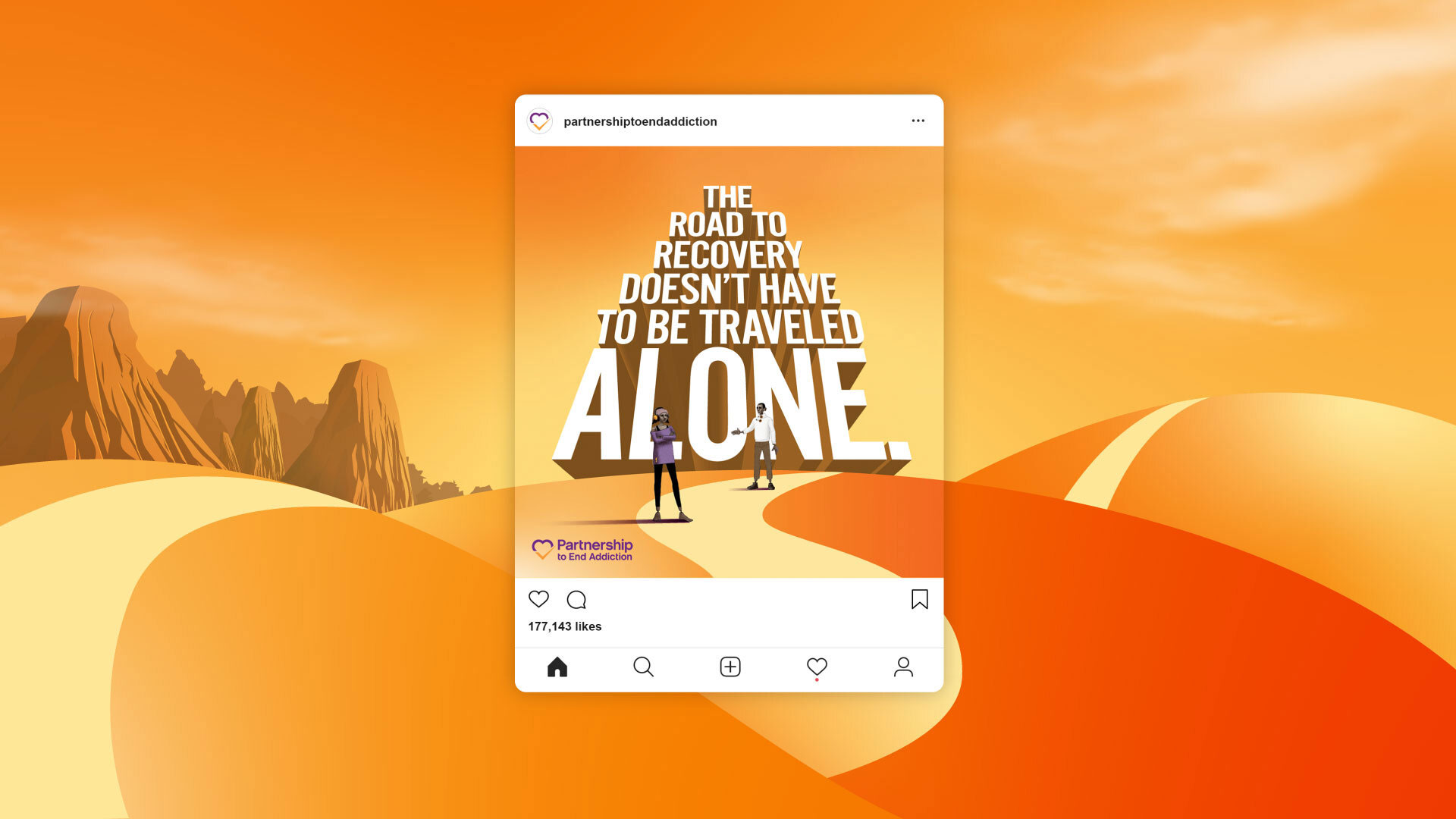 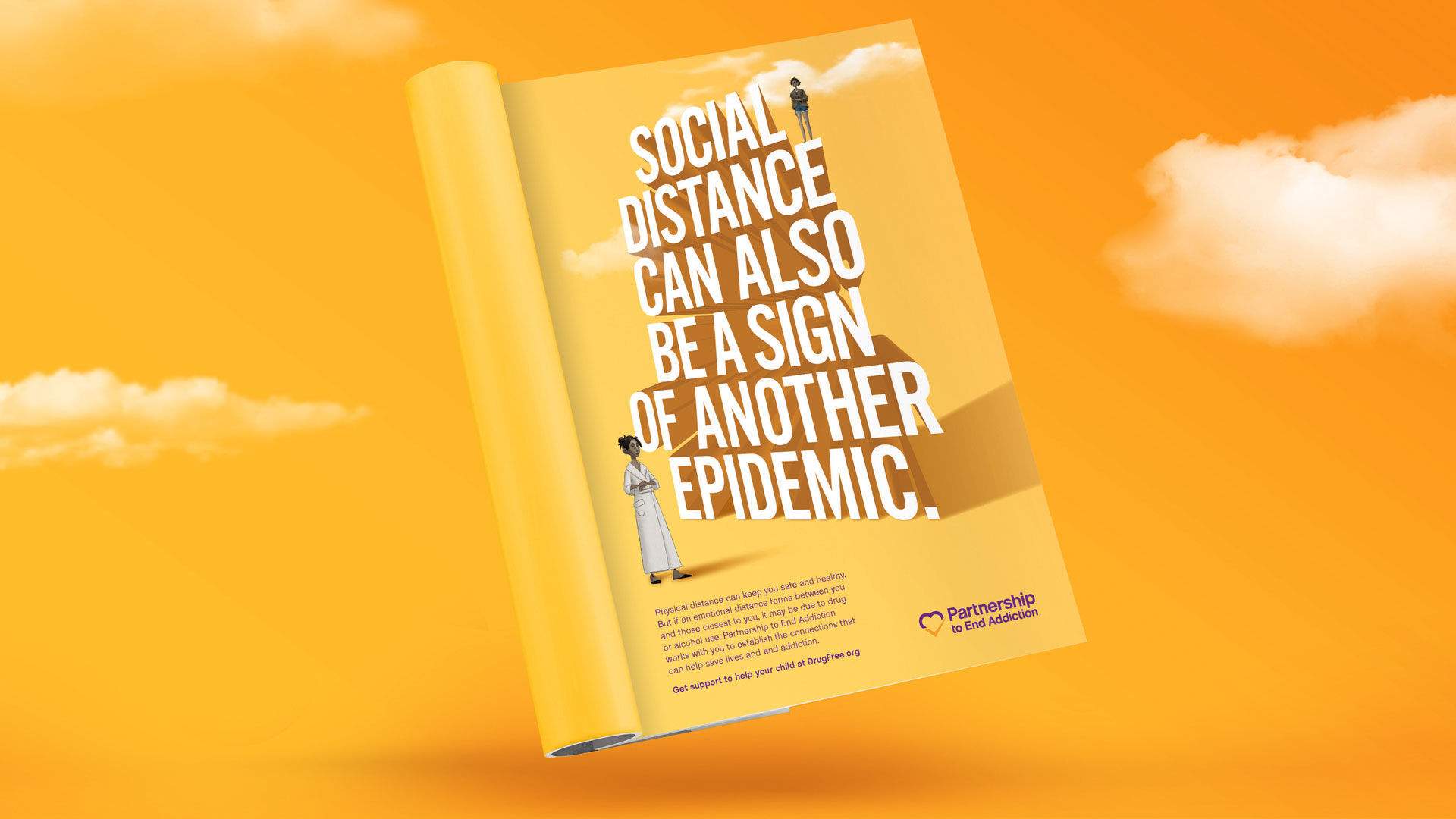