A look at Colle McVoy's 'Rise Before Sunrise' 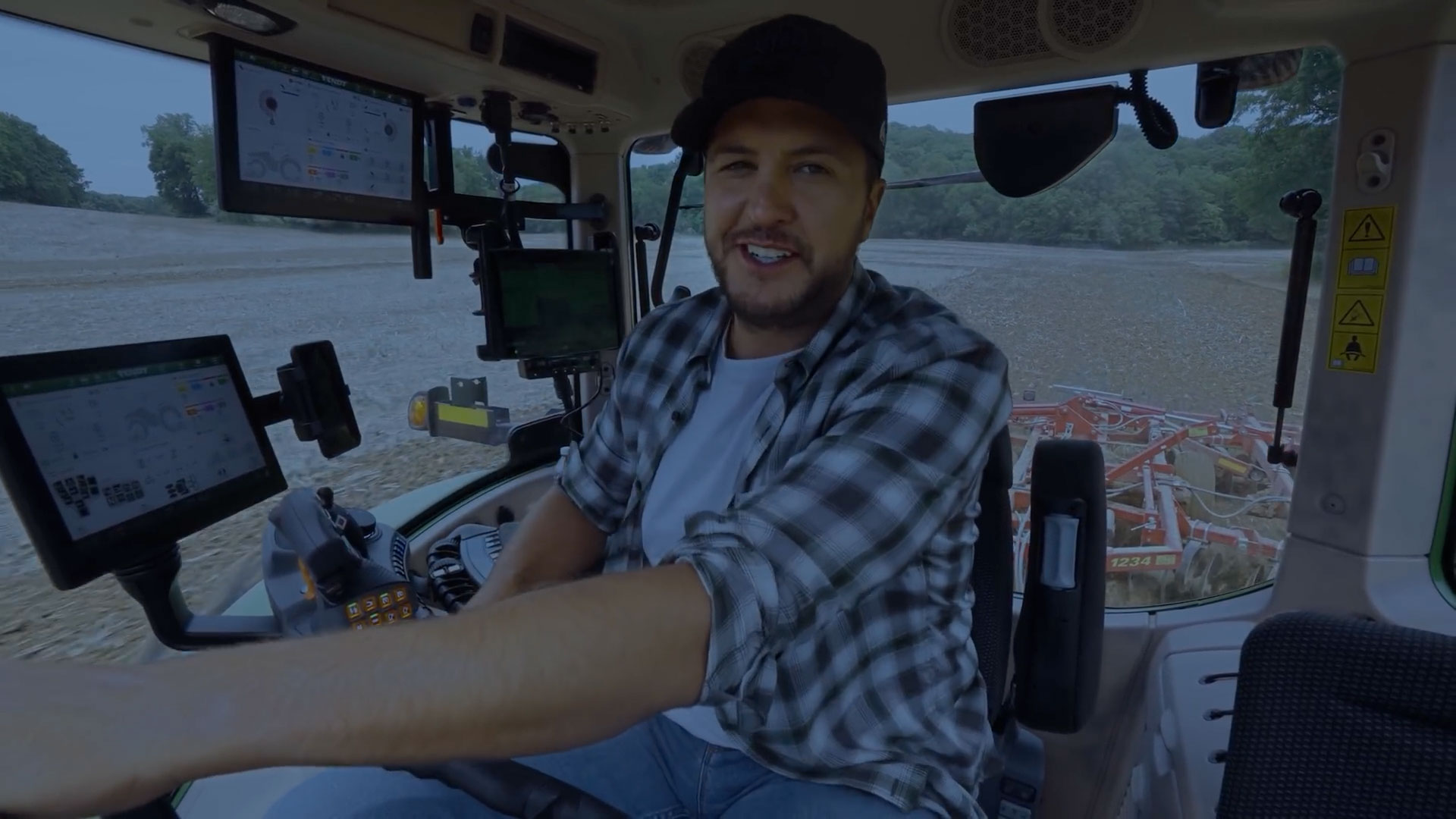 Bryan sows such seeds in "Rise Before Sunrise," a 25-episode YouTube series from Fendt, the German manufacturer of heavy machinery for agriculture. All the while, the multi-platinum-selling artist pilots an 8-ton, state-of-the-art Fendt 724 Vario around his 500-acre corn and soybean farm in Tennessee.

"It's like the Bentley of tractors," Bryan effuses at one point, though the minute-long episodes don't dwell on product specs or features. Instead, Bryan oozes down-home charm as he jaws about farming, music and his celebrity pals.

"Nothing really puts a stamp on a country song like talking about your tractor," he quips in this series trailer:

Here, Bryan talks some good-natured smack about who's best at tilling the soil:

As a young man, Luke helped his dad grow peanuts in Georgia, so he's steeped in the family traditions of agri-business, and views farmers as true American heroes:

Aldean comes in for some ribbing below, as Bryan reveals which celebs he'd hire as farm hands:

Hey, if Manning needs some post-NFL bucks, he can always work Bryan's lower 40. (Or else Payton can make more commercials. It's all good.)

The latest "Rise Before Sunrise" installment, which broke yesterday—episodes drop at dawn CST, a nice touch—finds our host hyping Fendt's technology as some folks might praise a luxury sedan:

Even if you have zero interest in farming or country music, this guy's drawl and big ol' grin draw you in. He's so darn laid-back and likable, and his passion for the subject and brand really shine through.

"Our primary target audience is younger," says John Neerland, group creative director at Colle McVoy, which developed the series. "They are early adopters—not just for tech's sake, but for the sake of giving their farm an edge. Constant connection to the latest and greatest expert sources helps them do their homework on every decision they make."

Last year, Fendt launched a "Grow Bold" initiative to reach this generation, and it wanted to evolve that message. "To build the brand, increase awareness and grow market share, we needed to buck tradition," Neerland says. "We needed something more than a standard B2B agriculture media plan."

So, the team sought out a celebrity influencer. "Our partner needed to be a farmer—somebody who understood the issues farmers face on a daily basis," Neerland says. Bryan proved the perfect fit, owing to his farming bona fides, popularity with Fendt's core consumers and high profile on social media.

FlyHi Films director Michael Monaco filmed the campaign on Bryan's spread in May.

"The entire series was captured during the course of one very long production day," Neerland recalls. "Luke spent a big chunk of that day in motion while operating his 724 Gen6 series tractor—no stand-in drivers were used."

Scripting was kept to a minimum, with Bryan prompted to chat on various topics as the cameras rolled.

"We wanted each episode to feel like Luke's just hanging out with farmers, keeping them company as they complete their morning work," Neerland says.

A snag developed during the shoot that precipitated some skillful shooting of a different kind.

"We had a small crew on ATVs and two drones capturing the action," Neerland says. "Unfortunately, one of the drones crashed into the tree-line. It got stuck 40 feet in the air."

"He went to his truck and came back with a 12-gauge shotgun," Neerland says. "Two shots later, the drone was rescued, and we went on to capture some of our best footage."