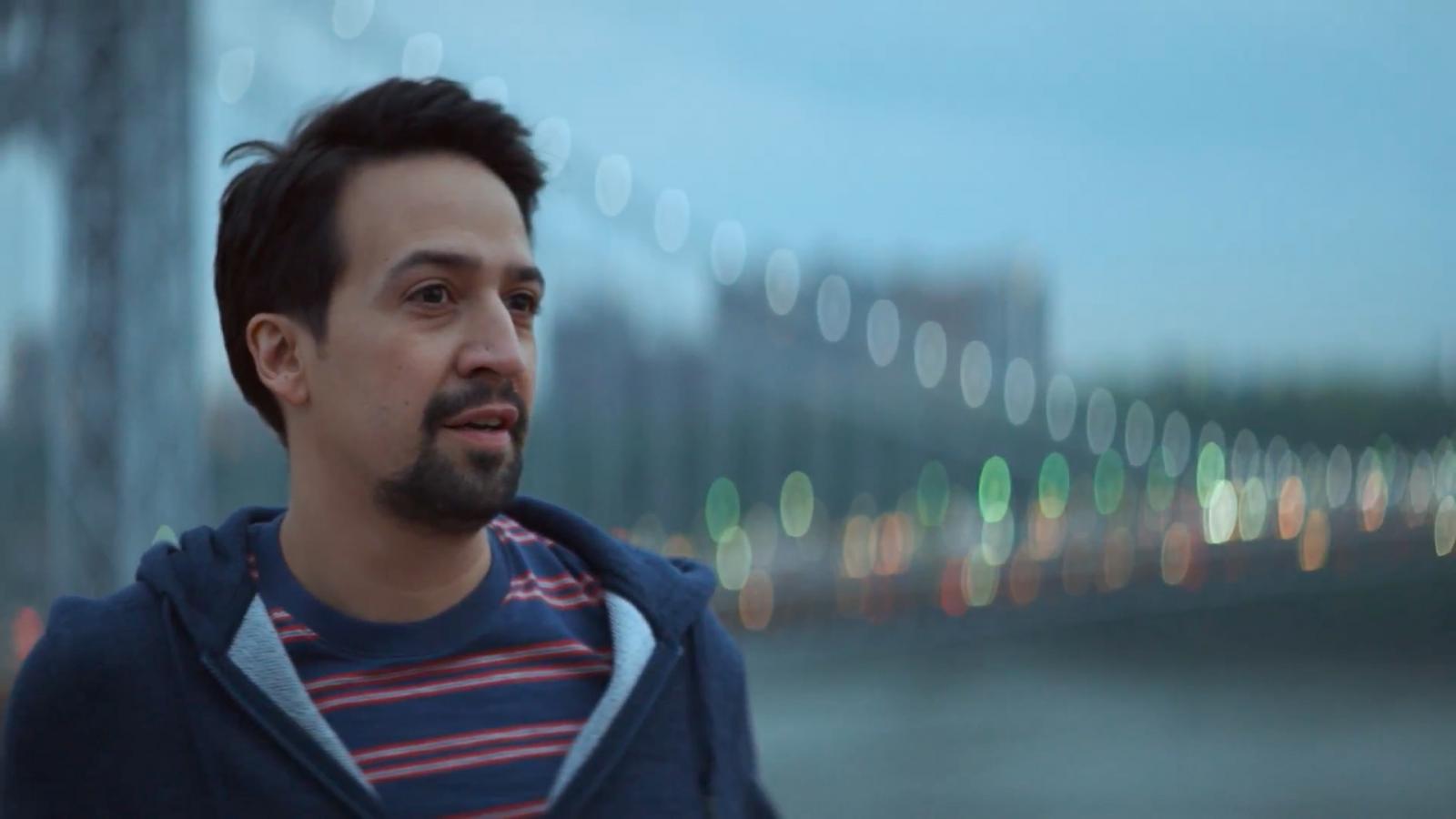 Once and forver, his neighborhood (and his card)

If you're looking for an inspirational brand ambassador, you couldn't do much better than Lin-Manuel Miranda.

This is particularly true for American Express, whose Small Business Saturday initiative, now in its eighth year, celebrates local neighborhood businesses. And few people have as close of an association with a neighborhood as Miranda has with Washington Heights—the area of uptown Manhattan where he's lived all his life and which inspired his breakthrough musical In the Heights.

Miranda, best known now for his second musical, the world-beating Broadway blockbuster Hamilton, stars in a new 60-second AmEx spot by mcgarrybowen in which he tours Washington Heights and waxes poetic on what you shouldn't do if you want to live a passionate, engaged life.

The spot is about "the power of supporting communities—not just the ones we are born into, but the ones that we create for ourselves," a rep for AmEx tells Muse. "Because when our communities thrive, so do we."

Hamilton reverberates throughout the spot. Miranda is seen visiting the set at the Richard Rodgers Theater. He walks his dog in the park next to the Morris-Jumel Mansion, where Aaron Burr lived for a time (and where Miranda wrote parts of the musical). Christopher Jackson, who played George Washington in the original cast, makes a cameo. And the voiceover copy—about the past speaking to the future, being inspired by books, and creating "the room where it happens"—also has plenty of fodder for Hamilton geeks.

The full voiceover copy is below. The decision to structure the copy around what not to do feels a little odd ("Just don't think you have to do it alone" is particularly cumbersome), but the point comes through anyway.

Don't forget that the past can speak to the future. Don't assume the substitute teacher has nothing to offer. Same goes for a neighborhood or a community. Don't forget that friendships last longer than any Broadway run, and that inspiration will strike while you're walking your dog, or reading a book. Don't settle for your first draft. Don't settle for your 10th draft. You get to create the room where it happens. Just don't think you have to do it alone. Go out into the world knowing someone has your back. The powerful backing of American Express. Don't live life without it.

The song in the spot, "Mañana," was written by Miranda and his longtime collaborator Alex Lacamoire on the fly while they were filming. "It ended up being a beautiful backdrop to carry out the story," AmEx says.

The spot's launch is timed to the U.S. Open tennis tournament, which AmEx has long sponsored, and it will run until Small Business Saturday (the day after Black Friday) in late November.

So we made this over the summer!
Very proud to be working with @AmericanExpress, supporting small businesses in my community, and boy was it fun to make an ad in my 'hood uptown, with my friends & loved ones. Enjoy.#AmexLife #AmexAmbassador pic.twitter.com/cYdK9ufELY