As the Latin Grammys Turn 20, the U.S. Is Livin' La Vida Loca

Latin music has never been more central to pop culture

This summer, when J Balvin took the stage at Lollapalooza to massive cheers, the Colombian reggaeton star made headlines as the first Latin artist to perform at Lollapalooza in the U.S., one of the largest and most iconic music festivals in the world.

This moment is yet another affirmation that the Latin beat has been steadily getting louder throughout the past two decades. In February 1999, Ricky Martin made music history when he performed the '98 World Cup theme song, "La Copa de la Vida," on the Grammy Awards live from Radio City Music Hall. Right after, not only did his English-debut album go on to sell millions of copies worldwide, with "Livin' la Vida Loca" becoming one of the best-selling singles of all time, but his electrifying performance helped usher in the "Latin explosion."

Latin crossover artists were a handful of beloved, big names who included Gloria Estefan, José Feliciano, Selena, Carlos Santana and Julio Iglesias. It was Ricky's performance that began to change it all.

I witnessed the power of this explosion firsthand as vice president of Estefan Enterprises, the game-changing music, entertainment and hospitality empire owned by Gloria and her hitmaker husband Emilio. The Estefans were a pioneering force behind Latin music in the U.S., and Emilio managed and/or produced some of the leading talent of this new era: Shakira, Marc Anthony, Jennifer Lopez and Ricky Martin, to name a few.

At Estefan Enterprises, we collaborated with key music industry leaders to assist the Recording Academy as they created the Latin music version of the Grammys. The inaugural Latin Grammys were held in September 2000 in Los Angeles, and the rest is history.

Fast forward 20 years, and not only has the award show become the global stage for Latin culture—Ricky Martin is hosting for the first time, this Thursday in Las Vegas—but Latino flavor is setting major trends as it permeates American popular culture.

Today, Latin artists no longer have to "cross over" to find mainstream success. From Pitbull to Maluma to Karol G and so many other notable examples, they are now mainstream in their own right. According to a recent Nielsen report, Spanish language is a more frequent feature of popular music. The numbers speak for themselves. Latin trap artist Ozuna was the most-viewed performer globally last year on YouTube, and eight of YouTube's 10 most-watched music videos are by Latin artists.

Hispanic artists are loud and proud about the uniqueness of their culture and heritage, and mainstream performers and fans are very much on board. Luis Fonsi and Daddy Yankee's global hit song "Despacito," and its English version with Justin Bieber, became an unprecedented phenomenon. Its music video was the first ever to reach 6 billion views on YouTube. Latin influence continues to make history. And even before Puerto Rico's Bad Bunny released his debut album, he had risen to the top of radio and music streaming charts through collaborations and remixes with artists such as Drake, Cardi B and Nicki Minaj.

The Hispanic population has boomed to one-fifth of the U.S. population, and its buying power is expected to top $1.9 trillion by 2023—higher than the GDP of countries such as Australia, Spain and Mexico. For brands, this means catching the Hispanic wave is essential to both staying relevant and increasing market share.

Music is an authentic, powerful tool to capture the hearts and minds of consumers. Music is an expression of pride throughout Hispanic heritage. Music provides a deep connection to our roots as we navigate our Latino and American duality.

The Latin beat is booming like never before. Marketers need to get into the rhythm or risk sounding woefully out of tune. 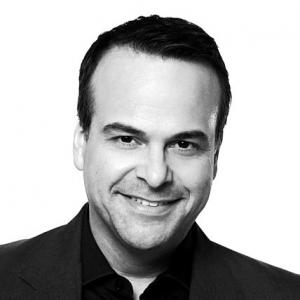