John Legend Reimagines 'I Can See Clearly Now' for Vrbo

A powerful ode to post-pandemic reunions 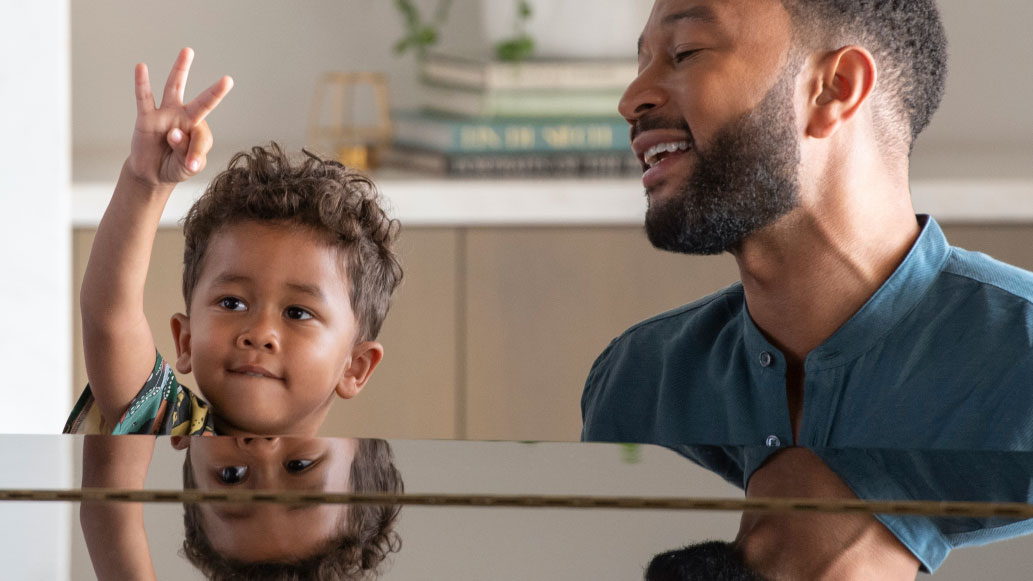 Planning a family reunion after agonizing months of Covid separation? You couldn't book a more soulful headliner for the festivities than John Legend.

The singer covers "I Can See Clearly Now" and appears in a short film developed for Expedia-owned vacation-rental site Vrbo by agency CPB and director Savanah Leaf. It celebrates a return to togetherness as pandemic restrictions continue to lift, and we watch real people joyously reunite.

You'll see friends and family surprise newlyweds on the steps of city hall, folks partying like it's 2019 at gatherings, proms and graduations, and a couple meeting their 7-month-old grandchild for the first time.

Ah, celebrities! They helped see us through the worst of Covid-19 in countless PSAs, and it's oddly comforting that one of music's biggest names is here to serenade us as we emerge on the other side.

Appropriately, Legend's take sounds more urgent, cathartic and R&B-driven than reggae icon Johnny Nash's original from 1972. Nash's version feels intimate and intensely personal. We get the idea that after overcoming all obstacles in his way, he feels refreshed and revived, waking to "a sunshiny day." Legend, on other hand, pours out his heart. Buoyed by a dramatic arrangement, he banishes clouds and pain through the sheer power of his pipes, summoning that euphoric rainbow the whole world's been praying for.

The two-and-a-half-minute video shows Legend at home, singing and playing piano, with his young son and daughter nearby. Part of Vrbo's broader "After a Long Wait" campaign—which positions the brand's rentals as go-to venues for post-Covid getaways—the video launched during Tuesday's season finale of The Voice, with commercial edits running on ABC, NBC, Facebook and other platforms.

"Vrbo believes there's nothing more important than being with the people you love," says global brand VP Lish Kennedy, so the team aimed high and made "this goosebump-creating commercial" for maximum impact.

This behind-the-scenes clip might be more heart-tugging than the music video itself, as we meet the everyday folks reunited for the campaign:

Below, CPB creative director and creative diversity chief Jason Pierce chats with Muse about the project.

Jason Pierce: We had already launched some work with John at the end of last year. He was the voice of our spots, and that was where the partnership started. That said, the partnership isn't just about John. It is about his family and who he is as a husband and a father. Since we are setting out to position Vrbo as a brand that stands for family, we all knew that the Legend-Teigen family was the most natural fit.

So, you were going for a family vibe in the music video?

In our work for Vrbo, we try to represent the people and places as authentically as possible. We shoot real families, and real properties that you can find on their platform. All of the homes featured in this film, you can find on Vrbo in places like Malibu, Longbeach and Silverlake.

That really is John's son Miles, who is 3, and daughter Luna, who is 5. They are the absolute cutest. We didn't want to script them. We wanted them to do exactly what they do at home, and they showed up ready to play.

What went down on set?

John is a perfectionist, and we knew that the piano in the house had to be tuned perfectly before he would even touch it. So we had a world-class piano tuner come in the night before, and then again on the day of the shoot. I think the whole process took six hours.

The first shot of the day was actually the first shot in the film. The crew and everyone was quiet, and the camera was rolling. Open on John having a quiet moment with his son, tinkering on the piano—and in a blink of an eye, Miles just starts going at it with his feet. It was a very Josh Baskin moment—yes that is a Big reference. All anyone could do was laugh, because just look at that little face.

Obviously, the song suits the tenor of the times. Did John have any input in the selection process?

In this case our approach was completely music driven, so we had the song before we knew what the film was going to be. We knew the feeling we were after, and our team had gone through at least 20-30 songs before we narrowed it down to a few. Al Green was in that lineup originally.

"I Can See Clearly Now" is a tad overused. Here, though, its familiarity is probably a positive. It suggests the return of simple pleasures that mean so much to us all.

To be honest, I was torn on the song. I didn't know if it was going to work for what we were after. John actually got me excited about it. We bounced a few ideas on music, all great options, but John was struck by this one. You could see it in his eyes and you could hear it in his voice when he talked about it. It was pretty much undeniable at that point.

The night before the shoot I asked him, "Why this one?" The part that struck me most was how he talked about wanting to "bathe people in this warm light," and that was when it all clicked for me. His emotional connection to it was what made it so perfect, and you hear that in the music.

Can you explain what all this says about Vrbo's brand?

We have all just gone through, and in many cases are still going through, a life-changing event. We wanted to find real families that had been disconnected from their loved ones because of this, and simply reconnect them. No matter your economic status, your age, your ethnicity, your political views, where you live, we've all longed for someone. We've all experienced what it is like to miss Nana, Baba or Granny. We featured only a few of the many, many stories that others may have. We hope this film inspires others to find ways and places to reconnect with people. That is what we mean by, "Your Together Awaits."