Mike Diva on crafting seven music videos at once

Comedy collective The Lonely Island (with help from Lord Danger and Imposter Films) put "The Unauthorized Bash Brothers Experience" in play on Netflix yesterday, with Andy Samberg as Canseco and Akiva Schaffer as Big Mac. 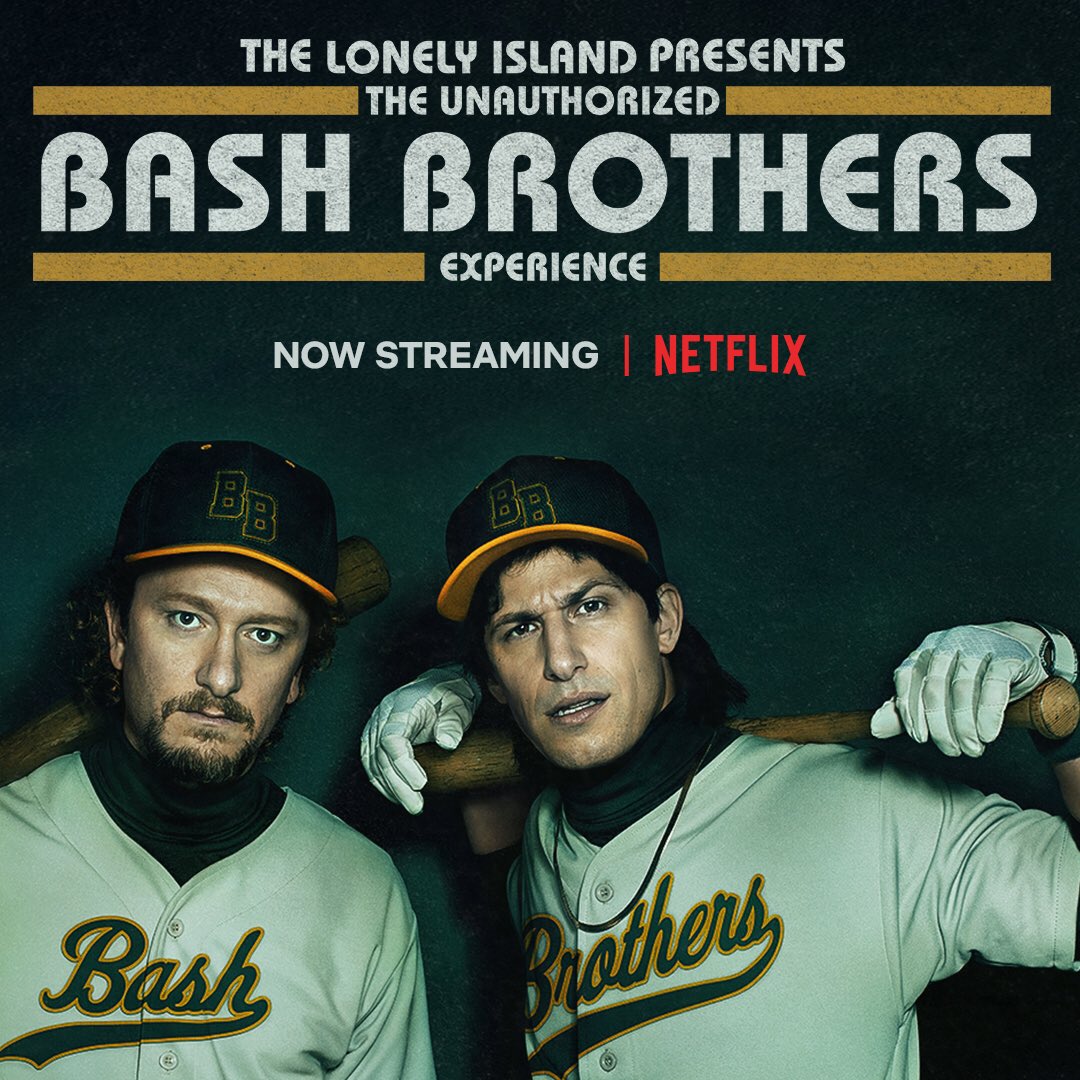 Co-directors Schaffer and Mike Diva—known for his surreal 2017 Halo Top commercial "Eat the Ice Cream"—bring their (Oakland) A-game to the park, raucously ripping into the fleeting fallacy of stardom and its place in our hyper-branded, media-saturated culture.

"The world needed baseball rap comedy art, and no one else was doing it," Diva tells Muse. "Andy and Akiva had the songs before I was brought on. After that, it was five months to get the ideas down for the videos, writing the treatments for each song, essentially figuring out what we were going to do. Shooting was five or six days back in December. And a couple months in post after that, here we are."

Some of the rhymes are inanely sublime, with the players bragging on and on about their sexual prowess—while conceding (often in the very next line) that they can't get it up and feel strung-out from the nonstop steroid abuse.

Take, for example, "Oakland Nights," one of two pretty-much NSFW sequences broken out as music videos. It features an appearance by This Is Us's Sterling K. Brown with a vocal assist from Sia. On the prowl for bootay, Jose and Mark bring dates—scene-stealers Jenny Slate and Hannah Simone—back to their weirdly Asian-appointed crib for some cuddling in casual attire. ("Silk robes and kimonos/Silk robes and kimonos/I'm a pro when I bone/But I do it pro-bono!")

Those beastly bros wear their A's duds all around town in the next clip, an inspired bit of Beastie-esque buffoonery that boastfully begins, "She said she wants to fuck me with my uniform ON/She grabbed me by the bat, now it's going, going, GONE!"

Our personal fave from the film is a frantic number set in an IHOP parking lot, with a crazed chorus urging the guys to wildly wiggle their their needle-nicked butts.

Haim and Maya lead the persistent posse. (That's Ms. Rudolph if you're nasty.)

"We wanted to keep this as surrealistic as possible, and make fun of art while being art," Diva says. "I wanted to do something visually all over the place in a way that you never really know where the video is going. The trippy nature of the whole thing was really important, because surrealist imagery and baseball is not something that had ever been done before."

Samberg and Schaffer are skinny dudes who look like they wouldn't know a 'roid if it poked them in the ass—which, of course, is part of the joke. In fact, EVERYTHING here is a joke, and the comedy comes rapid-fire and densely packed, along with tons of '80s references (Alf! Folgers! Madonna! Hulk Hogan! Macho Man! Where's the beef?!).

Canseco himself makes the winning call:

@thelonelyisland just watched The Unauthorized Bash Brothers video! I can't stop laughing. Loved it. If you want to do a follow up video contact my Manager Morgan: 7023743735

"My biggest challenge was making something that amplified Andy and Akiva's music, while simultaneously entertaining people who don't know who the Bash Brothers are and won't get the references," Diva says. "Luckily, it turned out pretty easy to do, because there were so many talented people involved. Being in post-production on seven different music videos at once, while working with artists all around the world, was one of the most challenging things I've ever done, and I can't believe we pulled it off, but we did!"

In a sense, the project follows the classic Lonely Island game plan. Shades of the troupe's seminal limp-dick epic "We're Back" and the uber-literal humor of "Lazy Sunday" abound. Some reviewers have likened "Bash Brothers" to Beyoncé's "Lemonade" visual album. Sure, there are similarities between the long-form musical narratives. That said, Schaffer and Diva go in an entirely different direction with their hip-hop hijinks, mixing in pathos to pump up the jam when you least expect it.

"Bash Brothers" elevates an established silly style. At times, the bon-mots and sight gags leap off the screen with furious exit velocity. The bizarre randomness and surprisingly sad subtext of the Canseco-McGwire saga provides the perfect launching pad.