Inside 5 Ads Where Music Was Critical to the Storytelling

Energy BBDO's Daniel Kuypers on some of his big hits

If Daniel Kuypers' ears are burning, there are two possible explanations, and they're inextricably intertwined.

First, as music director of Energy BBDO for nearly five years, he's listened to thousands of tracks. Sometimes he listens to thousands of tracks just to pick one for one commercial. Often, these recordings span multiple genres and different eras of the pop-culture spectrum. He's been known to listen nearly all day long, for weeks on end, to find the perfect fit. 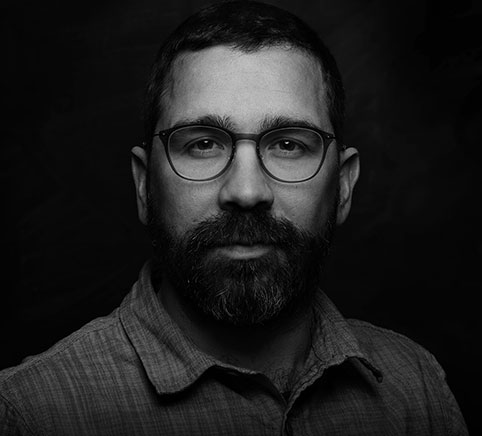 Kuypers' hit parade began in 2015 with "The Story of Sarah & Juan" for Wrigley's Extra gum. Propelled by Haley Reinhart's powerhouse cover of Elvis Presley's "Can't Help Falling in Love," the spot generated tens of millions of views and won a Gold Clio for Best Use of Music. (Kuypers serves as a juror in that category this year.)

Reinhart's achingly emotional rendition "played a very significant role" in the spot's success, providing emotional context that helped the years-spanning love story unfold, Kuypers says. "People talk about the music as much as anything else in that commercial," he adds.

More recently, he set the tone (literally) for notable campaigns from Pearle Vision, Windex and Home Instead Senior Care.

In a conversation below, edited for length and clarity, Kuypers discusses his creative process for mining deep cuts, commissioning tunes, re-recording hits and composing original tracks.

Muse: In the recent "Max and Bill" spot for Wrigley's Extra, a white boy and an African American man bond over chess. Talk about the music selection.

Daniel Kuypers: We're not just shoving product down people's throats, so we wanted a song that helps tell our story of two people from different backgrounds who come together at different points in their lives. It's a story about connection. So, on a human level, we really wanted to find a song that helps illustrate that. I listened to probably 2,000 songs over the course of four or five months. We settled on "Every Age" by Jose Gonzalez.

Did you come across that one late in the process?

I heard it somewhere towards three-quarters of the way through. It definitely made a lasting impression. And a big part of it was that the lyrics are kind of ambiguous. It's not dictating or narrating the spot. It's more another character in the spot.

It was an obscure song. Talk about using a big hit versus a deep track.

Whatever the story needs, that's what I go for. It's fun to license a big, well-known song, and you get immediate traction with it, but it doesn't always tell the story best. The other songs we had on our ["Max and Bill"] shortlist were big, well-known songs. I'm not going to fall in love with the song because of the name of the track or the artist. We took an existing song and went into the studio and recreated it. It's like a hybrid of commissioning something and also using existing material.

Why not use the original?

We changed the tempo, the instrumentation, the tone of the singer. We wanted a more soulful, deeper feeling [from Jacob Banks, who delivers a slow-burn rendition of Gonzalez's folky tune]. We wanted to recreate the song in our vision.

Of course, you also did a re-recording for "Sarah & Juan."

We did a version of "Can't Help Falling in Love" with Haley Reinhardt. We wanted a modern piano ballad style. There are similarities between Jacob and Haley. They have incredible range, and they're very emotive.

I had little shivers because of her voice in that spot. I get feelings from it. I heard that song probably three or four months before we started production. I sent it to my team and I said, "I really think this could be good for the script that you guys showed me." Windex historically doesn't play on a musical stage that large. This was a new experience for a lot of the people working on it. So, I brought a lot of options to the table. But this was the one the client loved. We all loved it. And it worked so beautifully. Grace's voice, when you hear it—you turn your head and you want to know what's going on.

That song [the poppy yet poignant "A New Start"] actually came from a company in Amsterdam called Sizzor. It's an artist called Tessa Rose Jackson, who I've used before. I probably listened to 700 songs or something.

For that one, I actually went down to Nashville and worked with a singer-songwriter and a producer. We wrote the track ["Still Making Memories"] specifically for that spot. And then we worked with the songwriter, Jillian Linklater. We're working with her right now to release the song. We made a music video with her. So we're going to release the music video as well. She's going to keep performing it when she tours. It will be a single for her. [It's set to drop on May 31.]

Why did you do an original composition?

I thought it would be a great opportunity to create something ownable for the brand and something that people will associate with them. I also felt like we could tell our "Third Stair" story in a really beautiful way if we had a little bit more control over what we were saying.

What's the most basic piece of advice you'd give someone about using music in ads?

You could keep listening to music forever, but you have to be willing to put yourself out there and understand that not everyone will agree with you. Then you have to have reasons why you chose the song.

You get second-guessed a lot?

I've definitely had people within my company say "That wasn't my favorite" or "That's not what I would've picked."

Does it bother you?

No. I don't care. It's so subjective. And you know what? I'm not telling them how the art direction should be or what the copywriting should be.

Where do your musical tastes run?

I'm an '80s kid, so I love the Cure. I love pretty much everything the Cure has done. But I also grew up in a hip-hop world, with A Tribe Called Quest and De La Soul and the sort of the production values they brought to the table.

Give me a couple examples from your current playlist.

I'm unabashedly a big fan of Katy Perry's recent music. It's so weird and fun and good. My favorite thing out right now is LSD: Labrinth, Sia and Diplo. I think it's one of the best pop records I've heard in years.

It's not my thing. That sort of style I can't get into.

Talk about your early days.

I played music when I was growing up, but I didn't really get into it until just after high school. I got into that, and then got booked for a tour. I dropped out of college to do that, and I never did anything else [except music]. Our group was four DJs, me on samplers and keys. We would have a drummer play with us, a bass player, a trumpet player. And we got booked opening for Toots and the Maytals. So, we did that.

Did that lead you into the production side of music?

We started some labels to just put out our records, our friends' records. And that kind of took me into the business side of things, which I really enjoy. I like using both sides of my brain. I feel most rewarded when I do that. So I got into the business side, running these record labels and a distribution company and a recording studio. And that took me into producing music.

You got into advertising from there?

I started a company called Music Dealers with some guys where we did stuff for ads, movies, TV shows, and we would represent independent artists. And we would also make music with the artists we represented. That's how I got into the advertising world. We started working in-house at Coca-Cola. and that's how I got my ad branding education.

Is your current work creatively fulfilling for you?

I've been working on it for about 10 years! I'm pretty creatively fulfilled, for sure, with what I do now. I get to go in the studio and write songs, and I get to do a lot of editing music, which is something I really enjoy.

What's your advice for people who want to break into the music biz?

I get a lot of people—younger people like co-workers, nieces and nephews and daughters—say, "I want to be a musician. I want to do something in music, but I don't know what." And there are so many jobs within music other than "rock star." Last week, I was at Interscope Records in L.A. There's 300 people doing all kinds of stuff working in that building. I feel kids don't necessarily see those jobs. But it's important to know they're out there. And my job is just one of them.