How W Hotels Got Deeply Embedded in Music, Live and Recorded

Pablo Henderson, global marketing director at W Hotels, grew up in a musical home. His father was a prominent jazz pianist who helped popularize Afro-Cuban beats from Trinidad and Tobago on the London scene in the 1980s, and he even launched a successful music festival.

"My father did a lot of experimental jazz, and I was heavily influenced by a lot of that," Henderson says. "I grew up during a time when music videos came into play, and that probably influenced me quite heavily, too."

Though he never took up an instrument, it's still very much a case of like father like son for the younger Henderson, who leads an integrated music program across W's international properties. Sure, brands from Apple to Axe to Red Bull do music, but W turns the volume up high, with a set list that covers live festivals, recording studios for artists—at properties in Hollywood, Seattle, Barcelona and Bali—and a record label that distributes material across all major streaming platforms while scouting and grooming new talent.

Last week, the hotelier unveiled the lineup for its annual Wake Up Call festival, with Disclosure, Rita Ora, Rufus Du Sol, Roosevelt and others playing in October at W Dubai. 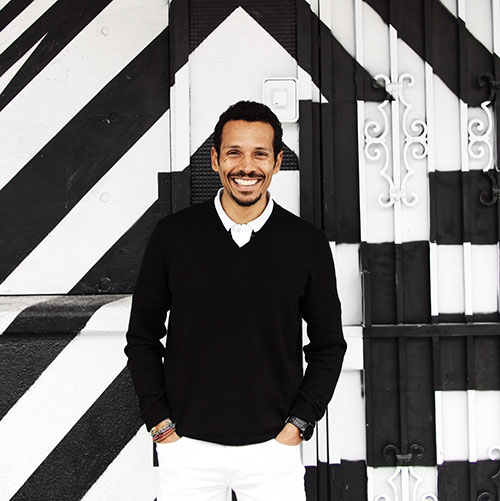 In the conversation below, edited for length and clarity, Henderson breaks down the chain's tuneful approach and discusses how he plans to keep the beat moving forward.

Muse: When did W decide to so closely align itself with music?

Pablo Henderson: Since the debut of the brand [in 1998], W has hosted performances in the hotel's Living Rooms [the brand's take on the hotel lobby], which have included everything from DJ sets to intimate live performances from singers and instrumentalists. In the early days, W New York hosted DJs who performed for guests and locals, setting an electric scene for mixing and mingling.

W has a history of backing new artists, is that right?

We worked with Janelle Monáe for a live performance at W Hollywood back in 2010 as part of our Symmetry Live performance series, and we've hosted her at other locations, like W Atlanta-Midtown, since. The other act's name is Disclosure. We've worked with them from a live set in the Living Room at W London in 2012 to support their first tour of the U.S. … [In 2010] W released a compilation CD [of various artists, and there were several such albums] that was available for purchase in the rooms. It sold so well, it nearly went gold [500,000 units]. Then when we started building recording studios and producing global music festivals, and we realized that one thing that differentiated us was the fact that we built a true music ecosystem.

W's probably best known for its festivals. How did those come about?

We had done the Wake Up Call music festival in Scottsdale in 2016 as a natural extension of the [in-hotel] live events, just on a larger scale. We tested whether a luxury music festival completely contained within the grounds of a hotel could work. After doing Scottsdale and seeing the response, not only from the media but from attendees, about how different it was from the other, more common experiences that people get from festivals—large-scale, in a field, camping, long lines—we decided we would look at scaling globally. 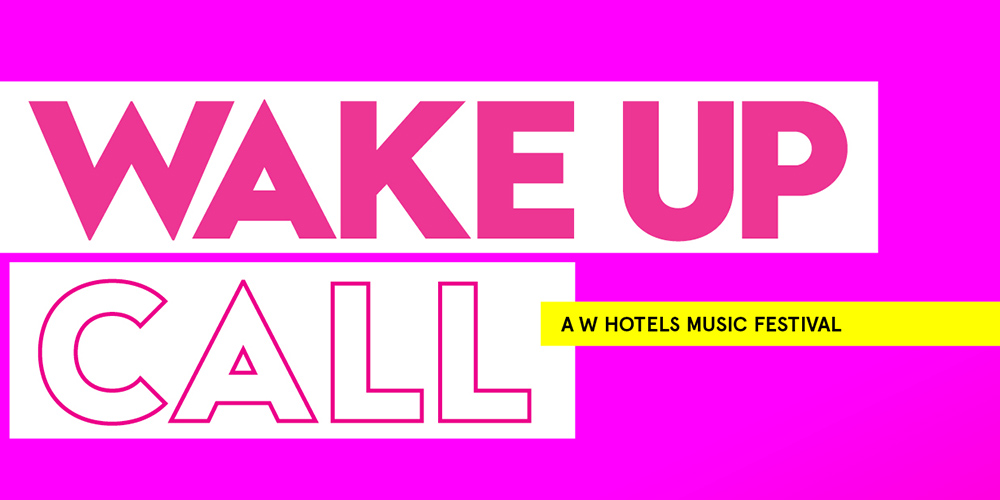 How did you expand the event?

We spent 2017 planning and getting everything in place, then we delivered the festival experience in the fall of 2018. In the space of several weeks, we hopped from Hollywood to Barcelona, and it all culminated in Bali.

How many people experienced it, in person and online?

We had over 11,000 people attend the festivals. We had over 13.5 million livestream views. And the really exciting part of it was the Moments. These were curated for our Bonvoy [loyalty program] members so they could experience once-in-a-lifetime opportunities outside of the festival performances.

Can you describe some of these Moments?

Each of the Moments packages were open to rewards program members for bidding. More than 1.8 million points were redeemed across the Moments offered at the W Hollywood location of 2018's Wake Up Call, which included a VIP party with Phantogram, a festival-inspired makeover and photo shoot with Betty Who, a DJ masterclass with Chromeo in the hotel's W Sound Suite [recording studio], and a laid-back meet-and-greet with Charli XCX. Moments were offered with headliners at each festival location.

What's happening with the festival this year?

Wake Up Call will be going to Dubai in October, and we're really excited to have our artists from W Records at the festival with a VIP event on the 10th. We've got two days of performances and programming in place. We've only got one stop in 2019, and we're going to Middle East for the first time.

Last year you launched the label amid some fanfare. Who've you signed so far?

There are four artist that were part of the inaugural class that recorded projects for W Records. I should point out that Amber Mark was already signed to a major label, and she did a W Records project with us in collaboration with Universal. The other artists were Perfume Genius, Roosevelt and Japanese Breakfast.

Have they all used the hotel recording studios?

It was really exciting for us to see that creative process unfold within the hotel environment. We recently released the W Records box set volume one [an online and in-app playlist] with eight tracks, two from each artist. And we've done videos and promotion. We've got a limited-edition vinyl version that is not going to be available for purchase. It's a hard copy—we partnered with British designer James Joyce to create a gifting item [for participating artists, movers and shakers in the music industry and friends of the brand]. We're just wrapping that up now, and then we'll be moving on to new developments, but the idea is to continue to work with new talent.

What's the boost for the brand?

It provides an opportunity for us to harness the universality of music in an authentic way. W Records serves as an umbrella program for all the other things we're doing in music. We share our guests' passion for music, and so guests turn to us as curators in some regard, as providers of relevant content, and we've been able to enhance the guest experience. If you stay at a W, you can hear music by these artists playing as part of your stay. When you turn on your television, you can consume the content we've created. When you're outside the walls of the hotel, you can stream that music.

Does this fulfill a certain creative mission for you personally?

Very much so. I definitely believe that W has provided me with an opportunity that I don't know could have been created under any other circumstances. Not only the global scope, but the quality of the artists that we work with and the resources we've been able to bring to the project.

Is there any other brand you feel does music well?

I've always had a lot of admiration for Red Bull and their approach to media and pushing boundaries, whether it was somebody free-falling out of space to them supporting breakdance battles. I think they have really been able to do music in an authentic way. Apple does music really well. Obviously, you think of Apple as the listening device and library for your streaming music. But also, the way that they integrate music into their campaigns—I look at that with admiration. It always feels like they pick the right song for the launch of any new product. It always feels like they've got their finger on the pulse.