How a Clio Awards Dinner Led to a Rockin' Creative Collaboration

Our fortuitous encounter with the Struts

We'd always made the rounds in the awards shows, nabbing national hardware in various competitions, but we'd never entered the Clio Awards. We had just wrapped up a fantastic campaign for Valvoline called "Never Idle" and decided it was time to give it a go. So when we heard the news that we'd won something, our chief creative officer Ford Wiles and I decided to go to New York City last October for the Clio ceremony.

So, we're at this welcome dinner at the Nomad Hotel, and we're rubbing elbows with top creatives and marketers from places like Marvel and Viceland—a lot of interesting people. But I was immediately hooked by the killer sound of this British rock band the Struts, whom Clio had invited to do an acoustic set after dinner.

If you know me, you know I love rock 'n' roll—and you know I'm not the least bit shy. So I introduced myself and Ford to the Struts once they wrapped up, and we immediately hit it off. Pete Szabo, who had booked the band for the Clios, even invited us to one of their shows the following night at the Bowery Ballroom—my favorite venue in New York. Of course, we took them up on it and ended up in a private area upstairs at the Bowery.

That's where we met a gentleman by the name of Rome Thomas. He's one of the band's managers who works for a company called FreeSolo Entertainment, and he's part of a group that formed A&M/Octone Records back in the '90s, which helped bands like Maroon 5 blow up. In other words, he's pretty successful. 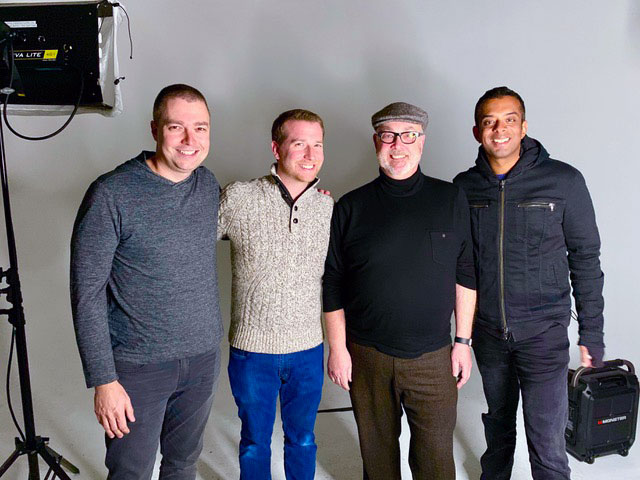 Come to find out, Rome and I have mutual friends back in Birmingham. As we're discussing this, we realize that the Struts will be not too far from us later in the month—at the Druid City Music Hall in Tuscaloosa. So I tell Rome that we have a really great motion design team at Big, and that we just won a Clio Award for film technique. One thing leads to another, and we strike a deal to shoot with the band a few weeks later down in 'Bama.

There's no more iconic place to shoot in Tuscaloosa, Alabama, than inside the WVUA-TV studios at Bryant-Denny Stadium (where the Crimson Tide play football, if you didn't already know). We basically did a one-person shoot/test with lead singer Luke Spiller for their single "In Love With a Camera" to help promote the new album. The band used a clip on their social media the day the album dropped, and we got high marks from everyone at Interscope Records. They wanted to see what else we could do.

Fast-forward a couple months, and the band is wrapping up their tour with two December shows in Nashville at the Basement East. We brought our motion design team and met the band at a studio in Nashville to shoot a full video for "In Love With a Camera." On our team, Ali Clark directed, Caleb Zorn DP'd, and Brian Curtin edited and designed. We cut it together over the holidays and turned it into a lyric video for a spring release, which happened earlier this month and drew rave reviews from fans and great engagement.

The Struts - In Love With A Camera (lyric video)

It's funny how these things work out in the advertising world. We didn't know any of these people back in September, and now they've become fast friends of ours whom we talk to multiple times a week. What's more, we're now being recommended for other projects with FreeSolo and Interscope, along with the Vector Management team in Nashville, who work with FreeSolo and the Struts.

I love the creative convergence that can come from being involved with the Clio Awards. Not only did we walk away with a statue, we made some really cool new friends who brought us some exciting projects. It also allowed us to showcase our agency's talents and show off Alabama's creative chops.

And I love seeing the rock stars at Big working for, you know, actual rock stars. 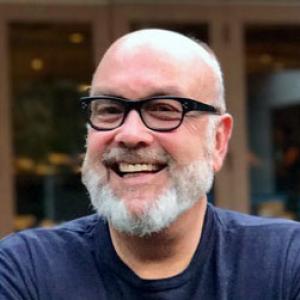