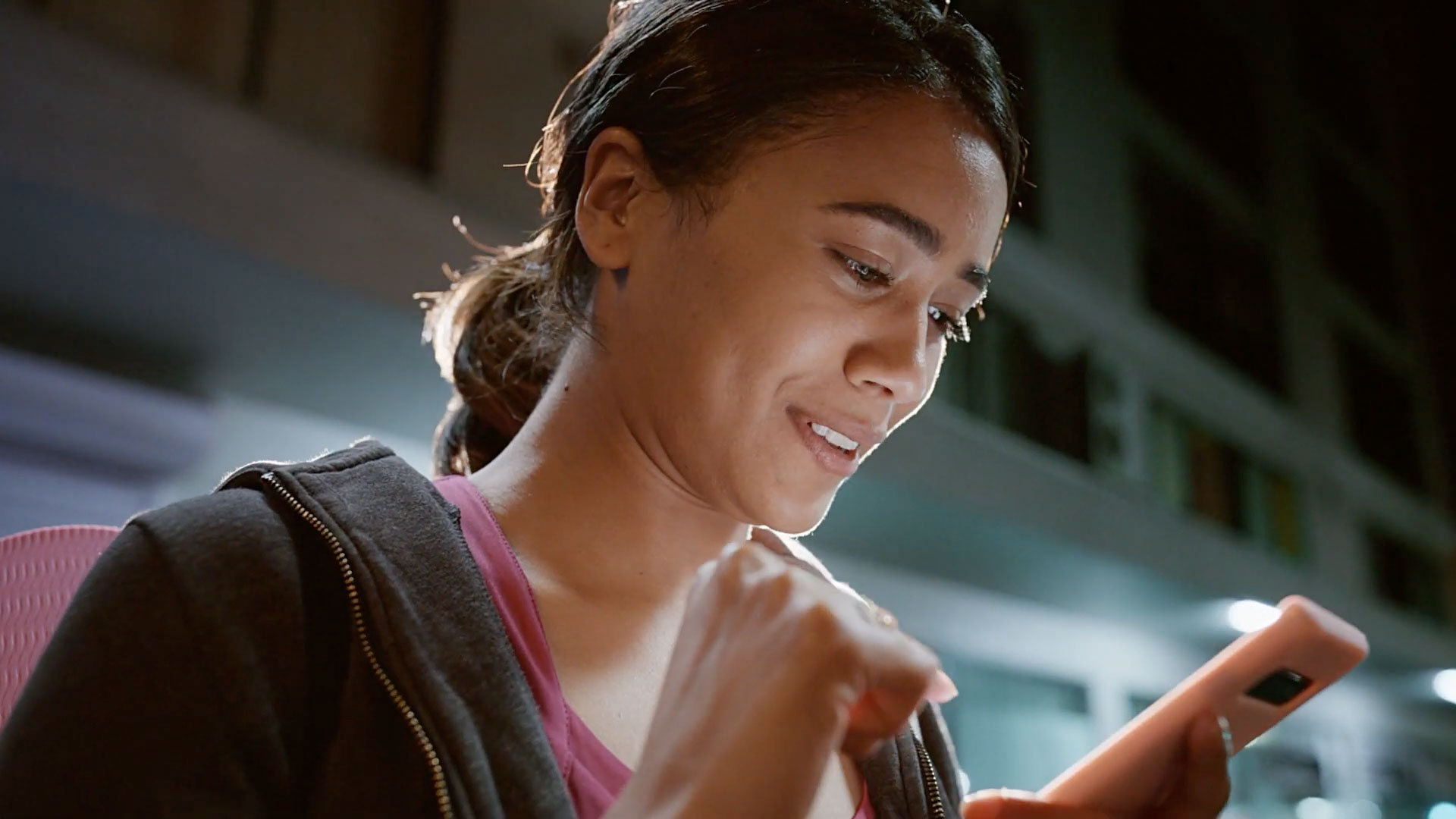 The minute-long clip, developed with Droga5 and Riff Raff director David Wilson, features owners who rely on Facebook apps every day. The accent's on vibrant entrepreneurship as we visit a Tallahassee goat-yoga farm, a San Diego cat-adoption cafe, and a Houston-based maker of handbags fusing African and Western motifs.

Jones narrates in her trademark robo-sexy style over an alluring dance beat:

People have ideas
Ideas are all around
You watch them, buy them,
Ride them into town.
And yet for every big idea
That rose to wild acclaim
There are so many more
That never found their fame.
And some might seem bizarre to you
And some are only for a few
But many are small businesses
That simply lack the tool
To find excited people
Who will stop and say, 'That's cool!'

Naturally, she assures us Facebook's targeted ad programs are there to help, and the spot ends with the line, "Good ideas deserve to be found."

"We thought about the tone of the creative and who best would represent ingenuity, evolution and the spirit of how an idea becomes reality," Droga5 producer Jake Herman tells Muse. "Grace Jones was a no-brainer to serve as the 'voice of ideas,' as who else could preside over a festival of inclusivity with such poise, and make the term 'personalized ads' sound so dangerously alluring?"

Indeed, though she's not identified and doesn't appear in the spot, Jones's smooth, confident tones deliver a special gravitas. Meanwhile, the syncopated cavalcade of colorful images peaks around the 18-second mark—we kid you not—with this evocative shot of goat yoga at dawn: 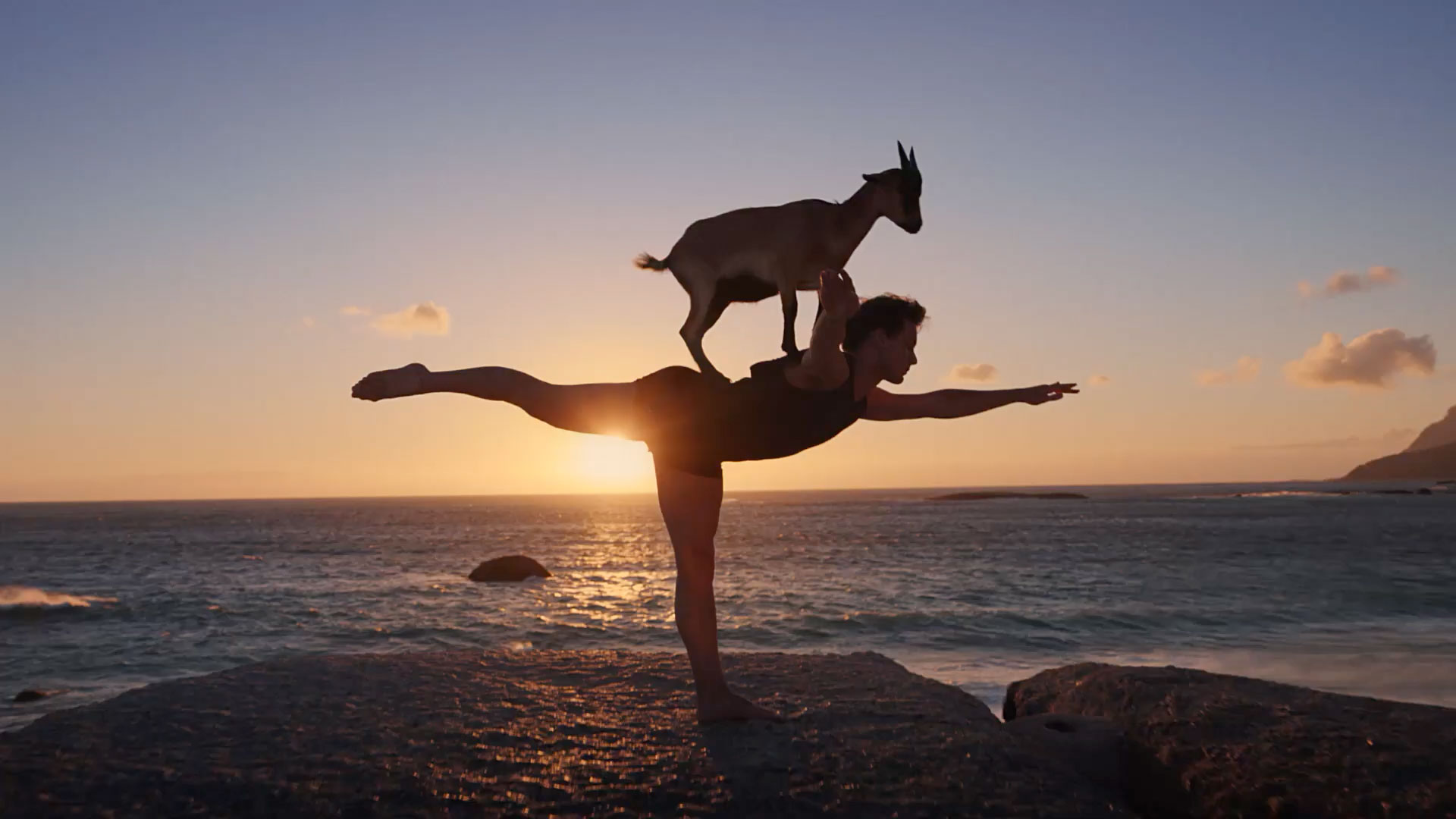 "We knew going in that it's hard for people to understand the value of the ads they see on Facebook and Instagram every day," says Droga5 creative director Thom Glover. "Our challenge was to tell a story about personalized advertising showing that value."

Ultimately, the team chose to focus on niche interests, "then imagined the whole thing as a catwalk show for all the small businesses who advertise on the platforms, set to a 'fashion song' about discovering exciting things and each one being just right for somebody," Glover says.

That concept, he contends, mirrors "what scrolling through Facebook and Instagram is like—'scroll, scroll, scroll… ooh, that looks interesting! I want that!'"

Some view the campaign as the latest shot in Facebook's war with Apple, an opportunity for the former to preen as the latter plots iOS 14 consumer privacy changes that could cut into the social networking giant's bottom line.

Fair enough. But it's worth noting that Facebook has long staked its claim as a friend to small businesses. Last year, the company launched a $100 million grant program to help entrepreneurs. Now, in tandem with the campaign, the social networking giant has simplified its ad manager and introduced special options—such as direct menu uploads—for restaurants struggling in Covid times.