Artist and brand continue their story together 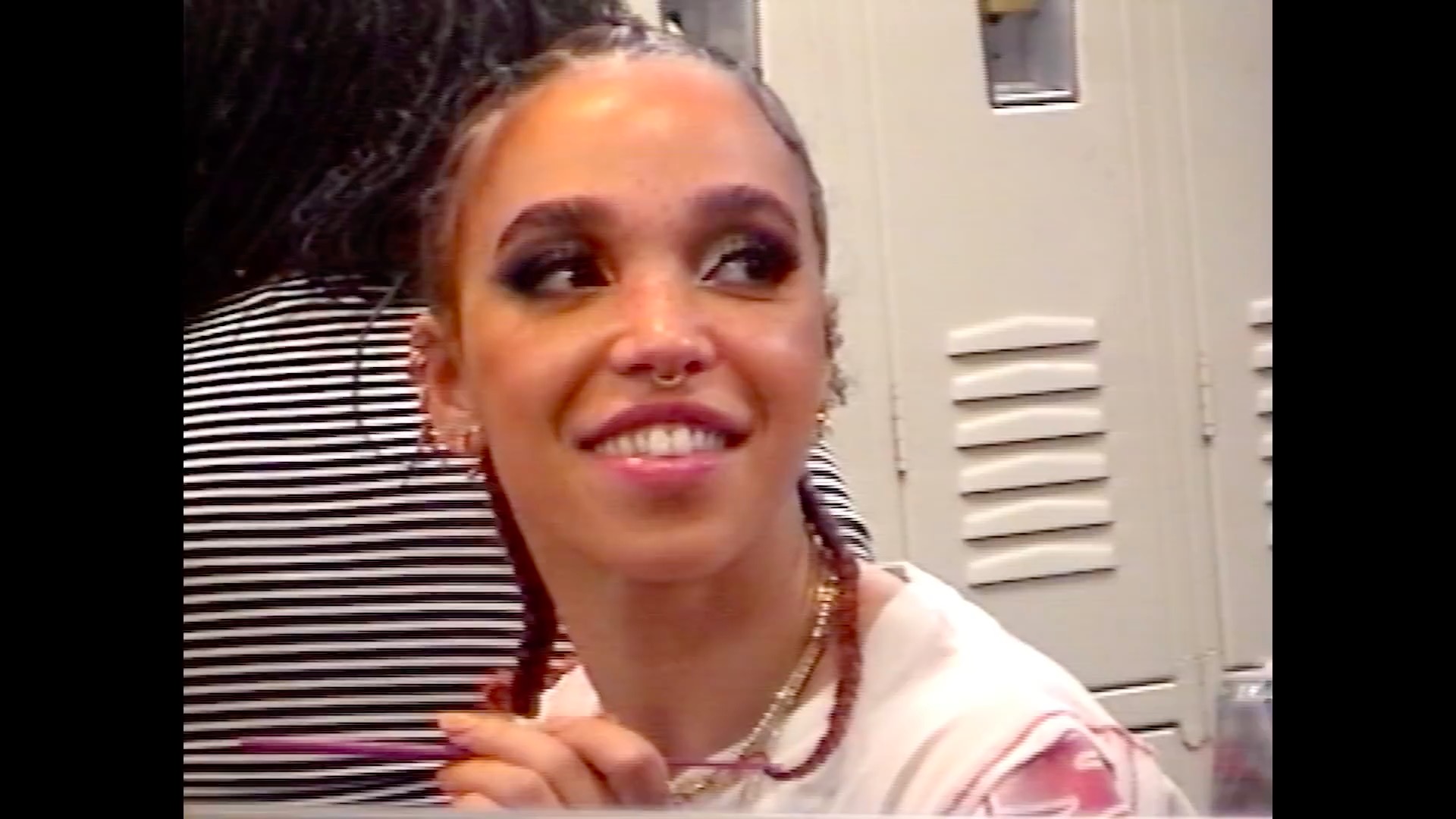 WeTransfer and FKA twigs continue their creative collaboration in bold style with "We Are the Womxn," a vibrant short film testifying to the physical and spiritual power of Black women.

Its 3 minutes and 40 seconds serve as a sight and sound celebration of female strength, community and healing. Twigs is seen perfoming at last year's Afropunk Festival in Atlanta and later joins local spiritual leader Queen Afua for both a sacred moon dance and an appearance at the Blue Flame, the city's first Black strip club:

In an interview for the project, twigs says she took over the venue "to create a matriarchal dominance in a space that's usually filled with, and run by, male energy."

Directed by Ivar Wigan, "We Are the Womxn" ebbs and flows to an urgent beat, as evocative, often erotically charged images pulsate across the screen. Rather than telling a linear story or documenting events, Wigan's approach fills our eyes and ears with strobing, primal impressions as these women—or womxn—join in joyous, cathartic, unfettered movement to proclaim their feminine identity.

Twigs and the other participants relate to each other, and the viewing audience, on a deep, almost cellular level. Every thrust and gyration tells a story. Each step, leap and shimmy relates a message of what it means to be Black, female, and human.

"We Are the Womxn" amplifies themes from twigs' 2019 album Magdalene, and its title track plays under the opening shots. The film also extends her foray into pole dancing—documented by the artist and WeTransfer last year, and on prime display in her acclaimed "Cellophane" video.

"For the past few years I've been curious about [my personal traumas], and actively trying to not only heal, but to also set free the ancestral traumas I carry with me," twigs says. "These traumas don't belong to me, and should not hold me back, but they do. As a woman of color, the lineage of pain within my bloodline can be deafening, like tinnitus that only I can hear, so to be able to acknowledge my search for healing and peaceful silence amongst womxn who may feel the same was incredibly comforting."

She adds: "My experience at the Blue Flame solidified that, although historically womxn are often pitched against each other for their looks or their assets by the patriarchy, when left to our own devices we are incredibly nurturing and healing for each other."

Ultimately, WeTransfer scores again, boosting its image as a progressive player in tune with the mind-set of its audience. The file-sharing brand's past efforts under its WePresent platform, with twigs and artists such as Björk, 88 Rising, Jesse Kanda and Grimes, were much in the same vein.

"It is exactly these stories of intimate and candid creativity that the team at WePresent strives to tell, while allowing artists the freedom they need for expression," says Holly Fraser, the company's editor in chief.

As for releasing the film in the wake of racial unrest over police shootings of people of color, particularly in the U.S., Fraser says: "Right now is a time for learning, reflecting and healing, and this is exactly what twigs set out to do with this piece. We hope this film starts a dialogue around creativity as a tool for healing."