The power of Elvie's 'Smart Bodies' 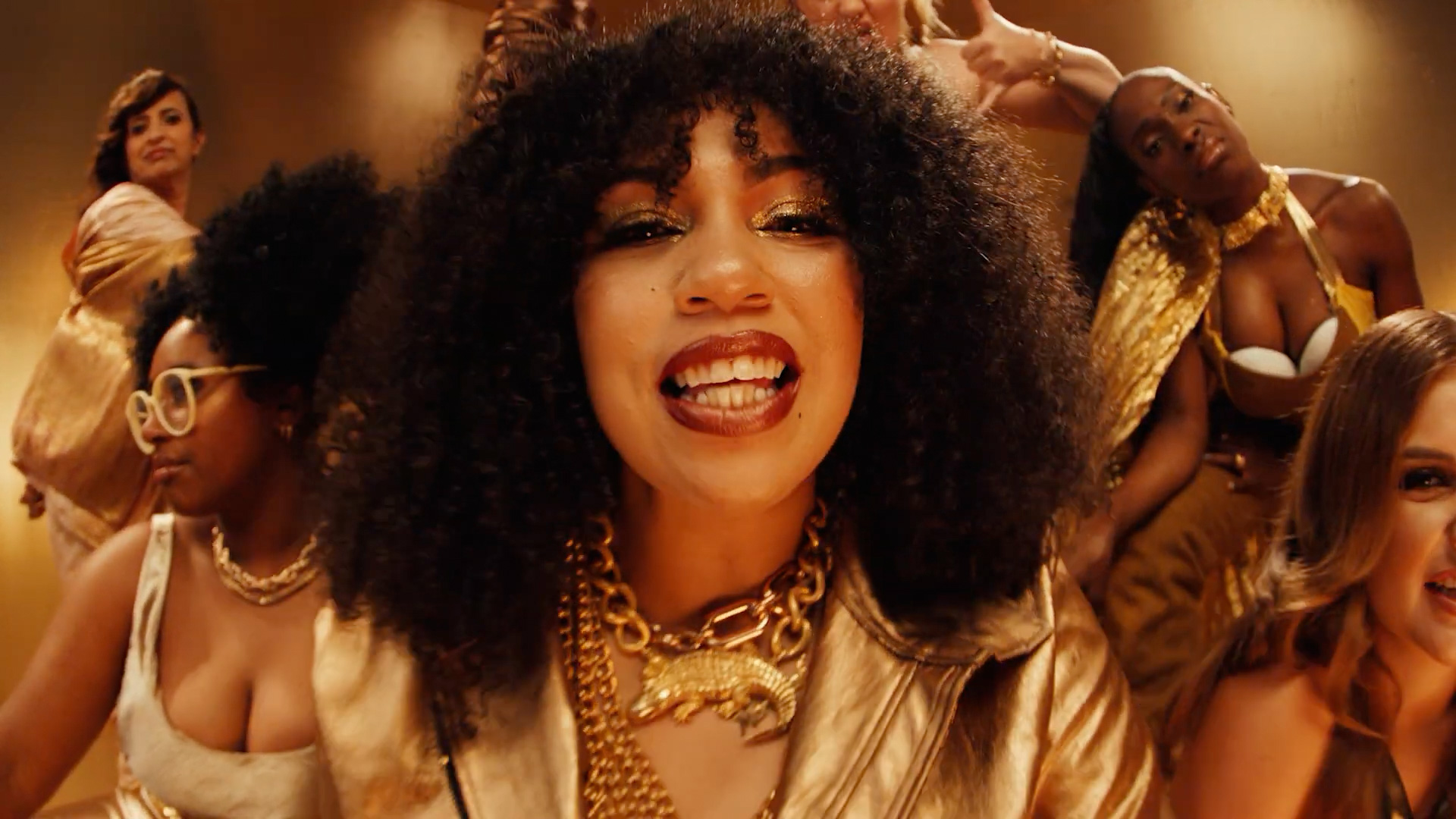 We haven't felt this excited about a musical ad since "Viva La Vulva."

But Elvie's "Smart Bodies," created by Mother London, isn't specifically about celebrating what's under the hood. In a larger sense, it's really about how amazing women's bodies are overall—something that, culturally, is especially underestimated when those bodies make life.

Eva Lazarus, an artist and current breastfeeding mother, headlines the spot and flows about just how amazing our bodies are. We can make life, and nutrient-rich milk! We can even make breast pumps fashionable.

"I wanted to get involved with Elvie on this new project because of the fears I had prior to becoming a mother," said Lazarus. "Normalizing all of the associated experiences of womanhood/motherhood are so important, and as a new mum I found it liberating to celebrate how inspiring it is that our bodies are undeniably smart and strong. I would love women to take that away from this campaign and feel emboldened. We are magnificent!"

Any ad that makes us feel good about our bodies, which are otherwise tacitly measured against all sorts of other cultural messages, is a plus in our view. But the technology that interacts intimately with our bodies matters, too. How good it feels, how well-designed for our particular needs, sends a powerful, and physical, message about the level to which we're considered (and valued) in the larger market.

The first time I saw someone use a breast pump, I was confused and a little alarmed. I walked into an empty women's room and found a woman pumping away. She looked up, equally surprised, and not in a happy way. The image it left me with was sci-fi while feeling hospitalish. Alone in a drab corporate restroom, her clothes half off, attached to this noisy, tentacled machine, it must have been worse for her, especially given how I reacted. I ran away.

This is something that will bother me forever. In addition to what she was already managing, she didn't need that. Thankfully I now know what breast pumps are. But the fact that this technology has, for so long, been cumbersome, unpleasant to tote around, and mostly hidden from public view, has bothered me since.

A few things have changed since then. In 2019, Katia Beauchamp, CEO of Birchbox, starred in an ad where, among other things, she was shown using a breast pump while in a hotel room, meaningfully highlighting what it is to be a busy working professional while also needing to physically provide food to a baby with your own body.

But "Smart Bodies" isn't just about celebrating our life-giving machinery, or raising awareness for the fact that breast pumping is a thing. Rather, it does what Method did for cleaning products: It says products should work for you, down to the tiniest details. They shouldn't be ugly or a pain to use. Given that breast pumps are designed for people who can't be physically attached to a suckling baby at all hours, they should be easy to move with, and ideally not force you to take time out of your day, seeking places to set up shop in peace.

Elvie's breast pump is cordless and wearable; you can literally tuck it into your bra. The ad also showcases Elvie's Kegel trainer, which helps women, postpartum or not, strengthen their pelvic floors. This is tech that seems to talk from a woman's perspective—functional, pleasing, designed for lives taking place on multiple stages. They feel like power.

It's the desirable smartphone equivalent for femtech. As Lazarus says, "My body's smart, give me the tools!"

Lazarus co-wrote the lyrics of this anthem alongside Mother. "Smart Bodies" will run across social networks, and via on-demand video, across multiple markets. It follows Mother's previous work for the brand, "Pumping Unplugged," which focused more on the breast pump.

"Elvie continues to hear from women that they want respect and recognition for their bodies no matter their size, shape or stage of life—and don't want to be held to societal standards," said Aoife Nally, chief marketing officer of Elvie. "As we celebrate International Women's Day, it's time we bust long-standing taboos and create tech that women deserve. Our goal is to empower and enable women to achieve everything their bodies are capable of."

Last year, Elvie received Time's Best Invention Award for its Elvie Stride, as well as two Good Design Awards from the Chicago Athenaeum Museum of Architecture and Design, for its Elvie Curve and Elvie Catch products.

A behind-the-scenes video appears below.