As we were wrapping up a recent internal creative review, one last bit of feedback was doled out like an unwanted parting gift. "How can we be more culturally relevant?" A collective sigh could be heard over the tiny Zoom boxes, followed by a nodding of heads as if to silently acknowledge that we had some good stuff but would anyone really care? So, the teams went back to rack their brains and search their feeds to find something a little stickier, the only solace knowing we aren't alone in this desire.

Because the goal of being "culturally relevant" is the elusive pursuit of every marketer. And we all know we'll do anything to achieve it. From co-opting the latest TikTok challenge to signing the next pop superstar to appear in our ads. We try to attach ourselves to whatever is hot at the moment as a shortcut to reach and engage people.

But more often than not, we just end up interrupting the culture we so desperately want to be a part of.

So, it begs the question: Is there another way?

Well, to start, try collaborating with culture instead of interrupting it.

Now, I know what you're thinking. Isn't that just a bullshit way to say partnerships? Well … yes. OK, so what … partnerships have been around for ages. True. But not all are created equal. Especially when it comes to artists and the music they create.

And let's be real, when we talk about brands collaborating with culture, we are talking about finding ideas that have the genuine interests of the brand, the artist and most importantly the fans at the center of it all. Which is obviously more demanding than just hiring a spokesperson or licensing a song in a commercial, but when done well has the potential to make a much more meaningful impact for everyone involved.

It was with this mentality and approach in mind that we crafted our Clio Music Award-winning campaigns for Adobe and the Ad Council.

For Adobe, we view partnerships as a way to give fans unprecedented access to the creativity of the music and artists they love. This filter is mutually beneficial to all parties. Fans get access. Artists deepen connections. And creativity makes it uniquely Adobe.

So, when Adobe partnered with Billie Eilish to help launch her highly anticipated album Happier Than Ever, we applied that very thinking. For the release, Billie wanted to connect with her fans on a more personal level and show the world she was more than just a musical talent but the creative force behind everything she makes. To do it, we created a campaign that would give Billie's fans a look into her creative process like never before.

It started by partnering to create an epic music video and a making-of that showed how Billie used Adobe Creative Cloud to take control and bring her creative vision to life. To further celebrate Billie's creative process and bring her fans closer than ever, we created a spot that took them on a visual brainstorm on how she landed on the idea for the epic music video for Happier Than Ever. Then we invited her fans to share their own creativity with the world. And in return, we gave them center stage with their original fanart appearing on tour with Billie, in her merch store and in a massive OOH campaign. All leading to one of the most successful album launches of the year for Billie and a record-setting campaign for growth for Adobe.

When it came to the partnership between Adobe and Tierra Whack, the Grammy-nominated hip-hop artist known for her creativity and unique style, we knew there was an opportunity to create something truly special for all involved. It all started with Tierra inviting her fans to flex their own creativity and style by having them design her next wardrobe alongside renowned stylist Shirley Kurata. The initial designs were utterly amazing, and to see them go from a Photoshop file to a physical outfit was even more incredible. So much so that the final outfits earned Tierra, Adobe and the fans a feature in Vogue magazine. Talk about being mutually beneficial.

But it doesn't always have to be a massive undertaking to make a successful partnership. Sometimes you just need the right artist at the right time to deliver a message in which they are personally invested. That's what happened with the Ad Council when we partnered with Willie Nelson to cover the iconic song "I'll Be Seeing You" as part of the national vaccination initiative "It's Up to You."

Willie was so passionate about the cause, he recorded the song the same day we contacted him. And that recording is the one you hear on the final spot. It's absolutely pitch perfect and still gives me all the feelings as it did the first time I heard it.

Are partnerships the sole answer to being culturally relevant? Absolutely not. But when done well, they can create an impression for the brand, the artist and the fans.

So, the next time you're tasked with "being more culturally relevant," start by asking yourself how you can collaborate with culture instead of interrupting it. 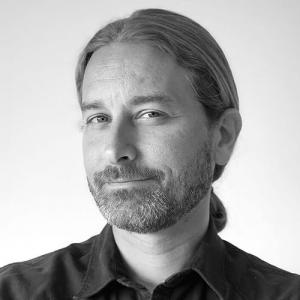