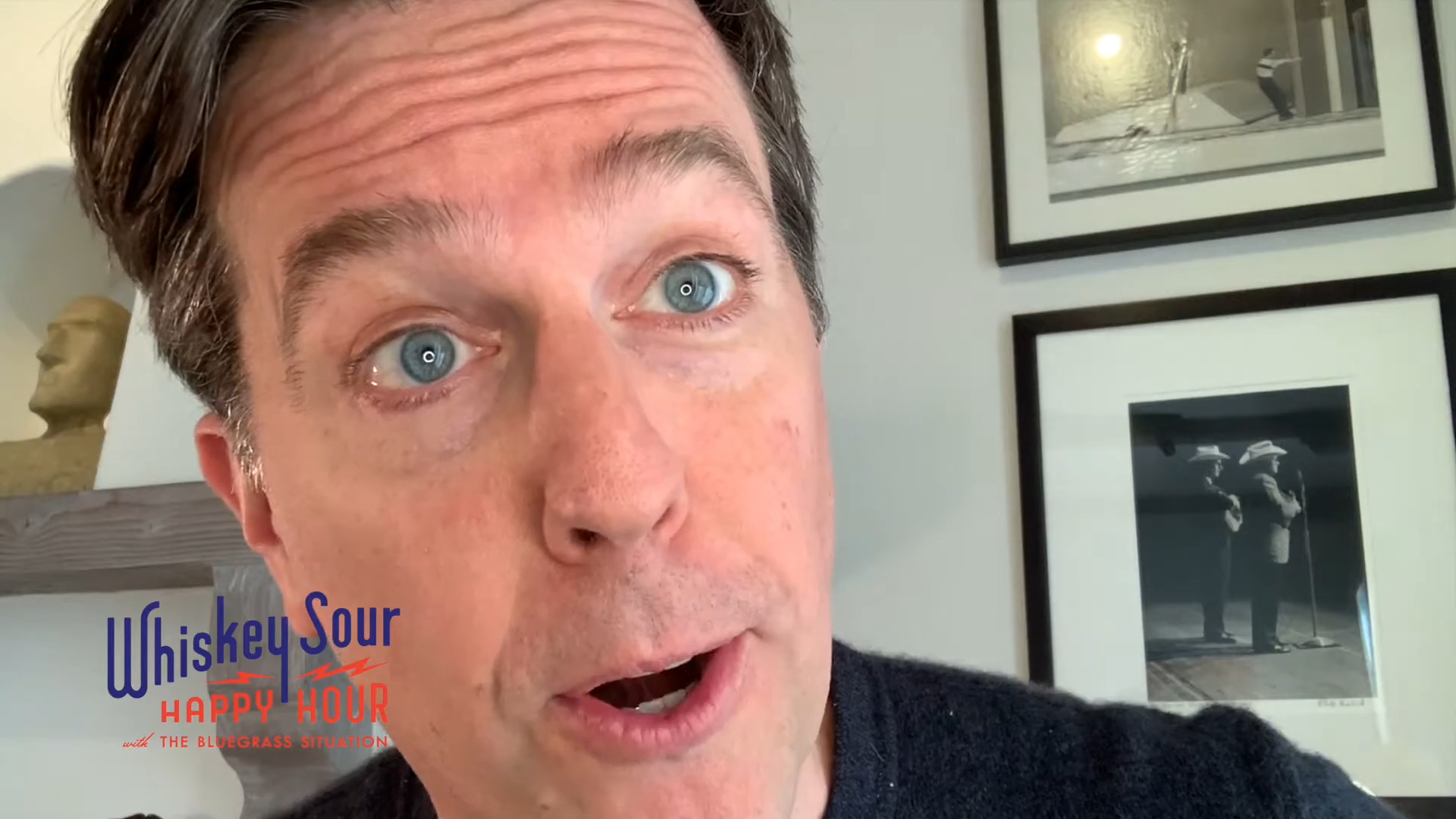 "It's a benefit. So if you watch the whole thing, and you don't make a donation— I mean, come on, don't be a jerk."

That's how funnyman and musician Ed Helms, of The Office and Daily Show fame, introduces his new streaming music variety show, Whiskey Sour Happy Hour, in the promotional clip below:

Each musician will pre-tape sets for the show, which premieres April 22 at 8 p.m. on The Bluegrass Situation's homepage and its social channels. New episodes will drop April 29, May 6 and May 13, with contributions from Chris Thile, Yola, Billy Strings, Sarah Jarosz, Rhiannon Giddens & Francesco Turrisi, Rodney Crowell, Aoife O'Donovan, Robert Ellis, and the Watkins Family Hour.

"A good byproduct of this bad situation is the feeling that people are experiencing entertainment at the same time—a return to appointment television," says Casey McGrath, creative chief at agency Night After Night, which helped develop the project. "That can provide a feeling of community when so many are experiencing loneliness. Programs like this also give individuals an opportunity to give back, so they can feel less helpless as they're stuck inside their homes."

"As soon as we realized the severity of the current crisis, Ed and I both knew we had to do something to support both our musical and medical community—and not just a one-time thing, but something that could promote more sustained giving," says Amy Reitnouer Jacobs, who co-founded The Bluegrass Situation with Helms and produces "Whiskey Sour Happy Hour."

"We wanted a brand partner—preferably a whiskey, for obvious reasons—that cared about the same things we do and could help us reach more people," Jacobs says. "We got in touch with the team at Night After Night, whom I knew from a prior connection. Almost immediately, they identified TX Whiskey, which was already fighting the good fight by producing hand sanitizer for first responders."