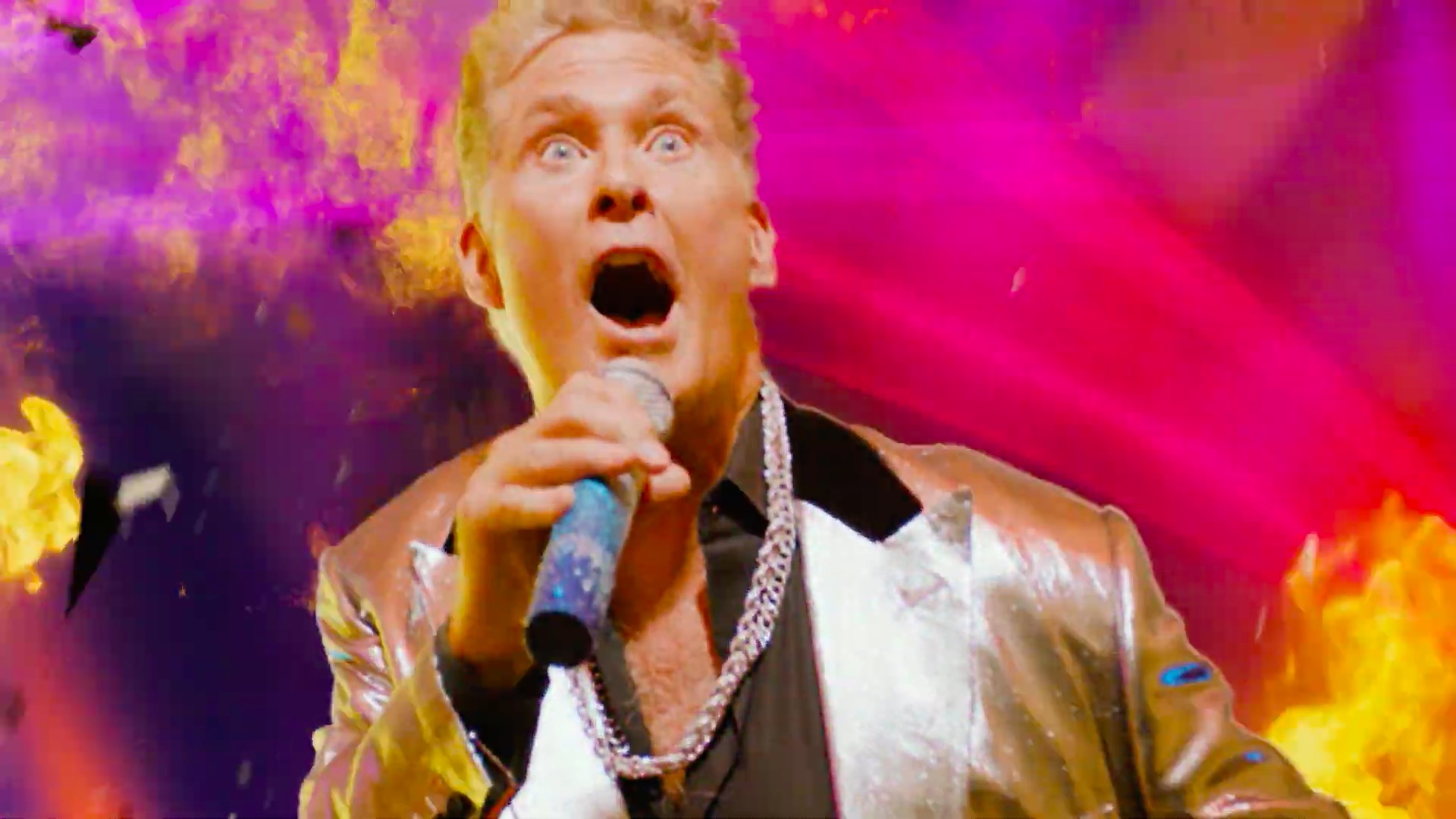 Host: Tell us, when did you decide to become a DJ?

Hoff: I decided to become one … [looks directly into the camera with wild eyes and screams] ... RIGHT NOW!!

Cue the psychedelic visuals and flame-effects, as Hoff's robe morphs into a skin-tight shiny-suit. "Introducing … DJ Hoff!" a voice bellows from on high. The Baywatch and Knight Rider star busts some dad-moves and roars like a beast, transported to a wild wonderland of sound and light. He's a DJ now. It's his destiny.

Directed by music-video specialists Alex Lee and Kyle Wightman (aka, BRTHR), the film vividly illustrates how Fuser can make anyone a DJ—in a virtual sense, anyway. It invites viewers to DJDNATEST.com to learn more about the game, which launches in November. The title, from developer Harmonix, lets players create their own DJ personas—DJ Hoff's taken!—and mix 100-plus songs by diverse artists from different generations.

To create the hero clip, the team filmed the stars separately, but that doesn't diminish the non-stop energy. Seamless editing holds everything together as the message shines through.

"Hoff was the best. He couldn't have been more into it," GS&P art director Jason Gan tells Muse. "He completely embodied the mind of a DJ as he transformed into one. And it helped that he let us film in his house, which has a pretty epic living room."

GS&P has made a point of invading the homes of '80s pop-culture legends of late. Just ask Panera-addict Michael Bolton, who belted out his love for Broccoli Cheddar Mac & Cheese a few weeks back.

As for Fuser, "it's the fun, festival spirit of the game that we really wanted to bring to life," says agency copywriter Clark Chamberlin. "To that end, we choose our production partners specifically for their music video experience. Definitely a challenge doing it all remotely, but it all came together. It's definitely a vibe."

Hasselhoff and and Diplo go way back, we're told, and during the shoot the actor affectionately referred to the DJ as "Dippy." Good to know!

Along with the hero film, 15-second edits and an online "DJ Battle" with Diplo round out the marketing mix.