Caroling Mailboxes Fill the Neighborhood With Cheer for Canada Post 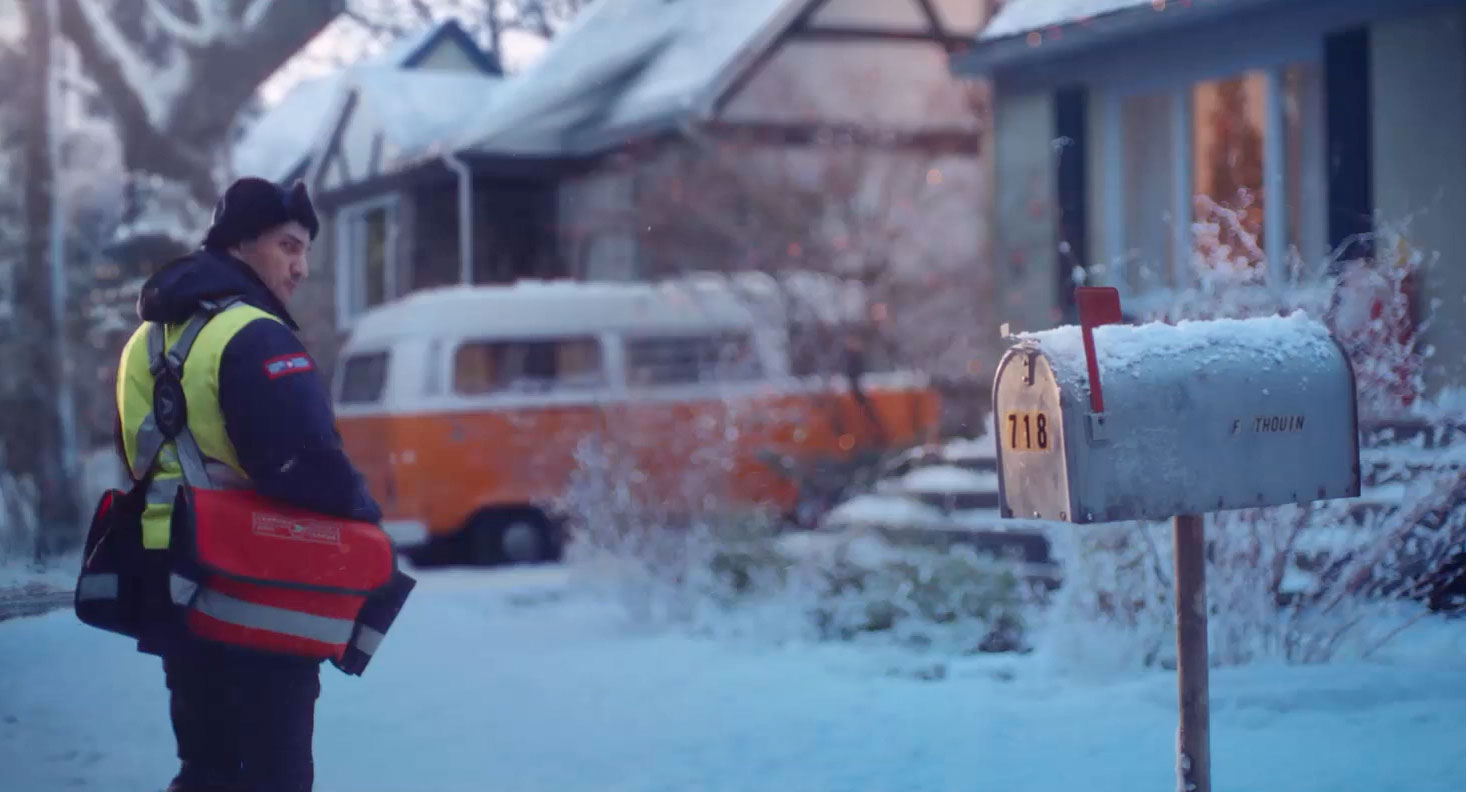 Whether you're down with that sentiment or not, said receptacles harmonize with seasonal spirit in this charmingly goofy offering from Canada Post, the primary mail carrier across our neighbor to the north:

They had to use mailboxes because the front doors would've sung off key. Ho! Ho! Ho!

"Shooting a commercial during a pandemic always has its challenges, but we've become accustomed to remote shoots," says Nabil Rachid, creative director at The&Partnership, which developed the campaign with Tank. "It took a large number of operators to orchestrate the mailboxes."

"It was unusually warm for early October, so making the snow was a challenge," recalls Untitled Films director Ivan Grbovic. "Sara Mishara, the cinematographer, worked hard to get that early-morning feel consistent throughout the shoot, rain or shine. There were a lot of double takes from passersby."

Most of the footage was captured in-camera, with "a bit of split-screen here, a bit of wire-removal there," Grbovic says.

As for the inspiration, "We started thinking about what it means to receive an email versus real mail," says Rachid. "Receiving mail is joyful—knowing that someone, somewhere thought of you, took the time to write, and unsolicited sent you a little card or present. There's magic in that."

Which led the team to … singing mailboxes, of course!

Everybody, stamp those holiday cards and join in:

Getting full with cards
And love from all.
Must be the holidays—
What's this package from Uncle Paul?
Near and far presents so big and perfectly small!

No matter cold, wind, rain, hail or snow,
It's the time of year when what you send…
It glows!

The joy that you send—
It glows!"