'Calilujah!' It's a Heavenly Plant-Based Milk Musical From Califia Farms 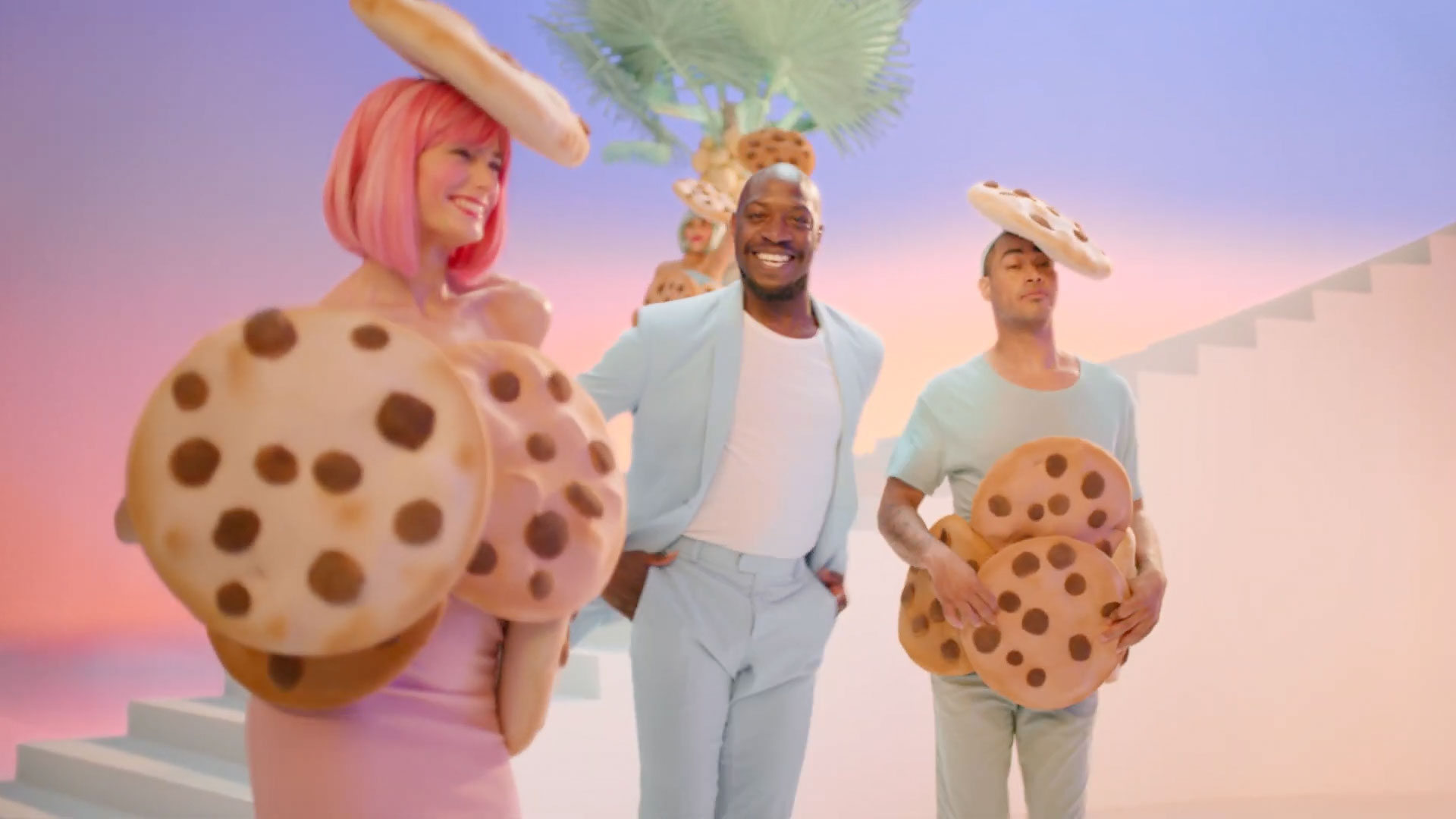 Thankfully not, but the brand coins the terms "Calilujah!" anyway, and kicks up its heels in a kitschy half-minute musical staged by Goodby Silverstein & Partners. Directors Alexandra Hamilton Bolton and Diesel Schwarze set the spirited singin' and dancin' among the clouds ... because the taste is heavenly, OK?

We get giant piano keyboards and colossal coconuts, plus a Calilujah chorus line in cookie costumes, for a production number fusing music video styes with vintage Hollywood and Broadway vibes ranging from Busby Berkeley to Grease:

"Calilujah! Calilujah!
It's what you say when plant-based milk is real good to ya.
It can be coconut smoothies, almond milk … and cookies!
Let us take you to nirvana with the oat milk of your dreams.
Calilujah! An almond cornucopia.
Calilujah! My personal oatopia.
Calilujah!"

"It began when we noticed everyone pronouncing 'Califia' differently," GS&P art director Shelby Lemons tells Muse. "We realized we needed a catchy way to help you remember how to say it and 'Calilujah!' was born. We thought it'd be so much fun if every time you took a drink, a chorus would bust out a 'Calilujah!' "

That could be distracting. You'd spill your smoothie. Also, "Calilujah!" sounds a lot like "Caligula," but what brand wouldn't want to be associated with him, right?

"The plant milk industry takes itself so seriously," says agency associate creative director Kurt Mills. "It's all about eating healthy and being a better person. We didn't want to guilt people into trying us, we wanted to be joyful and celebratory and make people feel happy when they pick up a bottle, without all the baggage that usually comes from this category."

"The costumes and sets were designed and created for the spot, and now some of them are living in the Califia Farms offices," says GS&P associate creative director Daniel Righi. "It's going to be one heck of a Halloween party this year."

The work breaks today across TV, digital and social, with the song and dance getting heavy play on TikTok.