A cathartic hug for the masses 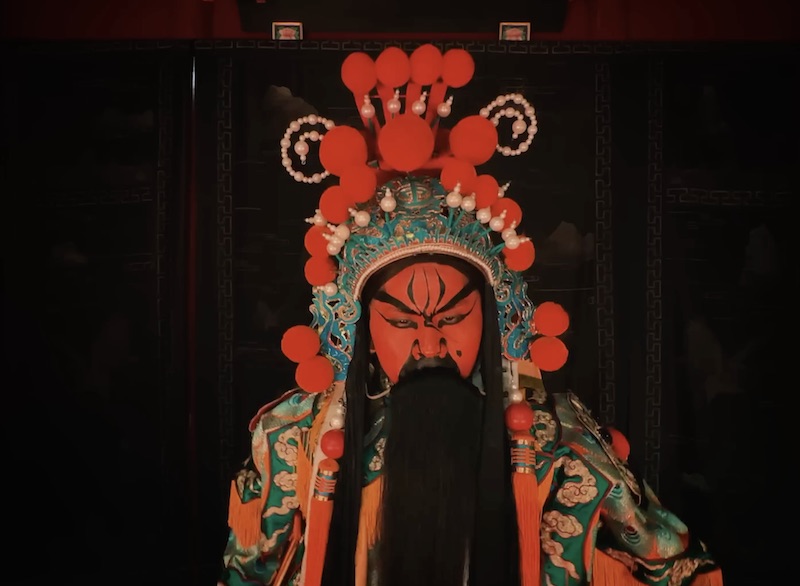 To welcome the Year of the Rabbit, which began on Jan. 22, Apple released a nearly 20-minute film shot on iPhone. "Through the Five Passes," the brand's sixth Chinese New Year offering, was conceived by TBWA\Media Arts Lab in Shanghai and directed by Peng Fei.

Nobody has time for such a lengthy ad, we know. The TL;DR is that "Through the Five Passes" does an impressive job of illustrating the iPhone 14 Pro's qualities. In fact, across this series of annual iPhone epics, you can practically witness how each device improves from year to year (in the right hands, anyway).

And a look behind the scenes:

On the surface, the story follows one young man's resilience in keeping Chinese opera alive. The latter is considered one of the world's oldest dramatic art forms. But most westerners are exposed to it only as a token of Chinese New Year celebrations. And even then, it competes with more modern, accessible tyes of entertainment, as the film's dramatic arc illustrates.

But talking about the work in this way diminishes what it actually achieves. If you have time to pay attention for 20 minutes, the film will reward your effort. Your heart might be moved, and you may even look at life differently.

As AdAge observed, "Through the Five Passes" references a classical Chinese opera whose origin can be traced to the 14th century. The main character, Gu, preps for his first-ever starring role (after 20 years!) in a troupe reproduction for the new year. He's worked for this his whole life, and much of the film concerns itself with that commitment and struggle.

"If you never experience life's challenges, it will reflect in this role," his master says at one point. Indeed, challenges abound for Gu in Proustian flashbacks: His strict, authoritarian troupe training, the death of his father, that time he ruined a colleague's performance, his friends’ derisive comments about his devotion to a dying art.

We come to appreciate that Chinese Opera transcends notions of "folk art." In fact, such ancient practices can explain where we're all going. They provide a cathartic means of processing human experiences, trumping even deep conversations with friends and family in this regard.

It's life and death stuff—and we're talking about the many ways we die every day while striving for fulfillment and deeper meaning en route to the great hereafter.

At one point, the production manager bursts in and tells the troupe their stage time has been slashed from one hour to five minutes, leaving more room on the bill for pop performances. It's a stressful, humiliating situation. Everyone resigns themselves to exiting stage left. Is it even worth doing? How do you reduce an saga of elaborate proportions to five minutes?

But Gu's got more on his mind than his moment in the spotlight. He's carrying the totality of his training, love and pain combined, embodying a legacy that spans centuries. In a rather zazen equivalent to a Rocky sequence, he slides into a preparatory mental state. This quiet inspires a similar quiet inside us.

"My body and spirit are one. Free my spirit, and the skills shall follow," Gu muses, in full stage makeup, prepared to meet his five minutes as the show's sole performer. It's a moment sharply accentuated by the hum of iron as he begins his act with a sharp flourish. He looks around: Nobody cares. The audience chats, checking their phones, barely paying attention.

Suddenly, the air changes, and new potentials are born. A rhythmic percussion begins, led by Gu's newly-galvanized master. Almost every culture has a version of this drumbeat, an insistent tapping of flesh on flesh that swivels the eyes because it stirs the blood. The spectators can't look away, and the other troupe actors get back into gear.

The rest of the performance flows like a dream sequence. Peng Fei's a smart director and knows how to play such scenes: Gu's been emptied out, a vessel for the spirits, who've descended to honor the right kind of call. But of course, it's still also about Gu. One can't exist without the other. That's part of what makes gnosis unique and somehow still universal to those who’ve met it.

Toward the end of the performance, Gu faces a man in a chair, presumably his father, and we're told: "Those who bid farewell are honorable, so too those who see them off... As long as the mountain does not move, the river flows forever, and we shall meet again. May my journey begin."

Ultimately, Gu's father is flanked by red lanterns leading into the stars. Here is the catharsis that signifies the end of one emotional journey and the beginning of another. This was always what the opera was about … but now Gu has the life experience to relate to it, and has proven himself worthy by embracing that epiphany. We're reminded, again, of his master words: "If you never experience life’s challenges, it will reflect in this role."

The film ends with a dedication "to those facing their own passes." Like drums, passageways of initiation—through the underworld, a dark forest, or perhaps a cave—reverberate symbolically across most cultures. It's that story again: We live and die a thousand times, in these lives and beyond them. It’s a ritual too, holding us together in a constellation that extends beyond our position in space and time. Where did the awareness of that go? Isn't it worth acknowledging, even for a few minutes between other performances?

The film—photographed by Luo Dong, with music by Varqa Buehrer—ends with shots of each troupe member. Their names and ages are shown, along with the number of years they’ve dedicated to their art. And of course, we get the classic closer: "Shot on iPhone 14 Pro."

It's not our favorite moment, but it's in keeping with Apple's tradition, so we'll get over it.