Some listeners might find this collection of songs by 10 Canadian artists positively unnerving. At times, the tracks can leave you feeling upset, confused, mad as hell, or even paranoid.

That's because odd voices snap in and out of the mix. Unpredictable and infuriating, they overpower the tunes.

Sometimes, these voices deliver positive messages, sometimes their utterances explode with pure hate. Either way, the effect is bizarre and off-putting—and that's exactly what the album's creators had in mind. 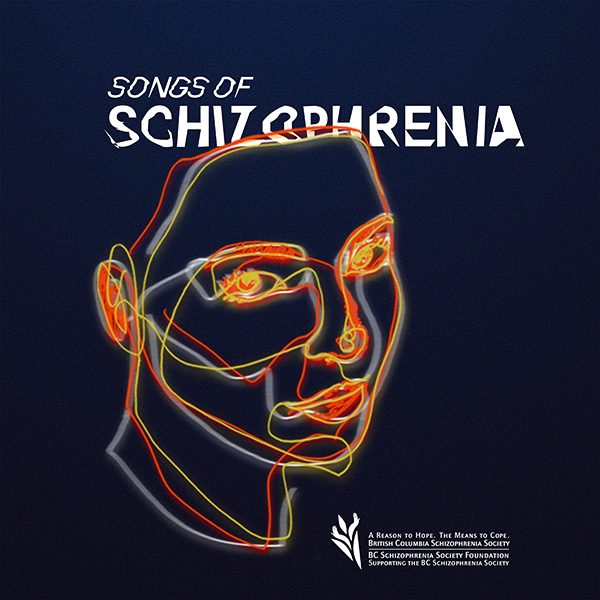 Schizophrenia affects 1 in 100 people worldwide, including some 360,000 Canadians. It's a complex mental disorder, and sufferers sometimes hear voices in their heads. The album lets users sample that aspect of the schizophrenic experience.

For example, some dude interrupts the rockin' grooves of the the Watchmen's "Absolutely Anytime" with weird affirmations like, "You're so much smarter than everyone else on this planet" and "You deserve the absolute power you will obtain."

The breathy pop of Mark Pelli's "Everything" cuts out repeatedly, replaced by a scary rant: "Fuckface, listen up! I'm not gonna repeat myself! Whaddaya think of this song? Know what? It doesn't matter! No one cares what you think. Honestly, people couldn't care less. Your opinion is worthless!"

Wendy Lands' "The Soul of Saturday Night" features a breezy shuffle, smooth jazz vocals … and a distorted, demonic warning: "You can't fucking ignore me! I will always be here tormenting you!"

Available on Apple Music, Spotify and YouTube, Songs of Schizophrenia "gives people who are unfamiliar with the disease an opportunity to actually experience what it can be like," says BCSS interim director Andrew Stewart. "We hope that these songs help people foster a deeper understanding and empathy."

Tom Megginson, creative director at Canadian shop Acart Communications, who frequently blogs about socially conscious marketing, calls the album "more of a conversation-starter stunt than something people will actually listen to. It's not a pleasant listening experience, so I imagine it gets its point across rather quickly before listeners have had enough."

Megginson also wonders if the tracks could trigger listeners who are starting to feel symptoms of a thought disorder—Rethink includes a warning advisory before each song to that effect—and believes the content "could cause neurotypical people to be more frightened of people with schizophrenia, rather than empathetic."

Sure, it's a jarring approach. Then again, the disease can be excruciatingly intense for those caught in its clutches. Amping up the emotional volume, while risky, at least lets us hear what they're going through.