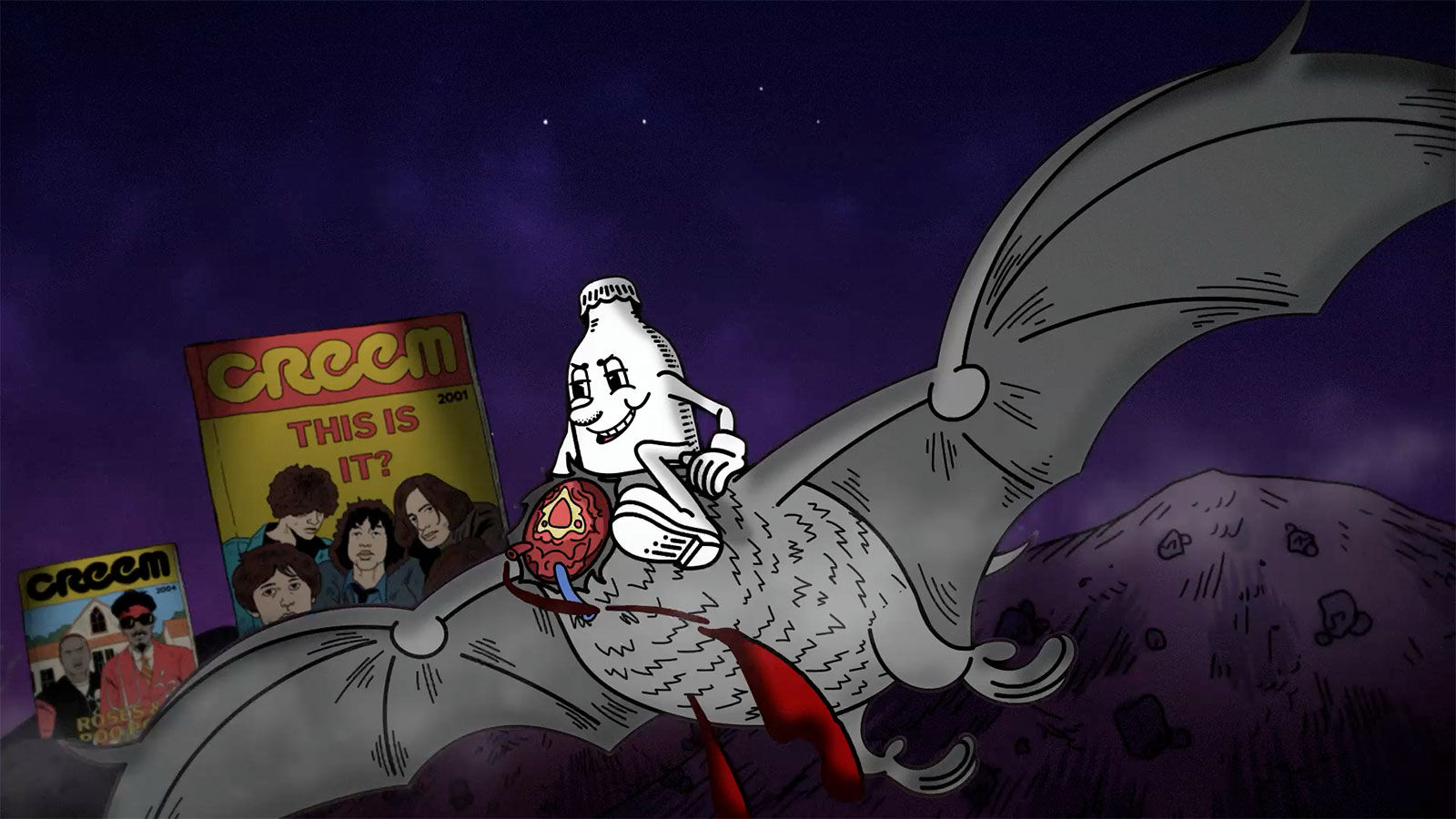 Not necessarily stoned, but...

The original version of counterculture music and entertainment Creem rocked newsstands for 20 years before shutting down in 1989. But Creem returns for a revamped encore in September with a subscription-only print magazine, a free website and digital goodies galore.

To celebrate, Creem and agency fable.works cooked up the psychedelic smorgasbord below.

Ass-flashing milk-bottle mascot Boy Howdy!—created back in the day by cartoonist R. Crumb (and yes, the exclamation point's part of his name)—rides a headless bat through an animated, pop-art landscape populated by 69 rock 'n' roll icons. That number's a nod to the mag's founding year of 1969.

It's kind of like Adult Swim tied to remake Yellow Submarine after smoking three packs of something or other every day for three months straight. But then they scuttled that idea and coughed up this confoundedly crazed confection instead:

The Return of Creem

Look for those artists in the clip. (Hey Nineteen, that's 'Retha Franklin, the Queen of Soul, floating on a cloud at the 50-second mark.)

This NPR piece delves into the title's legacy and features pioneering female rock writer Jaan Uhelszki, a star contributor from Creem's halcyon days. Uhelszki co-wrote the doc Creem: America's Only Rock 'n' Roll Magazine in 2019, which helped reignite interest in the title. She'll craft content for the new Creem, too.

JJ Kramer, son of the magazine's cofounder, leads the reboot, christened Creem Entertainment, with former Vice publisher John Martin as CEO. They're convinced there's a market for colorful, honest and uncompromising takes on tunes and culture in the Gen Z world.

"This iteration of Creem is going to have the same instincts and sensibilities as the original. But we're not a cover band. We’re pulling the magazine forward," Kramer told the Detroit Free Press in June. "Just like Creem in its first iteration, the collection of people makes it what it is. We have an editorial team developing today's unique points of view and voices."