4 Things a Commercial's Music Should Never Do

Avoiding the pitfalls that can doom a spot

A funny thing happens during global television events like the Super Bowl or the Olympic Games: Everyday viewers magically become ad critics. Their interest transcends the passing glance, as they analyze, dissect and comment on what works and what doesn't. The armchair ad critics join the armchair quarterbacks for a judgment fest while Madison Avenue takes note … the feedback sure to factor into the next event's crop of contenders.

As a musician and founder of ALIBI, an international production music library, I find I'm also an armchair ad critic, though it doesn't take a major TV event to bring out the reviewer in me. I'm always looking at the role music plays in advertising and promotion, as it's part of what I do. And whether or not consumers are watching ads alertly (à la Super Bowl Sunday) or experiencing commercials in a more subtle way, I believe music has the power to make or break a brand message's effectiveness.

For those charged with creating the spots we see every year, the key to landing on the right side of that scale comes down to avoiding some important pitfalls, what I've identified as the four things a commercial's music should never do:

A commercial's music should enhance, not overtake, the creative and messaging. What good is stretching the budget for an overplayed megahit if consumers can't remember what brand it was paired with? Think of music as just one of the supporting characters in a cast that must all work together ... a piece of the bigger picture.

For spots without much dialogue, consider full mixes with vocals, lyrics or lead instruments. Commercials with heavy dialogue are paired best with rhythmic tracks or drum/bass mixes. For those subtle or light in tone, look for sparse mixes.

Play it too safe (aka, safely dull).

On the flipside of overpowering is underwhelming. It's a balancing act, so the key is finding a memorable track that supports the brand and inspires action in the right way. Music should seem effortless in the way it moves a commercial's action, not a struggle that leaves you scratching your head.

If a 30-second spot typically sets up a problem in the first 10 seconds, leaving the solution for the remaining 20, look for music with a steady pulse, a drive and (most often) a lift to it. Find tracks with multiple options for energy and build, and avoid avant garde, off-beat, non-rhythmic stuff. You want to be able to deliver on emotional payoff while being able to cut to film easily.

Conflict with the brand's core values.

That "song of the moment" might be enticing, but does it send the right message? Sometimes, a big idea's best intentions miss big time when music and brand value don't mesh. Arm yourself by fully vetting the music, its meaning and backstory to make sure they're appropriate for your brand. In today's meme culture, a few iffy lyrics could mean the difference between achieving success and navigating a PR nightmare.

End up in a rights battle.

Only use music for which you have the right license, and work with an expert to help navigate that process. If you plan to use custom sound-alikes (tracks that sound like popular songs), consider working with a musicologist to make sure you're not infringing on any copyright, and make sure to get clearance from the main publisher. True story, but John Fogerty was actually sued in 1988 for sounding too much like John Fogerty … an earlier recording of a song owned by another company. While he ultimately won the case, such a costly headache is the last thing an advertiser needs.

Better yet, try searching a legitimate music library for the same vibe or feeling rather than going for outright imitation. You may still be able to obtain a custom track for your particular spot. In ALIBI's case, we're often able to pair clients with a track's original composer for custom music without rights issues.

As for a few music musts, always be inspired, always have fun, and always let that come through in your finished spots. They might just end up atop the critics' choice. 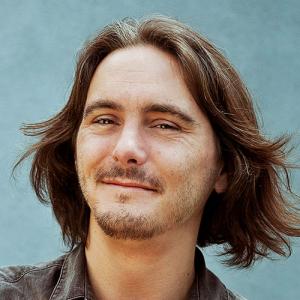