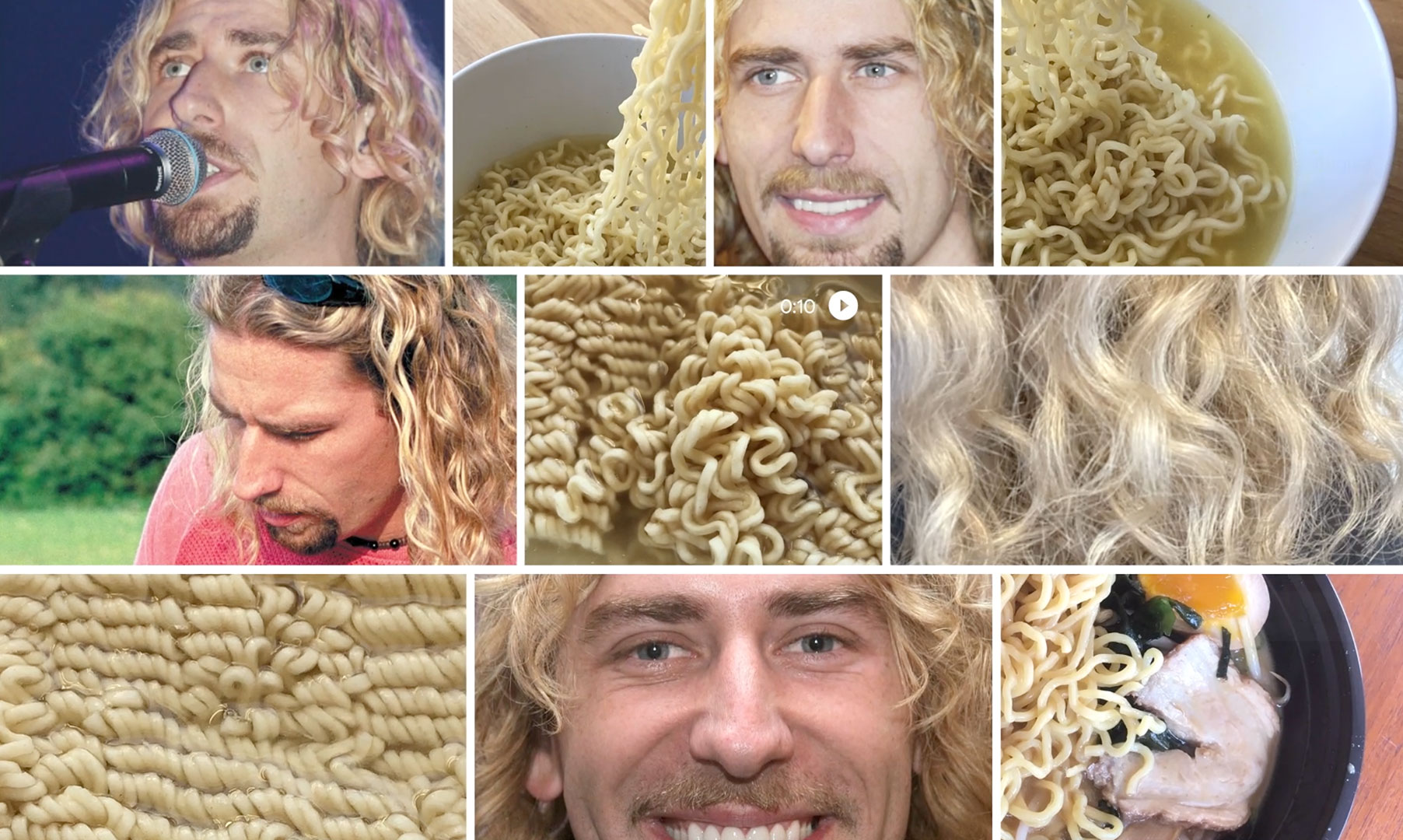 A crap-jack year like 2020 could end only one way … with Nickelback!

To tout its Photos app, Google engaged the Canadian rockers seemingly everybody loves to hate for a remake of their oft-maligned 2005 song and video "Photograph." Lead singer Chad Kroeger and the boys poke some good-natured fun at themselves in the clip below, which features jokey lyrics attuned to the image-sharing experience:

Google Photos - Look at your photographs

And this is where we come from
These matching suits are looking pretty dumb
Falling down the photo rabbit hole
Is it my hair or just a ramen bowl?
—Oooohh, my eyeeees!

Every memory regretting all my hair styles
If you wove it all together, it would go for miles
It's hard to braid it, time to shave it.
—Good-bye highlights!

Every memory we never have to look for
They no longer have to spread out on the bedroom floor
It's time to say it, gotta say it
Good times! Good times!"

Hey, it's no worse than the original…

"Fifteen years ago, we had no idea that the photos on our mobile devices would become such a ubiquitous part of all of our lives," Kroeger says in a statement. "When Google approached us with the idea about marrying the song with Google Photos, we felt like it would be a fun and nostalgic way to give the song a lyrical refresh and share some of our favorite memories."

So, which hated band comes next? Creed? Train? Where will it end?

"We aren't planning to produce a series," Flavia Simon, senior director of marketing for Google Photos, assures Muse. Working with Arts & Letters Creative Co., the client timed the project to the stretch between Christmas and New Year's, when Photos typically sees a big spike in activity.

"Because 2020 has been a tough year, the brief was to talk about looking back while also bringing levity," says Simon. "The Google team thought remaking the Nickelback song, 'Photograph' was a perfect fit—funny, relatable and relevant to reminiscing. And to our surprise, they said yes!"

Google and Nickelback hadn't collaborated before, but the band "was immediately into the idea," she says. "They wanted an opportunity to show they were in on the joke and the meme. The band really went for it and put a lot of thought into nailing the lyrics."

If only they'd done that on the original version, right? (Just kidding, Nickelback—you're in on the joke!)

So, the team revised the track, "leaning into some of the classic memes about Nickelback—like 'ramen hair,' " Simon says. "The band sent 500+ personal images for us to consider and we selected photos to bring the lyrics to life."

In case you're wondering, there's no full-length Spotify version, just the :75 for YouTube.