Men Are From Mars, Women Are From Venus. But Does That Really Matter at the Leadership Table?

What striving for balance can actually mean

Balance. The theme of this year's International Women's Day is a fascinating one—what does balance actually mean today? How do we strive for it? So often I see people talking about equality as if it's binary. You have to have this many men and this many women to achieve balance. And then sometimes there seems to be a desire to swing the pendulum to the opposite end, as payback for decades of inequality. While I certainly understand the frustrations of being a woman in modern culture, this idea makes no sense to me. Not all men think the same, just as not all women think the same. It seems to me that if we really want to #BalanceForBetter, we need to reframe how we talk about balancing gender in the workplace.

Earlier in the 2000s, as I was in the thick of coming to terms with being a woman in the professional realm myself, I was fascinated by how my thought process and communication style differed from that of my peers, both male and female. I ended up picking up a book by a local Berkeley psychologist, Louann Brizendine, called The Female Brain. (Yes, this book apparently inspired what I've heard was, ironically, a subpar-to-crappy rom-com starring James Marsden in 2017.) Learning about the neurobehavioral systems that make women women was a turning point for me. All of a sudden, I started to have more compassion for my own experiences and communications style. It was insightful enough that it made me want to understand the other end of the neurobehavioral equation, so I decided to read another book by Brizendine, The Male Brain. This shed light on my observations of men and their leadership and communication styles. But as my years in the industry went on and I worked with more and different people, I started to see that what I once tried to understand as a dichotomy between male brains and female brains wasn't really that at all.

Some of the most empathetic, sensitive communicators and people I know happen to be men. And I've personally worked with a badass boss lady or two with incredibly aggressive leadership styles. There's no denying we're actually fairly different creatures neurologically. But I think it's important that we look at the gender dynamics within our workplaces as a spectrum, not a binary split where having X number of women and Y number of men will mean success for a team. (#chromosomes?)

With the recent addition of our new CFO Ana, Argonaut is for the first time equally led by women and men, since being founded just six years ago by six men. I've been here throughout all walks of Argo's life and I have to say, I've never been more optimistic about our future than I am right now. But it's not because we have an equal number of men and women and that means balance. It's because with this numerical balance comes an array of different styles, approaches and thinking. Here are a few observations of why this new balance has been effective.

Balance slows the conversation down.

It's like in sports when players reach peak flow in their abilities and the game slows down for them. I think the right balance of style and approach within a team forces more measured and meaningful checks and balances that allow for a more "we" focused future than one that is bogged down by the ego of any individual. This isn't just about men and women—when you have people with different experiences, cultural contexts and thought processes, the communications process naturally covers more thorough ground. Does this get trying at times? Sure. But the end product is worth it.

When you have a balance of men and women surrounding a problem, the dialogue typically includes a combination of intuitive, functional, analytical and personal communicators. At first impression, this may seem intimidating or unproductive. But speaking as a music nerd, dissonance like this is actually one of the most beautiful and powerful things you can have. In music theory, dissonant intervals are those that cause tension and a desire for resolution. And once they are resolved, the outcome is so much more satisfying. Similarly, while each communications approach may problem-solve in a different way, the union of them creates a sort of equilibrium. It leads to the perfect balance between proactive and reactionary decision-making and creates an allowance for spontaneity within the framework of a thoughtful plan. You just have to be comfortable with the uncomfortable for a bit.

There is a strange thing that happens when we are taken out of our comfort zones, when we are surrounded by people who are different from us. In those moments, we become very aware of ourselves (and our beliefs). This self-awareness is one of the most important, disarming qualities of an exceptional team player, and even more so a leader. And it results in much more productive problem-solving. Not only does it have a truly equalizing effect on a group or a company culture, but it has been traced to business success. So, there's that.

In summation, pushing for greater female representation in this industry (and others) is without a doubt necessary and important. But balance in business isn't about superficially striving for an equal number of men versus women within leadership groups. Which men are you hiring? Which women are you hiring? How do they communicate and collaborate? And most important, do their approaches create the complementary tension that is needed for progress and success? Carefully answering these questions, not simply checking boxes, is how I see us moving in the direction of a more gender-balanced world. 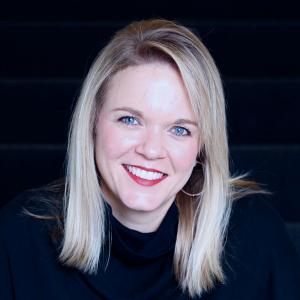