Plus, her collaboration with the band Poolside and more 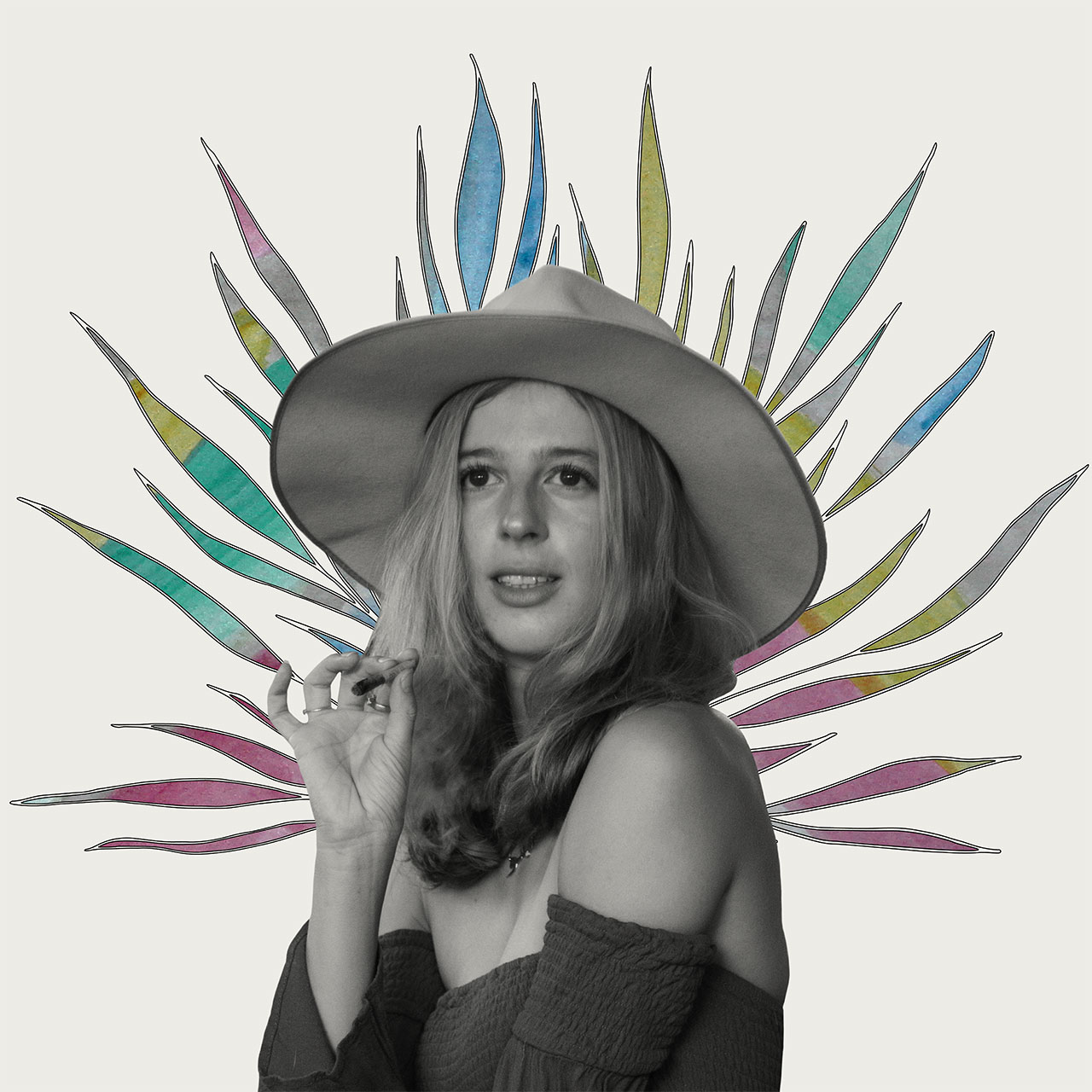 Libby Cooper is co-founder and CEO of infused-joint maker Space Coyote, one of the fastest-growing woman-owned/operated cannabis companies, sold in over 250 dispensaries. Each joint pairs full-bud flower with phenomenal concentrates like diamonds, live resin, and hash made by the top extract brands in California.

Crafted "for stoners by stoners," Space Coyote celebrates art, equality and the psychedelic side of cannabis. Collaborations with cultivators, extract brands, and artists are at the core of its mission.

Libby believes in smokable, potent products, affirming that women can be stoners and that being a stoner is celebratory. Muse spoke with Libby for our series Higher Calling, where we chat with leaders in the cannabis space.

Libby Cooper: I am the co-founder and CEO of Space Coyote, California's premier infused joint! We make delicious infused joints of all kinds— hash joints, live resin joints, diamond joints, sold as 1-gram singles and packs of half-gram minis. I'm based on the North Shore of Oahu and split my time between Hawaii and California.

This isn't my earliest cannabis memory, but it certainly is my funniest. When I was 18, I went to Tahoe with a group of childhood friends for a classic summer lake trip. One of the friends had a medical card so we stopped at a local dispensary. This was over a decade ago, and none of us had tried anything from a dispensary yet. My friend bought a few items, and I ended up with a 100mg caramel. I had no idea about dosage—or edibles for that matter—and proceeded to eat the entire square. Granted, it was about the size of my thumb and delicious, so it never crossed my mind that something so small could be so potent. As with everyone's first bad edible story, I got so high that the walls were melting and I couldn't speak. I ended up crawling around on the floor and ate an entire Costco bag of cheddar-flavored Ruffles. Needless to say, I can't remember the rest of the night and woke up stoned the next day! My edibles tolerance has increased greatly since being 18, but I'm still nowhere close to taking 100mg at a time. At least I can laugh about it now!

At the end of high school, I was diagnosed with celiac disease and suffered from terrible stomach pain. Cannabis helped me regain my strength through appetite stimulation and reduced my gut inflammation. I thank weed for being the missing piece of the puzzle, allowing me to become a Divison I athlete in college, graduate early, and travel the world. As a twentysomething working in San Francisco, I smoked weed for stress relief and to drink less alcohol!

Well, I'm definitely biased because Space Coyote is the best brand and product. Whoever said don't get high on your own supply didn't own my company because I honestly don't like to smoke anything else. If this article had emojis, I would insert that hilarious crying-laughing face here. 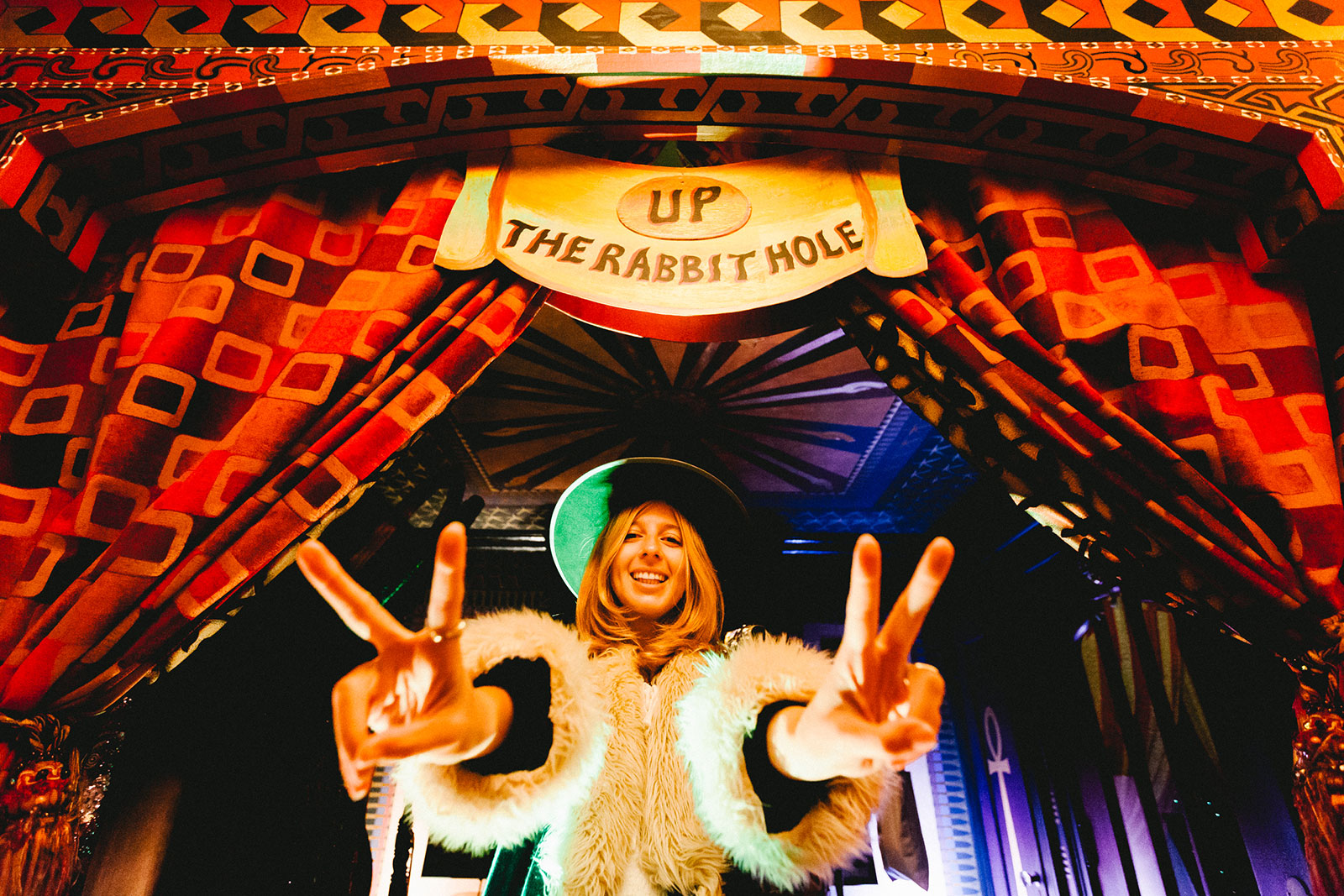 My answer to this question would have been very different if you had asked me in January 2020 compared to now. Like all industries, cannabis has been greatly affected by Covid-19. The biggest challenge my marketing team faces today is that we were heavily focused on experiential marketing and events to gain brand awareness and loyalty. We would throw epic, mind-blowing events that really did work—people would leave as customers for life, and evangelize the product to their friends and family. Now, we have to be clever by translating that enthusiasm and expressing the psychedelic side of weed into new marketing channels.

I am really excited about collaborations right now. Collaborations are at the core of what we do at Space Coyote, and our new product release is just around the corner! We have collaborated with the band Poolside by dropping a limited-edition pack of hash joints as the strain pairing for their most recent album Low Season. It will be hitting dispensary shelves in mid-September! I am so stoked.

If you haven't checked out Last Prisoner Project yet, you must. Tens of thousands of Americans are still incarcerated—some with life sentences—for minor cannabis offenses, while the rest of us are now smoking weed freely, running businesses, and even posting publicly on social media about it. Last Prisoner Project is at the forefront of fighting criminal injustice and reimagining drug policy.

This is a personal project more than anything else, but I am most excited about the community property I have built alongside my friends in Hawaii. It is called The Compound and it's a two-house, one-acre property in front of three surf breaks on the North Shore of Oahu. We are a mix of all types of entrepreneurs in industries ranging from tech, weed, body work, food, art and more who all live, work and gather here. I had a vision last year to live on the ocean with friends, dogs and our own veggie + weed patch, and it came together so smoothly. It took a little determination, luck and the right people. 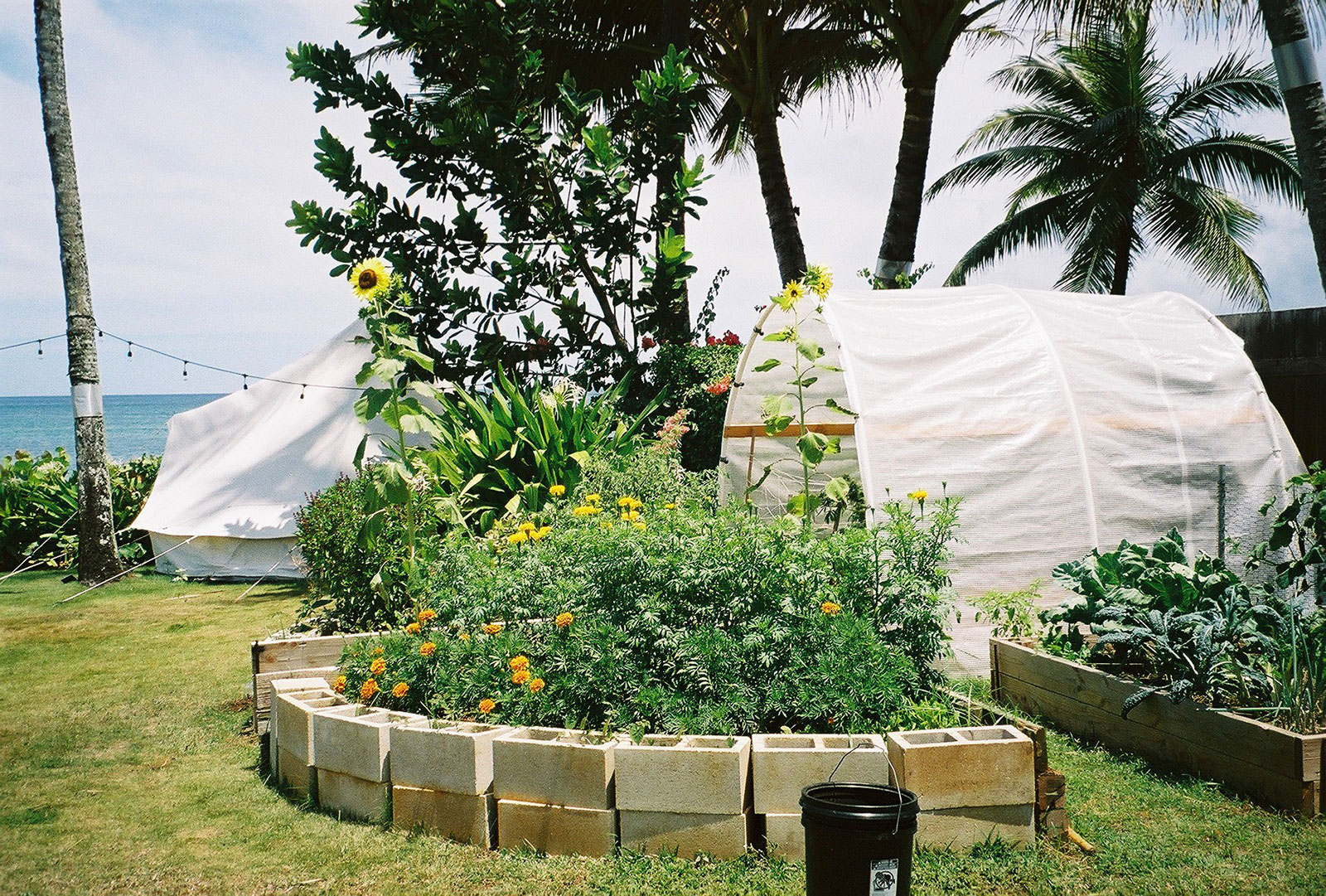 Sesh is an online platform for group support, which is particularly relevant for the current state of the world. They work only with licensed therapists, and anyone can drop in to a session. Sesh's core values are centered around community and the human aspect of what we are all going through in these tough times, which I really admire.

What you'd be doing if you weren't in the cannabis industry?

There are so many versions of myself that it's hard to imagine what one single thing I'd be doing if I weren't in the cannabis industry. I think my most likely answer would be working with animals in some capacity. Whether being a veterinarian or an animal rescuer, I would definitely be helping creatures in need. That, or I'd be a full-time artist, most likely in the mediums of painting and/or sculpture. But really what I'm saying is that I am already doing all of these things, just on a smaller scale, and if I weren't in the cannabis industry, I would have more focus in one of the areas that I already have a passion in, and probably just smoke a shit ton of weed. 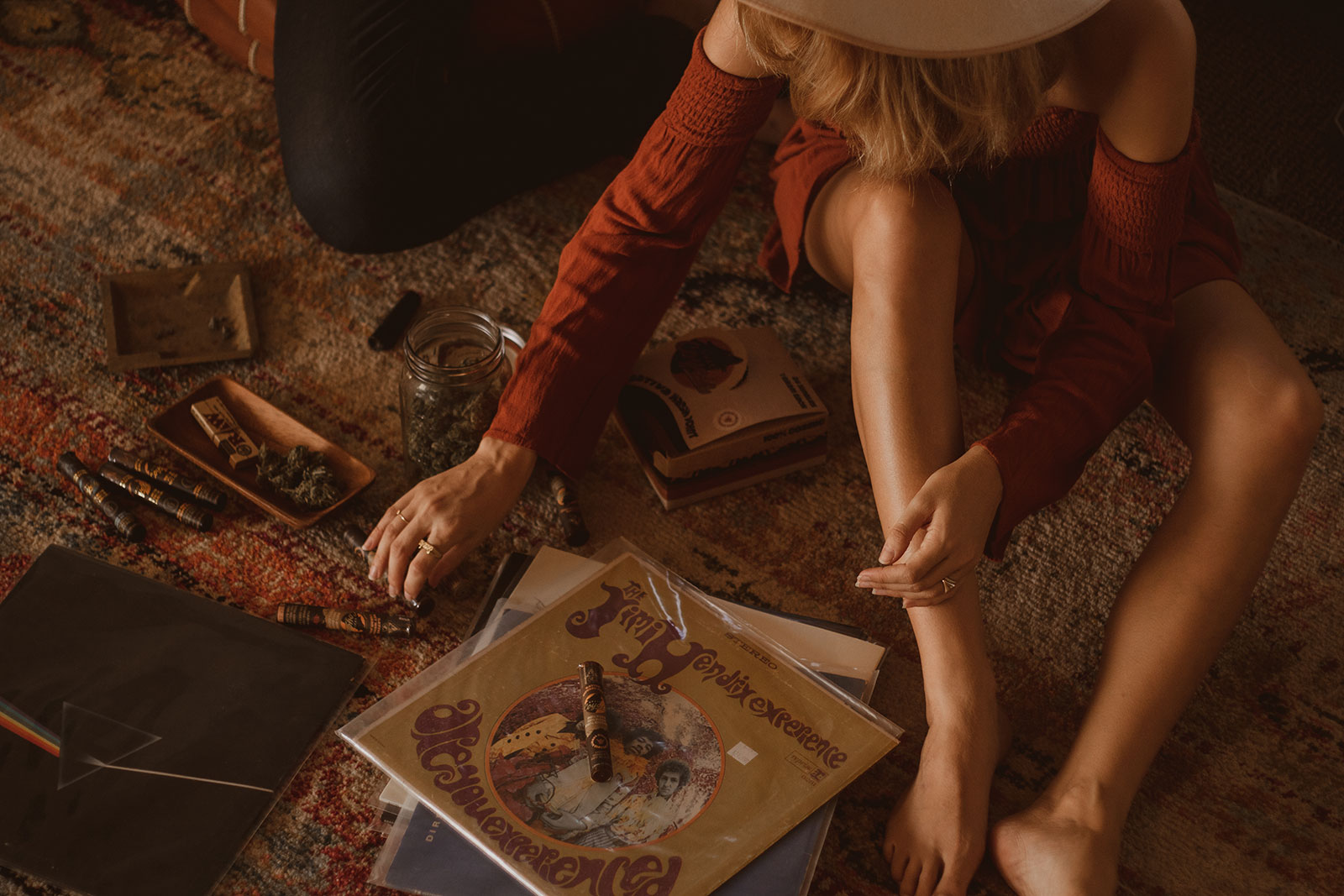 Higher Calling is a weekly Muse series where we chat with folks in the cannabis industry about their personal history and taste in cannabis and the future of cannabis marketing. For more about Higher Calling, and our Clio Cannabis program, please contact Michael Kauffman.