Plus, seeking justice for those incarcerated for nonviolent cannabis offenses 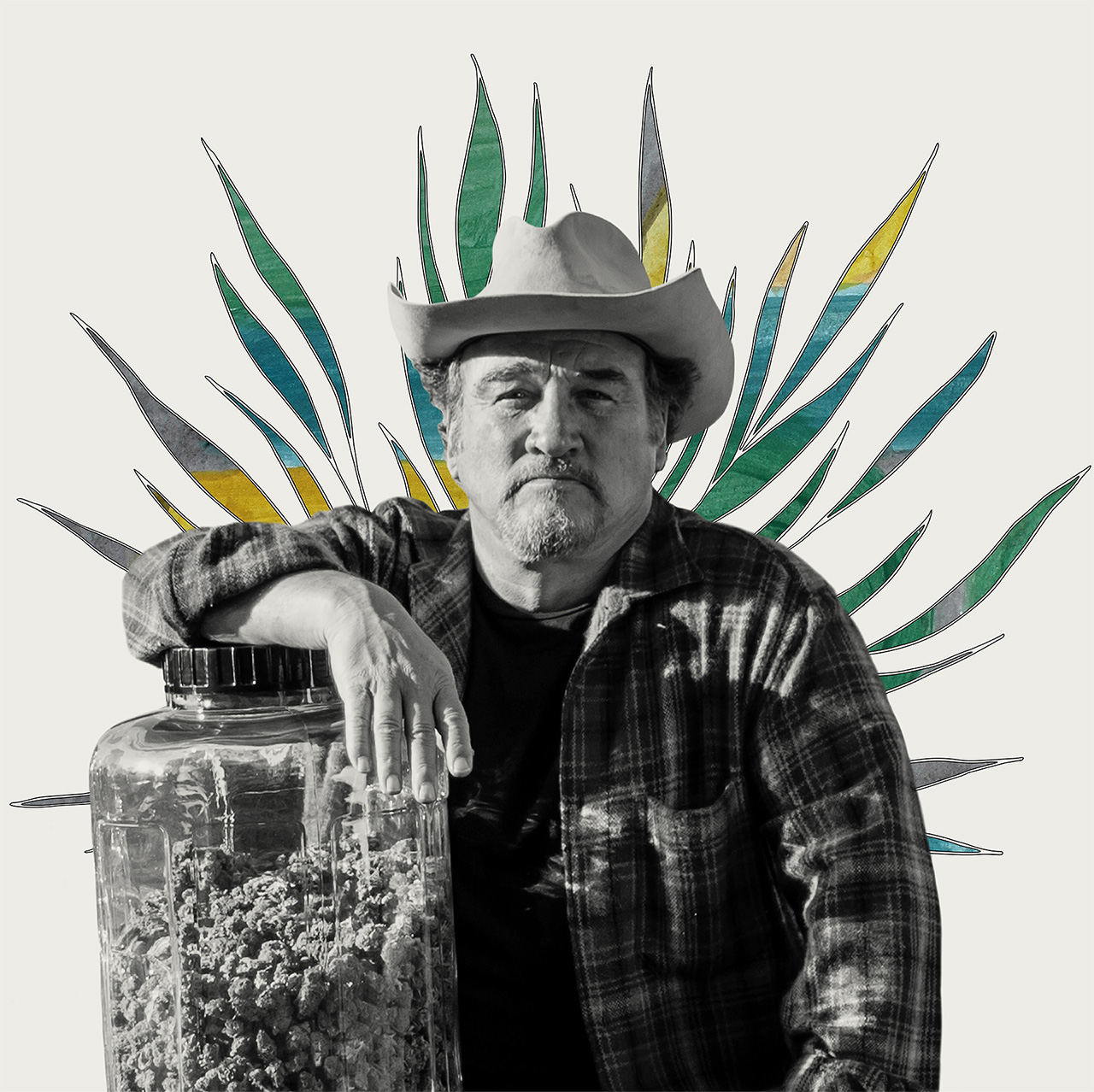 Jim Belushi is the founder of Belushi's Farm, a sprawling and spiritual 93 acres along Oregon's Rogue River that's home to a range of offerings—from Chasing Magic (Jim's Secret Stash), to the Blues Brothers, to Captain Jack's Gulzar Afghanica, and now the Discovery series Growing Belushi, with the second season coming this fall.

Having lost his brother John to an overdose, Jim is a passionate proponent of the plant's beneficial properties across a spectrum of uses. From enhancing joy and quality of life, to mitigating trauma and managing pain, to a harm reduction approach and rebuttal of the opioid abuse epidemic, Jim advocates for patient rights and adult-use legalization while empowering craft farmers to thrive in economies of scale.

A Second City and Saturday Night Live alumnus, Jim has starred in many critically acclaimed movies and has also served as an executive producer, music composer, director, book author and Broadway star. His own television show, According to Jim, aired for eight seasons.

Along with Larry Joe Campbell and other Second City alums, Belushi and the Board of Comedy perform improv sketch comedy at venues nationwide. And together with Dan Aykroyd, Jim tours the globe as Brother Zee of the iconic Blues Brothers. He also headlines his own music group, The Sacred Hearts, the official house band for the House of Blues.

We spoke with Jim for our Higher Calling series, where we chat with leaders in the cannabis space.

I grew up in Chicago's West Side, Humboldt Park area. My father moved us to the dry town of Wheaton, Illinois—it was voted the All-American City in 1967. They had more churches than gas stations. Quite a suburb it was. Now, I am a roaming rogue vagabond. I live where I can find the magic. Sometimes it's in Los Angeles, a lot of the time it's in southern Oregon along the Rogue River, or maybe I’m in Martha's Vineyard, with stops along the way to pick up good food and sweet blues.

I am the founder of Belushi's Farm, and a cultivator in Eagle Point, Oregon, on the Rogue River, smack in the middle of the "Banana Belt." We manufacture and distribute our own SKUs throughout the Oregon patchwork. That is my legally licensed business and what I do. I am also the chairman of Green Global Research and Data, which encompasses expansion throughout the U.S. of four of my brands: Blues Brothers, Captain Jack's, Chasing Magic/Jim's Secret Stash, and our value brand, Chris' Good Ugly Weed. We feature flowers, chocolates, ice cream and vape pens.

Cannabis has brought me deeper into my spiritual self. It's plant medicine in all forms. It keeps extending the boundaries of one’s understanding of self, others, and the world we live in. I am a guest on this ride that the plants have led me on. I didn't create this plant, but as one veteran told me, "No Jim, but you’re a steward."

One of my favorite edibles is Bhang's chocolate. I microdose, so 2.5 to 5 mg is excellent at the end of the day or to help me sleep. It's delicious chocolate. There's also Glazed Edibles, a chocolate truffle company out of Tulsa that makes high-end, premium chocolate truffles infused with terpene-rich oils, and Cloud Creamery in Boston, which is launching our Blues Brothers Orange Whip infused ice cream.

The favorite of all my strains is Captain Jack's flower and vape, to which Belushi's Farm has exclusive rights. The Captain Jack's vape pen was the No. 1 selling vape in Oregon in all three categories in the fourth quarter of last year. We ran out! Captain Jack was the personal weed dealer to some of the cast and writers of Saturday Night Live in the 1970s, and this strain is famous for its creative energy. It's known as "The Smell of SNL."

There is no advertising! There is limited radio advertising, and only advertising in cannabis magazines. How do we find the new consumer? Also, branding is not just a pretty box. How do you create meaning and story behind a brand of cannabis? I am pursuing two avenues to help in this journey. One is authenticity in the stories, and the other is a TV show called Growing Belushi on Discovery, which can reach and educate a new consumer base.

I'm very excited about the second season of Growing Belushi, coming out in October. Along with the education that the show provides, this is a natural, authentic promotional vehicle. Grow Generation, Advanced Nutrients, Anden dehumidifiers, Fohse lighting, Gro-Tech greenhouses, Innovative Growers Equipment, Rogue Soil and Total Grow Control have all seen the light of the marketing and promotional ability of being fully integrated into the story of the second season. They have all been great partners—generous, gracious and some of them are very funny! It’s been a ball this year. It really does take a village, and all these guys are a part of our family.

A cannabis trade/social justice organization that you support and why.

I support the Last Prisoner Project—Steve DeAngelo, Andrew DeAngelo and Mary Bailey are great visionaries, and are the leaders of this organization that aims to release all individuals who are incarcerated for nonviolent cannabis offenses. Why? It's just so obvious that there have been millions of dollars made on the backs of nonviolent cannabis prisoners. They are the pioneers of our industry.

They took the risks and brought us to where we are today in the cannabis space. "When you drink the water, remember the men and women who dug the well." We are all drinking the water and the men and women who are incarcerated have none and they dug the well. They took the slings and the arrows. They should all be released immediately. And everybody in our industry should not only support this cause, but hire anyone who comes out of prison after being incarcerated for nonviolent cannabis crimes if the opportunity arises.

Dan Aykroyd and I are doing a Blues Brothers show in Las Vegas at the House of Blues on Oct. 21 to benefit the Last Prisoner Project during MJ Unpacked. Tickets are $150 and can be purchased through MJ Unpacked registration. I am happy to say that this concert has received great sponsorship and support from many leaders in our industry. Please join us at the House of Blues, and let’s chase the magic and get these people out of prison now. If not, please consider supporting the Last Prisoner Project.

Well, I studied acting. Maybe that can be my fallback.