Plus, why cannabis brands are really more collaborators than competitors 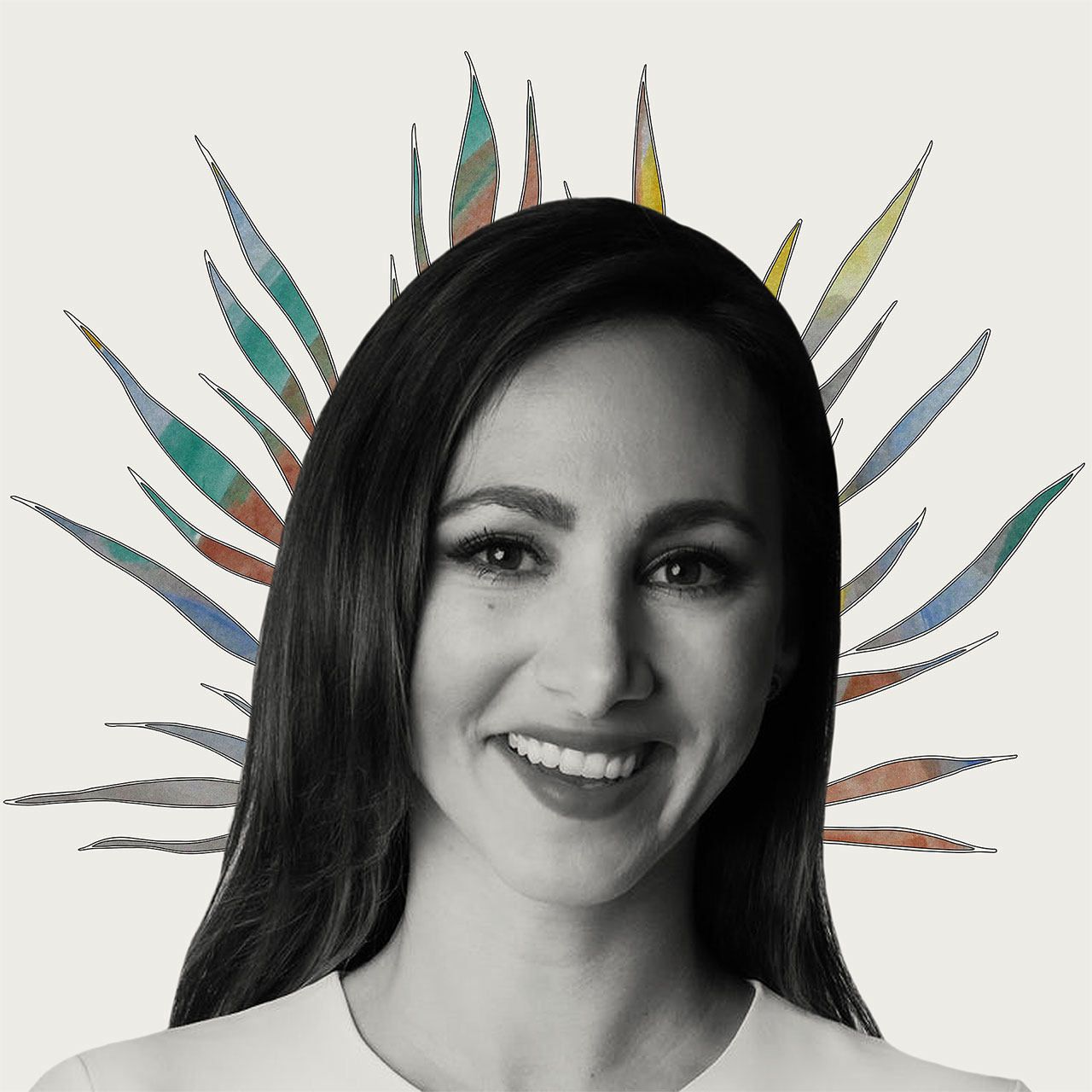 Kristina Lopez Adduci is an entrepreneur, speaker, art collector and curator. She's the founder and CEO of House of Puff, a New York-based cannabis brand. The company began with her conception of the cannabis consumption devices she wanted for herself. Since then, Kristina has evolved the brand to leverage the power of art as a vehicle for social change.

Kristina's first company was Art Zealous, a media company she built to make the art collecting journey more accessible for her generation. Leveraging her art-world relationships and content marketing expertise, Kristina developed House of Puff's first MVP in 2020. "The Lit Kit" received organic media attention and customer validation. Today, House of Puff has over 20 SKUs—from pipes to artist collaboration hemp rolling papers. The brand is sold in almost 40 US states, Canada, and Europe.

Prior to Art Zealous and House of Puff, Kristina fundraised over $25 million for The Michael J. Fox Foundation and co-chaired their Young Professionals group.

We spoke with Kristina for our Higher Calling series, where we chat with leaders in the cannabis space.

I grew up in central New Jersey, and lived in NYC for 15 years. I split my time between Connecticut and New York now.

I'm the founder and CEO of House of Puff, a New York-based cannabis brand.

I started consuming cannabis in my late 20s for my anxiety, and I've seen and experienced the power this plant has. Cannabis became my medicine, and I've replaced a lot of pharmaceuticals including ibuprofen. It's something I turn to to unlock my creativity when I'm feeling uninspired. It's also great for calming my nerves during social situations—like a personality drink, only a personality puff.

It's hard to choose just one, but I have to say I've been loving Prima's Chill Out Chews. I pop one after a long day, and the magnesium coupled with CBD just does it for me.

The ridiculous social media bans are a huge hurdle. It is absolutely infuriating to see brands like House of Puff who want to educate their customers and reach new ones and still get flagged, even in states where cannabis is legal. As if we don't have enough issues like banking to figure out. But with every problem there is a solution, and we've been getting pretty crafty on how to reach new audiences. I recommend our Real Housewives-inspired content on TikTok.

There are exciting partnerships happening in cannabis. I'll give you an example. We recently teamed up with Sands Lane, they've got a fantastic portfolio of infused beverages. We hosted the Second Annual Hamptons Cannabis Soiree with them, and during the process I had questioned the number of beverage brands we were inviting because I thought, "Well, they are all in competition together, why would we want so many?" Evan Eneman, the CEO of Sands Lane, said something to me and it just stuck. He said, "We're not in competition, we're all working towards the same goal of mainstreaming and destigmatizing the plant." He's right. No one individual or company can win the game by themself. So in general, I'm excited for all the creative partnerships we will begin to see, especially on the East Coast.

We recently teamed up and raised funds for the Brigid Alliance, a referral-based service that provides travel, food, lodging, child care and other logistical support for people seeking abortions. They work with individuals and communities disproportionately affected by abortion restrictions: women living at or below the federal poverty line, people of color, minors, undocumented immigrants, people living in communities with limited transportation infrastructure, individuals living in states hostile to women's healthcare, disabled people, survivors of abuse, and those who rely on Medicaid or are uninsured.

We recently launched the second edition of our Artist Series rolling papers with author, social justice advocate and artist Chris Wilson. The new rolling papers feature Wilson's powerful painting Positive Delusions, which memorializes the positive thoughts he focused on to get himself through the torment of solitary confinement. A percentage of proceeds from this collaboration go to support the artist. An additional percentage will be donated to Solitary Watch, a nonprofit working to fully inform policymakers and the U.S. public about the harms of solitary confinement. House of Puff's products are rooted in the power of art to change culture. As cannabis becomes mainstream, we're committed to working with artists and organizations who lift up the communities most adversely affected by the War on Drugs—that includes the many individuals who've suffered in solitary confinement due to cannabis-related charges. 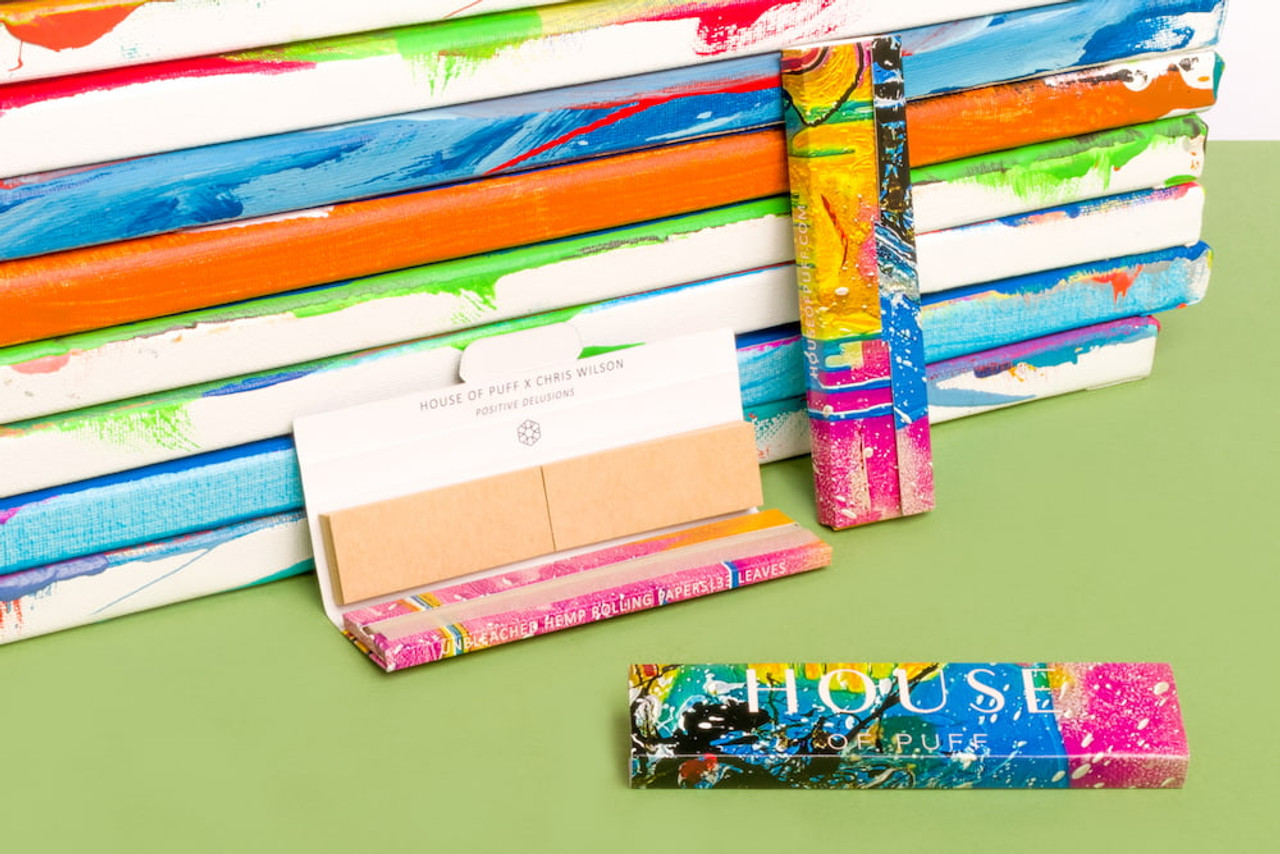 40 Tons & BrandResumes teamed up to put on a Canna Get a 2nd Chance Career conference in Trenton, New York, for job seekers and entrepreneurs to push social justice and equitable hiring. They have access to cannabis companies that are hiring, scholarship opportunities, résumé reviews, someone doing headshots, and breakout panels with thought leaders. When I heard about it, the first thing I thought was how incredible that this was happening and that we need more of these types of events.

I admire what Amy Deneson and Joyce Cenali are building with the Cannabis Media Council and their work to create national pro-cannabis ad campaigns. They formed the trade council, along with a team of stellar industry leaders, in order to use the power of mainstream media to uplift wholehearted, people-centered advertising campaigns that show positive experiences with cannabis in order to normalize consumption across generations. They are striving to be the collective voice in cannabis that, similar to the USDA's "Got Milk?" campaign, broadens consumer awareness and consideration for this amazing plant.

I'd be a TV show host. I'm naturally very inquisitive and ask a lot of questions. Plus, my background is in journalism and politics, so I'd probably be doing that.