And reimagining what 'success' looks like in the growing market 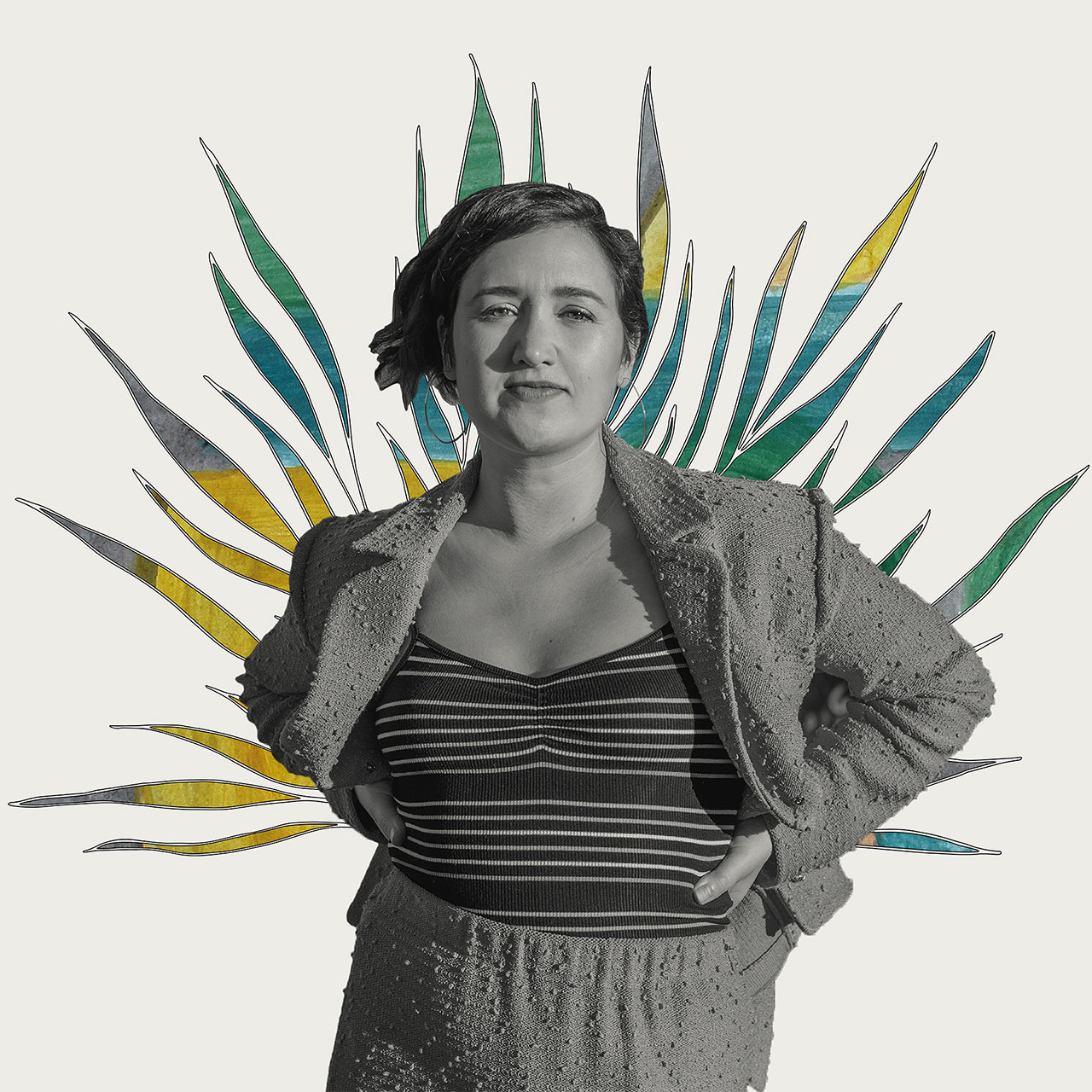 Shelby Hartman is co-founder and editor-in-chief of DoubleBlind, a media company and education platform at the forefront of the rapidly growing psychedelic movement. Also a reporter and editor specializing in psychedelics, cannabis, drug policy and mental health, her work has appeared in Vice, Quartz, the Huffington Post and Rolling Stone, among others.

Hartman worked in broadcast news production for CBS News, covering presidential elections, protests, natural disasters, and other breaking news. Spurred by a passion for print and investigative reporting, she transitioned to magazine writing, working as an editor at Pasadena Magazine and receiving her master's degree in long-form journalism from Columbia University in 2015.

Since then, Hartman has worked as a columnist at LA Weekly and an editor at Herb, the largest cannabis media company, with extensive features on the cannabis industry, the psychedelic research boom, the popularization of ayahuasca, and post-traumatic stress disorder in the veteran community.

We spoke with Shelby for our Higher Calling series, where we chat with leaders in the cannabis and psychedelics space.

Your current role in the psychedelics space, and where you're based.

I'm co-founder and editor-in-chief of DoubleBlind, a media company and education platform covering all things pertaining to the psychedelic movement. We're based in Los Angeles, but work with journalists and experts around the globe.

Being born? Just kidding. I tripped on mushrooms for the first time when I was a freshman in college and, like most freshmen, had no idea what I was getting myself into. After that, I continued to trip a couple times a year on shrooms and/or acid, until I discovered ayahuasca at 25.

A story about the positive impact psychedelics has had on your life.

Psychedelics have just made me more aware of my internal space. This has created a space between my thoughts/feelings, and how I respond to them. Meditation accomplishes the same thing, I think, but psychedelics accelerated the process for me.

Hmm ... so many! Canndescent has incredible flower. I like their Cruise strain. Our friends at Miss Grass just launched these mini pre-rolls which are perfect for when you want to smoke a joint, but don't want to commit to a full one. In terms of vapes, we love Sonder. They're a splurge, but no one makes a more beautiful bong than Summerland. Ladies of Paradise has some bomb-ass CBD prerolls called Lady Jays. We love those women, too. And of course, it's never a bad idea to have some FORIA on hand for when you're feeling sensual.

I meannnn it depends on who you ask. Marketers who are purely focused on ROI might say it's the social media advertising restrictions. Words like "psychedelics" will inevitably get you flagged by Facebook and Instagram. But Madison [Margolin, DoubleBlind's other co-founder] and I try to encourage people not to think about psychedelics as just another "industry" ripe for profit. In that spirit, I'd say the biggest challenge when it comes to psychedelic marketing is that psychedelics shouldn't be marketed at all. Our audience at DoubleBlind feels pretty strongly about that, and is always holding us accountable for making sure the decisions we make as a company are aligned with the lessons of compassion and equity so often gifted to us under the influence of psychedelics.

One thing you're excited about right now in psychedelics branding, partnerships or marketing.

I'm excited about the opportunity psychedelics present for us to reimagine what success looks like. We often say at DoubleBlind that competition is an unevolved capitalist mindset. What does it look like to instead imagine that there's space for everyone and that we can lift one another up? DoubleBlind has partnered with other psychedelic companies and media outlets that, for all intents and purposes, might be perceived as competitors in the market—but we don't see them that way. We're all in this together—and by this, I mean a movement to destigmatize plants and fungi that have the potential to disrupt our current mental health epidemic.

A psychedelics trade/social justice organization that you support.

So many! The Sabina Project is a BIPOC-led psychedelic organization that holds BIPOC integration circles. They're doing important work providing safe spaces for BIPOC to process their psychedelic experiences. Chacruna is also doing amazing work. The nonprofit, started by Bia Labate, is at the forefront of providing a platform to indigenous people, queer folks, BIPOC and womxn within the psychedelic movement.

I think Madison and I are both pretty proud of DoubleBlind's print magazine. It comes out twice a year and is on bookshelves across the country. It features some of the most incredible writers, photographers, artists and poets. You may have heard "print is dying," and it's been no small feat to fund it, but it's truly a passion project for both of us. 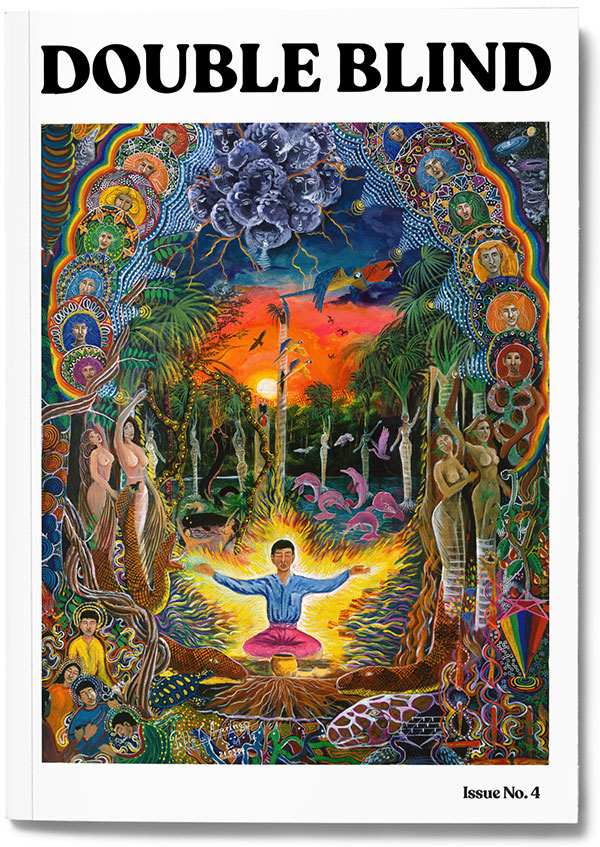 Madison and I are both excited to see our friends launching the first-ever, free psychedelic peer support line, Fireside Project. It's something the psychedelic community desperately needs.

Someone you admire in psychedelics who's doing great things.

I'm only allowed to pick one! There's so many, but today I'll go with Bett Williams, author of The Wild Kindness. She's a bold writer with beautiful prose, and she says things about the psychedelic movement that need to be said. Sometimes, I feel, there's fear among people within the psychedelic community about criticizing the movement, because we don't want to find ourselves back in the Timothy Leary days, when hysteria over tripping derailed psychedelic science and therapy. That said, we need people like Bett holding us accountable and asking hard questions about what might be lost if we get too caught up in progress and lose sight of the spirit of these medicines along the way.

A movie, TV show, music or food you most enjoy pairing with psychedelics.

I typically listen to music from around the world when I'm tripping: Ravi Shankar, Mulatu Astatke, Antonio Carlos Jobim. If I'm hungry at all, it's for fruit: cantaloupe or slices of mango. I stay far, far away from screens when I'm tripping.

What you'd be doing if you weren't in the psychedelics space.

I'd be a jazz singer in New Orleans. I was in my other life. And maybe, someday, I will be again.

Higher Calling is a weekly series, publishing on Thursdays, where we chat with folks in cannabis and psychedelics. For more about Higher Calling, and our Clio Cannabis program, please get in touch.