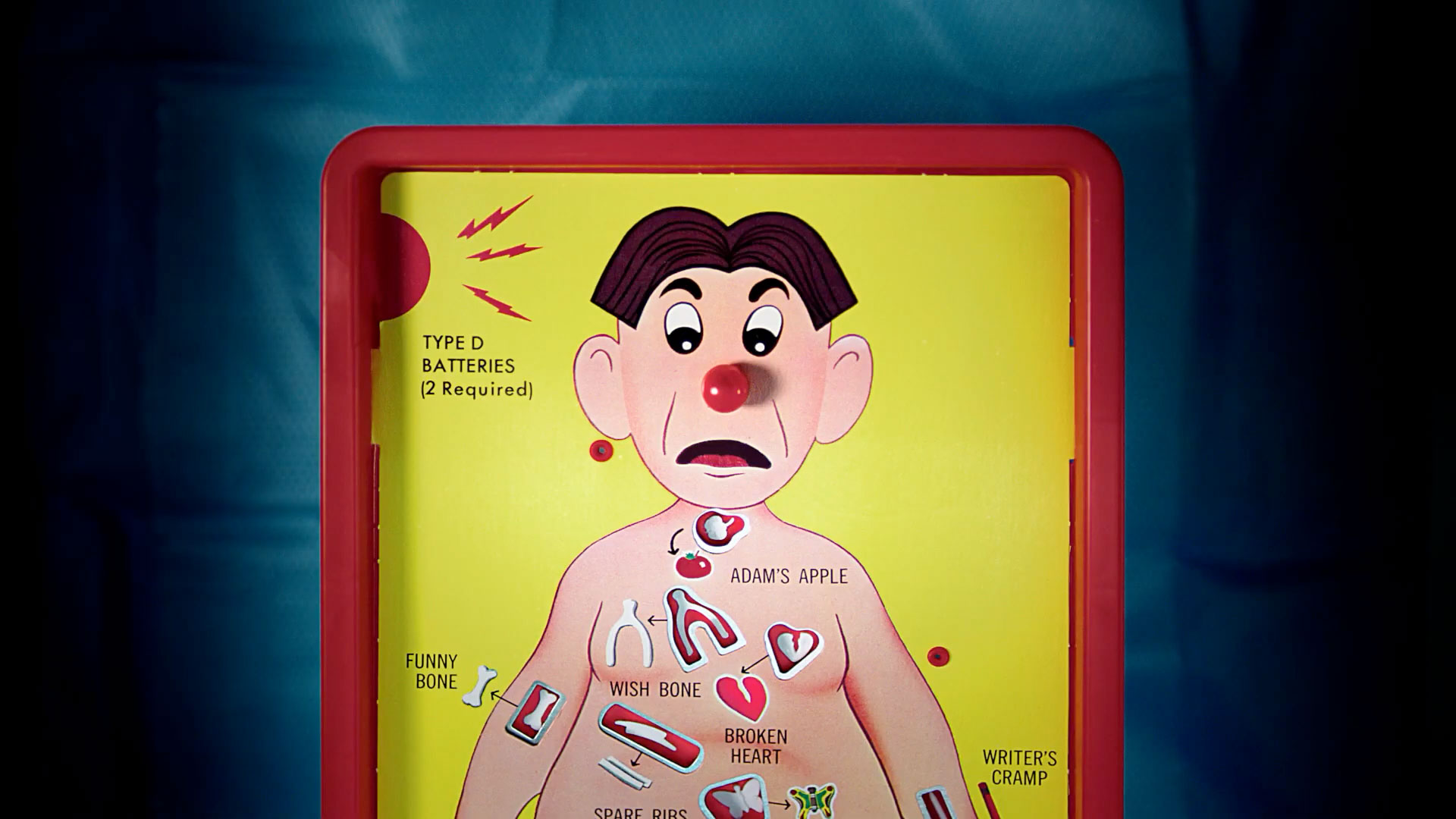 Inspira Health filmed its techs using the robotic arms of a DaVinci Surgical System for a delicate and complex procedure to create the half-minute spot below.

After the team preps and puts DaVinci in gear, we catch our first glimpse of the patient. It's "Cavity Sam," from the iconic board game Operation, introduced by Milton Bradley in 1965 and most recently produced by Hasbro.

Instead of players operating on Sam with tweezers, however, we watch DaVinci's gleaming probes dexterously remove pieces of his plastic cartilage as a narrator says: "Advanced robotics, experienced physicians. When it comes to minimally invasive surgery, we don't play around."

"We knew we had to come up with an idea that did more than just show off the impressive robotics and skill of the physicians at Inspira," Brownstein creative director Chris Grenier tells Muse. "This work was going to be on advertising's biggest stage, and we needed something with entertainment value as well."

"When you're thinking about things like surgery, precision and pop culture—you can't not think of Operation, the classic board game everyone knows and loves," Grenier says. "It's as if it was just sitting there waiting for us to find it. It's become a cliché in the business to say this, but it really was a 'pencils down' moment."

Inspira hopes the unconventional approach stands out amid a flurry of healthcare and Covid-related messages on air these days.

"So often, advertisers go after humor by borrowing interest or drawing analogies that stretch to be relevant or don't necessarily square with the brand," Grenier says. "With 'Operation,' we feel we did it by tweaking a tried-and-true advertising technique—the demonstration—to prove our point while making the audience remember and smile at the same time."

The shoot took place at Inspira's Mullica Hill hospital, and the DaVinci controllers worked closely with Pellino, the director, to infuse the huge machine with a heroic personality.

"They were very helpful when I asked, 'Can you snap the arms at each other—like they're communicating?" Grenier recalls. "They were extremely flexible with us, working to bring the robot to life in a fun, new way."

The push targets folks considering minimally invasive procedures, skewed toward those in their 40s and 50s.

"These people are active and have families, so not only do they want their fears of surgery allayed, they want it to disrupt their lives as little as possible," adds Brownstein creative director Meredith Schwinder. "When you get to prove just how simple and easy surgery can be using a beloved toy from their childhood, you know you've got something magical. In the end, we want the viewer to feel that surgery doesn't have to be a bad word and Inspira Health is the place to go for it."

Brownstein and Inspira also ran a regional Super Bowl ad last year. Though it rides a more intense vibe, that work mirrors "Operation" by delivering its message in a way that defies expectations.