Women Are Less Likely to Receive CPR. This Simple Vest Fixes That

Joan designs a product solution to a gendered problem

Some ideas are so simple, they're practically stupid—which is more a comment on society than on the idea itself. The Womanikin is one such idea.

Created by Joan Creative with support from the United State of Women, it's based on a paper by Dr. Audrey Blewer that found one in four women die of heart disease. And when they go into cardiac arrest, they're 27 percent less likely than men to receive CPR in public.

Why? For reasons that are stupid, but also understandable: Nobody knows what to do about boobs. Also, men worry about hurting us (LOL! Try waxing, sirs), and wonder whether it's even OK to touch us in that state.

Education to the rescue! We all learned CPR on male mannequins. Womanikin addresses this with a simple attachment vest, which magically gifts said mannequins with mammaries.

"At the core of Joan's ethos is a deep-rooted commitment to gender equality. When we read about Dr. Blewer's study and this long-standing problem in the world of CPR, we saw a relatively simple way to help change things," says Joan co-founder and chief creative officer Jaime Robinson.

"CPR manikins are designed to look like human bodies, but they actually represent less than half of our society. The absence of women's bodies in CPR training results in hesitation from bystanders, which in turn results in women being more likely to die in cardiac arrest. Our hope is that the Womanikin will bridge this gap in education and, ultimately, save many lives."

This is heartening, literally. Even before you go into cardiac arrest, most people can't identify the signs of a woman having heart failure—not even women. (We'll give you one guess why.) Dutch org Lifehunters walked us through it in 2017, following the American Heart Association and Elizabeth Banks in 2012.

Thus, we're making progress with the everyday gender biases that insidiously kill. (Somewhat related fun-fact: Crash test dummies are also man-based, raising the likelihood that women get hurt. Volvo to the rescue! Seriously. What would we even do without advertising?) 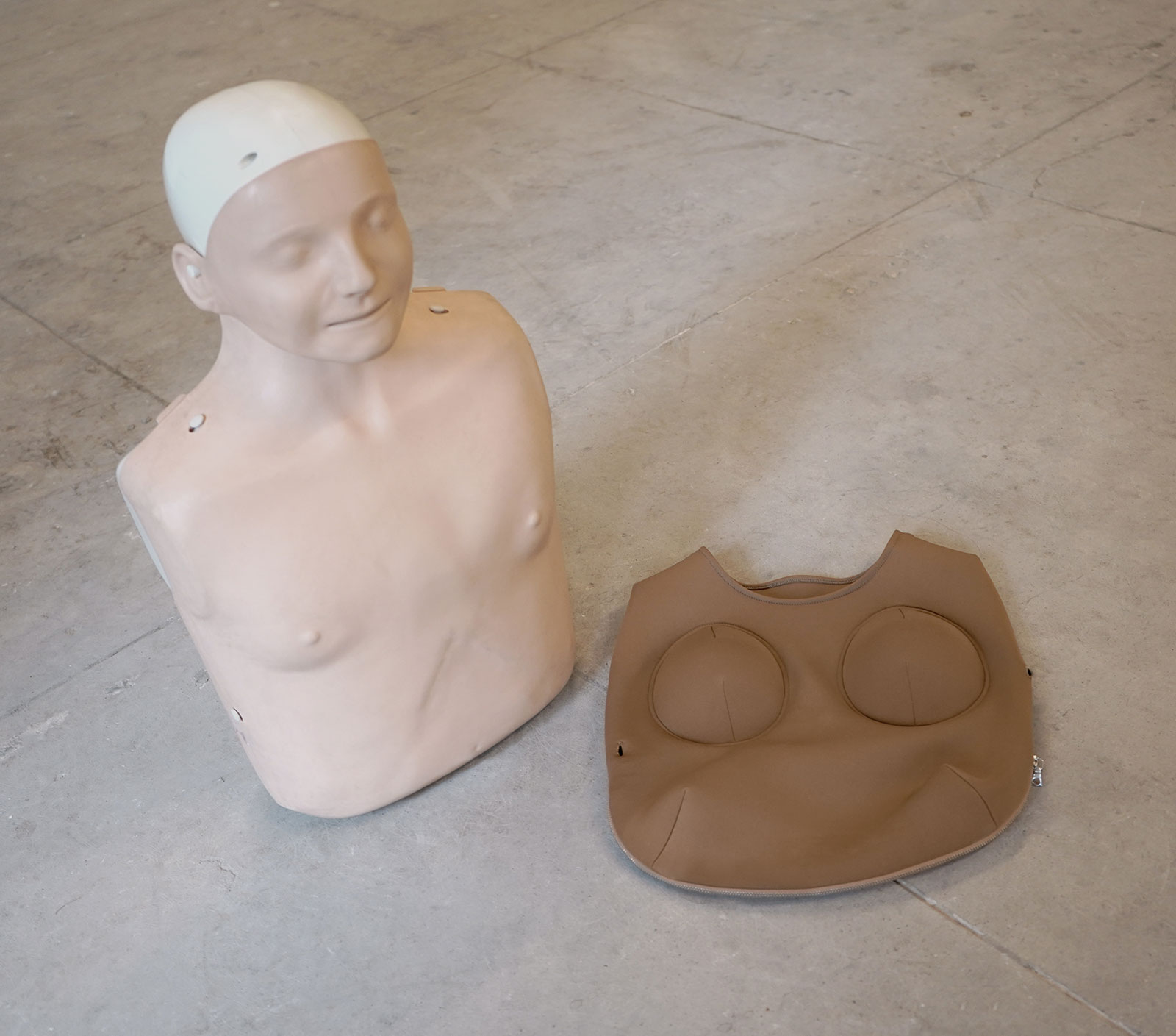 The Womanikin launches in conjunction with National CPR Awareness Week, which goes from June 1-7. The United State of Women hopes that by the end of 2020, every CPR training school will have one of these attachments. In the meantime, an Instagram Stories campaign will feature women explaining why we so often draw the short stick on CPR. Its hashtag: #GiveMeCPR.

"Since survival from cardiac arrest depends on the prompt delivery of CPR by a bystander, we need to think of ways to make CPR training more accessible to everyone and for everyone," says Dr. Blewer, who's an epidemiologist and resuscitation scientist at the Duke University School of Medicine's Department of Family Medicine and Community Health.