"The goal of this campaign is to get fired," says Mo Said, founder and chief creative officer of Mojo Supermarket, referencing new work for the Truth Initiative. "It will mean vaping has ended and is no longer a problem."

The agency created a fake company, Depression Stick, complete with fake executives and board members as part of Truth's "It's Messing with Your Head" effort. The first slide on the agency's pitch deck was "Depression Stick."

Hidden-camera ads follow a Depression Stick executive as he tries to sell depression—openly and honestly—at gas stations, to social media influencers like Matt Petitto, Josh Otusanya and Hannah Jo and ad agencies Translation, Lightning Orchard and Forsman & Bodenfors. Spoiler alert: He's thrown out of a gas station, the agencies want no part of his business, and don't expect the influencers to encourage vaping to their followers.

But at least there's truth in his advertising! Truth Initiative recently released a white paper focusing on teenage mental health and vaping.

A future hidden camera video takes Truth to Washington, D.C., where it tries to enlist lobbyist Nathan Daschle in its effort.

Unbranded TV ads ask viewers "Why be happy, when you can be sad?" and drive traffic to DepressionStick.com, where the company lauds itself as "the first vape company to admit vaping nicotine can amplify feelings of depression and anxiety."

"Mental health is the No. 1 thing teens care about," says Said. "Vaping makes anxiety worse. Gen Z hates ads. They're a generation allergic to them. We wanted to make the copy and message simple. Vape companies hide this fact. It would be absurd if they said what vaping does." 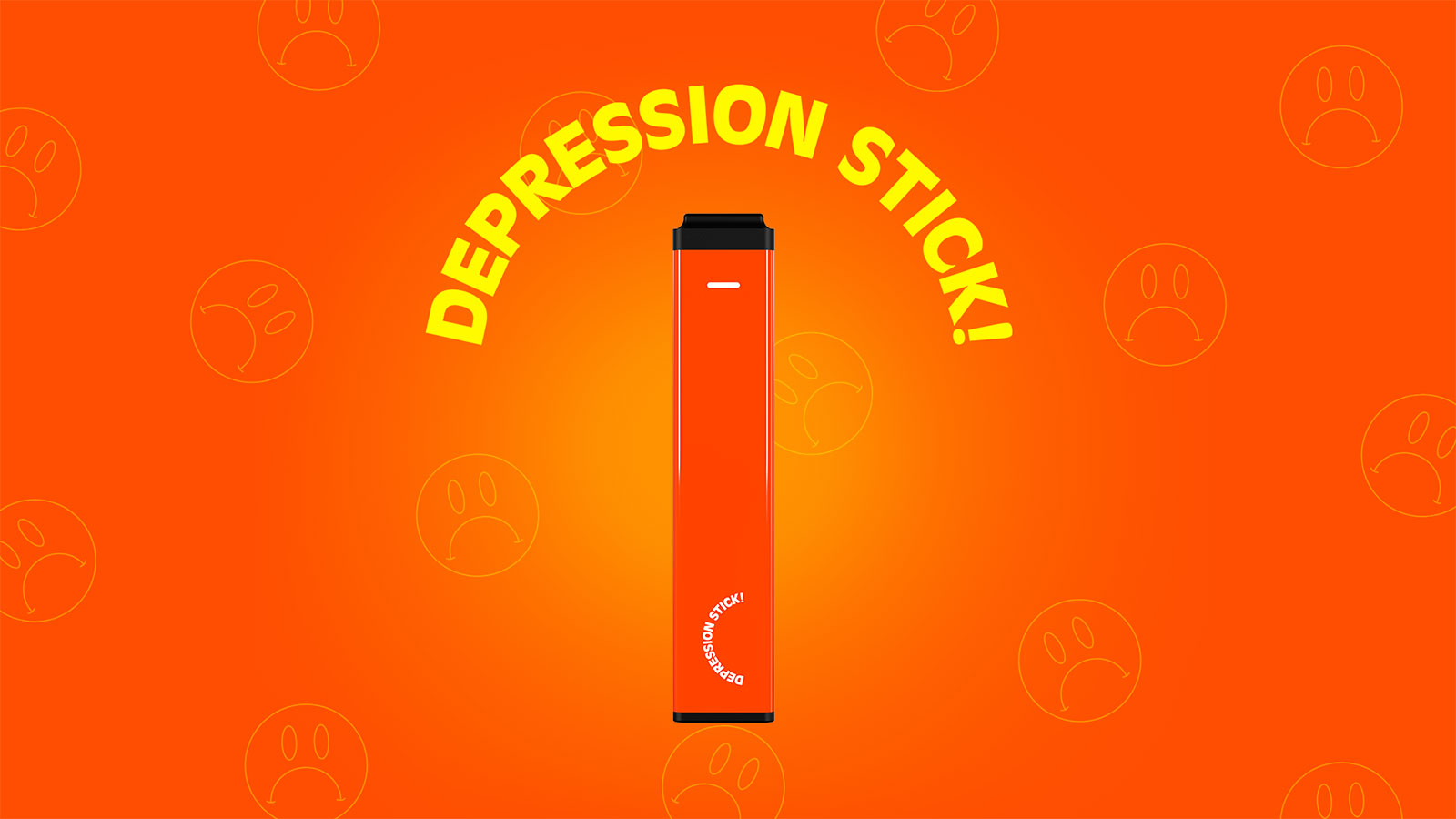 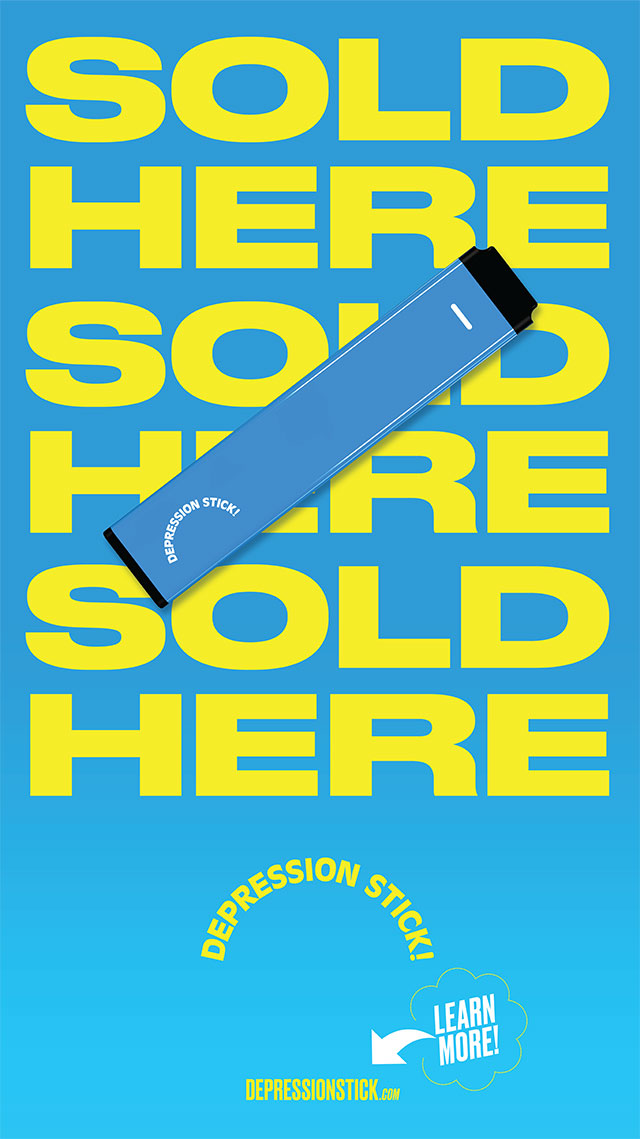 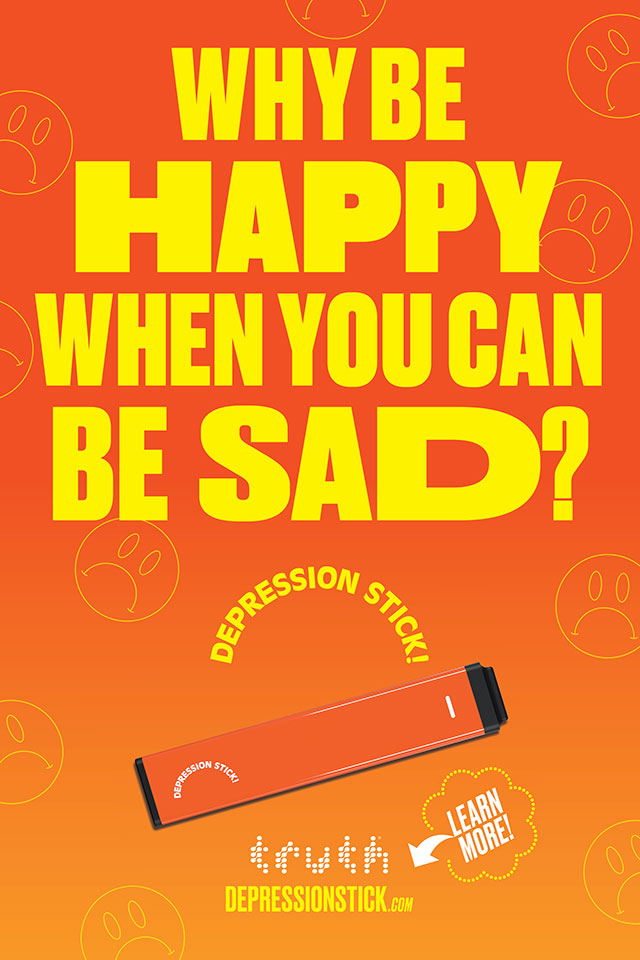 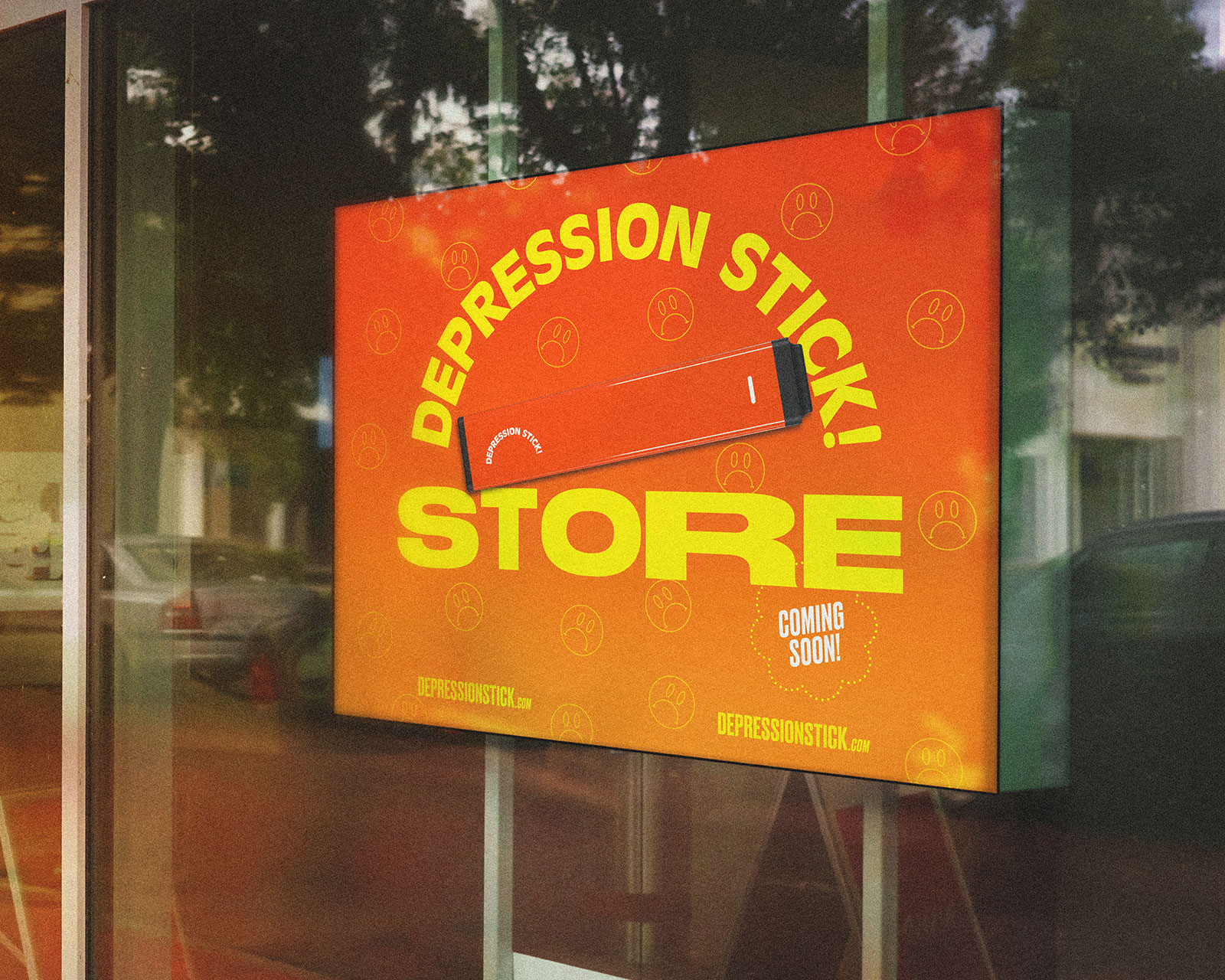 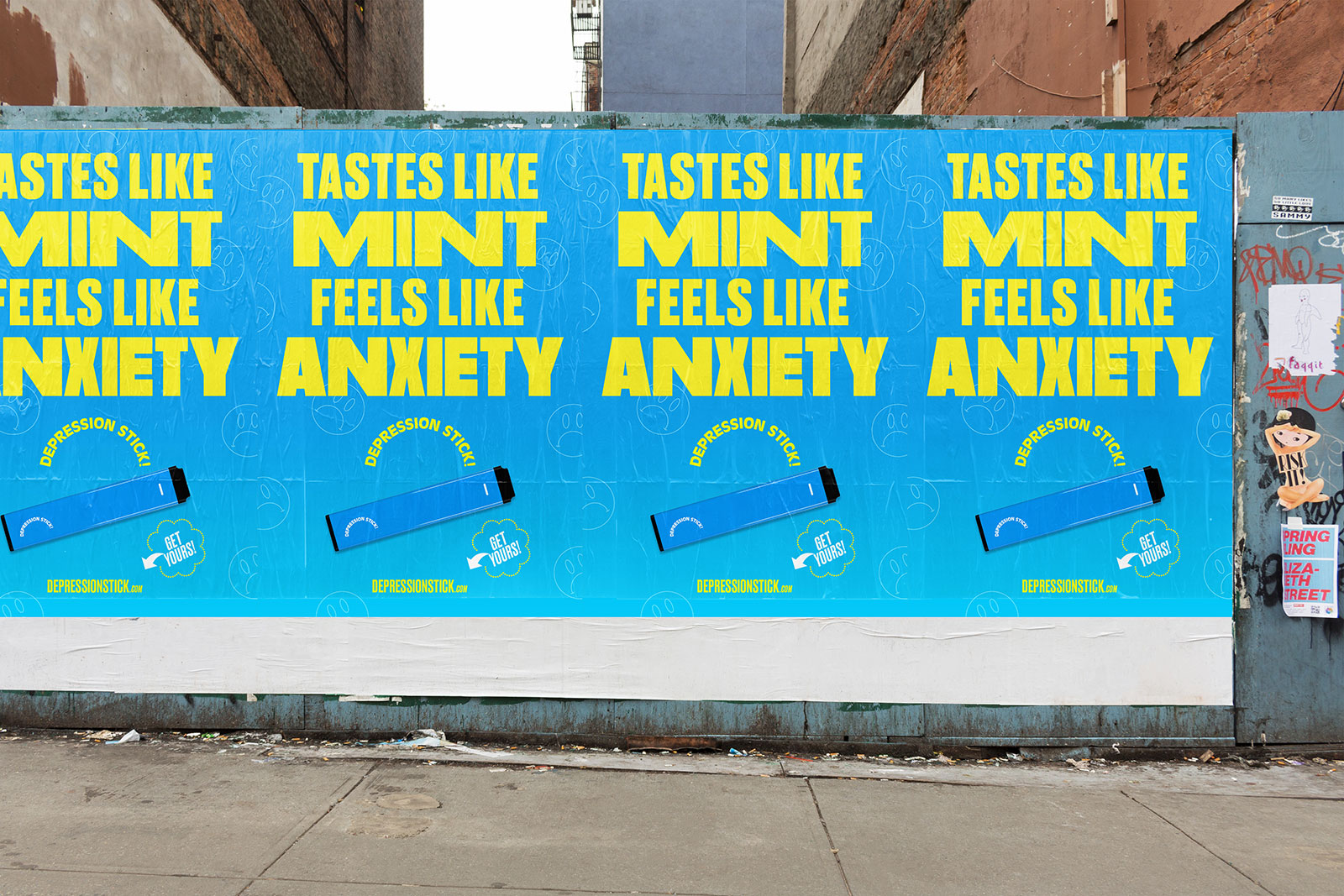 Said notes that this was the hardest production he's ever been a part of, from "months of back research and the creation of a full fake company with board members," to placing hidden cameras in briefcases, a tissue box, eyeglasses and chip stands. A four-page deck was created to convince agencies to even meet with them.

"It's hard work," adds Eric Asche, CMO of Truth Initiative. "Not all agencies want to play in a small sandbox where you can't go out of the lines."