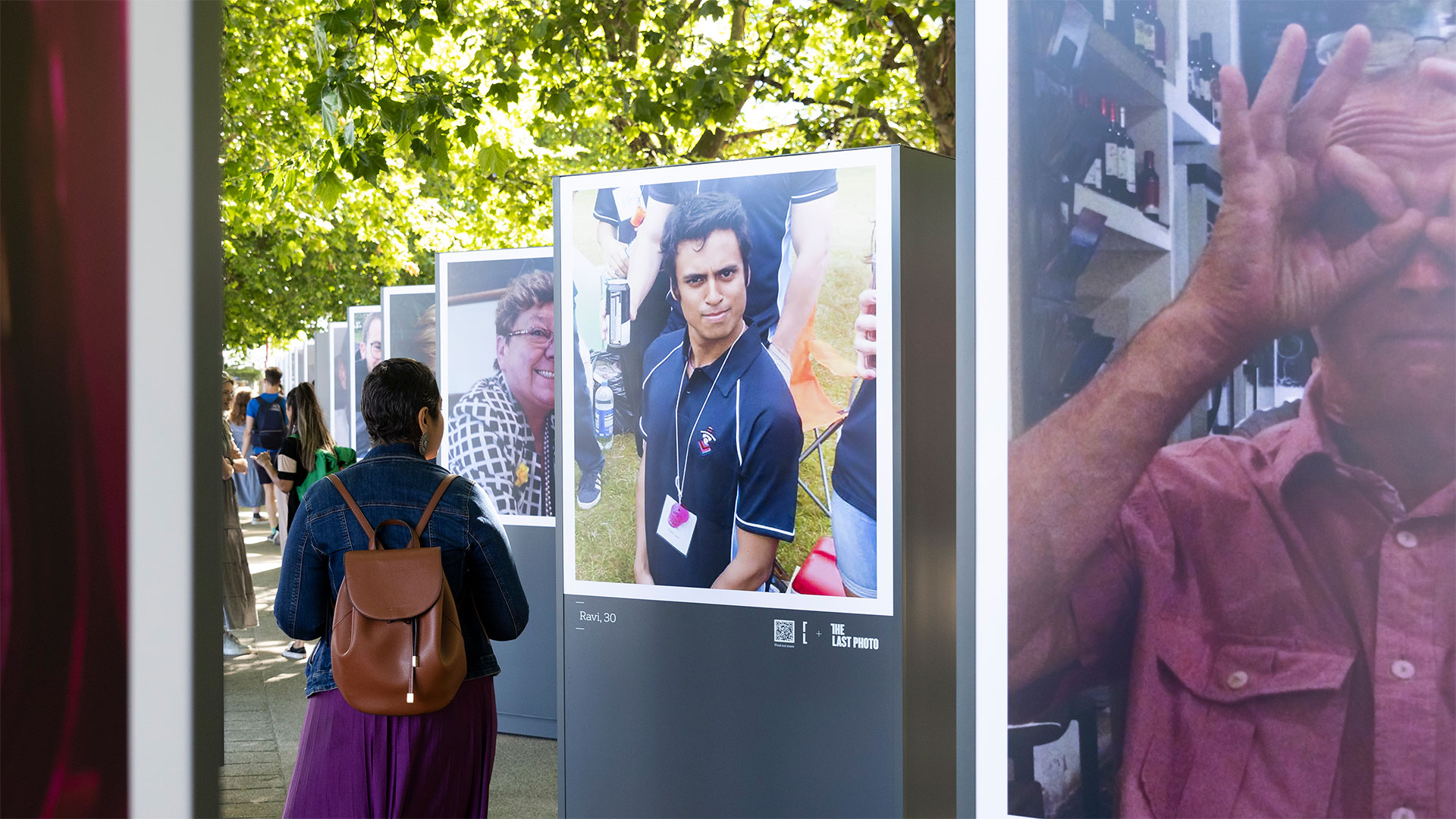 What would we see in the final candid photographs and videos of folks who made the tragic decision to take their own lives? Expressions of pain and anger? Brows furrowed with despair? Cheeks chapped from too many tears?

Would we see clear signs that they teetered on the edge, weighing an irrevocable choice at the behest of inner demons they could no longer ignore?

In fact, we see nothing of the sort in "The Last Photos," a sobering campaign from U.K. mental health charity Campaign Against Living Miserably (CALM). Developed with adam&eveDDB, the initiative features images of actual suicide victims—provided by their families—to show that appearances don't necessarily tell the whole story.

In images captured shortly before they died, the subjects seem joyous, playful and content. "Suicidal doesn't always look suicidal," the ads say, inviting users to a website for more information.

"The thought for the brief came when adam&eveNYC CEO Mat Goff noticed a Twitter thread in which bereaved parents, partners and friends shared photos of their loved ones looking carefree just days before their suicide," agency business director Louis Lunts tells Muse. "That observation seemed so common as to almost be a cliché, but we realized nobody had effectively confronted it before."

The push began on Monday, when an installation of 50 mysterious photo-portraits, each 6.5 feet high and brimming with smiles, appeared on London's South Bank. The posters included first names and ages, but no other information.

By Wednesday, however, the nature of "The Last Photos" was revealed, and fresh signage put the subjects' stories into heartbreaking perspective. During an emotional segment on ITV's This Morning, hosts Holly Willoughby and Phillip Schofield interviewed Shirley Ballas, star of Strictly Come Dancing, about her brother David, who ended his life at age 44.

David appears in one of the West Bank postings. 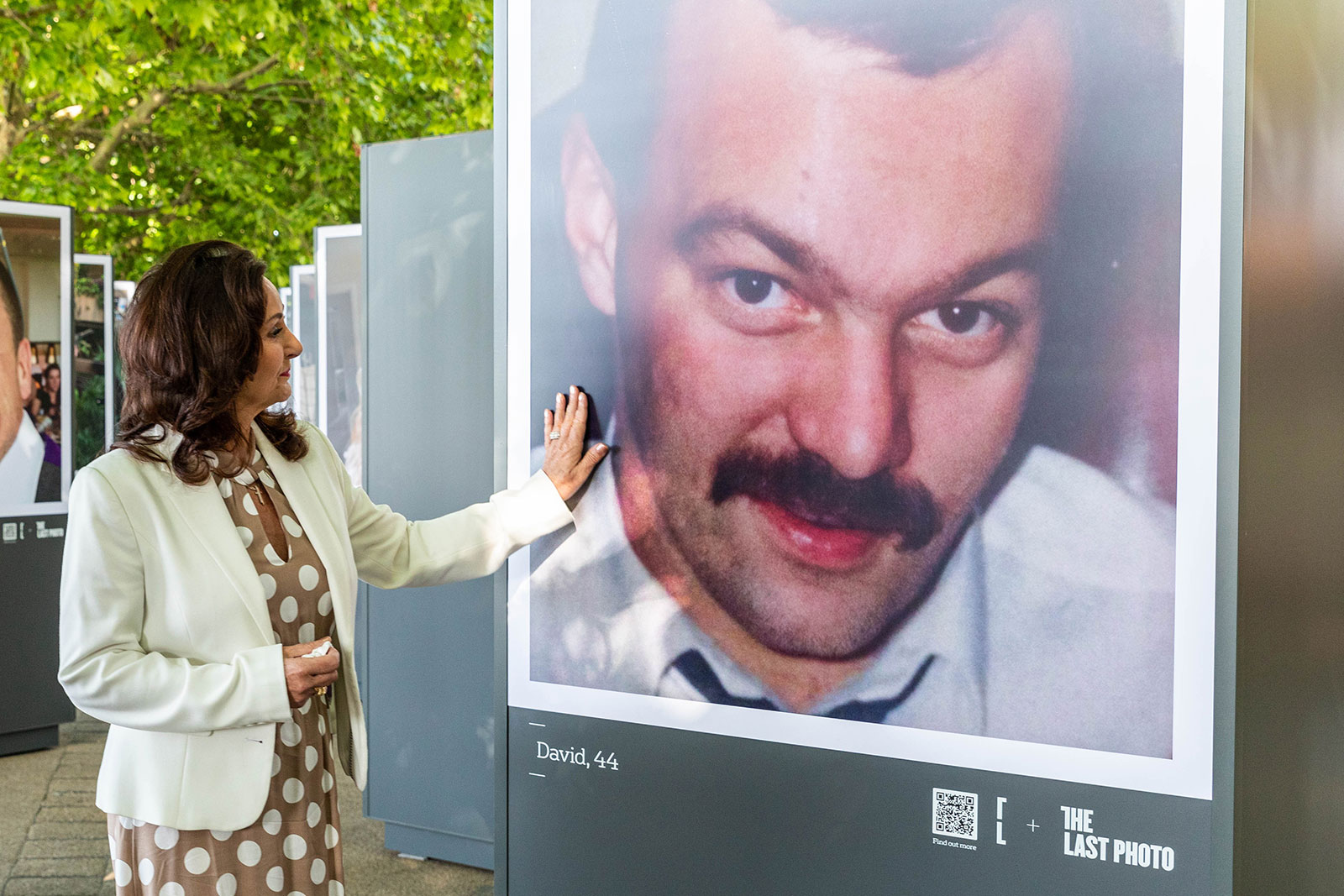 The campaign's creators believe public engagement is more important than ever, with suicide now the leading killer of U.K. men under 45, tallying 18 per day and 125 each week.

"One of the more perverse effects of Covid-19 was its ability to desensitize the nation to death data," Lunts says. "After two years of daily updates, we knew the country was sick of grappling with death as a number. We needed a new way to demonstrate the tragedy of suicide. Less mathematical, more human."

"To that end, 'The Last Photo' was built around one core principle: moving from figures to faces," he continues. "While the numbers are dire and continue to climb, the first step in really understanding suicide is to get closer to the people who experienced it."

Here's how CALM CMO Matt Jennings defines the call to action: "We're asking everyone to take a minute to talk about suicide. If we can all start one conversation about suicide, together we can save more lives. Over dinner. In schools. In offices. At the pub. In Parliament. Right across the country. We need to break the silence, smash the stigma around suicide and get everyone talking about it."

"Over half of us wouldn't feel confident in helping someone who is at risk," Jennings says. "But we can help you start these potentially life-saving conversations. We'll give you the tools to help find the words when you don't know what to say, including practical conversation starters. We'll help you spot the behaviors that some people might display when they're struggling, arm you with the info to find expert support if someone is in crisis."

The work expands on CALM's "Project 84," also created with adam&eveDDB, which led to the appointment of England's first Minister for Suicide Prevention.