Spot is narrated by Kate Winslet

Last Tuesday, Ovarian Cancer Action launched a powerful campaign across the U.K. But tragically, one of its creators, Vicky Jacobs—who had battled the disease herself for six years—died the same day at age 48.

Jacobs, the former managing director at RKCR/Y&R, brought the project to fruition with several of her former colleagues who had worked at the London shop. Driven by a remake of "I Will Survive," and featuring narration by Oscar winner Kate Winslet, the work boasts a defiant, hopeful tone that echoes Jacobs' own courageous fight for life.

In addition to developing concepts for the campaign, Jacobs had worked with doctors to find a new immunotherapy treatment for her type of cancer, and contributed a "patients' perspective" section to OCA's brochure this year.

Jonathan Mildenhall, a close friend of Jacobs' and a former top marketer at Coca-Cola and Airbnb, posted a tribute to her on his social channels. It read, in part:

"19 years ago I started working with Vicky Jacobs. She reported in to me but, in truth, she intimidated the crap out of me. Her energy, her intellect, her cultural antenna, her work ethic, her stamina were all more, so much more, than my own capabilities. Honestly, I had to sprint to keep up.

Over the past six years Vicky has been battling this insidious, vile, sly, complicated, baffling form of cancer that started in her ovaries. Vicky's battle is a story of a legend. Her strength, courage, determination, curiosity, openness, humor and ZERO self pity has inspired me more than any other person I know."

Last Tuesday, VMLY&R chairman Mark Rolfe published a piece about Jacobs shortly before she passed, in the trade journal Campaign. Here's an excerpt:

"Six years ago, VJ was diagnosed with ovarian cancer. But VJ being VJ, she didn't take it lying down. She took on her cancer as if it was the biggest and most important pitch of her life. She brought all her usual grit and determination with her as she scoured the planet for new trials and treatments, charmed scientists and oncologists, and simply didn't take no for an answer. And this is where the lovely piece of work comes into this story.

When her illness returned, she made it her mission to change the survival odds for the next generation, selflessly making something good out of her tragic situation."

"I Will Survive" has powered PSAs and social-issues advertising many times before. Examples range from Coach New York's recent Pride push and HSE's lauded anti-smoking efforts to VH1's odd but extremely popular treatise on the scourge of bullying.

"We imagined our cast would mime to the original Gloria Gaynor version, but as we developed the campaign, it became obvious that the film would be much more powerful if our cast spoke the lyrics," recalls Chris Hodgkiss, an executive creative director on the campaign.

The team cast a dozen girls between the ages of 6 and 12, and they didn't get to rehearse the lyrics prior to the shoot. "We wanted them to just be themselves and say the lines how they wanted," explains Hodgkiss. "The director, Joanna Bailey, got each of the girls to say different lines from the song, and then, working with the editor, we recreated the full track using the best takes of each line."

Posters and print ads keep things simple, with minimal text and stirring close-ups of the kids from the PSA: 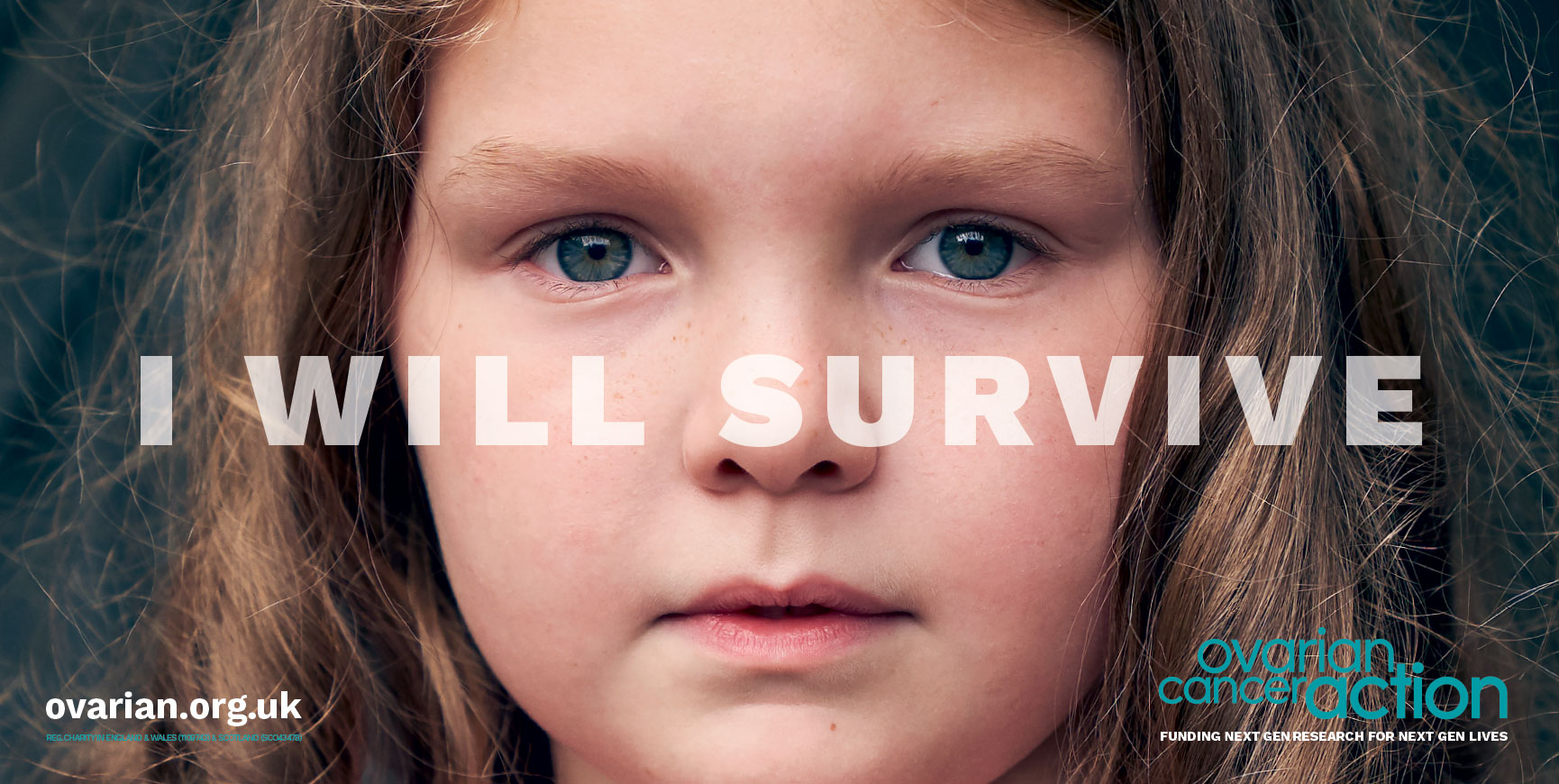 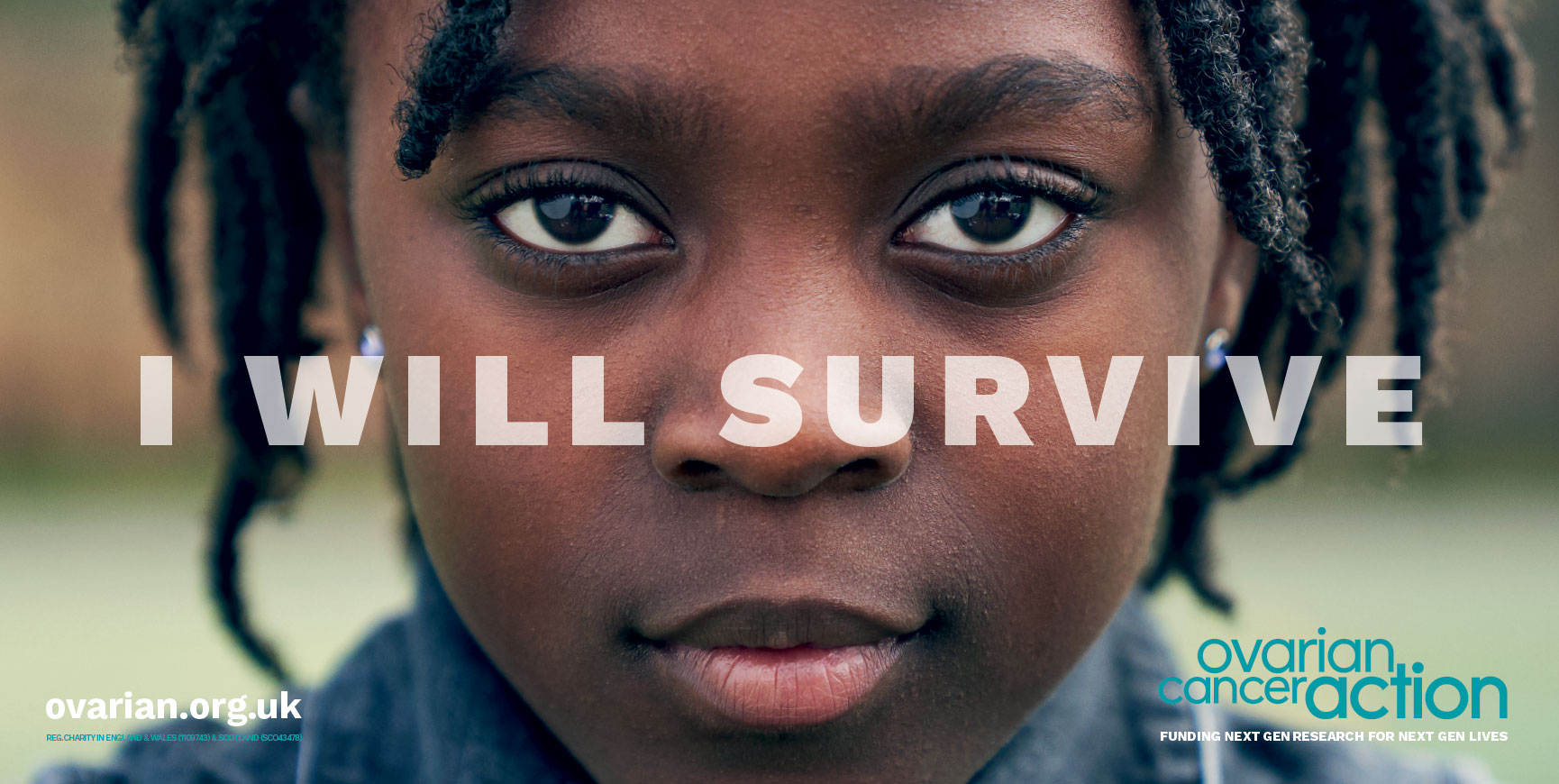 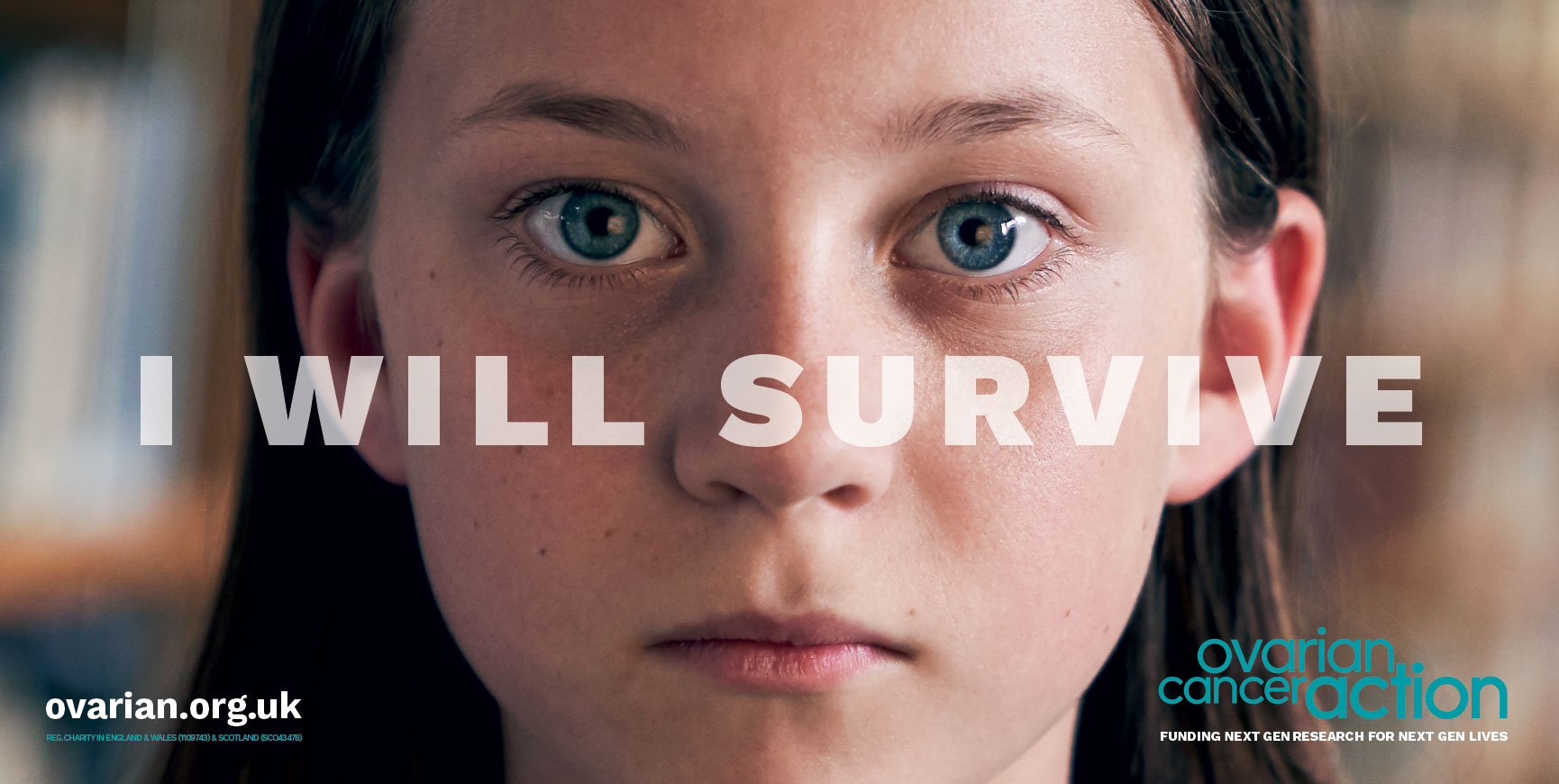 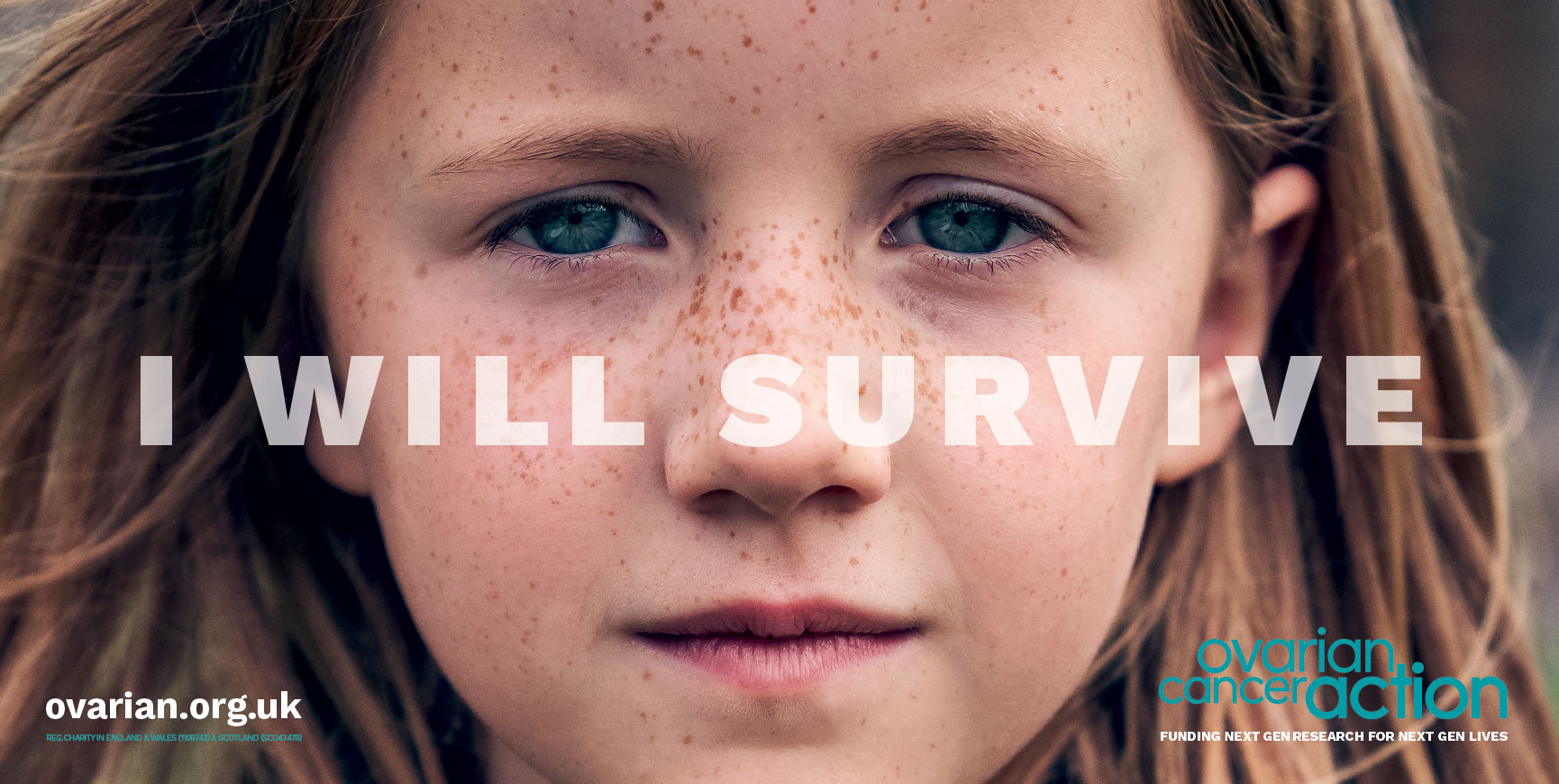 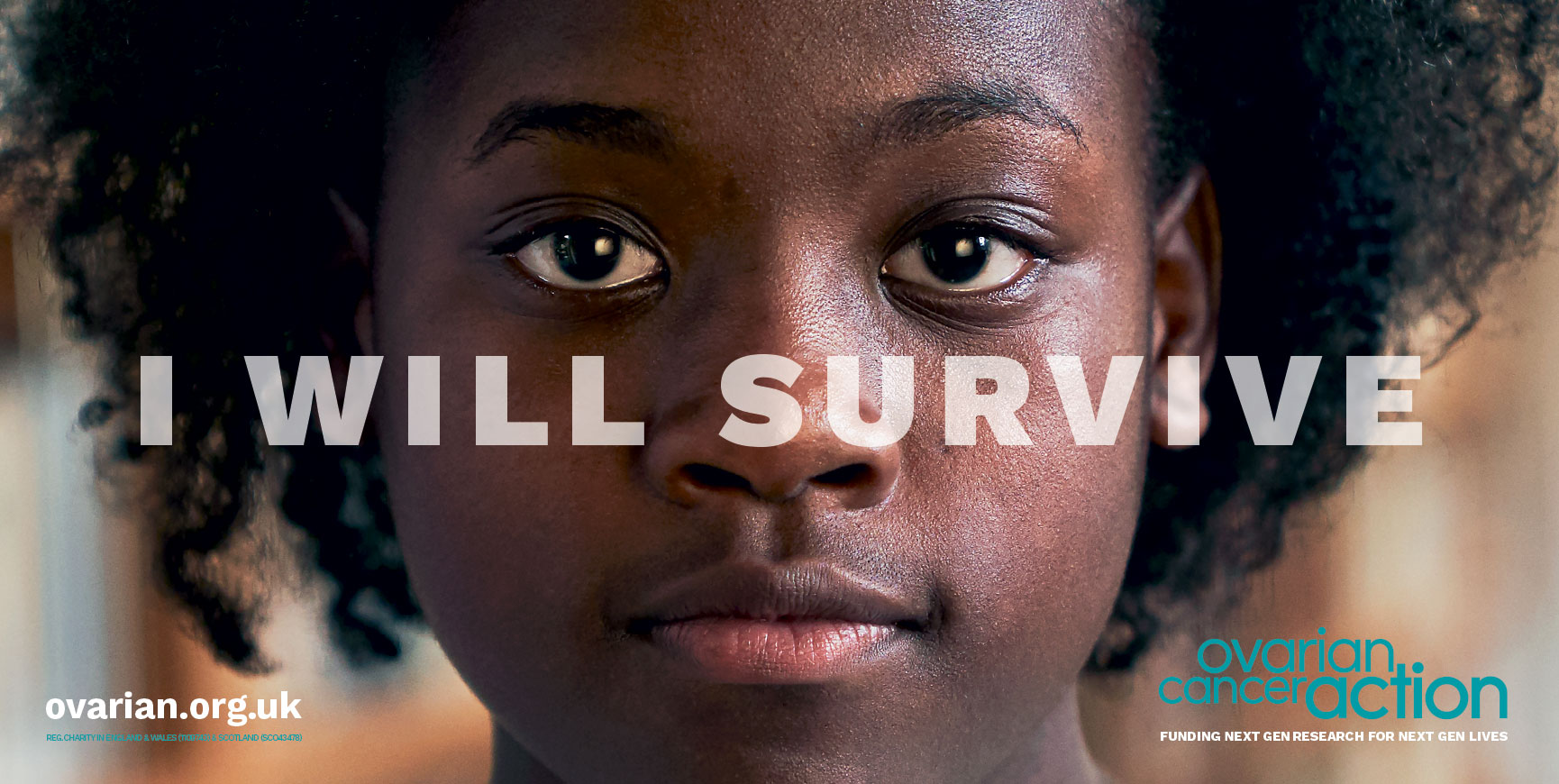 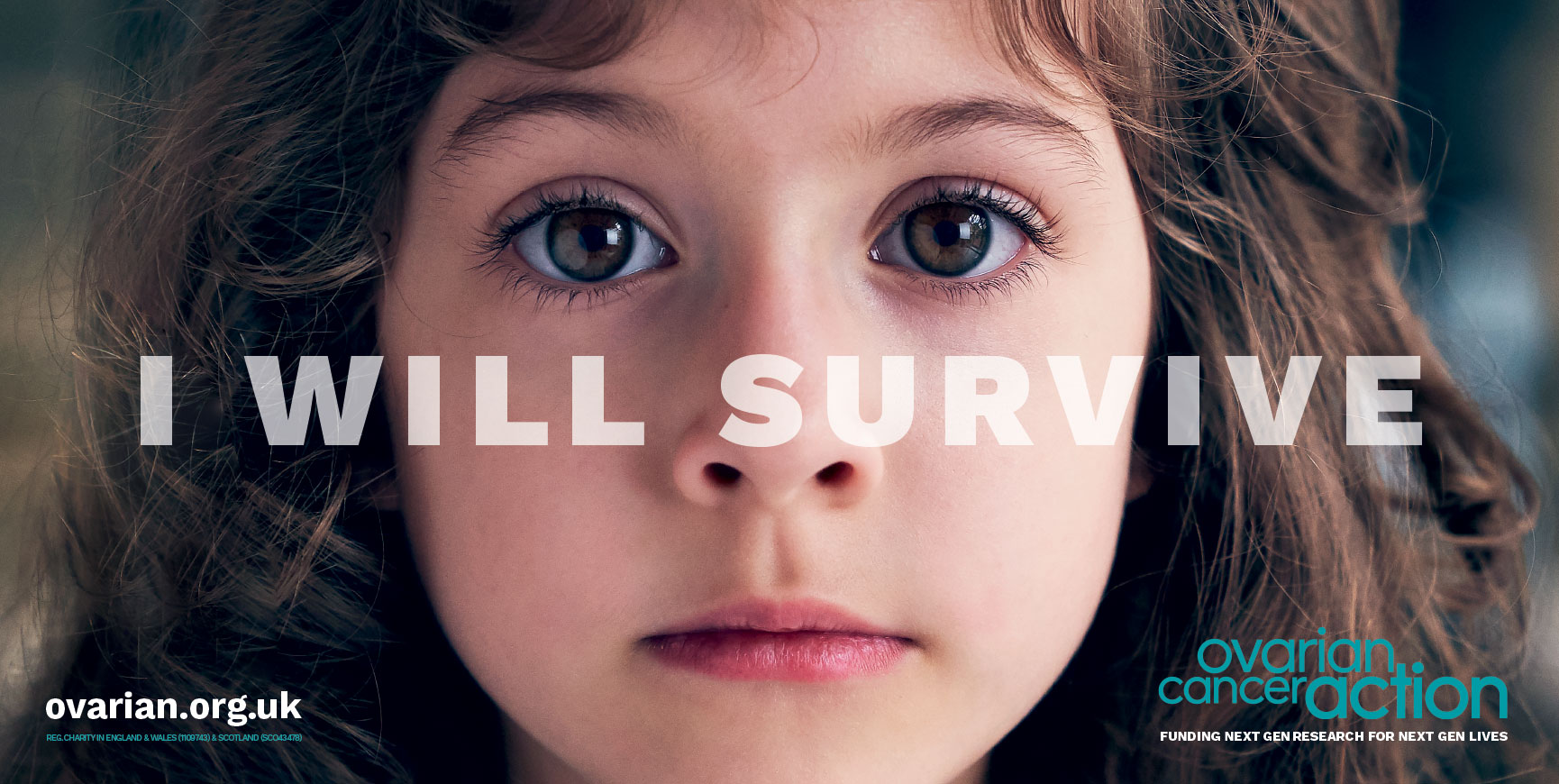 A woman dies of ovarian cancer every two hours in the U.K. Jacobs "made it her mission to change the survival odds for the next generation," explained Pip Bishop, also an ECD on the campaign, before her friend passed away. "When she asked us to come on board, we jumped at the chance."

Bishop added: "Today's generation of women are benefiting from new treatments thanks to research investment in decades gone by. The campaign aim is to keep up that momentum to benefit generations to come."

Winslet, who lost her mother to the disease in 2017, echoed that sentiment in a statement: "As a family we have first-hand experience of the awful loss that comes with this terrible disease. Early screening and further research are invaluable. Raising awareness as well as funds becomes immediately empowering to women and girls, while at the same time giving genuine hope for a brighter future and cancer free lives."