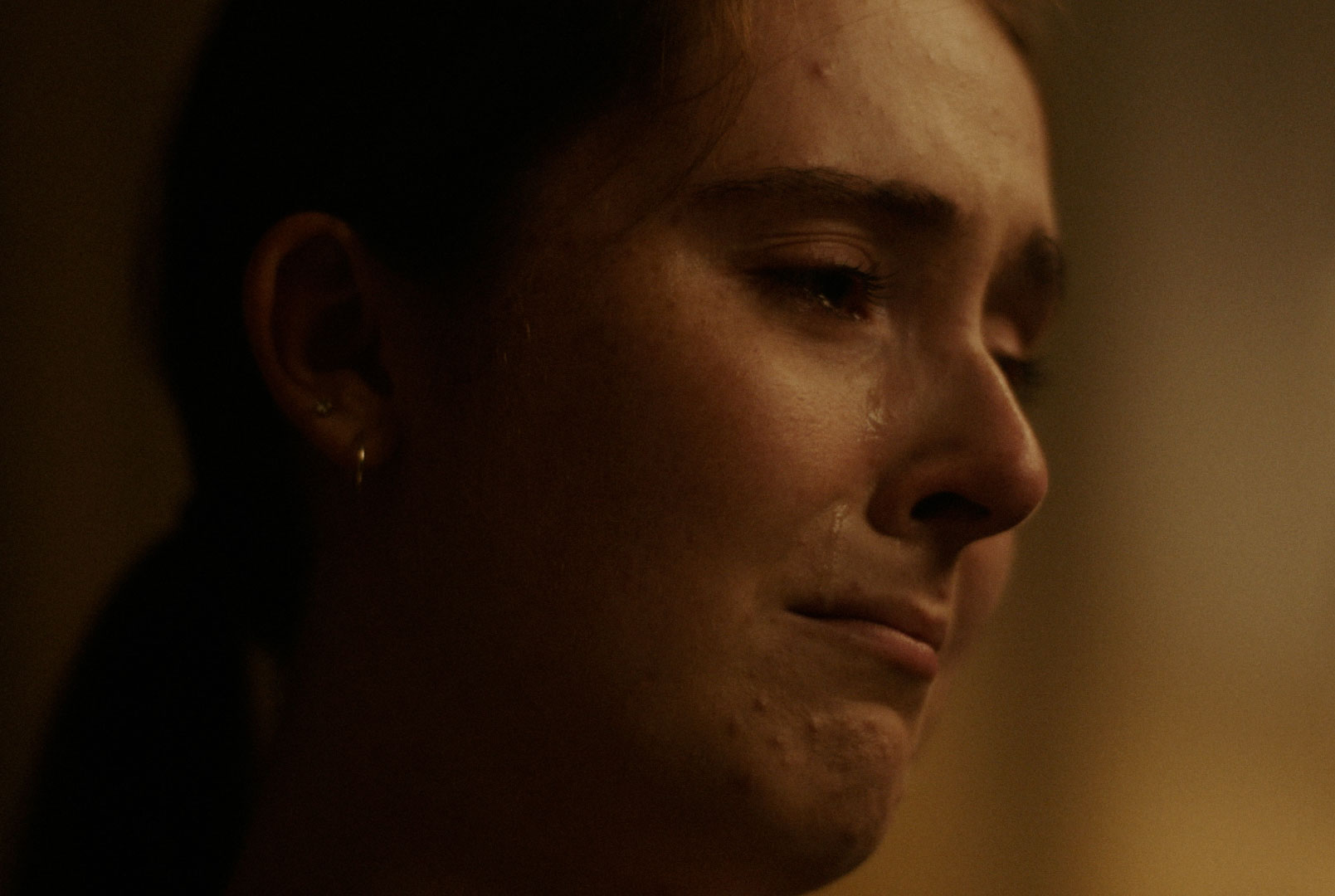 When we meet nurse Vicky in the short film below from U.K. charity Frontline19, she's informing a patient's next of kin that their loved one has succumbed to Covid-19.

Rather than cut to scenes of the family's grief, however, we see Vicky sobbing in the breakroom, one of the estimated two in five British frontline workers—representing tens of thousands of professionals—who are suffering from PTSD during the pandemic.

ON THE FRONTLINE: HOW ONE CRISIS HAS CAUSED ANOTHER & HOW YOU CAN HELP | Frontline19

The video, titled "One Crisis Has Caused Another," directed by Novemba (aka Blair Macdonald and Oliver Clark), anchors a broader campaign developed by adam&eveDDB with PTSD specialists.

Timed to Britain's Emergency Services Day today (Sept. 9), the work introduces HopeLine19, a phone service the lets callers leave messages of love and gratitude for doctors, nurses and other essential workers. These will be uploaded and made available to essential workers needing an emotional boost as they struggle to help those stricken by the virus.

"There is a looming mental health crisis among the people who have dealt with the very worst of the pandemic, and for whom it is far from over," says Frontline19 founder Claire Goodwin-Fee. "We know that it is commonly around a year to 18 months after a trauma that PTSD can begin to surface, so it's vital to raise awareness now of what Frontline19 is doing and ensure none of these incredible people feel alone or abandoned."

"We're humbled at what the doctors, nurses, emergency responders and thousands of other unsung heroes have achieved," adds Ant Nelson, executive creative director at adam&eveDDB. "But while their actions may be heroic, they are human beings, as vulnerable to mental health problems as the rest of us."

The film's technical approach mirrors the trauma that front-liners endure every day. Their lives appear jarring and disjointed, with moments that cut like glass. On the soundtrack, James Blake's impassioned cover of Billie Eilish's "When The Party's Over" slices straight to the heart. 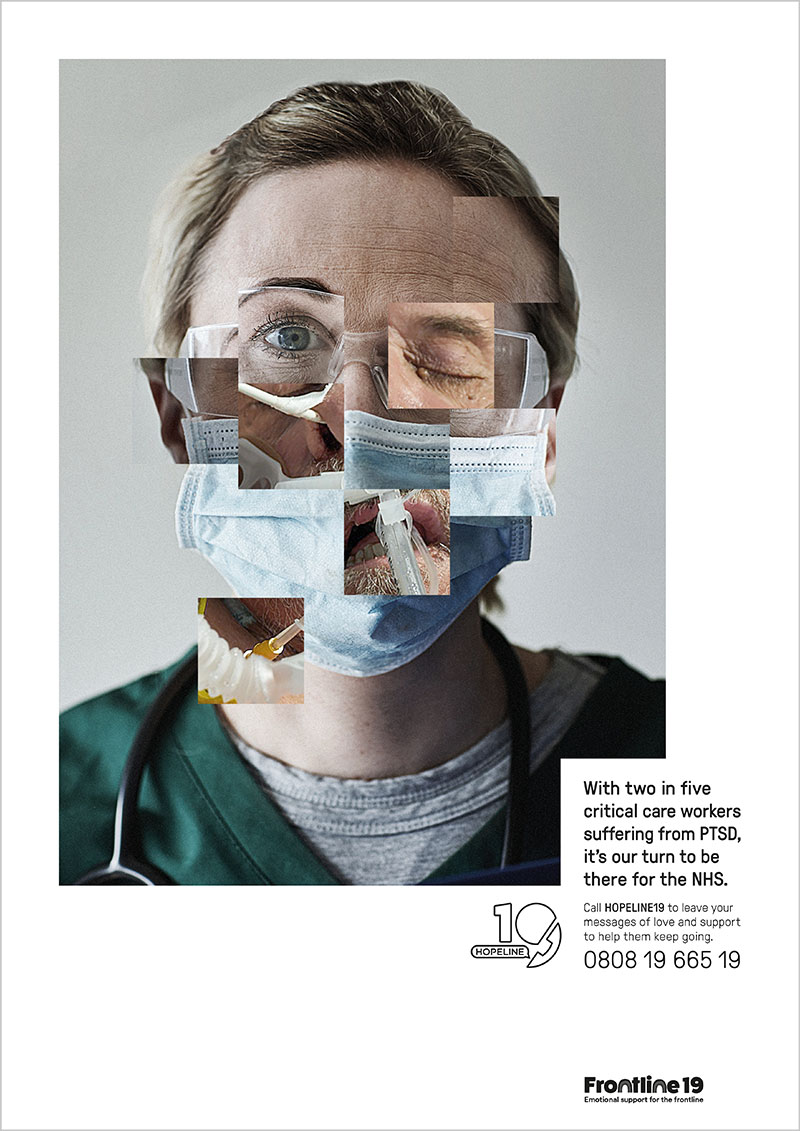 And here's a more hopeful message focusing on the HopeLine itself: 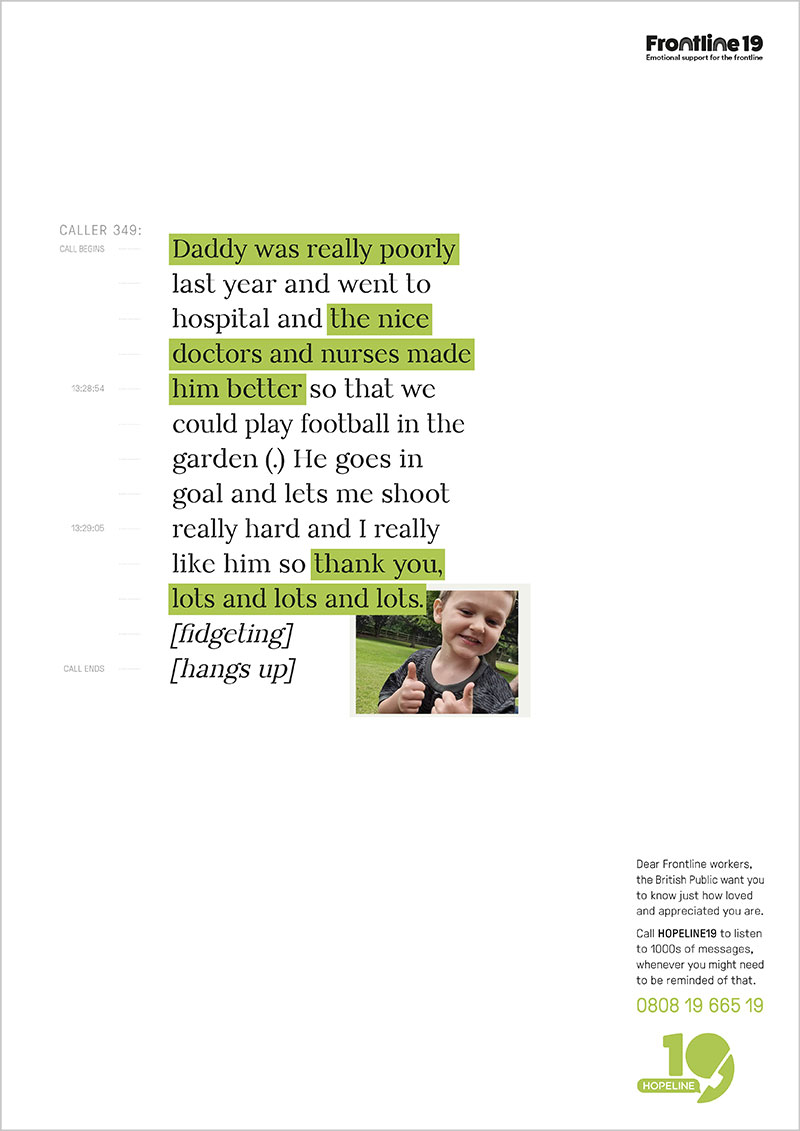