How Kaiser Permanente Owned TikTok With Its #OwnTheCurve Covid-19 Campaign 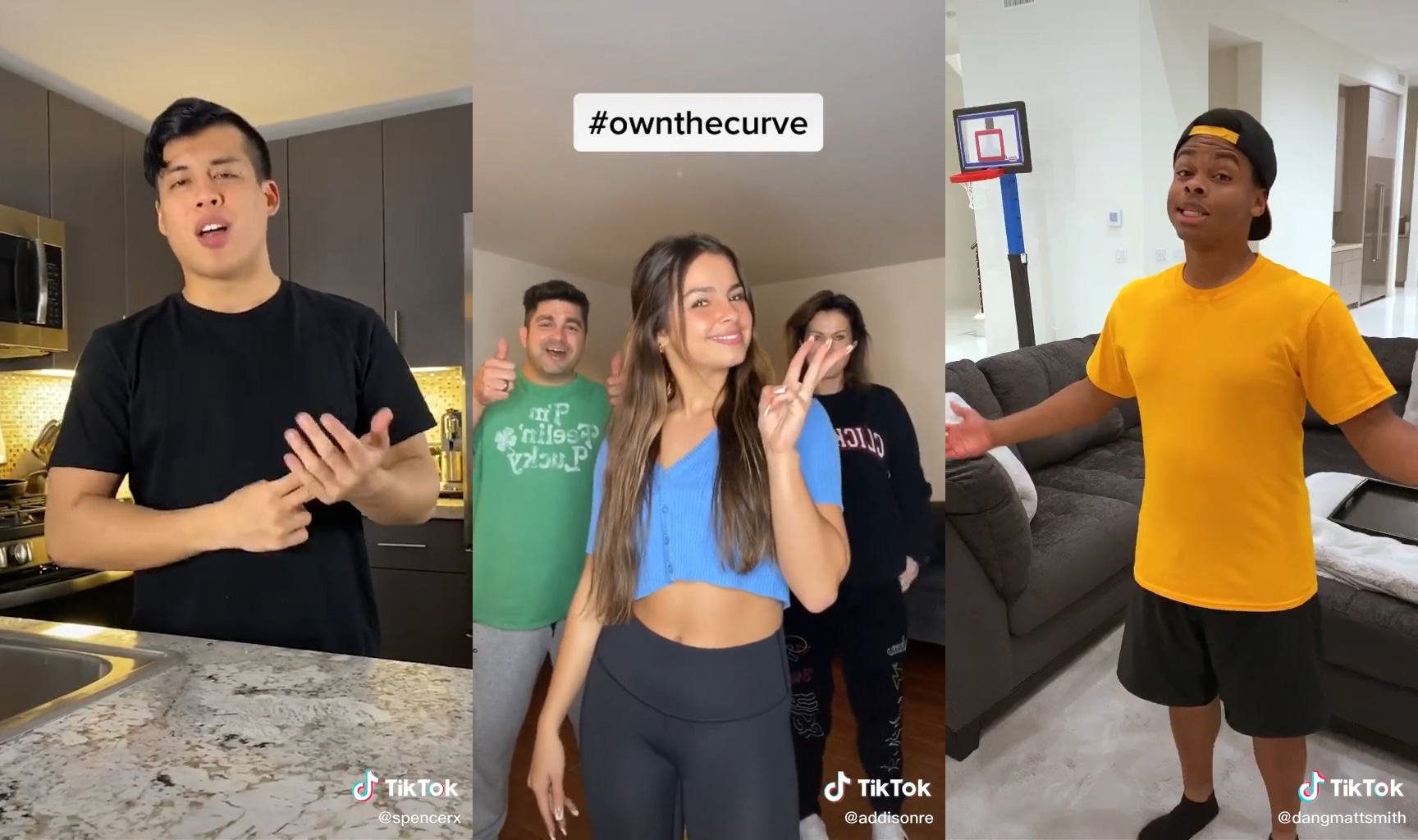 As April began, healthcare giant Kaiser Permanente tasked Campbell Ewald with encouraging physical distancing among 18- to 25-year-olds in order to slow the spread of Covid-19.

"It was a no brainer for us to recommend TikTok, as the platform has strong reach and engagement [with the Gen Z community]," C-E group account director Michael Tucker tells Muse. "We wanted to create a crowdsourced PSA that could reach people who typically have a strong feeling of invincibility. Instead of telling them what to do, we wanted them to tell each other."

With time of the essence, C-E devised #OwnTheCurve, a breezy but info-rich appeal, launched with help from Addison Rae, a 19-year-old influencer with more than 30 million followers.

Less than two weeks later, content using that hashtag has netted more than 4 billion TikTok views—that's billion with a B—making this one of the video-sharing platform's biggest campaigns ever.

"It was a unique client ask: From the voice of a large healthcare company, reach out to a much younger demographic than they usually talk to, and deliver some serious subject matter," says C-E executive creative director Jason Tisser. "We used Addison's voice to get our message across in a way that wasn't pandering or sounding like your parents giving you shit for not listening."

Rae received some guidance from the team, "but we didn't dictate her content," Tisser says. On April 17, Rae posted a video in which she hangs out at home with her parents and exercises to bouncy beats:

Y'all, the more we wash our hands, stay home, and physical distance, the more we ##ownthecurve and get through this together! ##Sponsored

"We know that younger audiences want to be an influence for positivity and good," says Kaiser executive director of national advertising and sports marketing Lawrence Montgomery. "We wanted to inspire people to stay connected and see and hear one another in a time when we can't have one-on-one interaction."

After Rae kicked things off, Kaiser engaged creators such as Dangmattsmith and Spencer X for fresh clips…

Alright, here's how you can own the beat and ##ownthecurve. Stay home. Wash your hands. Physical distance. Tag me @spencerx so I can see it. ##Sponsored

…and teamed with the NBA to run up the score:

##ownthecurve with @addisonre. Take a break to show us how you play ##hoopsathome ##sponsored ##kaiserpermanente

"It was important that young people from all over the spectrum could participate, given the stakes of what we're dealing with," Tisser says. "Now that we have people's involvement, we will transition the focus to mental health, as we know people are struggling with prolonged periods of time at home—some in isolation."

Ultimately, engaging Gen Z in a fun, sincere dialogue and empowering them to create and share helpful messages won the day. For the young-adult audience, the work was simply too alluring, addictive and timely to ignore.

"A part of this challenge was to give the younger generation an opportunity to show how they are taking ownership and responsibility for this important moment, and they showed us how creative they can be," says Montgomery.

Kaiser and CE had high hopes for #OwnTheCurve going in, but a viewership of billions took them by surprise.

"The combination of creative freedom in the TikTok community and light branding encouraged more to get involved as they could highlight their unique approaches and voices," Montgomery says.

As for enlisting Gen Zers to target their own cohort in the Covid era and beyond, "it's time for brands to be egoless," Montgomery adds. "Influencers love a challenge that allows them to be creative, and they are more comfortable in front of a camera than any other generation. Don't make your challenge too narrow; give them space to create what they want. They want to create and consume content for and from their peers."