So the screen always stays steady 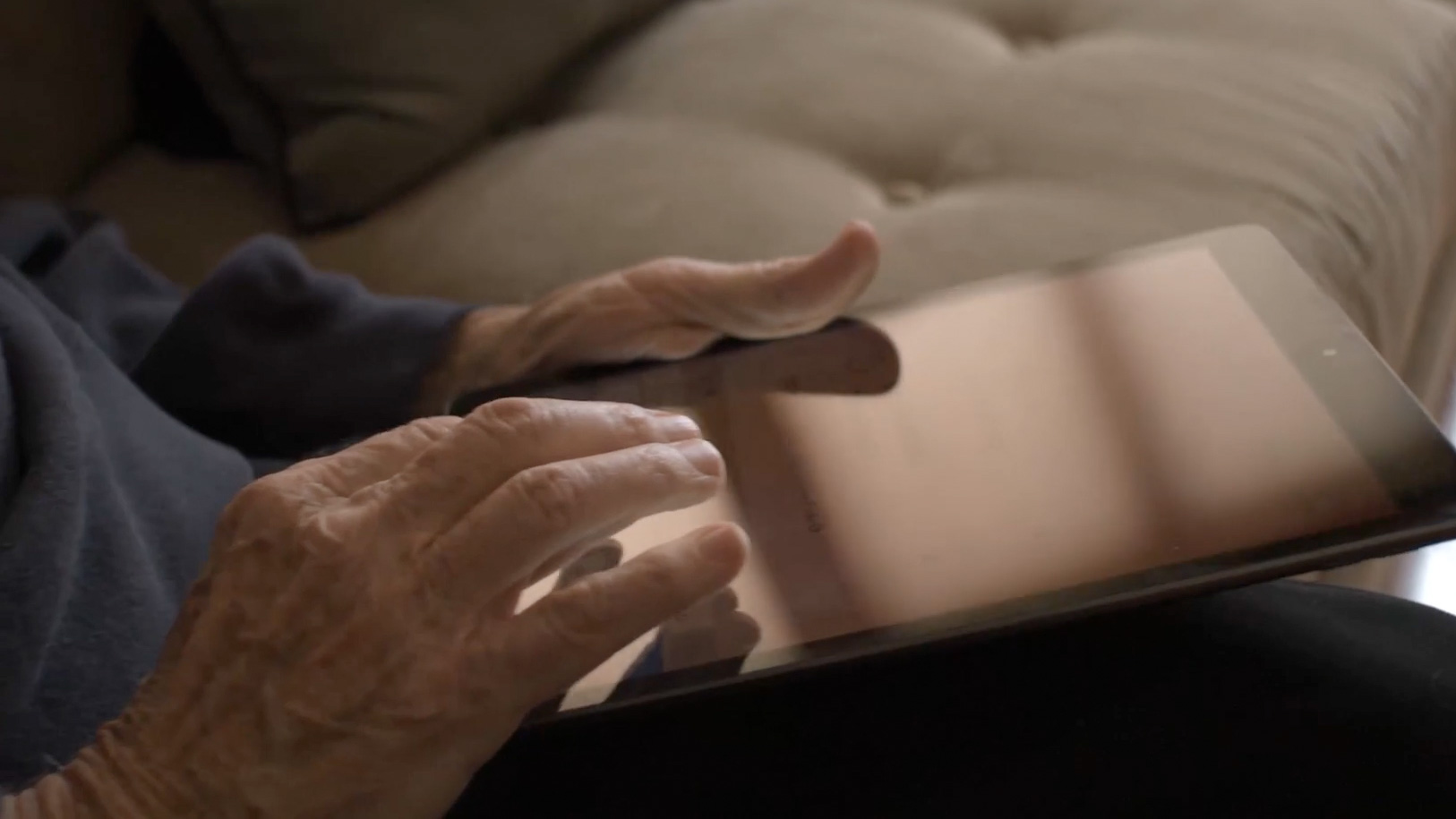 The common, everyday task of scrolling a phone or using a tablet is taken for granted by most. For people living with Parkinson's disease and other tremor conditions, this mundane task can be challenging and even impossible.

Havas New York and Havas Germany spent more than two years developing Staybl, a free iPad browser app that keeps the display screen steady, even in the midst of a tremor. In technical terms, when a device is shaken, the app uses the device's internal accelerometer data to create visual counter-movements in the browser in real time. Simply put, the app moves in the opposite direction of a tremor to keep a steady display on screen.

The offices worked with the German Parkinson's Association and patients in Germany and the U.S. to test and tweak the user experience. Staybl removed the swipe and slide gestures and added larger typography to increase functionality.

People with Parkinson's share their story in a two-minute video, describing the shock of the diagnosis and also the changes happening to their bodies. Staybl helps them remain independent and connected to family and friends.

We spoke with Dan Lucey, chief creative officer at Havas New York, about how the idea surfaced and optimism that hardware developers will start adding these features to accessibility settings.

Muse: So Staybl is akin to Safari or Chrome?

Dan Lucey: Yes. Staybl is a web browser, currently available for iPad, and has all the same features—with the addition that it helps compensate in real-time for any tremors or movements through a centered, stabilized browsing window and visual padding, and can be adjusted for different levels of shaking. When designing, understanding the needs of tremor patients was critical to our approach to creating a highly accessible and usable experience. This includes large buttons, zoom functions and a stabilized window that counteracts the shaking of the device.

How does it know to shift up if a tremor shakes the screen down?

Staybl relies on the device’s accelerometer to adjust the image on the screen. Accelerometers measure the change in speed and direction of the device, which allows for features like step counting, immersive mobile games or the compass. For Staybl, we can read continuous data from the three-axis accelerometer and adjust the motion of the screen in the opposite direction that the device moves. We also created a design system that allows users with tremors to engage with Staybl via large interaction areas, bold colors to signify interactions and high color contrast to mitigate legibility issues.

Why was it created? Was it for a specific client or a personal, passion project?

The initial idea came when Michael Schöpf, creative director of Havas Germany, was reading about a Parkinson's patient describing his everyday life with the disease. He was particularly touched by the statement that he missed reading books more than anything else. It was clear to Michael that there had to be a digital solution to this problem. So, he came up with the idea for a browser app that virtually compensates for any tremor—to make it easier for people with Parkinson's not only to read, but basically to access the digital world. Later on, Michael’s mother was diagnosed with Parkinson's disease, which was a great shock and terrible coincidence. But because he had a head start with the ideation of Staybl, he was able to offer her some hope and comfort.

Staybl was a two-year, pro bono passion project to address the unmet needs of people suffering from hand tremors, and further our commitment to access and inclusivity. We are firm believers in using business as a force for good, and Staybl is just one of the ways we are doing that. We also hope to influence hardware and OS developers like Apple to include these features in their accessibility settings.

What was the best feedback received from those who tested Staybl?

Hearing that we gave a 40-year-old woman the confidence that she could continue working, and that her tremors would not keep her from her job, felt pretty amazing.