Give the Gift of Listening, Says ITV in Latest Mental Health Campaign 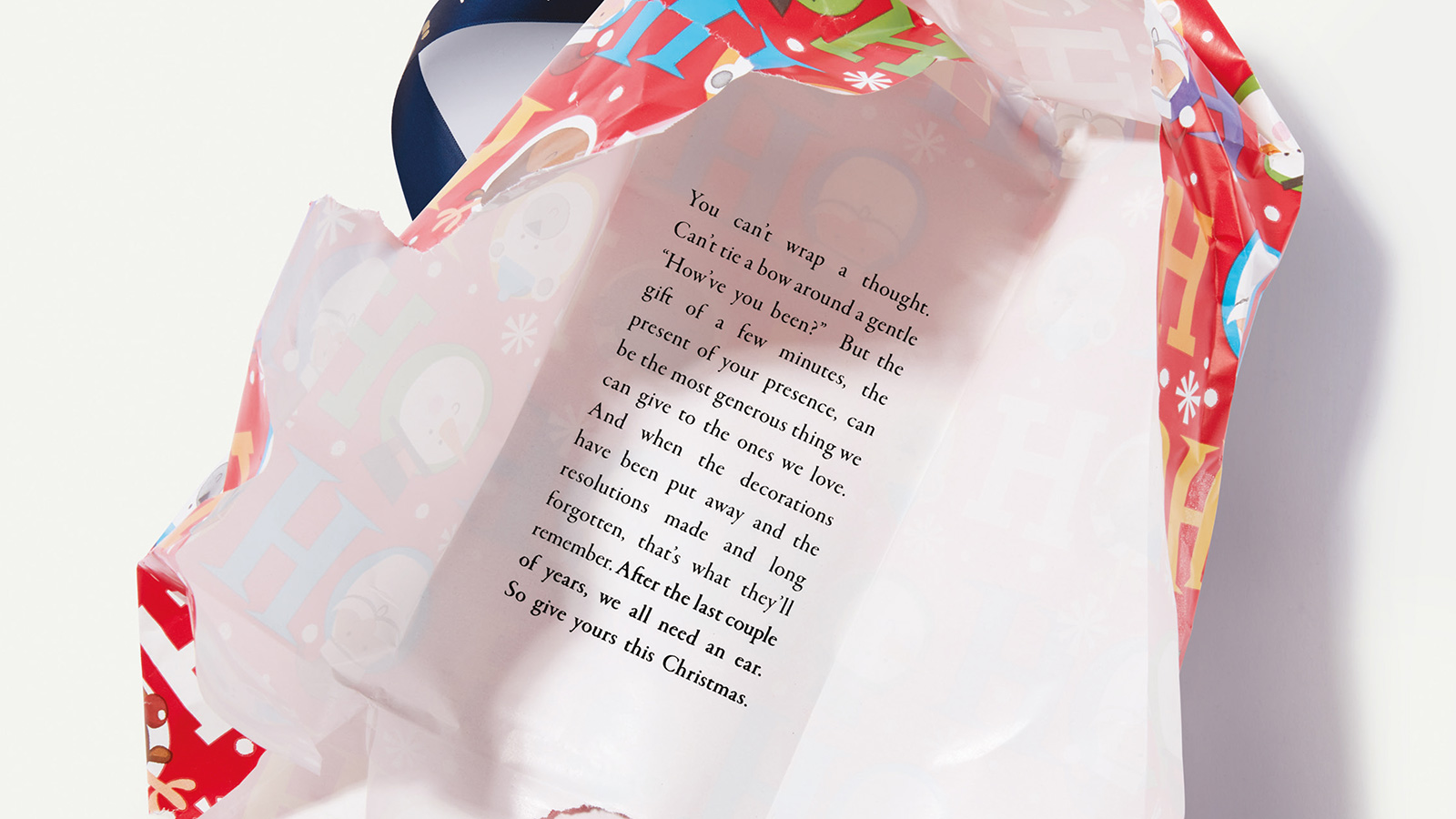 Listening to others and giving them space to share their feelings is a precious gift. That's especially true in Covid times, as we grapple with seemingly non-stop, anxiety-inducing noise—from without and within—that can wreck our mental health.

In the clip below, Uncommon Creative Studio makes that point for ITV with help from the U.K. broadcast network's stars and BAFTA award-winning director Simon Hynd:

Created as part of the "Britain Get Talking" initiative developed with charities YoungMinds, Mind and SAMH, the entertaining work rings true, making a serious statement without sounding too preachy.

As for the tagline, "After the last couple of years, we all need an ear. Give someone yours this Christmas," well, David Lynch likes what he hears.

They mean it metaphorically, of course. Though a recent pop-up in London's Soho district, hosted by singer and ITV presenter Fleur East (who also appears in the film), did feature big chocolate ears: 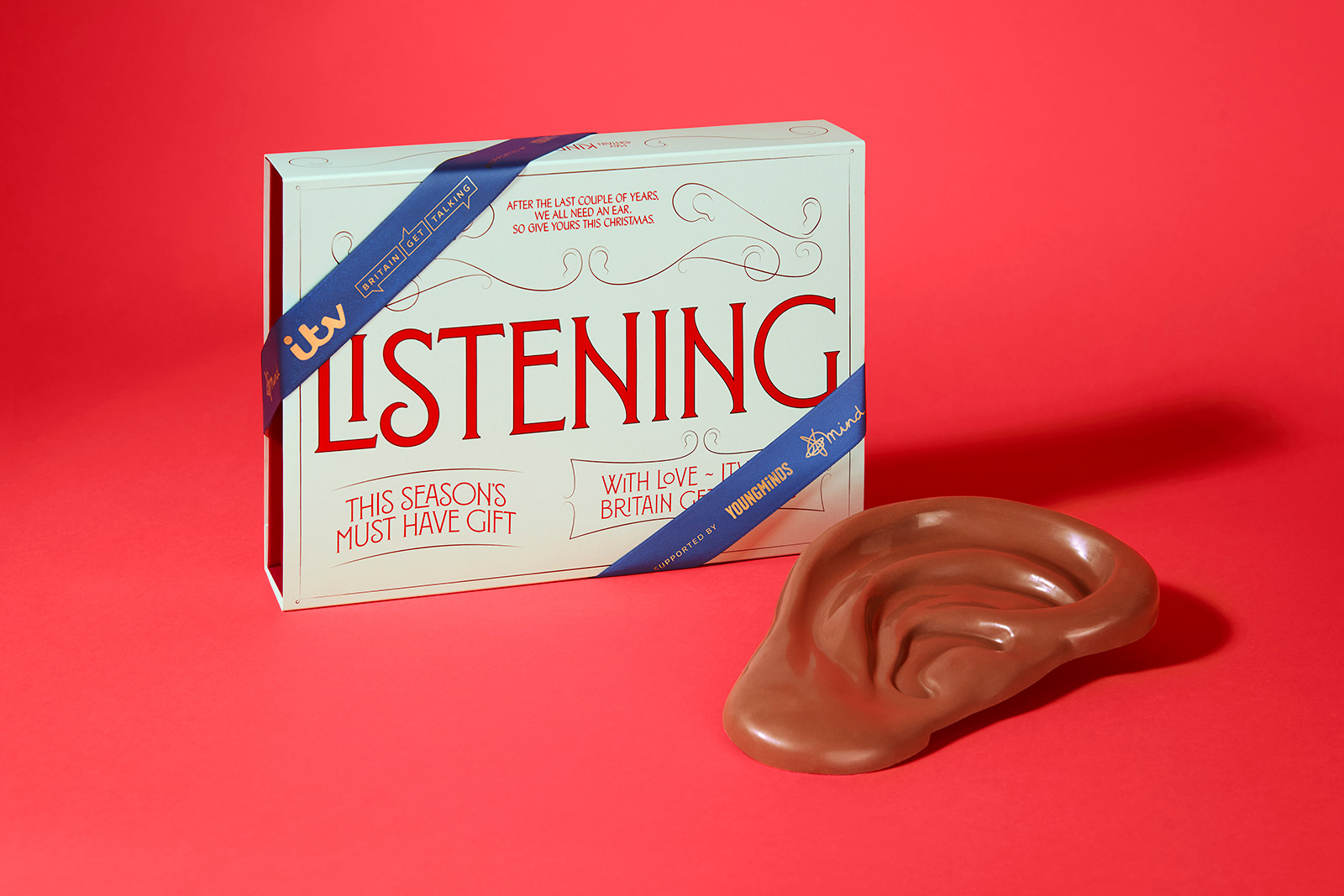 To build buzz, the network also gave the treats to its on-air talent, including Love Island's Dr. Alex George, who serves as the youth mental health ambassador in the U.K. Department of Education:

Stylish print ads amplify the message through shots of discarded wrapping paper and simple yet stirring lines of text.

"The perfect gift this festive period isn't a fancy watch, won't cost a penny and isn't hard to wrap," Uncommon says in a blog post. "Instead, the gift of a few minutes, the present of our presence, is the most generous thing we can give to the ones we love. The messaging leaves us with the proposition that, after the last couple of years, we all need an ear—and to give yours this Christmas."

With this particular campaign, re-gifting is heartily encouraged! 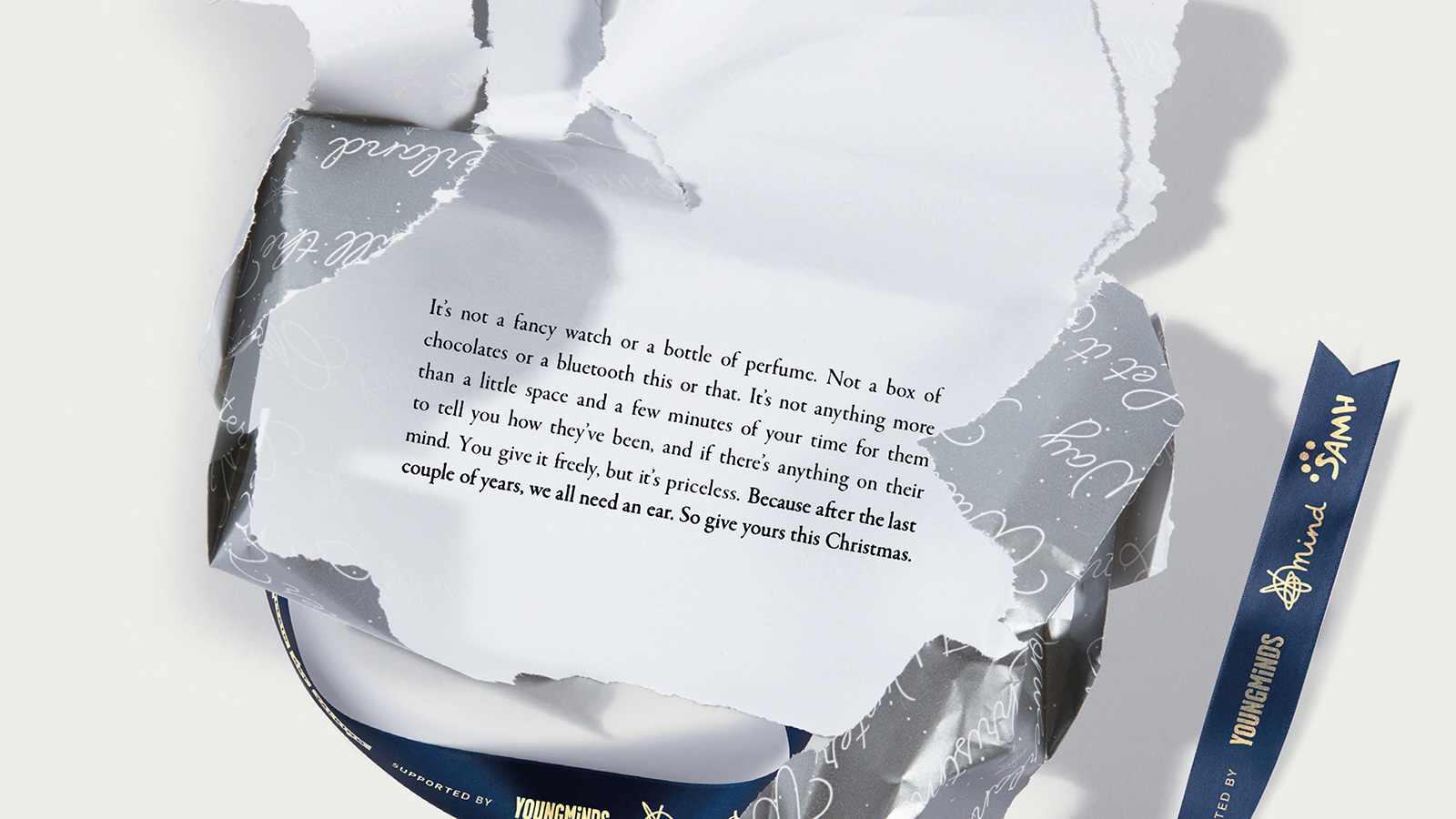 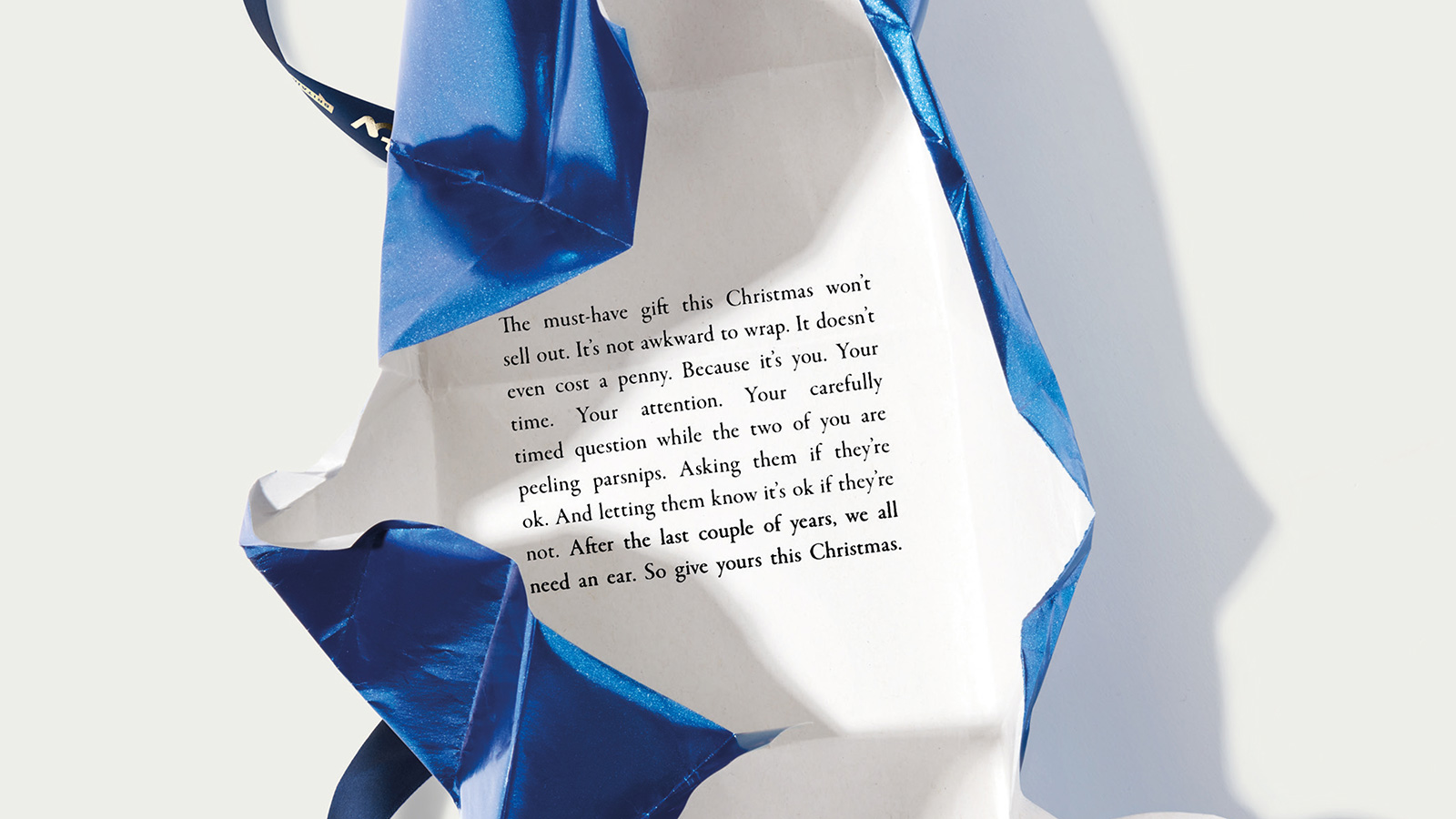