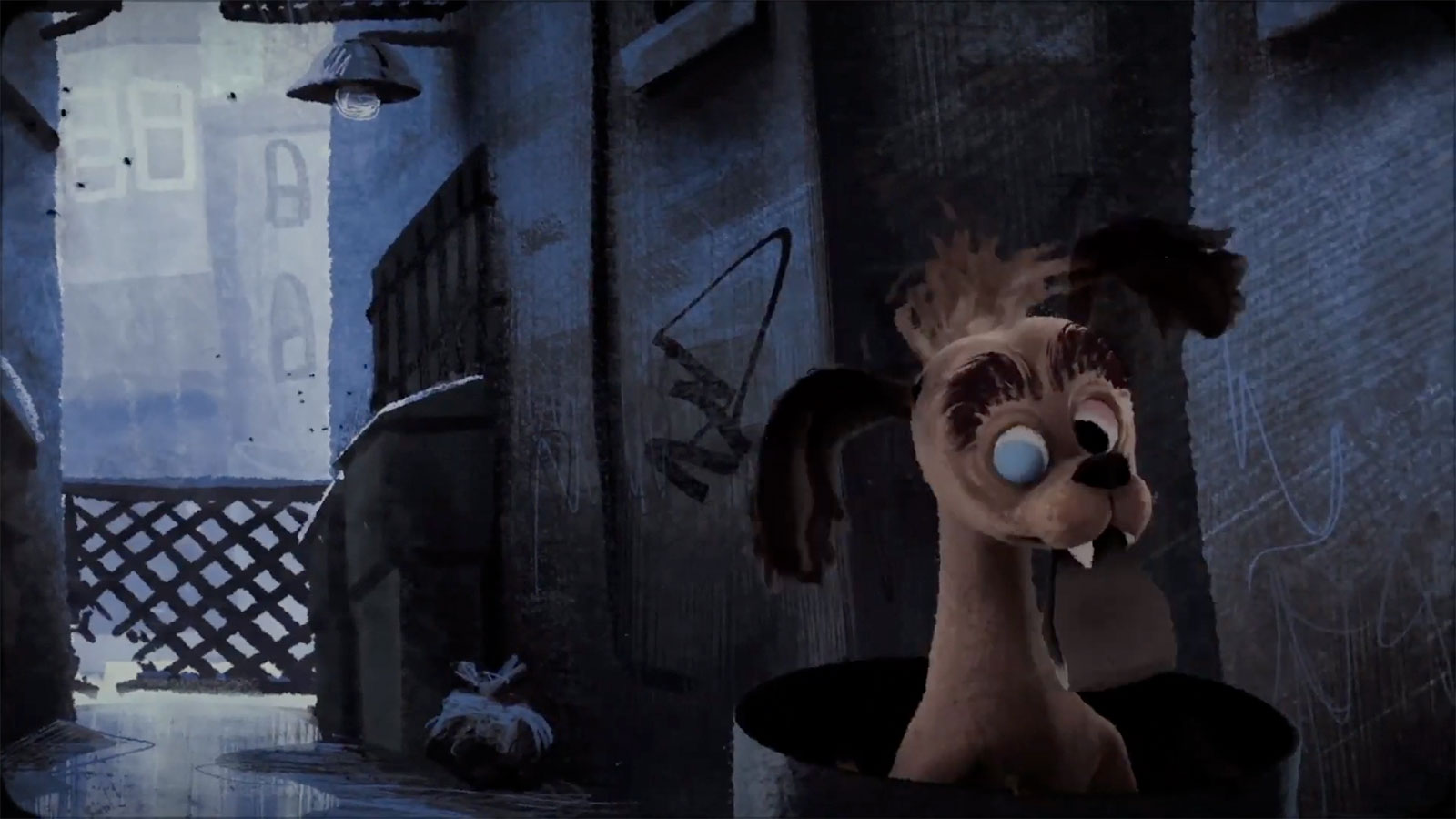 Pets can have such a positive influence on a person's overall health and well-being. Do we really save them or are they saving us?

"The Bridge," an animated video for PAWS NY, explores the latter hypothesis.

Set in New York with Lou Reed's "Perfect Day" playing throughout, the 4-minute video, running on social media and TV, tells the tale of a man battling suicidal thoughts. Concurrently, we see s a dog cruelly thrown from a car and left to fend for itself.

They encounter one another on the Brooklyn Bridge, where the man shoos the dog away. The pair start passing one another regularly, so much so that the man starts bringing treats for the pup and color returns to his aura. But then the dog stops showing up and the human's dark thoughts return. The man is about to jump off the bridge when the pooch, having escaped the local pet adoption center, tackles him and licks his face. As a team, their worlds are significantly brighter.

We spoke with the creative team at Klick Health to learn more about the campaign.

How did you come up with the storyline?

Bernardo Romero, maker: The film was inspired by a heartwarming true story I was told during a difficult time in my life. When riding the New York City subway shortly after losing my own dog, a stranger shared the story with me in an attempt to cheer me up.

Why longform and why animation?

Amy Fortunato, VP, group creative director: The overall art direction of the film was developed to create a hostile world where our characters feel cramped and unwelcomed in the world they inhabit. Our characters’ surroundings are distorted and feature gothic-inspired angles. Meanwhile, the main characters were designed to have unusual proportions and edgy, scribbled textures to portray their stress and agony. The shaky effect on all the characters, objects, and fonts creates an overall sense of instability and a need for resolution.

How did you select the Lou Reed's "Perfect Day?"

Romero: After going through hundreds of iconic songs that could represent the mental state of our character, it was clear to us the "Perfect Day" was the perfect song. We could not be more proud to have this song as a way to articulate the dichotomy between the characters and the definition of a perfect day.