Inside Havas Health+'s pursuit of purpose for all
Brand Logo 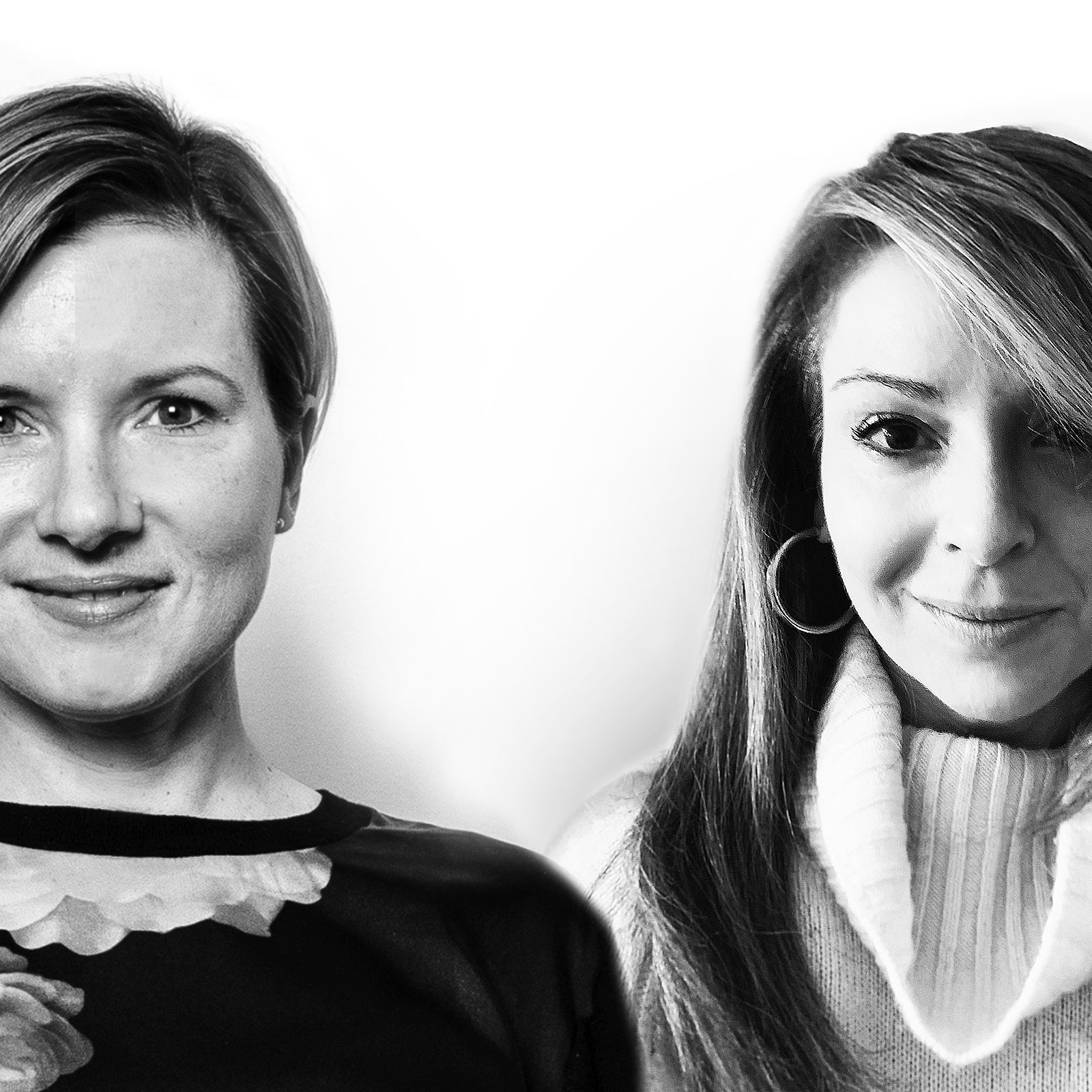 Fresh off a panel on Human Centered Design at the 2022 Cannes Lions International Festival of Creativity, Havas Health+ president and chief creative officer Allison Ceraso is fired up and ready to share her passion for HCD with the industry. "It's a topic that is relevant and important to us all: opening our minds to the process of co-design and focusing on a collaborative way of working to ensure we practice inclusivity, not just preach it."

Ceraso had the opportunity to chat with Jane Motz Hayes, global chief creative and design officer for Havas Health CX, who would agree that "the best design considers the greatest number of people from the start." On the most basic level, inclusive design is a win-win for consumers and brands alike as it expands product reach while building empathy, sparking innovation, and designing for actual change. Motz Hayes was an early adopter of UX, and her foray into inclusive design stemmed from her lifelong curiosity and passion for making things simple and easy to use. She became interested in layering user experience and design with storytelling, content marketing and SEO, and finding different channels to reach wider audiences.

Sitting down with both women, watching the rapid-fire back and forth as they discuss inclusivity and design, is equally enlightening and thought-provoking as they layer their shared design experiences and how their creation process has evolved, along with their hopes for where the next evolution of Human Centered Design can go. Each works from the mindset that accessibility is an outcome, while inclusive design is a process. While they approach it from differing backgrounds and thought processes, it's apparent that they are aligned on these ideals.

Early on, Motz Hayes found inspiration from those around her as she recognized how UX design could meet the needs of seniors. "Maybe it's because the people in my life were getting older, I don't know," she says. "As that knowledge deepened, I became aware of the intersection between what seniors and elders needed from digital products and how that extended to people with disabilities."

Ceraso approaches the topic primarily from a design perspective, appreciating the physicality of creation. "Today, even in a virtual environment, there's a physicality to it because accessibility is about touch and reach and control and access, right?" she says. "It has to do with how we tangibly interact with something. But what you bring to us, Jane, which is so critical, is the need for more participatory design. The best experiences that we create ideally fit the needs, expectations and abilities of those who are using them."

Motz Hayes finds that aspect particularly compelling. "As I met people with disabilities who were experts in other areas, like Agile, I learned important principles about designing for the lifetime of a person, as opposed to their lifecycle with the product," she says. More designers, she emphasizes, need to understand that ultimately, this kind of thinking will affect us all: As we age, our eyesight, hearing and cognitive abilities may change. With those changes comes a need for different user experiences.

Ceraso adds that, for her, the most basic strategy is to include the intended users in the design process. "Because your lived experiences will affect how these products are built, whether they are virtual, physical, experiential," she says. "That deep expertise that you have cannot be replicated by anybody else." There's no better way to understand the hopes, desires and aspirations of those you're designing for than by talking to them directly, hence why co-creation sessions are so vital.

In her experience, Motz Hayes has found that people with disabilities are the OG lifehackers. "They've had to hack the system their whole lives to make it right for them," she says, "because there's a mismatch between their physical bodies and the rest of the world." Her take? Include everyone in the process; don't design purely for the core group. "I can give you a diagram where all the dots in the middle are the 'typical' community," she adds, "but we should be designing for the outer rim because if you capture that outer rim, you get everybody in the middle, but you also capture people who are limb different or hear differently or see differently." She's found that if one designs for people with dyslexia, "you may be limiting the number of font choices that you use, but every single person will be able to read your content because you've considered dyslexia. THAT'S what we're talking about here." 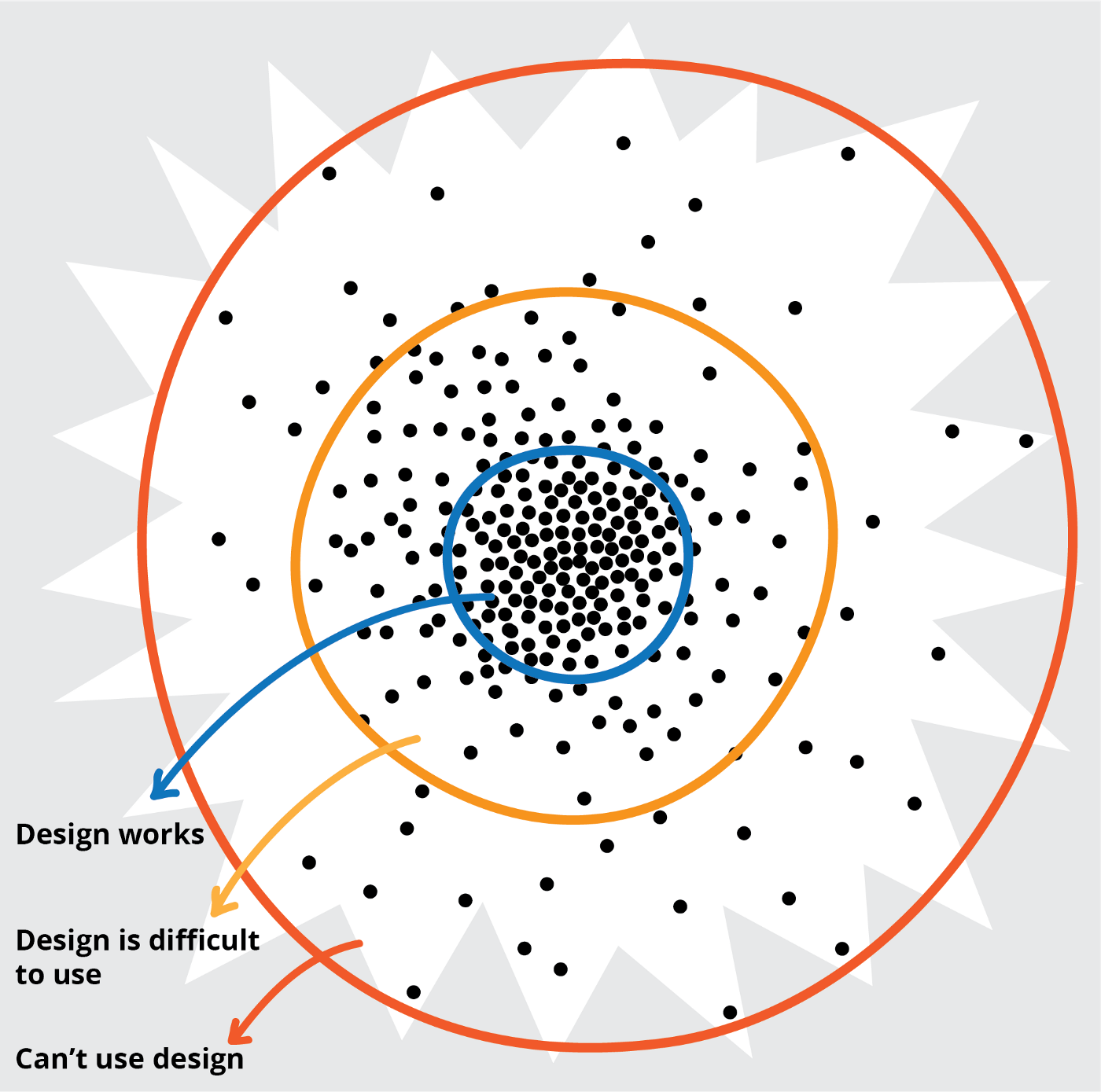 Ceraso pivots to discuss the current buzzword "empathy." While today's climate demands that brands be more empathetic, she laughs, "Brands are not empathetic. It's the people who manage the brands who must practice empathy." With that, they nod to their current client list. Many of the products are on the essential medicines list for the World Health Organization, and Pfizer has created the vaccine that's been saving the world, yet creators don't always address the specific needs, or even the basic accessibility needs, of all humans. "That's why you and I are excited about this, Allison," says Motz Hayes. "We want to make that accessibility happen. We know that we've been doing great work at Havas, award-winning work. We're passionate about the human purpose, but the core of human purpose is all humans and not just some of them. That's why design thinking fails in so many ways."

While inclusivity is important, Motz Hayes is quick to point out that disability exists on a spectrum. "Just because you have one person with dyslexia or cerebral palsy, they don't represent everybody," she says. "And intersectionality can't just be white people with disabilities, it must be people of all different ethnicities and genders. It's wrapping your arms around the process and saying, 'No, we're doing this together.' Then you share in the ideation and the benefits as well." It's easy to look at products and services and think only of functionality, but to build relationships, designers must dig deeper.

Empathy might be the most important aspect of what they do—finding ways to reach customers' hearts and minds requires looking from a different vantage point. Creativity isn't just a practice, it's a mindset which allows for the freedom to view design differently and explore divergent thinking. "As makers, we are conditioned to make for ourselves, but the days of unilateral content creation and one way communication are over," Ceraso says. "The idea of Human Centered Design should pervade every step of the ideation and creation process—from digging into customer insight, idea exploration, concept creation and usability testing. By inviting more diversity into your thinking, widening your vantage point, with people of diverse backgrounds and needs taking part in the process, there's no doubt you will create a better product, and thus outcome, for the very people you are designing for." 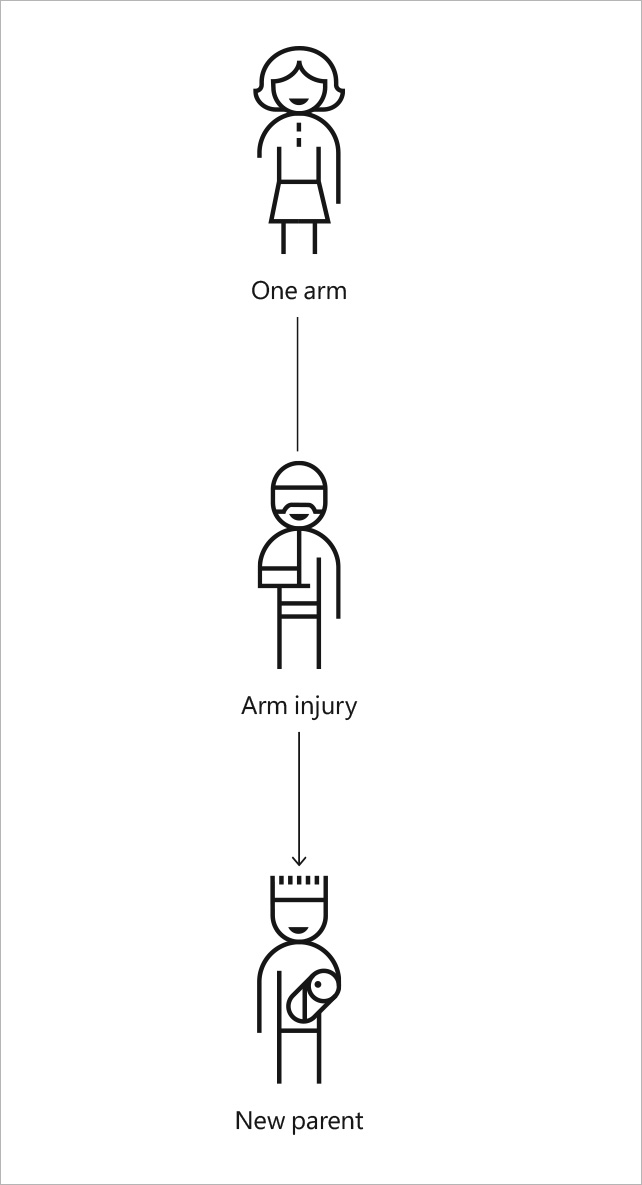 Designing for someone with a permanent disability will benefit those in situations that are like that disability. In that way, we design for one and extend to many. Credit: Microsoft Inclusive Design Toolkit.

The duo recognize they are fortunate to work for an organization like Havas where purpose-driven work is at its very core. It's not just corporate social responsibility but the notion that the livelihood, health and wellness of people exists on a global scale. Ceraso knows her team understands this concept. "The brands we work on, the work we do, has real impact on people's lives," she says. "In the space of health and pharma, our end user doesn't always want to be using our products; they must, for the sake of their health. Building meaningful relationships with customers might be the hardest thing to do in advertising, but when we do it, we change lives and help people be better, and ultimately, live better."

Human Centered Design is the belief that designing for the widest range of people creates better designs and benefits everyone. Because a world that enables everyone is, simply put, a better world.

And that's the world Ceraso and Motz Hayes want to help create.