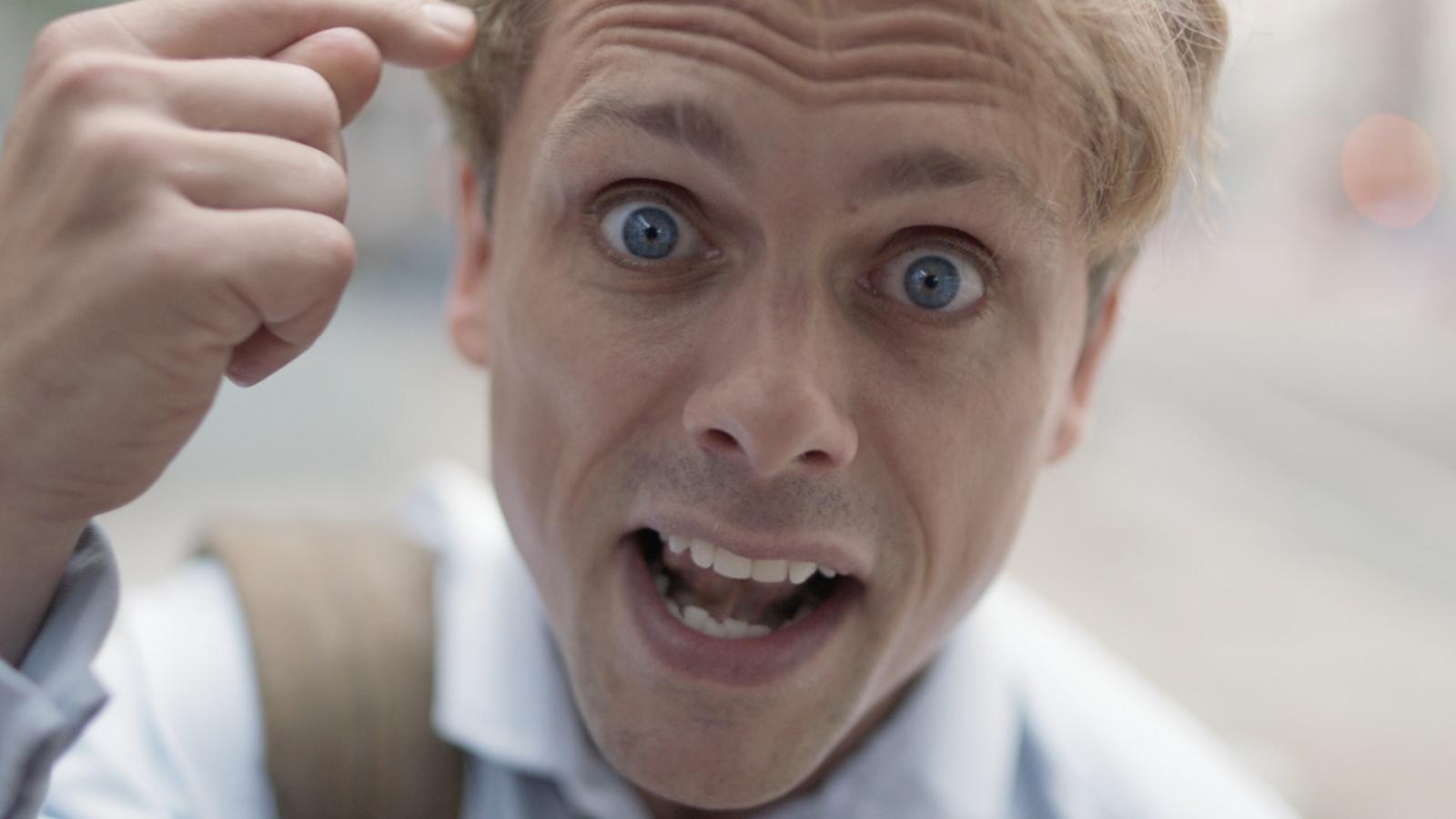 Can an Artful Ad Campaign Help You Deal With Your Anger?

Using a combination of art and science, Grey London is rolling out a remarkable ad campaign designed to help people manage their anger, which will hopefully reduce acts of aggression and impulsive violence in everyday life.

The work, created for Police Now, is centered around a key scientific fact—that it takes just 90 seconds for the neurotransmitters in the brain that cause anger to flush out of your system. This led to the creative idea, "Take 90," which is expressed through various bits of 90-second content—including a 90-second film and a long-copy ad that takes 90 seconds to read.

The hope is that by understanding that anger can pass so quickly, people can more easily learn to manage it.

Check out the film, directed by Grey's own Joseph Ernst, below.

Ernst tells Muse that the team managed to turn around the entire film, from script to screen, in around five days.

The idea for the campaign originated with Olivia Browne, the since-departed managing director of  Grey London, and Tor Garnett, detective superintendent with the Metropolitan Police.

"Originally we started looking at low-level violence, and our increased desensitization to violence," Ernst tells Muse. "But the more we looked at violence, the more it became apparent that violence is a frontline police issue. It wasn't something we could effectively address through advertising. But what we could address were the causes of violence—the main one being anger."

This led the team to some of the theories of Marshall Rosenberg, and Dr. Jill Bolte Taylor's research. "Joe Arnold and Nathan Holley, one of the teams here, stumbled on the fact that it takes 90 seconds for the chemicals associated with anger to flush out of your system," says Ernst.

That fact stood out for several reasons.

"Firstly, it was new—we had always been told to count to 10 when we were angry, but here was a neuroscientist's research saying we should be counting to 90," Ernst says. "Secondly, it was a very simple, catchy fact that anyone could remember. And thirdly, it has an immediate and direct benefit for people who actually take 90 seconds to calm down and regain control of their emotions."

Here is the long-copy print ad, designed to be read in 90 seconds: 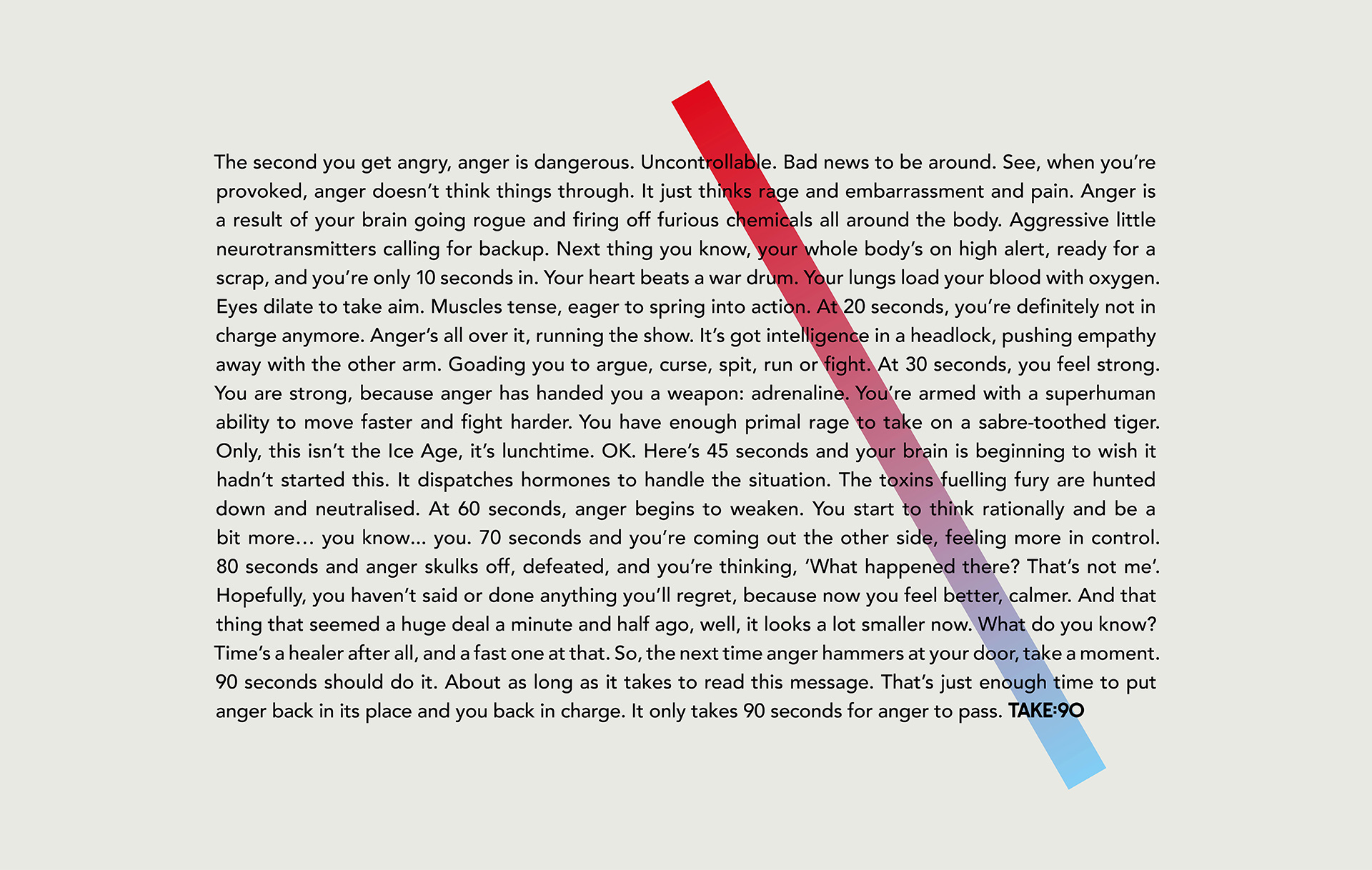 "We spent months refining, tinkering, obsessing over every word, until we got it just right," says Ernst. "There are actually an entire series of long-copy posters, written by Jesse Little, Terry O'Neill, Georgia Horrocks and Matthew Kennedy, each one tailored to a specific location—like bus stops, Tube platforms, train carriages, train platforms, schools, etc. Hopefully these will be coming out over the coming months."

For something more playful for social media, the agency also created animations of angry emojis who quickly become calm:

The campaign—put together with help from other WPP agencies, including Cohn & Wolfe, Hill+Knowlton, Group M and PSB Research—also includes short-copy posters (scroll to the bottom to see those); a series of original meditations created by the mindfulness app Calm; and influencer content across social media.

The key question, of course: Will this campaign actually change behavior?

"Yes, absolutely," predicts Ernst. "Anger is nothing more than a chemical reaction in our body. And once we understand what is going on, we can learn how to cope with that reaction. Obviously something like 'Take 90' isn't going to completely eradicate anger from society—some cases are connected to more serious issues such as mental health, substance abuse, etc.—but for the vast majority of people, it helps explain what is happening to our body, and equips us with a simple tool to deal with it. It is entirely possible to learn to control one's anger. And the science suggests that taking 90 seconds is the simplest and clearest way to do that."

The campaign is being supported by a number of businesses and charities, including CALM, London First, the National Literacy Trust, the British Transport Police, Westfield, Facebook, Next, Vice, UNILAD, Mulberry Schools Trust and CBI. 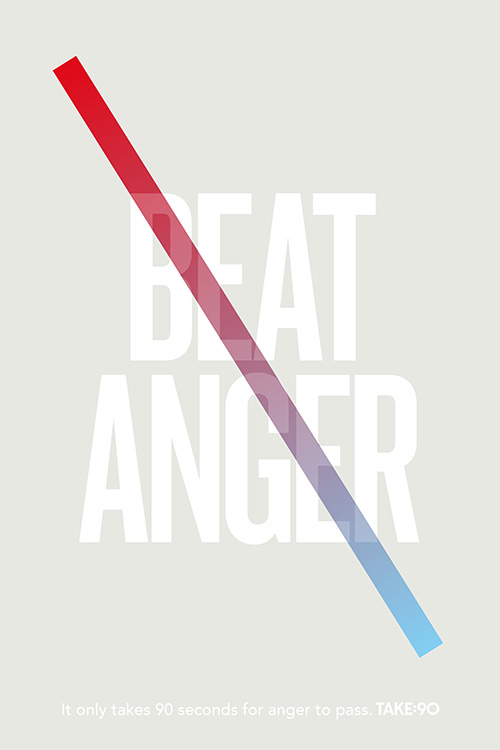 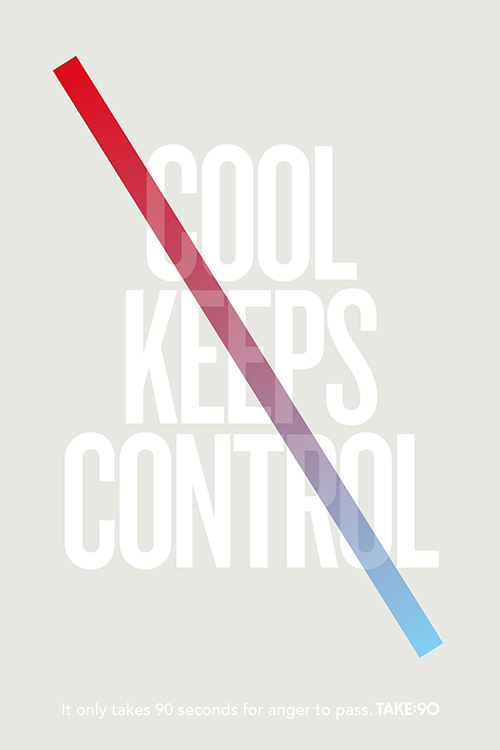 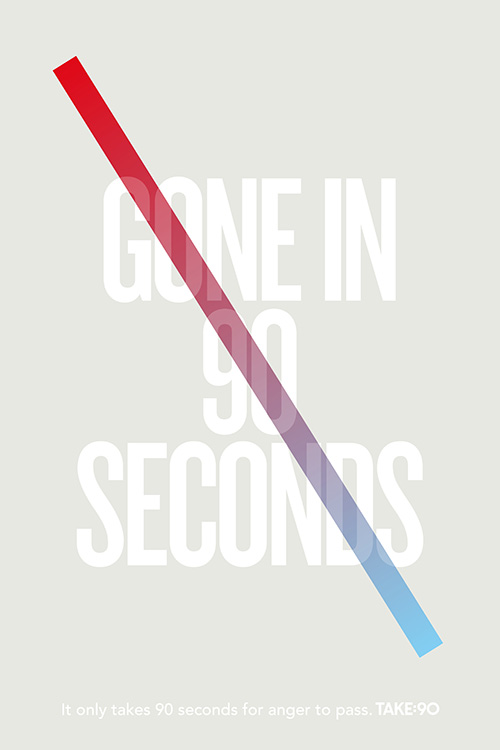 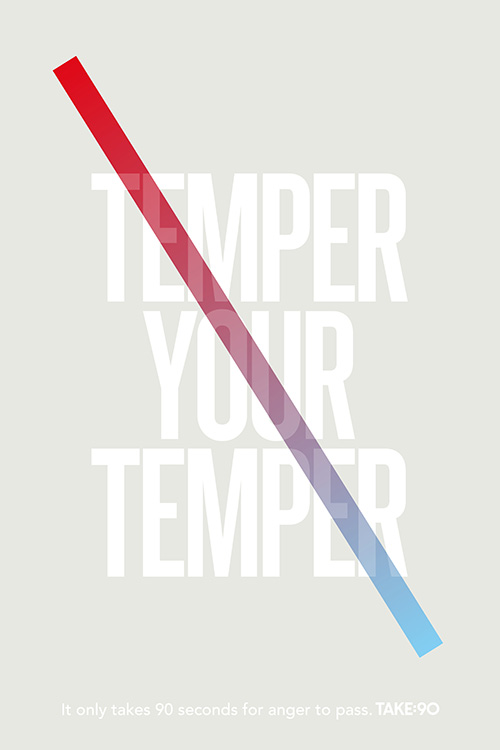 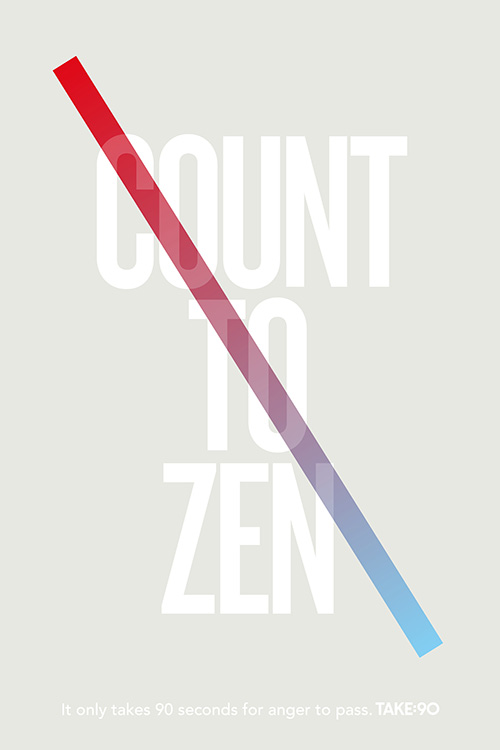 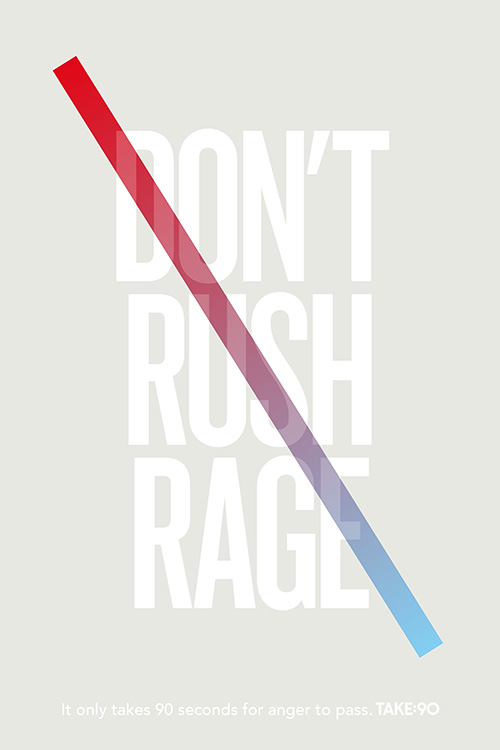 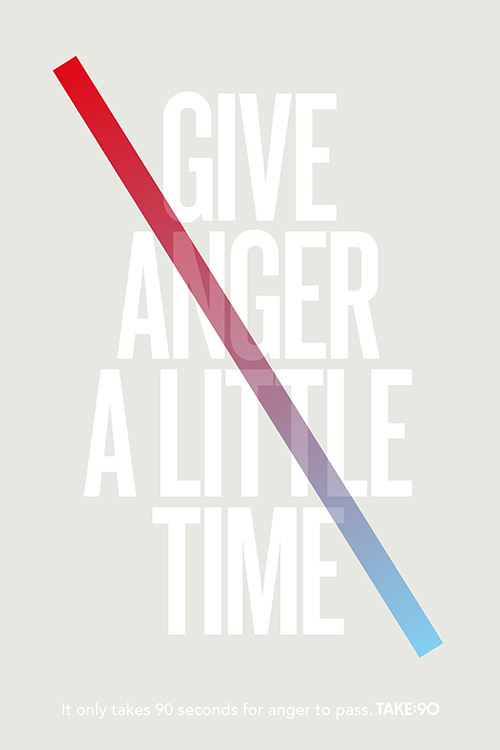 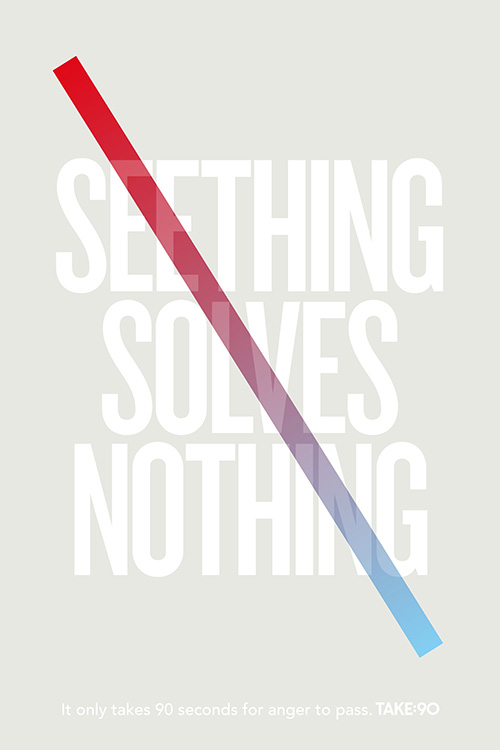 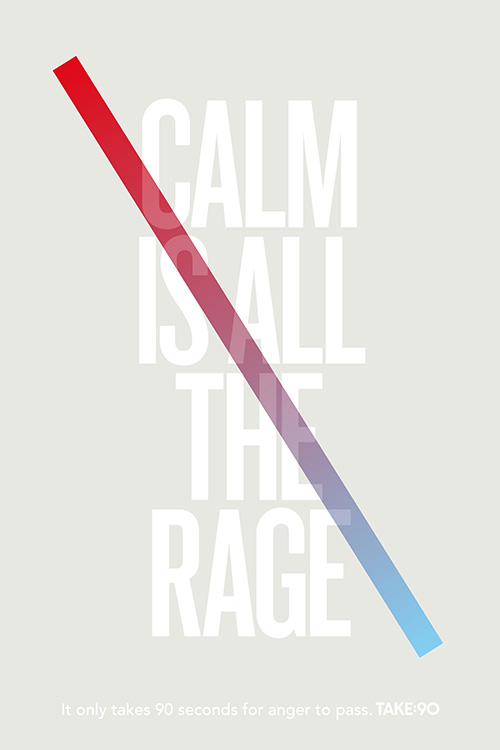