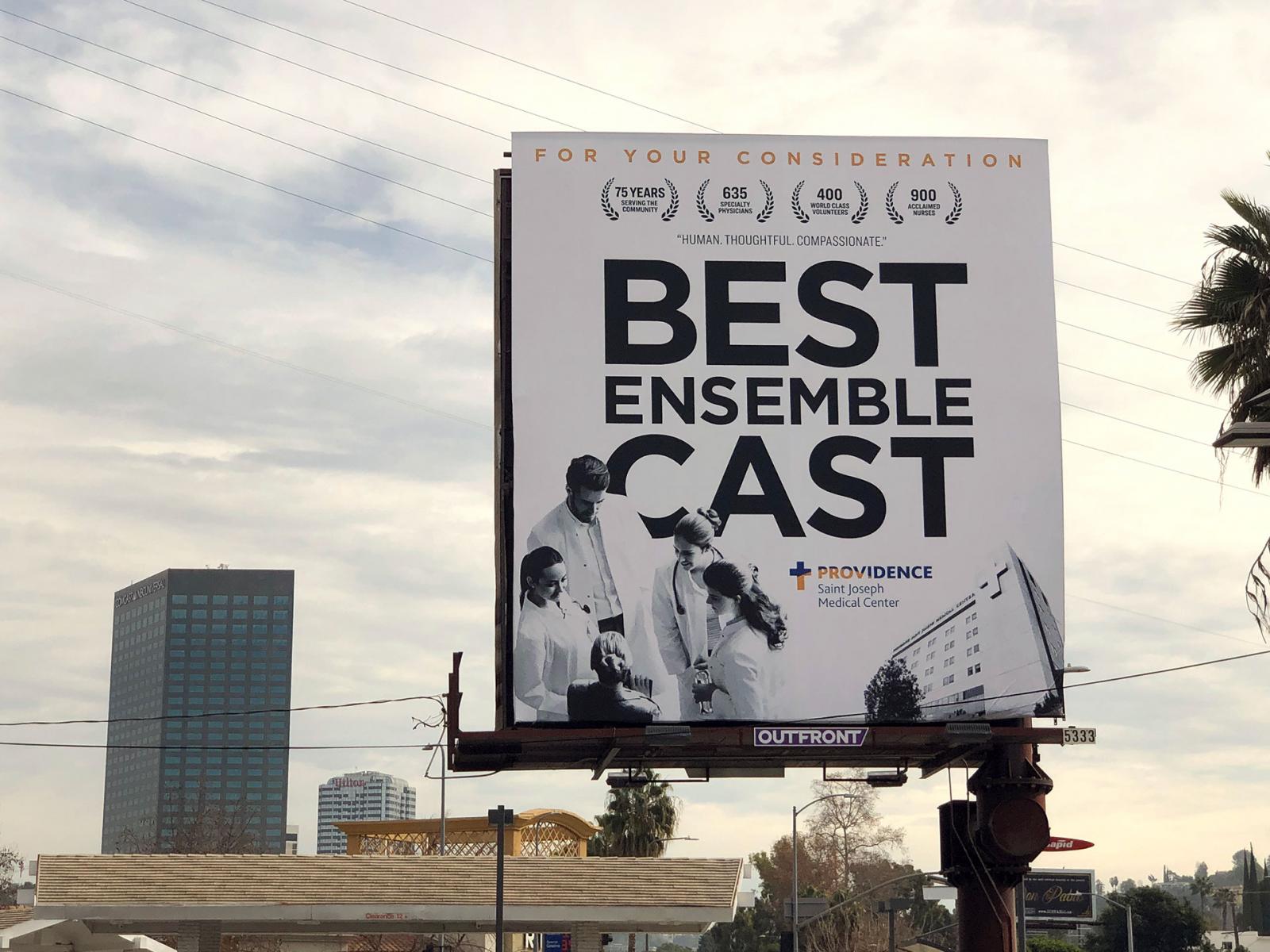 A Burbank Hospital Is Putting 'For Your Consideration' Billboards Up Around L.A.

"For Your Consideration" billboards are a fixture of the out-of-home ad scene in Los Angeles during Hollywood award season. But if it's medical care that you're considering, rather than movies, Providence Saint Joseph Medical Center would like a word. 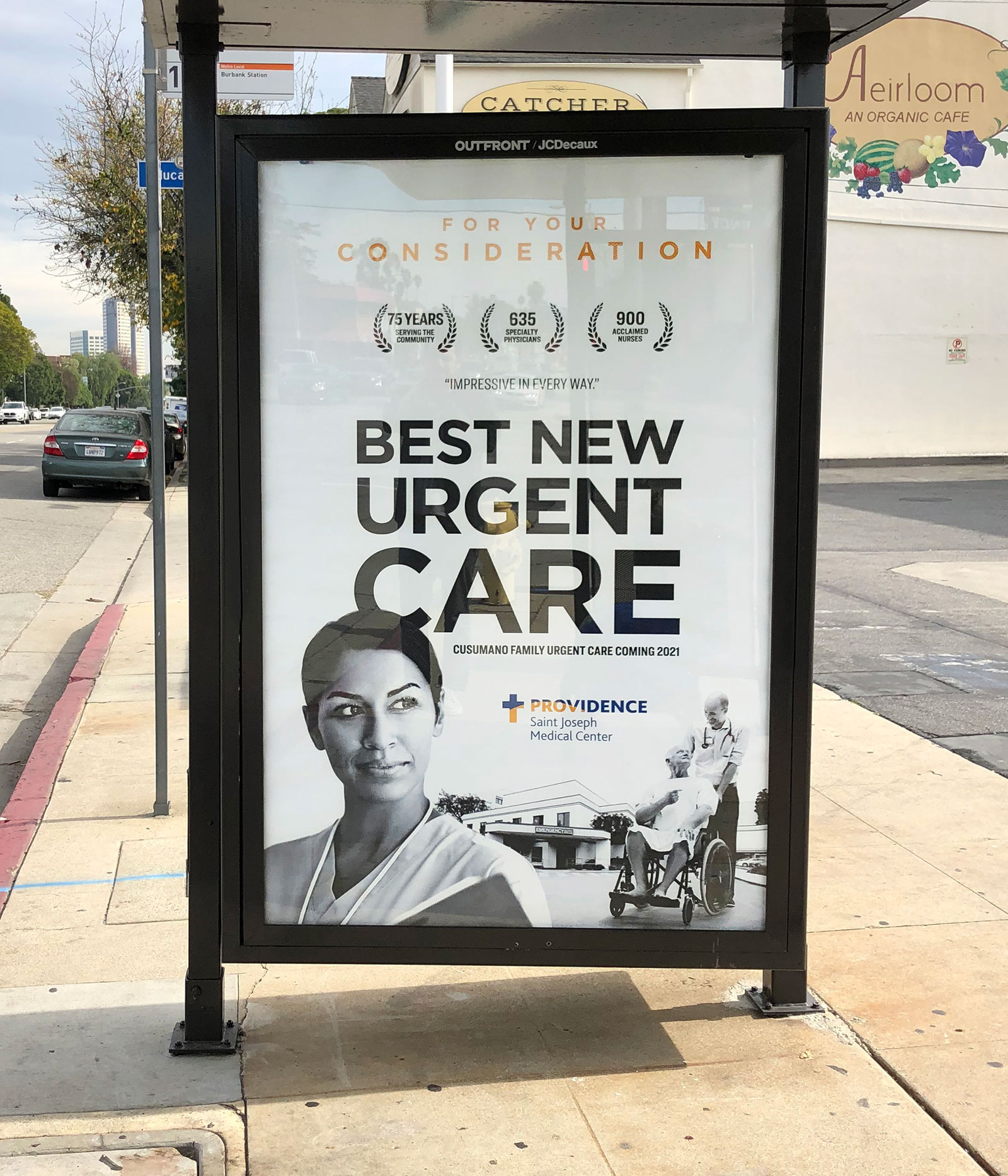 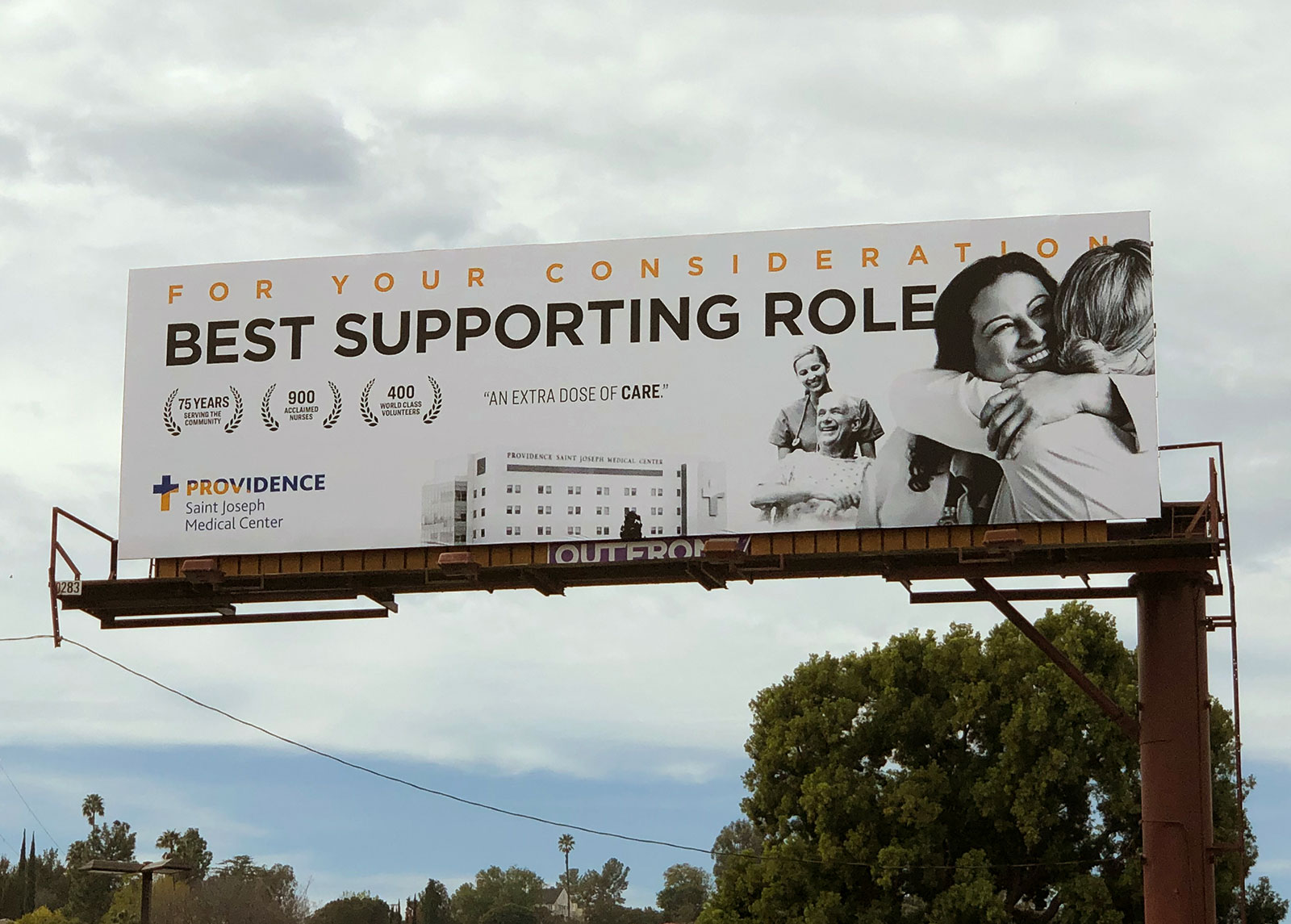 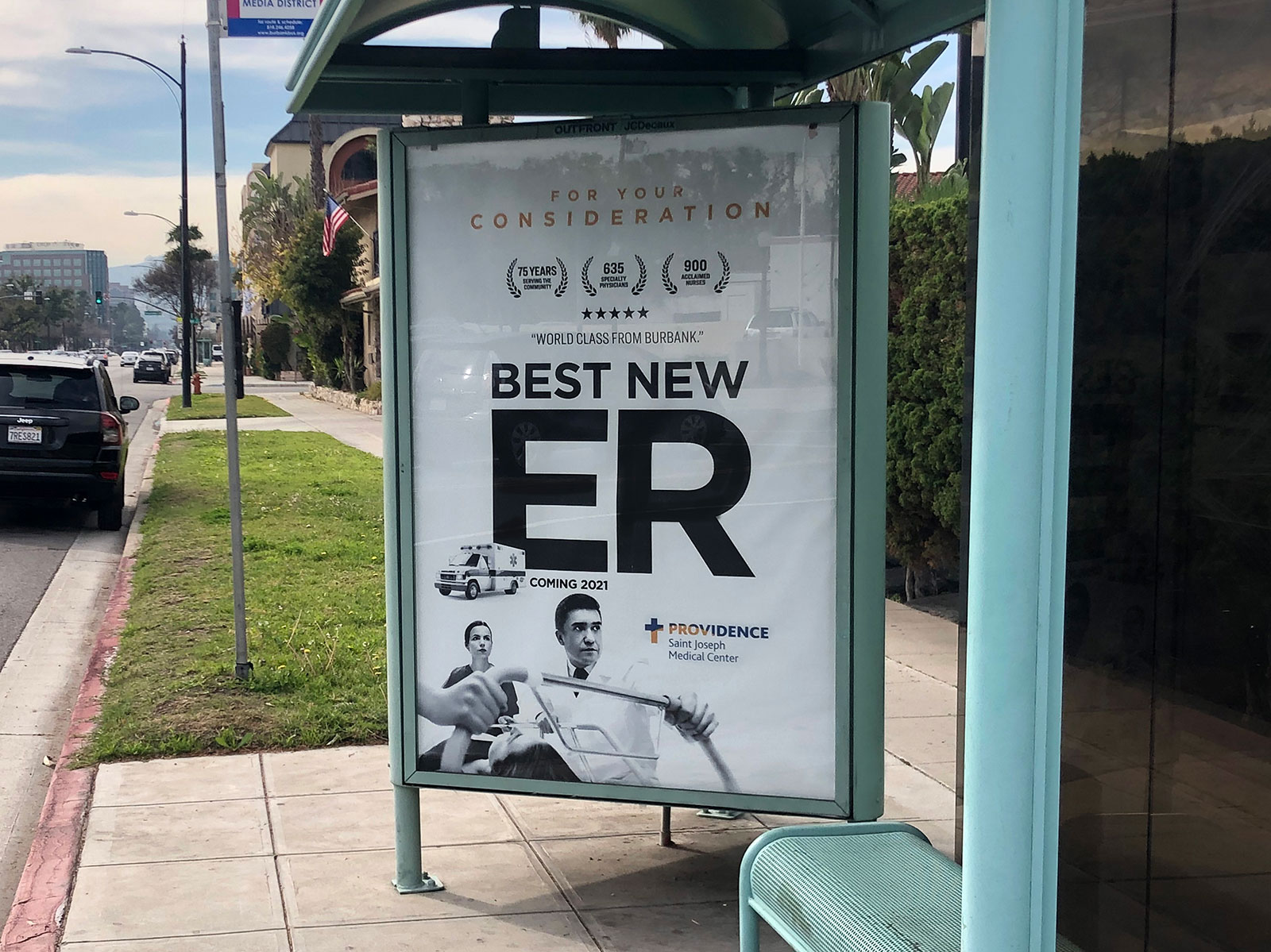 Local agency Phenomenon, which is probably still best known for its work on the Wilson X connected basketball, created the Providence Saint Joseph campaign. The agency has worked with other healthcare clients, including Aetna.

"We were inspired by a very specific but oddly ubiquitous seasonal fixture in Hollywood, the 'For Your Consideration' billboard campaigns," said Phenomenon CEO and founder Krishnan Menon. "It was important to show Angelenos that Providence Saint Joseph is a community hospital that truly understands its patients and neighbors with a campaign that can only be done here in L.A."

"We didn't want an agency that would take a typical approach to healthcare marketing; we needed an innovative and strategic partner that could create a campaign people would remember," added Renée Bianco, MSEd, chief philanthropy officer and executive director of the Providence Saint Joseph Foundation, overseeing all fundraising priorities for the hospital.

"This campaign will give us the visibility we need to generate community support for our new ER and urgent care. It will also let everyone know that our signature compassionate care is just around the corner, in their neighborhood."

Bianco added: "Phenomenon's relentless focus on distilling this campaign to its most essential and impactful elements was nothing short of brilliant."