This Book of 'Euphejisms' Takes Playful Aim at Prostate Cancer

Eu·phe·jism — noun — a mild or indirect word or expression (i.e.: euphemism) substituted for "semen" (male reproductive fluid). Coined by Dustin Ballard and his associates for a book and video designed to combat prostate cancer, which afflicts some 1 in 9 American men and claims more than 30,000 lives annually.

You can savor more "euphejisms" in the two-and-half-minute video below:

Those spewing fountains and nut-hunting squirrels were nice … touches.

That spot promotes Euphejisms: A Glossary of Sperminology, a 100-page softcover book selling for $15 on Etsy. We're assured the volume of 100 terms is "handmade" (heh) and that all proceeds benefit the Prostate Cancer Foundation and ZERO: The End of Prostate Cancer. 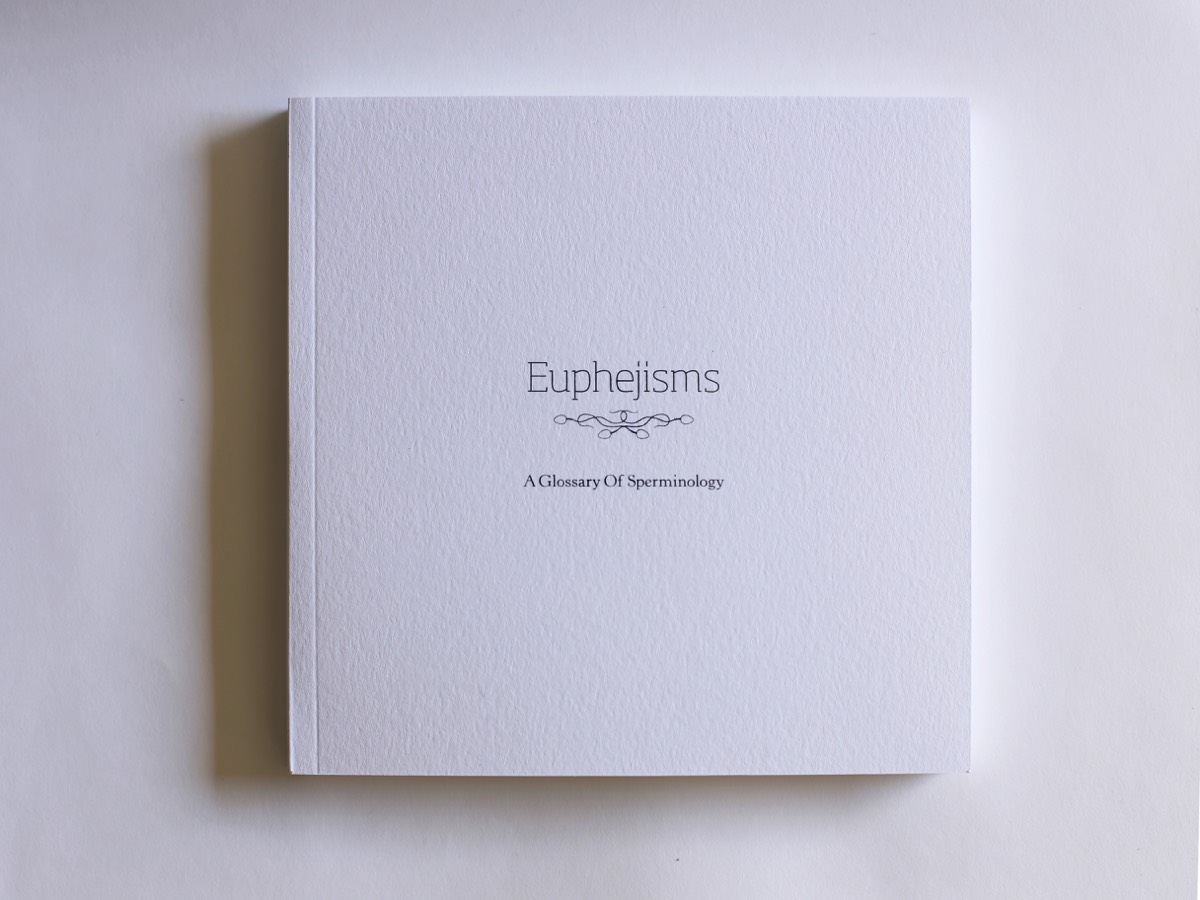 Ballard, a group creative leader and copywriter at The Richards Group, says the idea "started over lunch one day among ad friends. We're all reaching the age where prostate cancer is a real risk, affecting close co-workers even, and it struck us how awkward it is to talk about getting a prostate exam. Frankly, none of us even knew what the prostate did."

After some quick Googling, they determined that the gland helps men ejaculate, so the team decided to "celebrated the prostate's special role while simultaneously arming men with new euphemisms to make it a more comfortable subject to discuss," he says.

Ballard's best-known work at Richards includes ads for Dr Pepper ("Lil' Sweet") and Orkin ("Home Is Where the Bugs Aren't"); he also contributed to CP+B's 2006 Grand Clio-winning BMW Mini "MotorMate" campaign. For this project, not affiliated with Richards, he collaborated with current colleagues Andy Coulston and Jack Westerholt and former agency staffer Kiran Koshy, who directed the video and gets credit for spitting out the term "euphejism." (Mad respect, dude!)

Without corporate backing, "we're hoping the video will take off on its own" and reach enough men in their 40s and 50s to make a difference, Ballard says. "We did place some Facebook ads directing people to the site."

Of late, prostate cancer campaigns have become increasingly diverse to break through the clutter. Along with the sophomoric stylings of "Euphejisms," recent forays include a Shakespearean take on the subject (which also poetically addressed issues of masculinity) and cable-TV host Mike Rowe's on-camera prostate exam from his actual doctor.

For "Euphemisms," investment banker Charles Barry stars in the video, and thankfully keeps his pants on.

"Like all of the team assembled for the project, Charles believes in the importance of the message and was gracious enough to help," says Ballard. "In the face of near constant giggling on set, Charles kept it together remarkably well."