Adland Has a Role to Play in Mental Health, but It Has to Be Done Right

Recently, Dr. Vivek Murthy, the U.S. Surgeon General, was a guest on Bloomberg TV and when asked what he saw as the biggest health challenge facing the U.S. in 2023, his response was probably surprising to many, but not to anyone at our agency. He didn't talk about the next Covid variant that will surely appear, or the host of chronic illnesses, from obesity to heart disease. Rather, his biggest worry is our nation's mental health.

"The one that is most on my mind and that which I'm most deeply concerned about, that I see as foundational to our health, is the mental health crisis we have in our country," Murthy said. "When you struggle with mental health, it doesn't just impact how you feel, it impacts your physical health as well, it impacts how you show up at work, your productivity, and it impacts how our children perform in school. Mental health is the fuel that allows us to show up for our friends, family and community, and when our mental health is negatively impacted it compromises all those fronts."

When you look at the current numbers, it is staggering: Some 5 percent of the U.S. population in 2020 had thoughts of suicidal ideation. Kids in particular showed a 57 percent increase in suicide in the 10 years preceding the pandemic. Things have clearly only gotten more challenging for many kids since the pandemic.

And yet despite this, many struggle to seek out help because of whatever stigma they, their family or their community associate with mental health. However, one approach that we know works are mental health apps and digital platforms.

I emphasize the word "know" because ManTherapy.org, the suicide prevention and mental health program for working-aged men that our agency worked closely on in partnership with the Colorado Department of Public Health and Environment, was evaluated for its effectiveness by the CDC in a clinical study.

The results of the study, published this month, proves definitively that men who were offered Man Therapy as one of the digital tools to assess and address their mental health reported a significant decrease in depression and suicidal ideation over time, as well as a reduction in poor mental health days. Additionally, a follow-on study showed that men in the Man Therapy intervention group reported statistically significantly improved rates of engaging in formal help-seeking behaviors through tools like online treatment locator systems, making or attending a mental health treatment appointment, or attending a professionally led support group than men in the comparison group who received only screening and referrals.

The bottom line: Web-based resources like Man Therapy can play an important role in suicide prevention by destigmatizing mental health issues, engaging with users, and pointing them toward treatment. It also shows that digital tools need to be a part of any community's toolkit to reduce suicide and depression risk. But there are still challenges.

While it is encouraging to learn the effectiveness of mental health technology is now more than conjecture but something that has been scientifically proven, it doesn't necessarily mean people will use it.

In reality, to get folks to bring digital mental health tools into their lives, they need to learn about them, understand how they work, and who the brand behind them is. In short, they need an advertising agency.

And like any client challenge, there is no magic solution, especially when it comes to mental health. Man Therapy connected with its audience of middle-aged men, one of the leading demographics for suicide, with humor via the creation of an original character, Dr. Rich Mahogany—a cross between Ron Swanson from Parks and Recreation and Ron Burgundy from Anchorman. In the campaign, he would speak directly to the camera, cleverly breaking the ice, shrinking stigmas, and getting men thinking about, talking about, and addressing their mental health needs.

Creativity, innovation and communication can solve any branding challenge. The same is true for mental health. Agencies working in this space have an obligation to break the stigma surrounding mental health by making it approachable and encouraging people to get help. But how should they do that exactly?

It sounds cliché to say but the fact is the mental health space is unlike any other because so much is riding on it. This isn't the launch of a new soda or fast-food menu item, after all. Your work in this space as the AOR cannot be viewed as simply another portfolio play. You have to be in the space to do some good.

I was reminded of the importance of the work we did on this when one night I checked the Man Therapy general email box and read an email actually addressed to Dr. Rich from a combat veteran in Baton Rouge, Louisiana, who was referred to the site by his therapist. He wrote a deeply touching, lengthy email about how powerful the website was and what a huge difference it made for him and the other soldiers in his platoon.

What began as a small campaign and passion project for our home state of Colorado was suddenly making an impact with the people we were intending to reach at the outset.

Advertising is a powerful thing, especially when focused on something as important as mental health. Let's use that power wisely. 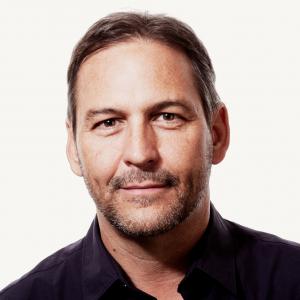 Joe Conrad
Joe Conrad is founder and CEO of Cactus in Denver.
More from Joe Conrad