This Ad About Anemia Shows Indian Women Like Never Before

If you're suffering from anemia, iron's more precious than gold.

Roughly half of all women in India suffer from anemia caused by iron deficiency. The campaign subverts several cultural tropes to raise awareness and encourage the consumption of foods rich in iron.

"Streedhan" refers to a woman's value, measured by the amount of gold she possesses, starting from her marriage. During the annual Hindu festival season, discounts and special offers on gold and jewelry assail Indian women through the media.

The campaign turns these notions on their head, with "Streedhan" alluding to iron instead of gold across content such as this beat-driven film that mimics the style of regional jewelry come-ons:

Indian women are rarely, if ever, seen eating in ads, so the spot drew considerable attention on that score.

"We wanted to create a sense of urgency among women and get them to shed their ennui when it comes to taking care of themselves," FCB Ulka creative chief Swati Bhattacharya tell Muse. "In India, women either sacrifice food for their families or they count calories. Either way, they don't eat enough of it. We wanted to change that behavior by showing radical images of women simply enjoying their food—a sight that's barely ever been seen globally, let alone in Indian advertising."

This next film takes a fun, informative approach to the "bloody problem" of anemia:

"Project Streedhan" harnessed local influencers and engaged dozens of gold brands to spread the word. The team took a traveling installation to India's largest jewelry mall and other shopping sites, and produced edible, iron-rich jewelry to drive its point home. So far, in just two weeks, the campaign has generated 9 million views across all platforms.

See a piece of the jewelry here: 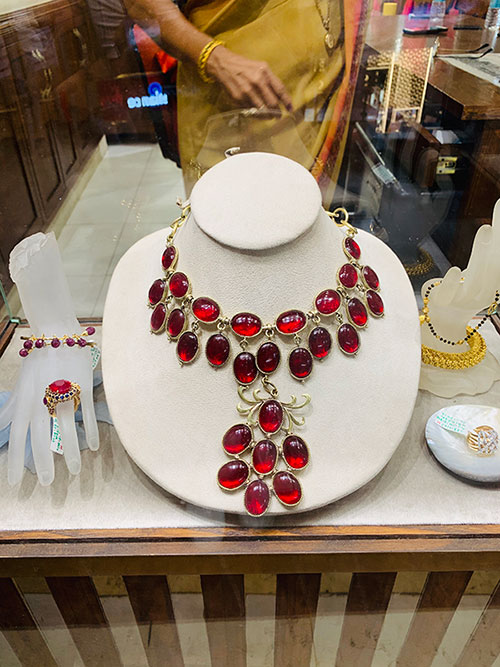 DSM embarked on the project after noting the effectiveness of the FCB Ulka's "No Conditions Apply" campaign for the Times of India. That award-winning work invited all women to participate in the Hindu festival of Durga Puja, a celebration traditionally for wives only.

With "Project Streedhan," it was important to talk to women directly, "because anemic women give birth to anemic children—a vicious cycle that hasn't been resolved and has barely been addressed in both urban and rural areas," Bhattacharya explains. "Apart from awareness, we also wanted to give them the necessary ammunition to prevent it. That's why our campaign was designed as a clarion call for women to invest in themselves by eating iron-rich foods."

While the concept is rooted in reinterpreting Indian culture, "the way the film has been shot also strives to address a global issue—the portrayal and relationship of women and food," she says. "Online, there's no dearth of photos of attractive women gracefully holding delicious-looking treats. But there's usually one crucial element that's missing from these photos: women actually eating food. In India, when the woman isn't shown coyly smiling at her salad, she becomes the provider—to her husband, her kids and her family. She serves and cooks for them, but never for herself. We wanted to shatter that."

As it turns out, that state of affairs had ramifications on set.

"While shooting, the models would be eating very self-consciously, and for a film that tells women to eat more iron-rich foods, that wouldn't work," Bhattacharya says. "Women across India, including these models, have been always instructed to 'Eat like a lady!' This usually translates into taking small, careful bites. It was really difficult to get those carefree indulgent images we needed. Finally, when we told the models to 'Eat like no one was looking,' they started to eat the way food is supposed to be eaten—with guilt-free enjoyment and pure pleasure."

Additionally, the team wanted to promote inclusivity. So, "the lady dressed as the bride was actually a transgender woman," Bhattacharya says. "A transgender woman has never previously been showcased as a bride in any kind of communication in India."