'Tag' Isn't a Real Video Game, but It's Being Marketed Like One

DIG Studios has released a jewel of a game. It's lag-free, contains thousands of maps, and boasts graphics so clear it'll make your eyes water.

Just kidding! This is actually a stealth campaign by Persil, which seeks to fuel the longtail of laundry-detergent sales by convincing kids to play outside, as we did in the pre-internet days, when all our toys were sticks and rocks.

Besides worrying the existential dickens out of Persil, this also concerns parents: 57 percent of them find lack of time spent playing outside will result in kids who have no connection with nature or the outdoors. One in five (22 percent) feel this lack of connection will make it hard for kids to understand why respecting the environment is important.

"For over 20 years, Persil's 'Dirt Is Good' has championed the enduring belief that when children are free to get dirty, they can reach their full potential, and that stains are a mark of a life fully lived," says Tati Lindenberg, marketing VP at Unilever and "Dirt Is Good." "When we realized that more and more children are losing touch with the outdoors and the natural world, we wanted to do something to get them excited to get outside and get dirty again. In order to do this in a way that effectively spoke to our audience, we took the decision to harness the power of the gaming world, rather than fight against it."

Lola MullenLowe Madrid produced the :60 trailer. Its Lord of the Flies-meets-Hunger Games vibe is a convincing mimic of any number of gaming ads. Then, the fictional Dig Studios—"a gaming studio based in the U.K. and creators of #TAGTHEGAME"—was outfitted with its own promotional Instagram page.

Next, influencers were invoked. Six were chosen to promote the "simple sports simulation console game" to their bases, totaling 10.2 million people.

Executive director Katie-Jo Flynn of Golin London, which partnered with Lola MullenLowe to make the hoax happen, says influencers had to be convinced "beyond doubt" that this really was a video game, and not a, well, live game.

"For the reveal and pay off to feel impactful, reactions of our gaming influencer team had to be authentic, which meant we went to pretty extreme lengths in the lead up to keep our cover going," Flynn explains.

We take this to mean that influencers weren't able to see the trailer until they were livestreaming it on Twitch. Thus their reactions to discovering the "only available in real life" twist were genuine. Here's Ethan the Gamer's stream.

In addition to social media and influencer channels, "Tag the Game" also appears on TV, and is supported by out-of-home and digital out-of-home collateral.

"Persil 'Dirt Is Good' is an iconic brand and one that has real heritage in this space," says Tomas Ostiglia, Lola MullenLowe's executive creative director. "We love that they are willing to make bold decisions and really push the boundaries of what's possible in order to get kids back outside and getting dirty. Having said that, we never thought we'd be creating a gaming trailer for a detergent brand." 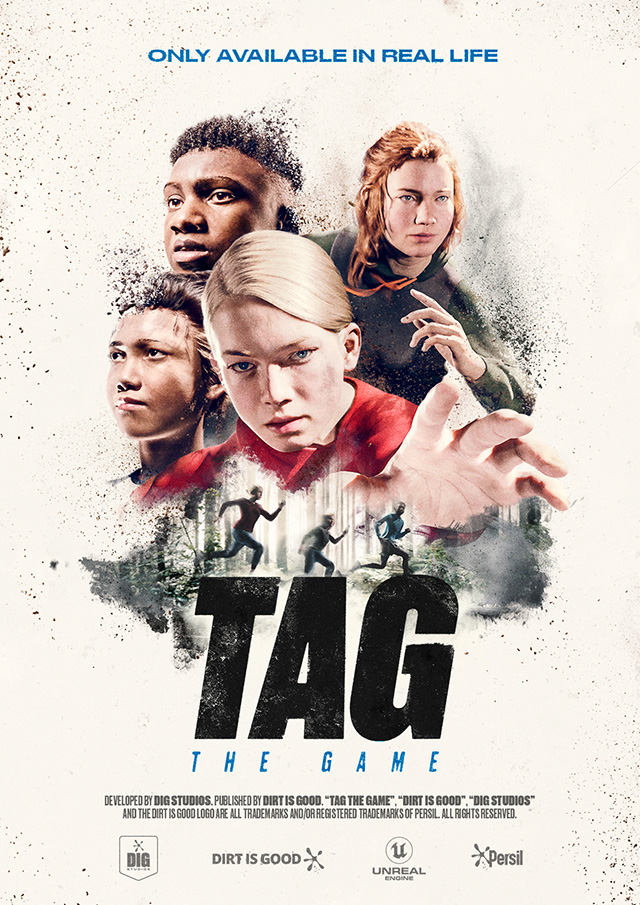