Resident Evil 4 Is Even More Horrifying in Oculus 'Fear Truck' 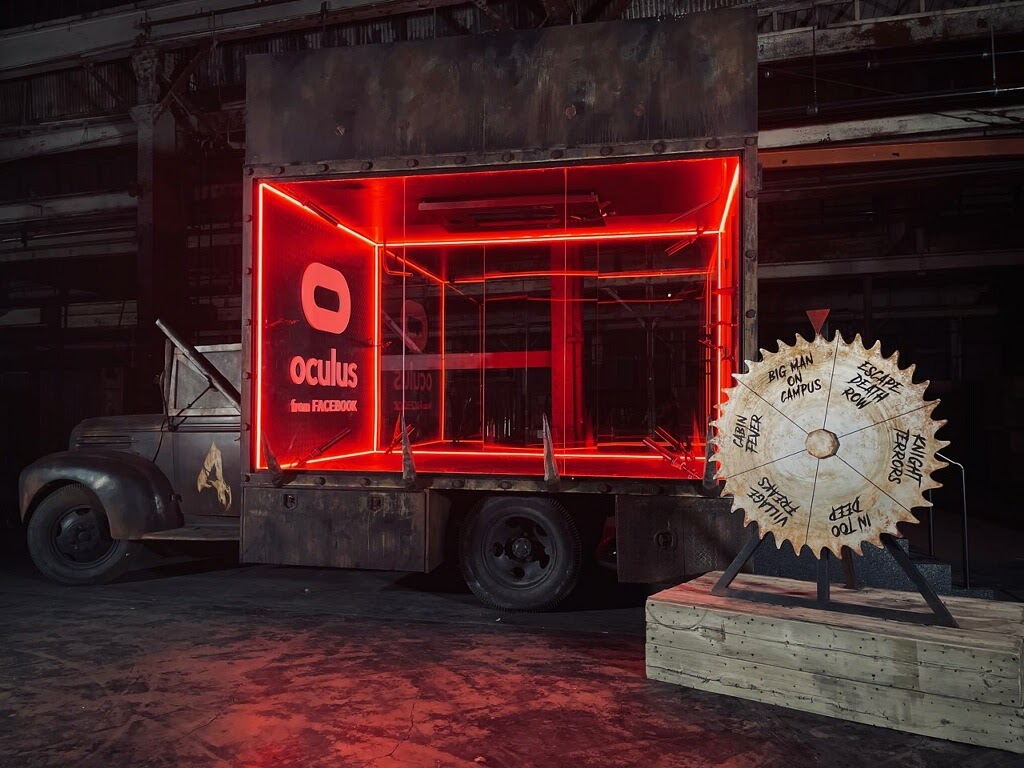 As if college weren't scary enough already, Facebook Reality Labs and agency DeepLocal drove a "Fear Truck" on campus to give students a taste of the thrills and chills in Resident Evil 4 via FB's Oculus Quest 2 VR headset.

The vintage pickup resembles a vehicle from the scary game. It hauls a transparent 10-by-10-by-12-foot cube equipped with pneumatic cannons that shoot air, slime and foam, plus a tactile sensor to provide jolts as gamers experience Resident Evil's VR edition.

Screams! More screams! Game graphics! Hokey footage of a masked chainsaw killer stalking a library! It's all waiting for you in this video shot at L.A.'s Pierce College:

Gameplay footage from the participants' Oculus Quest 2 headsets was beamed onto screens so spectators could follow along. Highlights from inside the cube include:

It's kind of like Survival Billboard meets Sensurround—whatever that was—with buckets of Nickelodeon slime tossed in.

For the Halloween road trip, DeepLocal "focused on user experience and aesthetic details," says agency managing director Chad Calcagno. "We started with a 1941 Ford truck and stripped it all the way down to the frame, building our 'Fear Truck' back up from scratch."

"In bringing Resident Evil 4 to Quest 2, we had a huge responsibility and opportunity," Chelsey Susin Kantor, head of brand and integrated marketing at Oculus, tells Muse. "It's an iconic franchise and being able to step into [game character] Leon's shoes for the first time in VR allows you to experience horror like never before. To bring that sense of immersion to life, game trailers alone wouldn't cut it."

Twitch influencers AngryPug and Jakenbakelive got in on the action, too, with tie-ins that went live yesterday.